Listen through the burqa 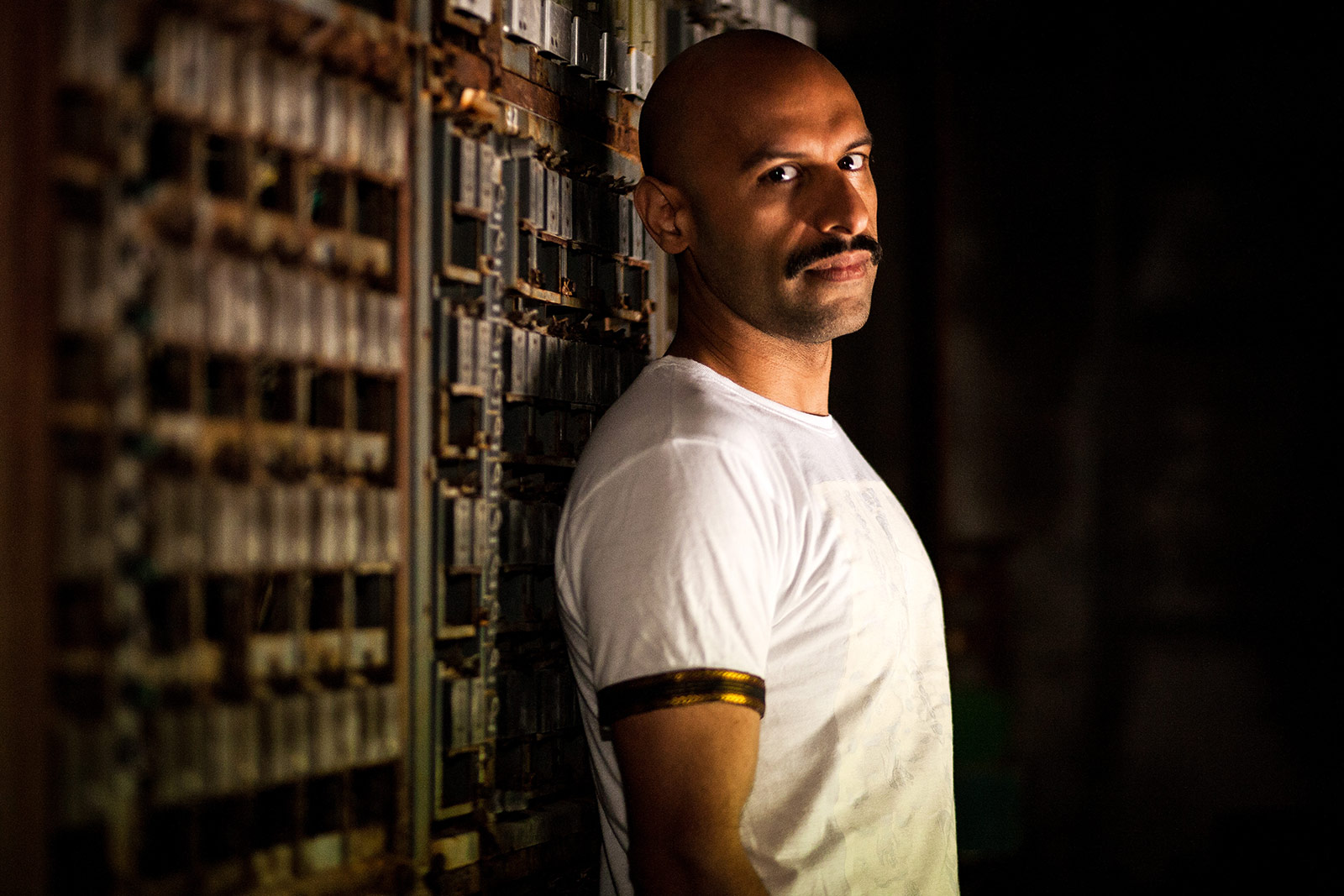 Nima Chatrsimab, now NYMA, has just released a new LP, XYXX. It’s all about the idea of who we really are, about our essence as human beings regardless of sex, race, status or any other social construction. The Tehran-born, Berlin-based DJ and producer describes his sound as “newdelic”, and his music is mainly inspired by the people who surround him and show him life from a different perspective. And it’s been thanks to a chance encounter with Noisy Vibration, who gives voice to the songs of the album, that XYXX exists. Today we talk with him to discover who’s hiding behind the burqa featured on the LP’s cover. 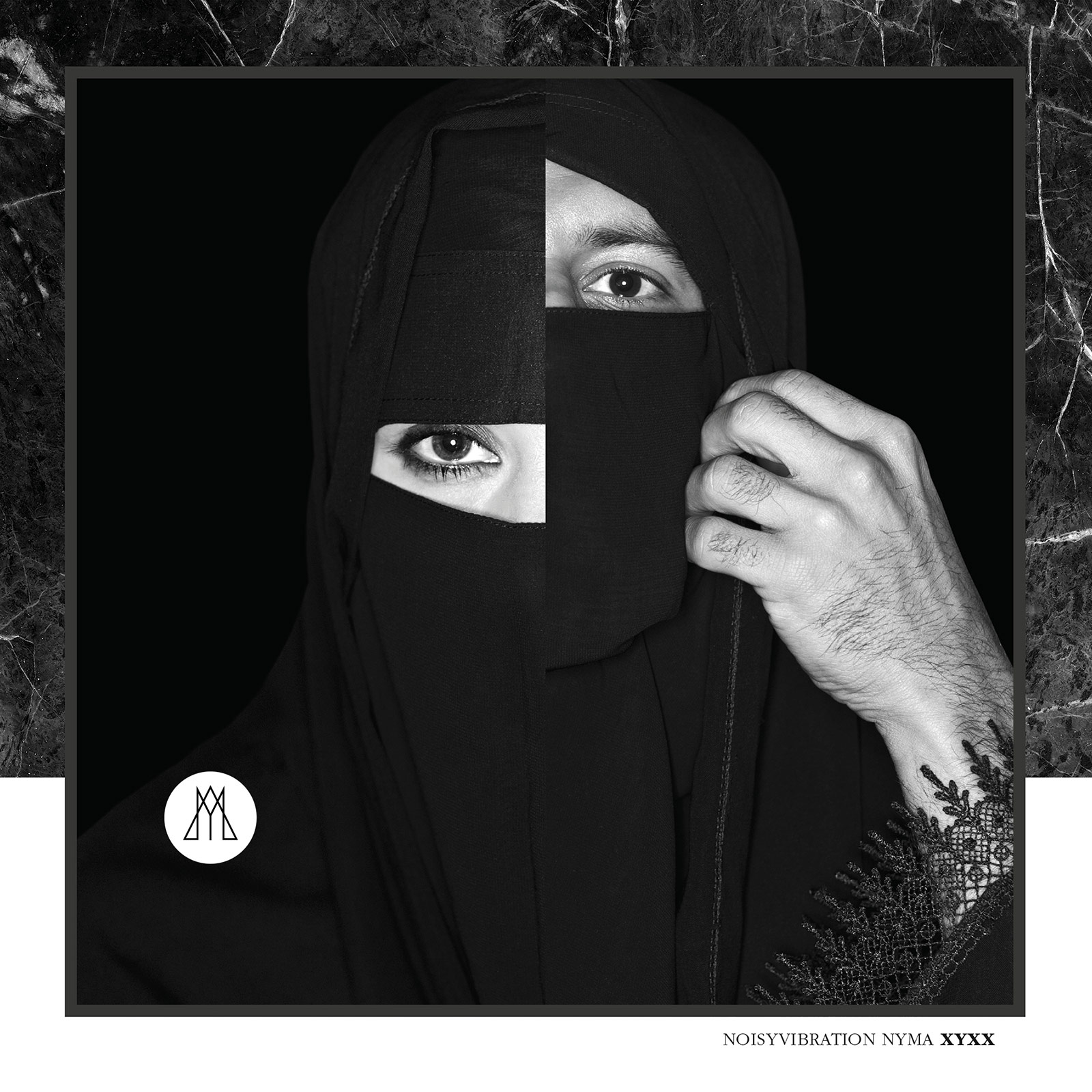 You’re known for being NYMA, but who is Nima Chatrsimab?
I think it's the other way around. I'm known for being Nima Chatrsimab and the question is who is NYMA. That's what I thought when I took that name and crossed it out and it became XYXX.
How did you get into music, and when and how did you decide to make it your profession?
I was always connected to music, but it really got me when I was sixteen. I started to play records and I produced music with Rebirth. As well, I started to go clubbing in Berlin’s mid-‘90s club scene. It was vibrant and fun. I took it from there.
You’ve worked as the touring and studio support engineer for various artists such as Richie Hawtin, Carl Craig, Magda, Moritz Von Oswald and Loco Dice. What did you learn from those times? Any special lesson or advice you’d like to share?
It's all an illusion! Everybody is cooking their food with hot water. Behind every success there is hard work and determination, you have to make compromises and be very focused. Everything is changing permanently; whoever tries to understand it is already old and forgotten. Always be humble. Don't look back, but never forget. Let everything go, now. You are just a tiny wheel in a big machine. Sleep and good health are crucial for a fulfilled and happy life. Everything is a remix.
How would you describe your sound?
Newdelic.
Your new LP, XYXX, was released a few days ago. What’s the concept behind it? XY and XX make me think of gender, does it have any relation to it?
It definitely plays with it. I think it’s about the idea of who we really are. Do you see me behind my mask(s)? Based on your chromosomes you're a man or a woman, but do you really know me? Do you really feel me? Do you really see me? And how do I feel in my own body? Home or foreign?
Maybe it’s like asking to choose among your children, but I’ll take the risk: what is your favourite track on it and why?
I would definitely say the track Noisy Vibration. I also need to mention here that this song was recorded in one take and never got edited. What happened in that recording was beyond my daily studio experience. I really hope this song will be heard by as many people as possible. It's beyond my persona.

The Toronto-based vocalist Noisy Vibration gives voice to your songs. How did this collaboration start? Why did you choose to feature her? How does she complement, or in what ways does she contribute to your music?
We met in the summer, on the 1st of May, in Berlin’s Kreuzberg. Literally, our paths crossed each other, we got introduced by a mutual friend. I was immediately inspired and fascinated by her. We talked, we danced and a few days later we recorded all the songs that you hear on the album – plus a few more. That summer we became very close friends. Without her this album wouldn’t exist, I guess that says it all. The project came to life through her and her voice.
In the album’s cover, both of you appear behind a burqa. In that image, we see the celebration of both preconceptions, sex and race. What do you want to tell with it?
Male and female energies are equally within us. Don’t get fooled by the physical body. The burqa stands also for protection here.
The track Horses of Imagination is an explicitly Arabic spoken-word piece. What does it mean to you and how important was it for you to include a piece like this on the LP?
This poem is by the fashion designer and friend of mine Amine Bendriouich. He is from Morocco and I wanted to feature him. It is about love and disappointment about your partner/relationship. For many, it might sound harsh and aggressive, but I love the Arabic language. It’s very powerful and beautiful.

We love that you’re strongly celebrating your origins throughout the whole album. Do you feel that there is still prejudice in the music industry (or in society in general), or is it something that is now blurred?
Of course, it is better coded and hidden these days, but you can sense it all the time. Our world is divided into the first world, second world, third world, and so on. Our system is based on an old consciousness. So this game is based on that as well. It’s about power and how to survive. The song Taken was inspired by that.
The album features themes like sex, race, unity and destruction. Is it difficult for you to put out there creations about such controversial themes? Or is it something you feel that needs to be done?
There was not really a plan or thinking that ‘the world needs to hear that’. It all came into place when I started producing the tracks and listening to the vocals. I think it’s something that happened really naturally. As I mentioned before, we went for long walks through Berlin and exchanged ideas and feelings. Those philosophical exchanges had a huge impact and set the tone for the record.
We know that you’re inspired by the chaos of the world in order to lead yourself and others to a better path. How do you plan to do this and evoke such direction to the listener?
I always say you are the only thing that matters. Take a deep breath and re-direct the focus into yourself, it's all in you. I really hope that people can direct themselves to see and listen through the burqa. I hope they see the amount of hours, consciousness and attention (and love) to detail we’ve put into this record. Appreciate it, and feel inspired.
Both musically and outside the music industry, who inspires you the most?
I could drop some famous names now, but to be very honest, it’s the people I meet in my daily life or when I go out at night that inspire me the most. It happens when I see this one particular person who inspires me and lets me see life from a different perspective or lets me understand that we’re much more than we usually believe.
What’s your biggest wish for the future of the world?
World peace between all nations. Food and education for everyone, regardless of any status.
And for your own future, career-wise?
To stay always independent and authentic. To be successful and grow in a collective bond.