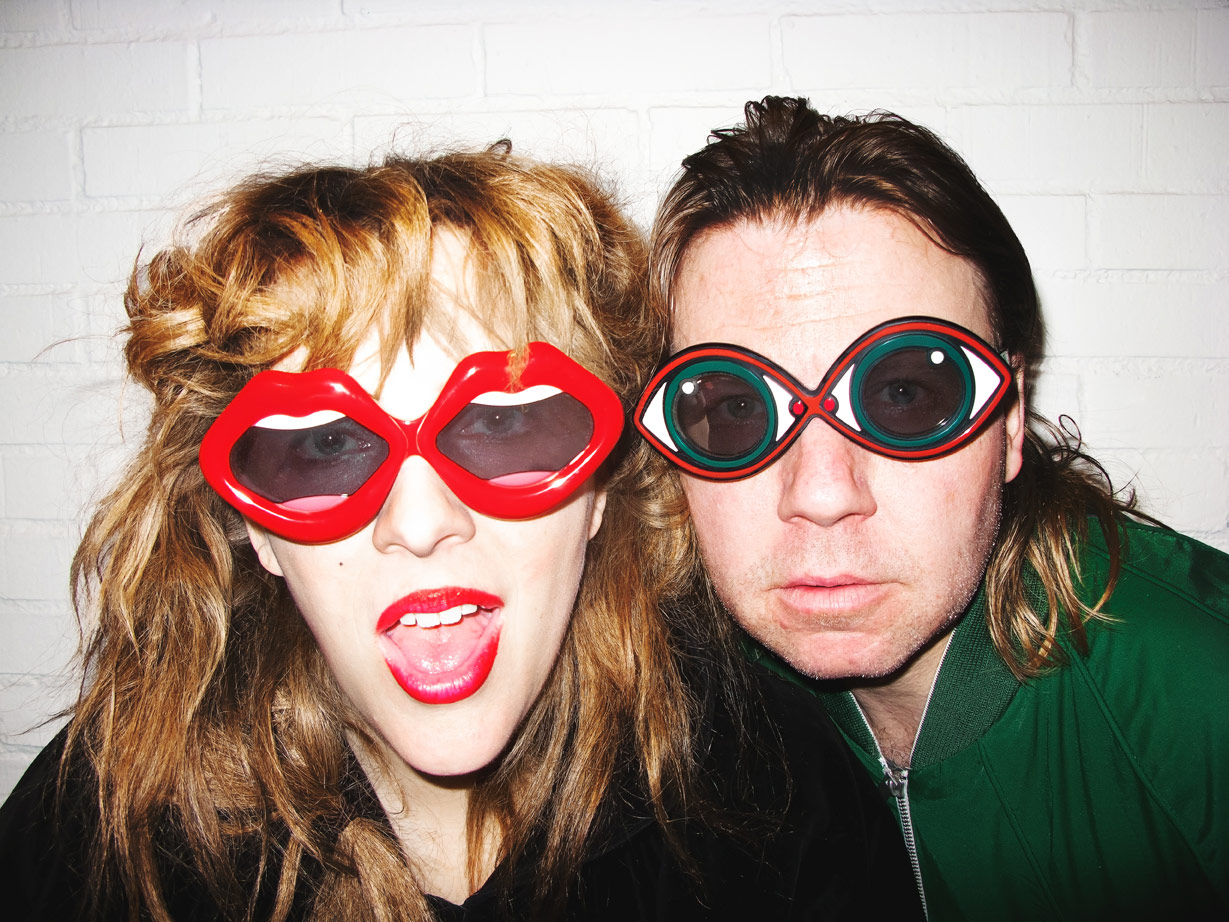 Regardless genres, the love for Swedish music is spread all over the world. Hence it is quite gratifying to see how, in return for such appreciation, Sweden gives back an endless pipeline of talented artists. At the forefront of the current Swedish pop scene is duo Niki & The Dove. They released their first album, Instinct (2012), via Mercury/Sub Pop records in the US, and their single DJ, Ease My Mind got into the UK charts, being remixed by the likes of Skrillex and Twin Shadow. On April 8th they will be releasing their second full length, Everybody's Heart Is Broken Now (2016, Ten Music), which has been written, recorded, and produced between Gothenburg, Los Angles, and Toulouse. Due to the promo events that Sónar Festival organizes in Scandinavia every year, Niki & The Dove presented their new album in Stockholm with a five-piece outfit on stage. After the show, we hung out together with Malin Dahlström and Gustaf Karlöf.
Who’s Niki and who’s the Dove?
They are not here. You will never get an answer to that, unfortunately (laughs).
How did you first end up in Sub Pop?
Our first album was released in Sub Pop in America, and in Mercury in the rest of the world. They contacted us and asked if we wanted to make an album, and if they could release it. We were shocked, because we have a lot of respect for them, but we always thought of them as a rock label –Kurt Cobain and all that–; we were like: “have they really listened to our music?” (laughs). We have a mother record label, which is the Swedish TEN records, but they licensed the first album to them. Our second album is with TEN only.
Tell me about this second full length, Everybody's Heart Is Broken Now. Where did you record it?
It will be released on April 8th digitally, on vinyl, and cassette as well. We have been recording and writing the music in different places. It is great to change your geographical location, because thanks to it some other things will also change – perspective is really important. We went to the US for 3 months, we got a scholarship to go and write music for one month in Austin. From there, our record label sent us for a couple of months to Los Angles, where we met a lot of people. Then we worked with French producer Alan Braxe –one of the members of Stardust–, he is based in Toulouse. He just polished things up, and in some cases dug deeper, mixed some of the songs... The mastering was done in New York.
I was sort of surprised you guys played tonight with actual drums and bass, as a 5-piece outfit.
This is probably one of the main differences with our previous album. We wanted a more classical kind of production, with fundamental bass and drums in a classic way. That is completely new, this album is much more acoustic than the other one. Instinct was an electronic album with acoustic elements. But this one is an acoustic album with electronic elements.
Tell us more about Sónar. When was your first time at this festival?
It’s my favourite festival. I played Sónar in Barcelona with another band called Midnight Condo several years ago. Before that, I was also there to enjoy the festival with my lady friends. We had so much fun, and Barcelona is such a beautiful place, both by day and by night. That city is marvelous, and I have so many romantic memories from Sónar…
You are not alone, Malin.
(Laughs). I remember watching The Soft Pink Truth –so great for a Swede like me–, and the moon, and then you go to the beach on daytime. It’s like... romantic (more laughs).
I really enjoyed your new video for the single So Much It Hurts. Please tell us more about it and about the director.
His name is Gustavo Torres. He is from Argentina and works with his wife Clara Luzian, and together they made the video. I searched a lot for new artists, illustrators... and I found him on Instagram, through a Japanese illustrator. I was like: “what is this? It’s so good, who is this guy?” He has his own language, so to speak. We sent him an e-mail thinking he would never answer it. And all of a sudden, we got the friendliest reply! He wanted to work with us, so then we sent him references and a moodboard to start the collaboration. We knew where we were going, but we wanted his art in it. It was so easy to work with him!
Apart from the obvious 80’s and French-touch vibe, I found several references to Michael Jackson in a Billy Jean-fashion: the glowing shoes, some parts in the singing…
I am so impressed that you actually got this. It is one of the references. We can have references and it can be something between us, and not too many people recognize it afterwards – it is supposed to be that way. But I’m thrilled you’re actually mentioning this! He has also done the video for our second single of this album, Play it on my Radio.
Oh, I thought that was from your first album. It sounds like a classic already.
Wow, I love this guy! (Laughs). So sweet of you. Thank you so much.