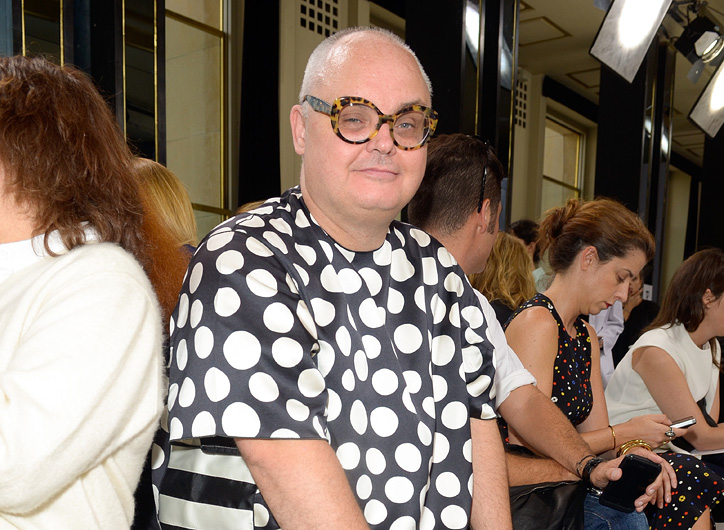 Mickey Boardman aka Mr. Mickey, works as editorial director at Paper Magazine. He is a twenty-one century guy, a real super star on social networks, passionate about royal families, their histories and their gossips, and he is present in every important fashion event. Mickey is a shinning person, not only for his sequined and embroidered tops and cardigans, but also because he illuminates the people that surround him. His white smile and charisma makes everybody love him.

Mickey is indeed bright and talented, talking to him is a total delight. We chatted about his passions and how fashion has changed since he started as an intern at Paper Mag.

During the last sixteen years you have been working for Paper Mag and contributing in different media. Can you make a short recap of these past years?

I've actually been at Paper for 22 years! It's the only real job I've ever had. I started as an intern while I was in school at Parsons studying fashion design. I always loved magazines and Paper was my favorite. I was offered an internship there because a friend of a friend worked there and suggested it. I never thought you could really have a job at a magazine. I failed a subject during my last year in Parsons and didn't graduate in the end. At that very moment, someone in the magazine quit so they hired me as a receptionist taking phone calls until they figured out what to do. I never left.

Do you see any big differences in the fashion world since you first started?

Totally. When I started going to fashion shows it really only was the fashion press and a few friends of the designers. It was more casual and fun. Today there's a parade of crazy extravagant people mobbing the place before you can even get inside. There are so many magazines, websites, blogs, celebrities and crashers...! Getting to your seat can become quite a grueling task .Nonetheless, it's still pretty fabulous. Also, when I started in the early 90s, editors were not celebrities. Now, thanks to social media and all the coverage that fashion weeks get, we're all treated as if we were stars, with our own fans. I won't complain about that.

You live and breathe fashion on your day-to-day and you still look happy and healthy. So, all those urban legends about how horrible it is to work in fashion are probably just that, legends?

Fashion is very extreme. It's amazingly glamorous and amazingly demanding. You meet the most incredible, gorgeous and creative people, but you also have to drag garment bags full of clothes to shoots, scramble to arrange shootings with no budget and run around town all day long in uncomfortable shoes when there are appointments. But still, I love it, so I don't mind the hard stuff as much. When you see an incredible show or an editorial you're obsessed with, you're then reminded of why you love fashion.

I know you are a very eco-friendly person and try to wear brands that follow your same principles. Tell me,who are your favourite eco-friendly designers?

In truth, I'm cruelty-free more than eco-friendly. I'm vegetarian and wear no leather, suede or animal products. Stella McCartney is my role model although she's fully vegan which means no eggs, no cheese etc. I don't think we are in the right of killing any living thing, most of all when it's just to adorn ourselves. If you need a fur coat to make you feel like you're fabulous, I hate to tell you but you're not fabulous. That said, I have plenty of friends who wear fur, some only vintage and some new. I respect other opinions. I hope that by being cruelty-free, people become aware that you can still dress in this extravagant way without having to kill any living creatures.

Uniting two passions of yours, royalty and fashion, what do you think about Queen Maxima choosing a young designer like Jan Taminau to design the dress she wore at her husband´s investiture?

I think a first lady's role (and any other royal family member's) is to be an ambassador for her country and that includes showcasing local designers. I think it's fabulous that the Queen chose a young designer for the occasion. Mrs Obama has shown that a high profile woman wearing a young designer can really be a huge boost to the designer's business. You can't buy that kind of good press so really, it's a big deal.

On your opinion, which family could one consider to be the American royalty? Even better, give me one from the east coast and another from the west coast.

Well the Kennedys are pretty tough to beat for that. Or if you're a Republican you might say the Bushes. For the West Coast I'll go with the Kardashians. They're trashy but they're royalty!

As for the fashion system, who could be crown King and Queen? Who could you picture wearing a fur-trimmed ceremonial mantle?

Well, since you're based in Spain, I would say the Duke of Feria could be King and I'd be Queen. No one would be wearing anything with a fur trim. We would wear outfits from Scalpers which is the Duke's fashion line!

If you could live in a fairy tale, which character would you choose?

I love to kiss and I enjoy napping so I guess I would be the Sleeping Beauty. 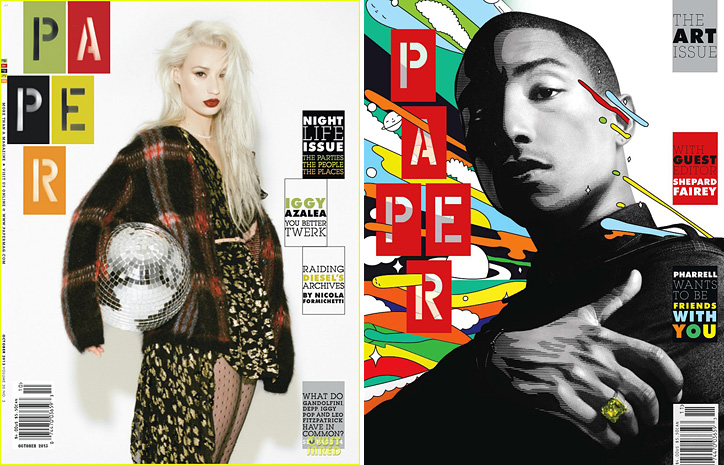