The tiger is here 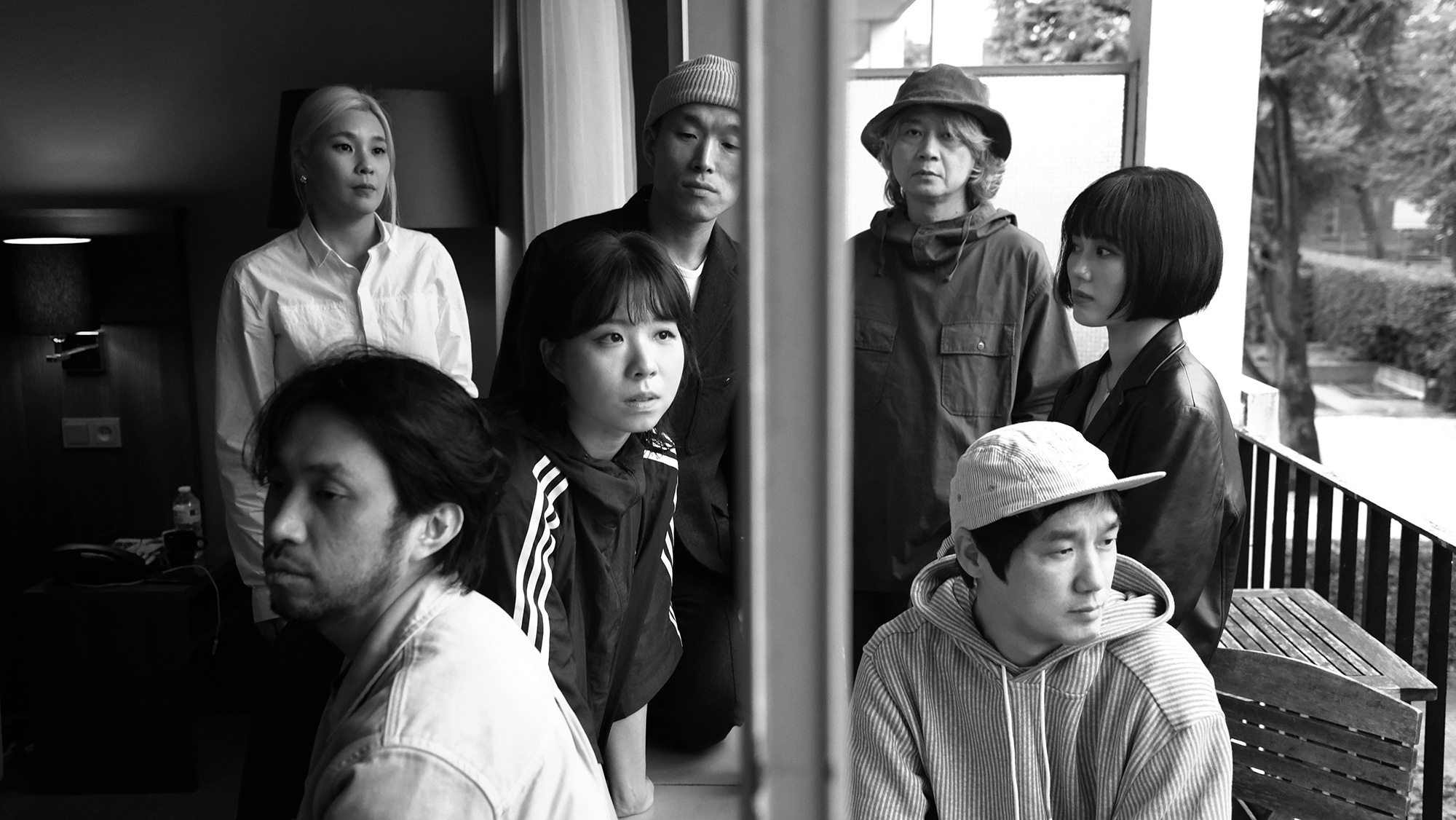 An absolute alt-pop earworm, Leenalchi’s kaleidoscopic single Tiger is Coming has granted the band intercontinental fame, celebrated with their first international show in London in September. Owing their influence to pansori, a style of musical storytelling, the South Korean quartet has been showing the world what Korean music sounds like away from the hit industries. In their latest album Sugungga, Leenalchi succeed in destroying and rearranging traditional music genres by giving their singles a new-wave-inspired, psychedelic spin.

Can you tell our readers about how you guys first met and how the project started?
In the winter of 2017, we met for the first time while preparing the musical play Dragon King (directed by Yang Jeong-woong) at the Asian Culture Center in Korea. Bassist Young-gyu Jang was the music producer, and since it was based on the pansori Sugungga (one of the five surviving stories from the storytelling tradition) the current band's vocalists joined as well. We thought it was a shame that the hard-made music ended up as a one-time performance, so we decided to form a band. Since then, performances have been fun for all of us, so we have continued.
Does the name Leenalchi carry a particular meaning?
There is no ‘particular’ meaning. However, among the numerous ideas that came out when considering a name, it was the name that received the most votes, as suggested by the bassist Jang Young-Gyu from the name of a famous singer in the late Joseon Dynasty. We thought the unique tone suited our music well.
Some of our readers might not be familiar with the traditional genre of pansori. How would you describe it?
It doesn't need a description specifically. Just open your ears and move your body. That's enough. We don't think the music really needs any explanation.
Your project seeks to blend the traditional pansori style, folk lyrics and contemporary pop music. What about pop music made you choose this genre as a vehicle?
Blending Korean folk tales and folk songs with contemporary pop music is not what we seek. Open-minded people have just gathered their musical abilities together to create the music that we enjoy the most. People attempt to define our values ​​from the outside because of the ‘pansori’ based vocals. However, we think this only leads to prejudice that means that people cannot enjoy our music naturally.
Why do you think it is important for people to rekindle their relationship with pansori or to learn about it?
Although pansori and other traditional Korean music were born in the past, their value and meaning are still valid, and the enjoyment that can be gained from them is endless. There are so many exciting things in the world that we don't know about yet, and it is so valuable to know and enjoy them. It's just one of those things that inevitably needs to be explored.
Some of the lyrics inspired by pansori are quite striking. Your songs include lyrics such as “I will cut open my belly and show you my inside” – have you ever run the risk of being censored? Did any other challenges arise during your project?
Fortunately, there were no problems. There are more provocative lyrics than that one. The lyrics in the original pansori Sugungga seem to have been accepted as a characteristic of the genre.
I am quite literally addicted to your song Tiger is Coming. I was captivated by the flashing colours and quasi-psychedelic style of the music video. What was your inspiration for it? Why this style?
It wasn’t our idea, but Kang Min-Kyung of Ore-Oh! studio directed the visual art, including the album covers. It was shocking but also fun when we first saw it. There are music videos for other songs on our YouTube channel, so please enjoy them. It will provide more fun than expected. Thanks again to all artists who have produced fantastic results with limited budgets.

Your first album is named Sugungga, after the aforementioned pansori tale – can you tell us a little bit more about this? Do you think the moral of this tale can be applied to modern politics?
It is a satirical story, constantly deceiving each other for their greed, to wake up those who want to get something without effort.
Sugungga is a more complicated story than you might think. Depending on how you look at it, the subject can change greatly. For this reason, there are many different names, such as Sugungga, Byeoljubujeon, Tokkijeon and Tobyeolga. The story begins with the dragon king becoming sick. The medicine that the subordinate turtle found is rabbit liver. So, the turtle goes to land and tricks the rabbit, but the Dragon King is deceived by the rabbit and lets the rabbit go. The rabbit, who climbed back to land, outran the turtle, overcame various obstacles and wisely but cheekily climbed up to the moon.
Animal imagery seems to be a running theme for Leenalchi’s music. Why is that?
Because the original story is a metaphor for a human's story, but as an animal, the main characters are a turtle and a rabbit, and all the characters in the story are animals.
Kpop has blown up in Western countries and it has become an absolute phenomenon. What’s your opinion on its idols? How do you think your project fits into a music scenario dominated by Kpop?
Yes, we’re aware that it is now an absolute phenomenon. We think it’s more important to consider what kind of music to make in such a situation, than to consider our opinions on Kpop idols. It could be that musical diversity is expanding to a different musical trend from Western pop, but we do what we can do and what we want to do.
How do you think the music you produce differs from Western sounds?
Distinguishing between Eastern and Western music doesn’t mean much to us. Even among our members, there are distinguished music styles.
How does it feel to introduce your music to an international audience?
It was an interesting and happy moment for us. Our music has many parts based on pansori, so it has had a large local affiliation. Therefore, there were a mixture of worries and expectations, but the Europe tour helped ease these worries and raise our expectations. So it was a very encouraging experience for us. 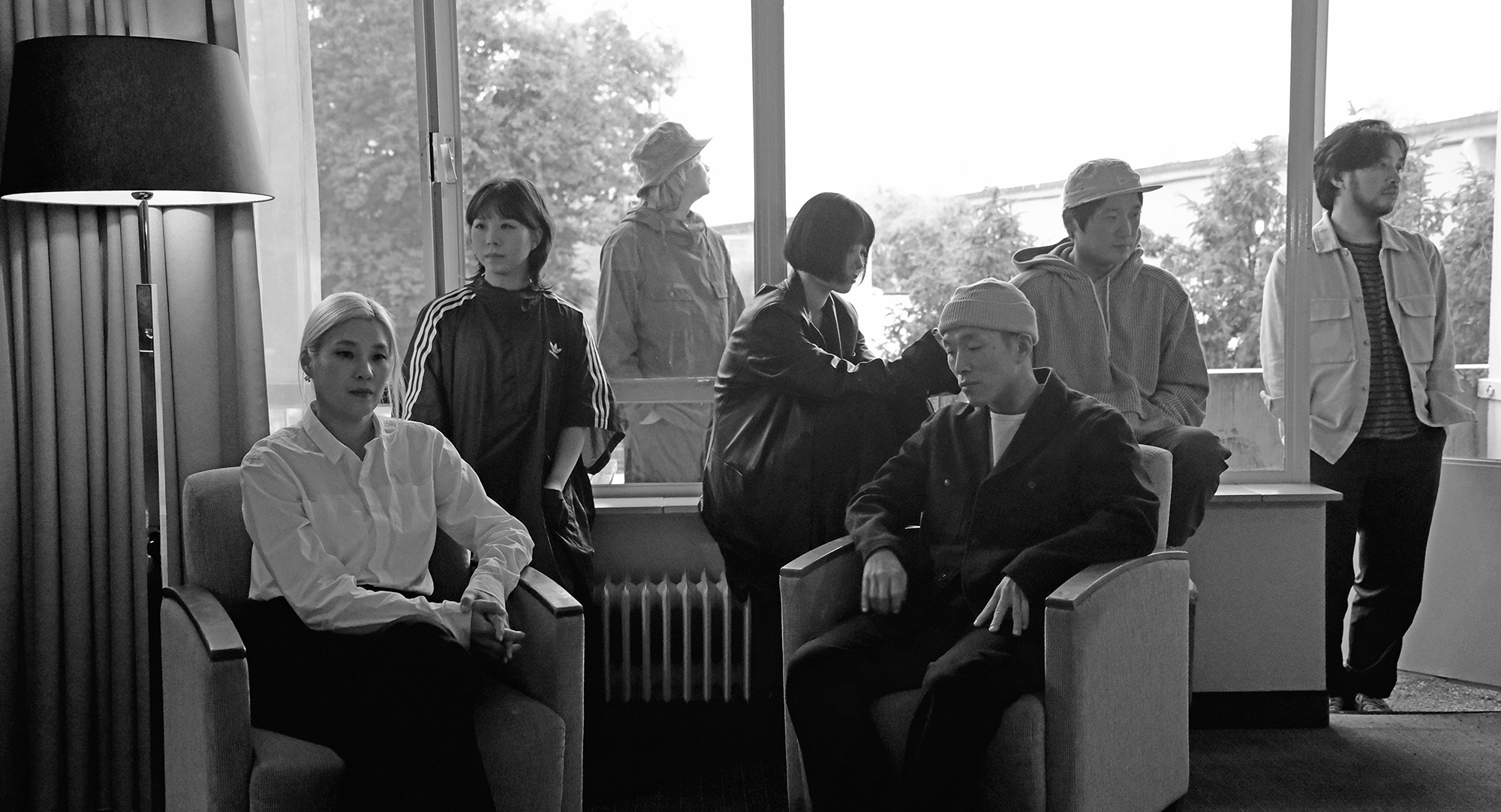