The relativity of adventure

We all have a relationship with food; eating can stand as a natural and thoughtless process, a daunting and difficult process, a compulsive and comforting process, or something in between. Lee Price’s compositions and recurring use of food, as well as the choice of herself as the subject, are individual and identifiable so allow you to pin-point a piece as her own. Upon initial viewing, you wouldn’t be the first person to assume that these are photographs. If you did realise that they are in fact paintings then you would most likely be one of the first.

Do you recall the first piece of art or perhaps a photograph that had a lasting impact on you?

It was Caravaggio’s The Calling of St. Mathew.

Your paintings look very natural in terms of setting, which can often be the result of meticulous planning and experimentation for artists. Was this the case for you or is it simply initial ideas that you ran with?

The scenarios in my paintings are meticulously choreographed. I spend weeks planning out the particulars- sketching, shopping for specific items, etc.

The detail and precision of your work show a control in your artistic technique, which completely contrasts with the lack of control portrayed in pieces like Full and Snack. Was this on purpose or was it simply natural for you to address the relationship between women and food from a hyperrealist stance?

I paint in a realistic way because that is what I am drawn to. It makes a nice contrast with the subject matter but that was never intentional.

You have openly spoken about your issues with binge eating. Has painting helped you to overcome this or does the concept of food and eating remain a ghost presence in your life?

Eating has always been my drug of choice but I have learned, and continue to learn, how to simply feel negative emotions instead of trying to eradicate feelings with food. Painting is not therapy for me. It’s a reflection of my life. When I started with this series my issues with food were not as overwhelming as they had been in my teens and twenties. But compulsive eating was still something that would pop up when I was under stress – even if in a relatively minor way. What I hope my work points people towards is a broader question of how we distract ourselves from the deeper issues that are always at hand and how we can find more constructive ways to seek solace.

When you set out painting this series, were you aware of how many people would relate and were also struggling to find solace with food?

The thought of people relating to the subject matter never crossed my mind when I started out with this series. The response that I have gotten from women, and some men, from all over the world has been quite shocking to me.

It is inevitable that different people will interpret your work in different ways. Are you conscious of these interpretations and other people’s understanding of the topics you cover?

Yes I am, however, I am not concerned by other interpretations. I want people to bring their own history into what they are seeing. I never set out to say a specific thing. I am putting my own experience up on the wall and I am happy that others would find something of their own experience in it whatever that might be.

Would you ever paint different models with other types of disordered eating or do you feel that the more personal approach of a self-portrait gives your work more substance?

A couple of years ago I decided to get a bunch of women to pose for me as subjects but I found I couldn’t paint them. It just did not work and I cannot really explain why. My best work happens when I am not contriving what I am working on – when I use the ideas and images that come to me without questioning them. I don’t always understand the significance of the subject matter at first, but slowly as I continue working on a piece, it becomes clear. This series started that way. I did not have the thought “I am going to make paintings that discuss compulsive eating”. Instead, I happened to be creating a “scene” that had lots of desserts in it. It wasn’t working. I threw the desserts on the floor, lay in them and got a friend to photograph it. I knew I had something of significance to me but, at that point, did not completely understand it.

With feminism maintaining its buzzword status, how would you define it and what does it mean to you?

Feminism simply means advocating for political, social and economic equality for women. Currently there seems to be a strange backlash against the idea of feminism in my own culture. Young women object to or cannot identify with the word feminism. I think this stems both from an insular attitude and a misunderstanding of what feminism means.

I read an interview where you said that woman are encouraged to control their appetite, not just in terms of food, but in others aspects of life too. What would you put this down to and what is it that you think makes women conform to this?

We live in a patriarchal society. The laws and religions we live by have been written by men. What else can I say?

When you spoke to Metal for Issue 29, you told us that you are one to explore and summed this up in a motto that you created: Disappointment is the price of adventure. What new adventures will you be embarking on in the future?

Your question puts me in mind of a passage from The Tao of Pooh:

"When you wake up in the morning, Pooh," said Piglet at last, "what's the
first thing you say to yourself?"
"What's for breakfast?” said Pooh. "What do you say, Piglet?"
"I say, I wonder what's going to happen exciting today?" said Piglet. Pooh nodded thoughtfully.
"It's the same thing," he said.

Adventure is relative. Adventure could be what I decide to eat for breakfast in the morning. 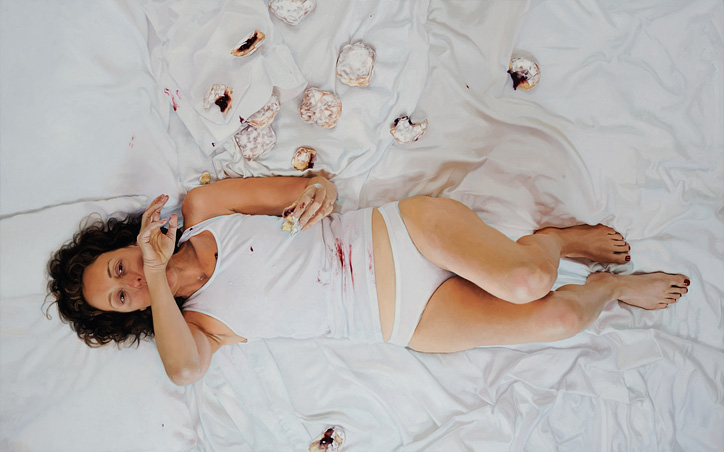 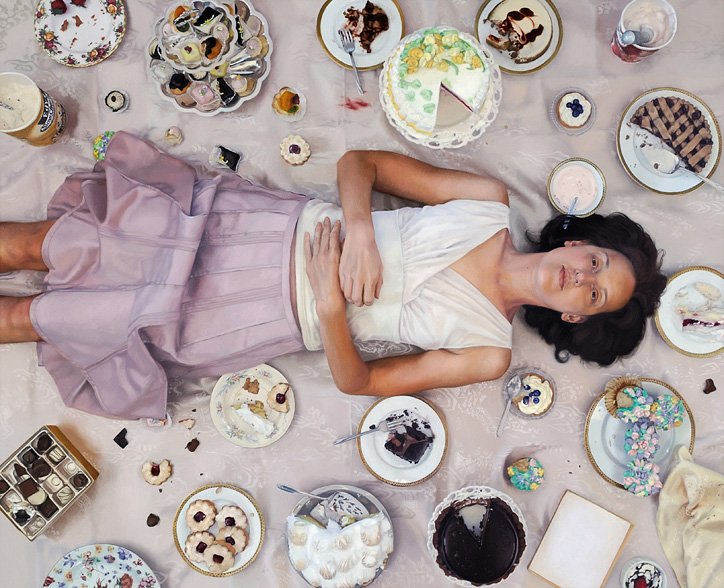 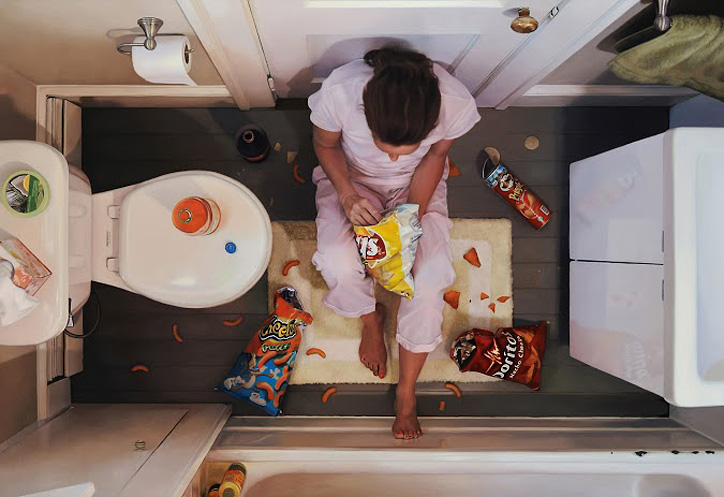 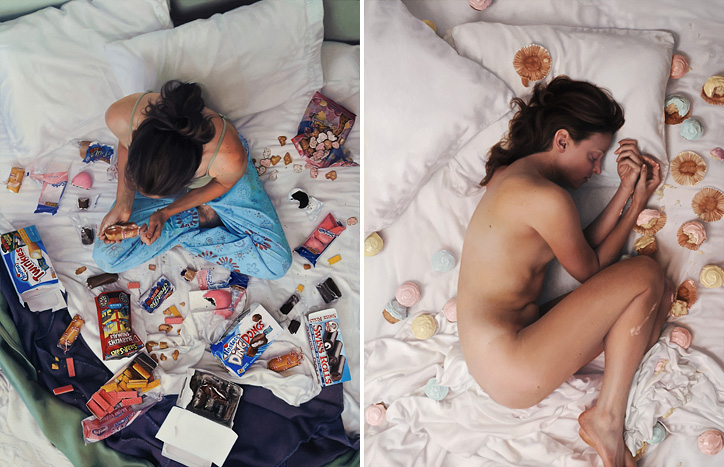 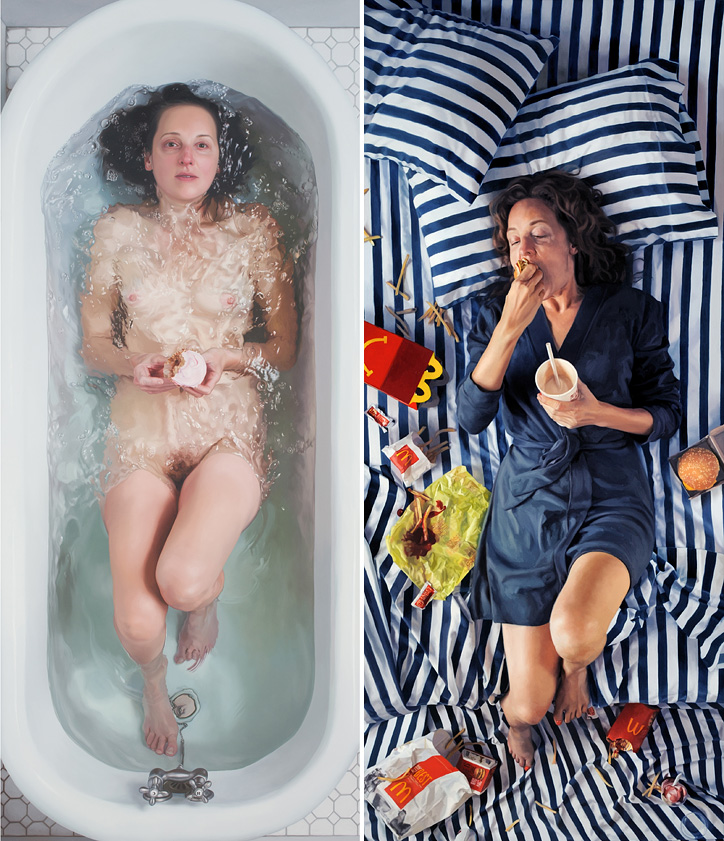