On Traveling And Building 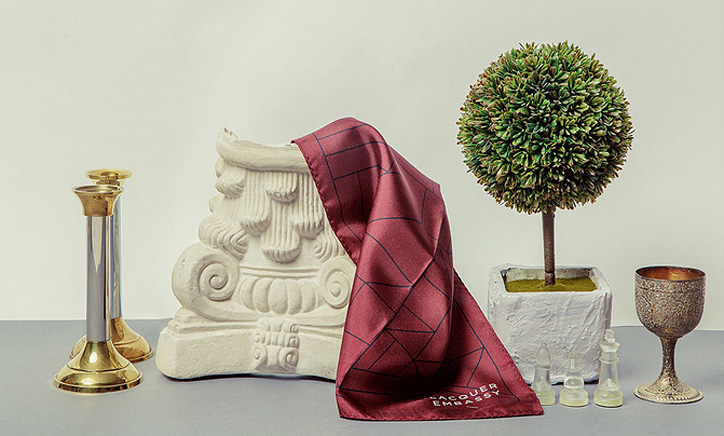 Nikhil Sharma is a young ambitious and talented man. After many years, travels, and experiences in fashion, he decided to build a menswear brand of his own: Lacquer Embassy. The label combines classic influences with modern culture, focusing heavily on attention to detail and a minimalist silhouette. Its first collection is a meticulously edited capsule line of men’s shirts and pocket squares; the designs are hybrids that reflect today’s lifestyles without being rooted in any particular time or era. Lead by its founder, we took a glimpse at this novice embassy of men's style.

I am from India. While growing up, I lived in several cities all around the country so it is difficult for me to say which city I am from exactly. Then I went on to do my Masters in the UK. I lived and worked there for about six years in all, as a student and after that as a senior menswear designer in London for British high street brands such as Chilli Pepper and NEXT. I now have my studio based in New Delhi, where my products are made.

Do you feel that what you found in your travels is as important to you as your origins learnings?

Yes definitely. Having lived in so many cities has taught me so much. It made me evolve and gave me a sort of specific sense of aesthetics. During my traveling years, I have been like a sponge, I absorbed everything I saw in each city and during each travel. I filled my eyes and imagination with different cultures, peoples, vibes… and translated it into my work.
I think that everything is so homogenous nowadays, in terms of films, pop culture, social media,etc. that the boundaries are diminishing. Maybe that’s what my brand denotes, in a way. The label aims to encompass the fusion of the relaxed elegance of youth and luxury with a definite sense of modern aesthetics. My target audience is not limited to places and geographical locations. Lacquer Embassy has already been worn by people from Australia, Singapore, London, New-York, Canada… so it could be a brand for anyone who appreciates good design, aesthetics and strives for a better quality of life. The brand embodies the sartorial style of the modern jet setting gentleman.

Why did you decide to study fashion?

I initially wanted to study architecture. Having also applied to a fashion school, my portfolio was appreciated and I was given an offer to join. I decided to give it a shot even though this wasn’t the original plan. Now I can’t future myself doing anything else!

And why did you choose men's fashion?

I guess since I started I had an inclination towards menswear. I was not interested in women's clothes at all; I think it came with an ease for me to design what I would wear.

What do you think about menswear today?

I think that menswear is very exciting nowadays, as the realm is getting so creative. It has entered a very dynamic phase since the last two years and hopefully Lacquer Embassy can contribute to it in its own small way.

Do you think having worked as a fashion stylist influenced you in a way to go and make your own pieces?

I was working as a stylist alongside being a designer as I not only loved to put looks together for editorials, but also to create the concept, the mood and the setting. Putting creative energies with likeminded photographers and having a vision was so different from sitting on a desk and designing clothes… I really enjoyed it, so I branched out to do some styling work. Gradually the work got appreciated and I managed to create some good menswear visuals with some amazing teams. Though I don’t think styling was the only sole factor for me to go and start my own brand.

So what was the starting point for you to launch your brand? Did you think about it for a long time before doing it, or did everything fall into place very quickly as the idea arose?

An amalgamation of having worked in the corporate as a menswear designer and working freelance as a stylist/trend forecaster made me reach a point where I was ready to set up a small niche brand of my own, with my own products and services. My label Lacquer Embassy was born out of a desire to realize the aesthetics I had cultivated throughout my travels, life experiences, and my own experiments in style. It took a while for everything to come together. Design and good aesthetics played a key role for me in every aspect of my brand and lifestyle. Every little detail from the packaging to the product were equally important in Lacquer Embassy, so it did not happen overnight! I started from scratch with a just a few tools of right attitude, vision and honesty, supported by a design centric approach in every aspect of the brand.

Is there any goal you want to achieve, or any motto or values you particularly want to stick to with Lacquer Embassy?

Not really… I may seem a little weird on that point. I am very organized and planned, but at the same time I am quite intuitive deep down inside, and I take quite a lot of risks. So I will not tell what is going to be in store for the next five years, as long as I am always doing distinctive work and happy to do so.

You seem to be very inspired by patterns, what inspires you to create them?

Yes, since I started studying fashion I have always had a strong graphic sensibility, which obviously shows through in my brand now. There is an emphasis on prints and patterns in my pieces, while still maintaining fairly simple wearable silhouettes. The theme of the modern gentleman was the starting reference for my inspiration about prints and designs. But the word gentleman has been redefined to fit in with our contemporary lifestyles all around the world, so Lacquer Embassy has something to offer to everyone, whether it is a simple gingham tailored shirt or a top hat and dog printed shirt. The various prints add a playful touch to gentleman’s wear.

How do you organize your work for your brand today? Can you describe your working routine (if any)?

I work in a very small studio, so I have to be very organized while multitasking. I am not only designing but also sourcing, handling logistics, accounts, social media, PR, handling couriers… so my days never look the same! But I try to have some clear creative time each day, which usually starts towards the latter part of the day. Dealing with so many issues all at once can get a bit difficult sometimes, but all this is such an amazing experience though. 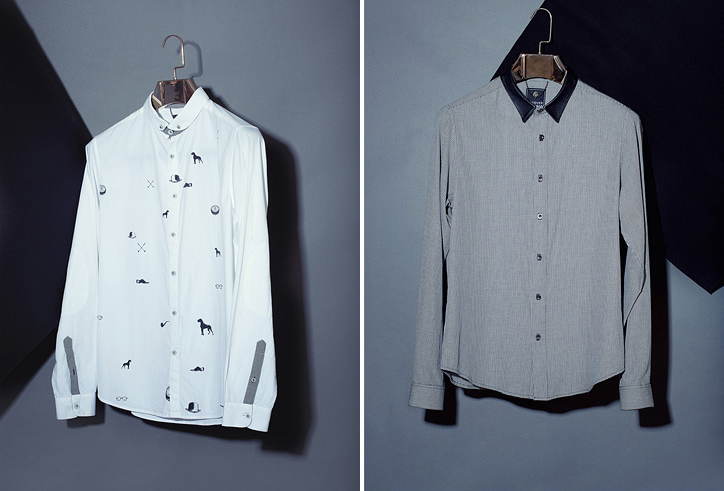 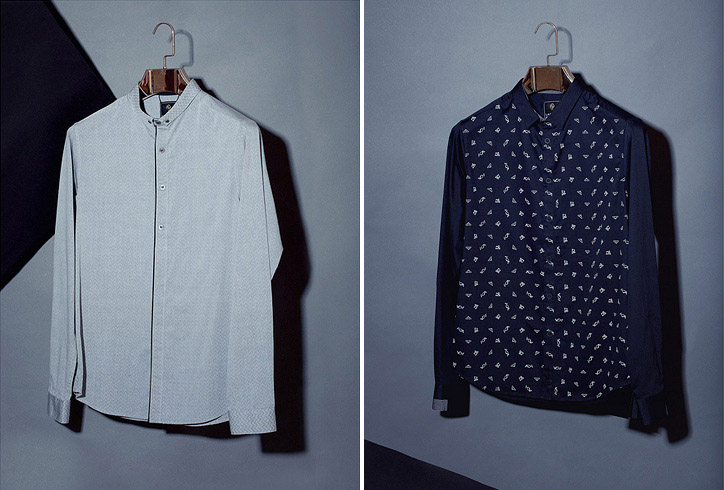 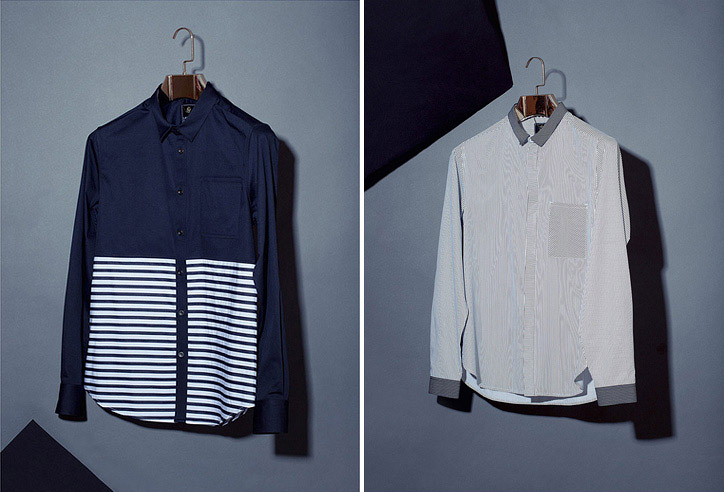 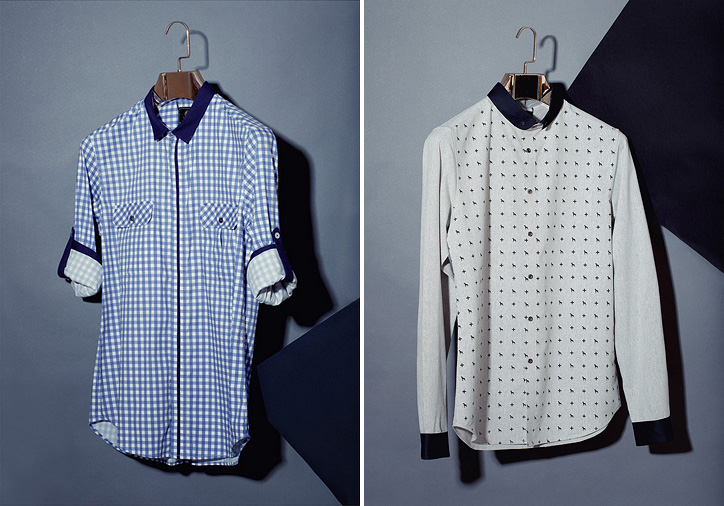 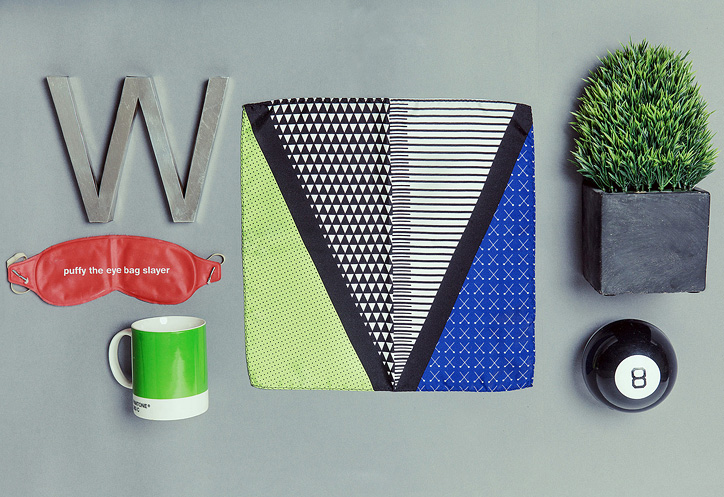 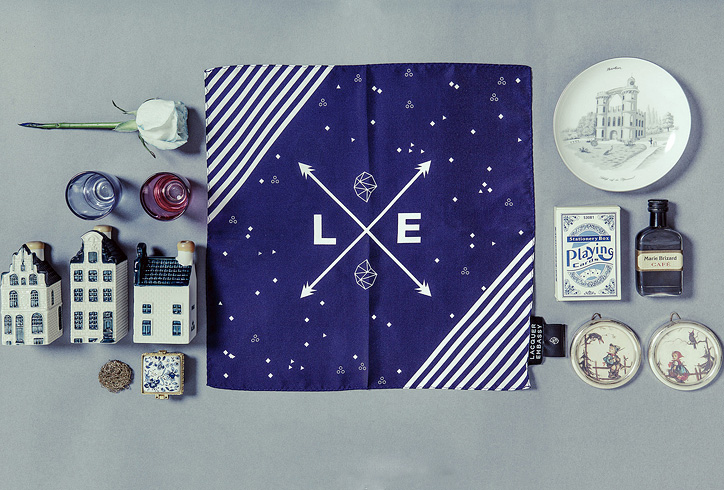 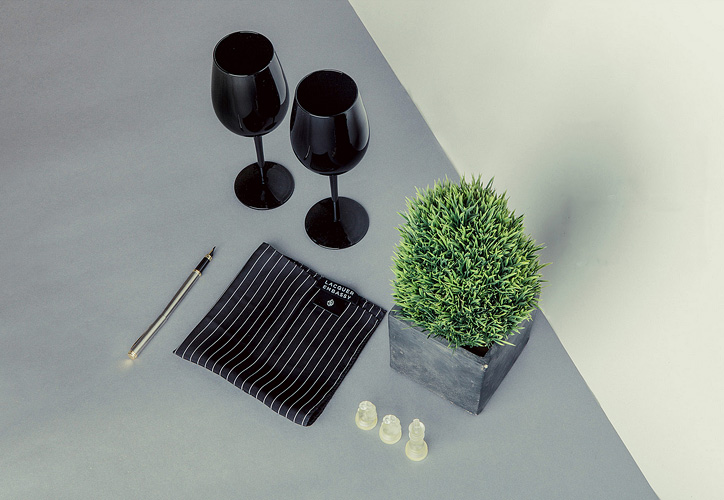