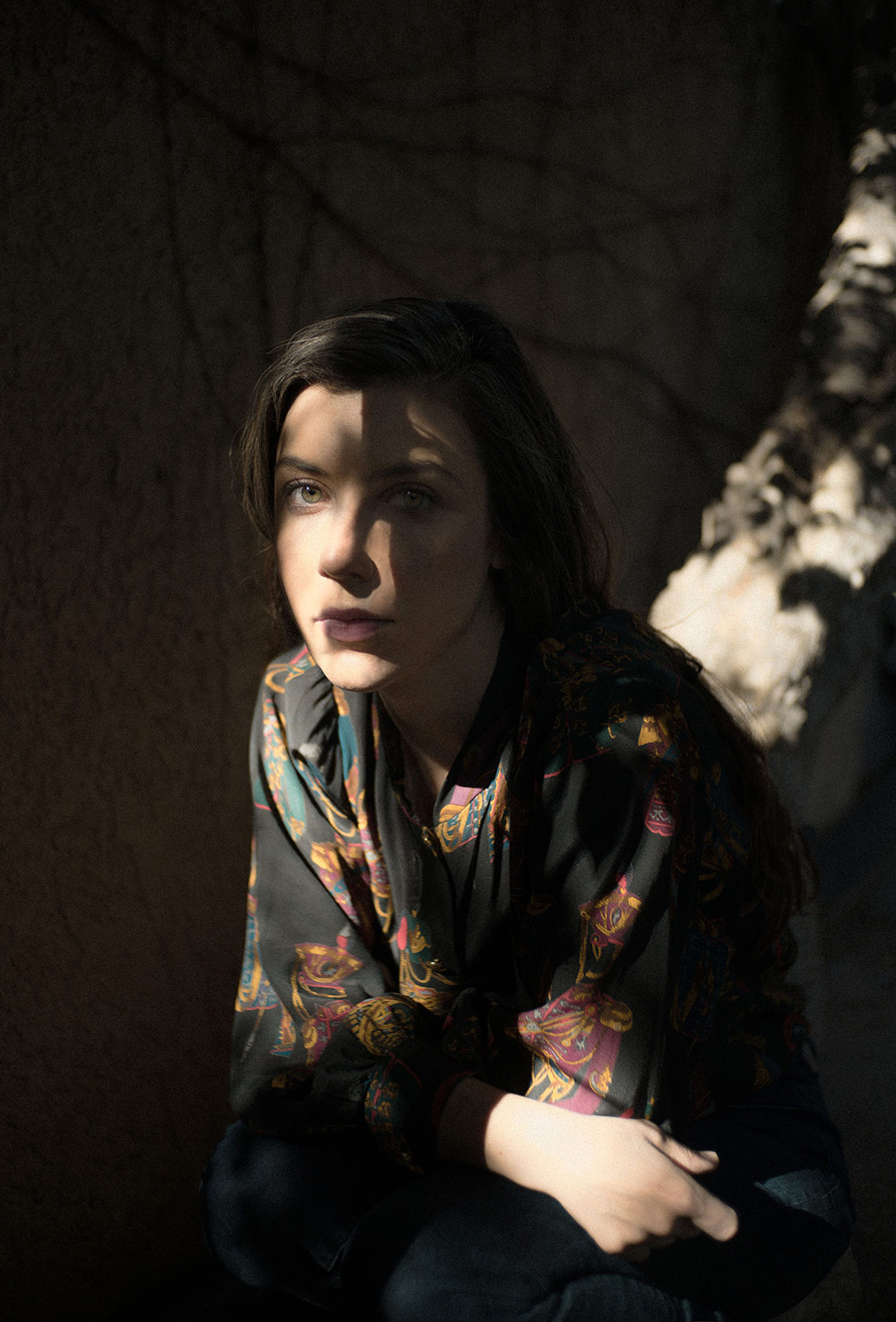 With Have You In My Wilderness, Julia Holter's last album, she aims to make us join her poetic journey trough intimate stories. Although the LA based composer has released a few pop experimental records in a relatively short period of time –Tragedy in 2011, Ekstasis in 2012, and the jazzy Loud City Song in 2013, all via Domino Records–, Have You in My Wilderness is her most personal album. She’s changed her home DIY studio, where she used to record, to a professional one, enhancing voice textures and blending acoustic with orchestral sounds. We talked to Julia to know a little bit more about her last beautiful work.

In your new album, Have You In My Wilderness, your voice stands out a little bit more from the instruments than in your previous works. Was that your initial idea, even before recording it?

Yes, I wanted to have a kind of classic, golden, almost 60s ballad vibe to it.

You used to self-produce your albums, however with Have You In My Wilderness you’ve moved to the studio working with producer Cole M. Greif-Neil. How was the experience?

I loved working with Cole – he is great at bringing out all the details in a sound, and is really great at making decisions about performance takes and arrangements. Sometimes you need someone to make decisions with, and it’s hard to find a producer who understands what you’re trying to do, and he does.

For Have You In My Wilderness you’ve recorded with a group of musicians. How was it, playing with them?

They’re great, I brought in some loose arrangements I had made, and then we also always have moments of improvising that happens, for certain sections of the music. All the musicians I’ve worked with on the past two records are great at both reading music and at improvising, so they are able to try out the things I write, as well as to make up their own creative stuff for the looser parts.

No, actually the music came first and then, as I started to sing more and use other texts, I started to become more comfortable with writing my own lyrics. It took a long time though and I’m still getting used to it.

The lyrics in Have You In My Wilderness talk about love, possession and human relationships. Where do you take inspiration from? Are those real stories?

I take inspiration from life and stories, always, in all my work. I always say all art is borrowed: we borrow melodies, harmonies, characters, plots, etc. So yes, of course the emotions expressed are ones I can identify with, but it’s not clear what is “really my life” or not. Sometimes I’m not even sure.

What was the first record that really affected you? And is there a particular one that inspired you for Have You In My Wilderness?

Maybe The Beatles’ White Album was the first record that really affected me when I was about 10 years old. I think Bob Dylan’s Nashville Skyline kind of inspired a lot of HYIMW.

You went to a classical conservatory. However, you didn’t like it and you felt oppressed when going there. Why did you felt this way and what made you change?

I think it’s just that when you are put in an environment that is solely devoted to one kind of tradition it can be very claustrophobic. I tried to fit in and write music that develops the way classical music develops, but I think finding out about music like that of John Cage helped me understand myself a bit more – I realized that I appreciated forms that don’t necessarily develop in a traditional sense.

Some of the songs from the record, like Betsy On The Roof, Sea Calls Me Home and Have You In my Wilderness, were older songs that you had recorded on demos. How was recording them again for the album?

Recording those songs was the hardest, because for most of the songs I had prepared demos at home that reflected the arrangements we would use. For those older three, I never made any updated demos, so I just arranged everything onto paper without new recordings, and we had to work from those, which meant we had to experiment a lot more in the post-production stage.

How did you felt once you finished the record?

I disliked the record, which is normal for me (laughs). Then I loved it again, eventually.

How do you feel when listen to your old records? Do you think that if you could do things again, you’d do them in the same way?

I feel weird listening to any of my own music, but I definitely never have regrets. I appreciate when things are made specifically in a particular way in a particular time. I wouldn’t want to redo anything.

What do you have coming up?

I don’t know, can’t wait to write more, and to tour more!