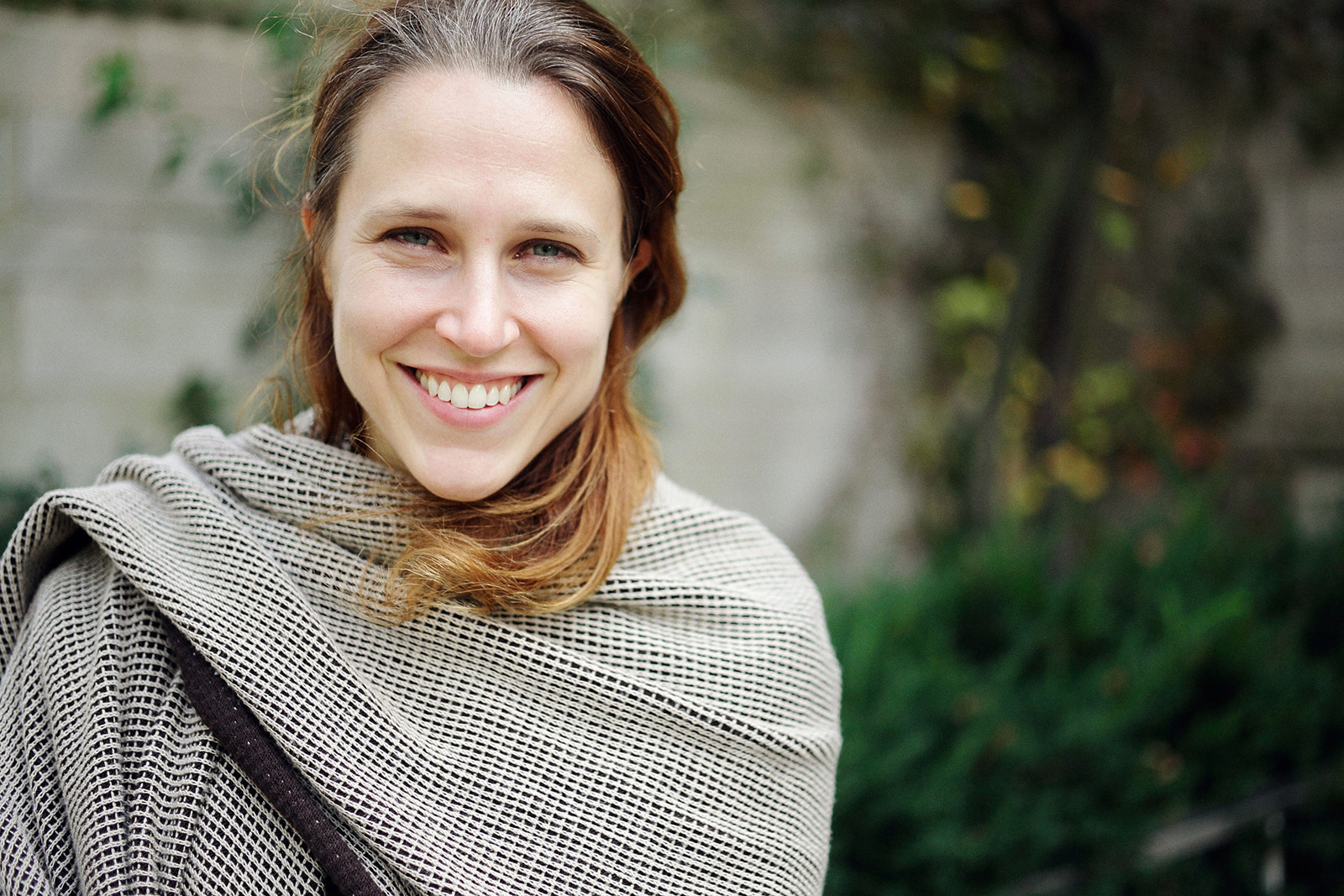 After being screened at Sundance Film Festival and Berlinale, Madeline’s Madeline has caught many people’s attention. The movie, directed by Josephine Decker, is a hard-to-label piece exploring the limits between mental illness and creative genius, especially at a young age. Starring Helena Hawkins, it tells the story of a teenager who’s an actress and performer who gets involved with an experimental theatre troupe (much to the worry of her mother). From there, the feature film blurs the limits between fiction and reality while exploring the struggles of self-discovery. Today, we talk with the American filmmaker about mental health, the #MeToo movement, and why she doesn’t like happy endings.
First of all, I really loved the film. How did the project begin and where did the story come from?
It’s funny, I was almost about to say that I didn’t come up with the story. I worked with actors through improvisation for a year and the story was born out of that.
With young actors?
With Helena (Hawkins) and the troupe that appears in the film. We had an incredible group of people. We would get together once a month for a whole weekend, workshop and go away. I would write about it and then we’d do it again. After about seven months, I was like “Oh my God, I don't know what I’m doing”, but I went away and wrote for about a year. I started sharing the script and getting feedback from them as well as others.
You know it's interesting, I originally thought we would make the film about making the film itself because I could tell that was alive and interesting; there was something going on in the room reflecting on what we were making, being a group of adults working with one teenager – the ethics and dynamics of that. Process was always something I was interested in exploring in this film.
Then, mental illness came into it. I really wanted to explore this theme and the family constellation that builds around it. Is it the mother who's the mentally ill one in the movie? It might be. I was interested in exploring those questions. Whose fault is it when something goes wrong? Who's to blame? Also, there’s a ‘maintaining a helpless child’ complex spread among many parents. There's an overprotective parenting that precludes children from finding their independence until, literally, it's almost too late. It’s dangerous to explore your independence for the first time in your twenties. A lot can go wrong. 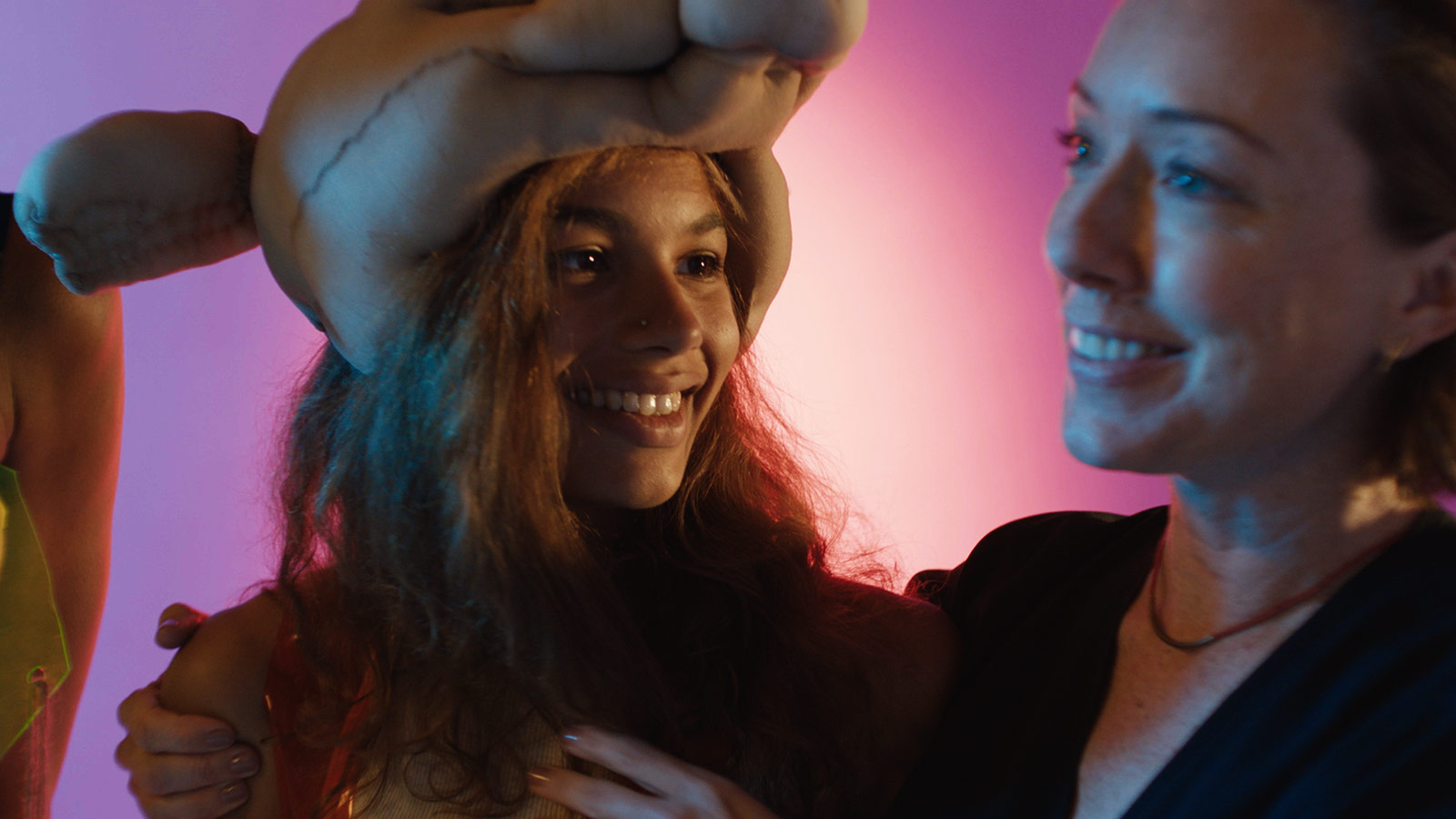 The story was fascinating on its own, the visual style you chose was so dynamic. Tell me a little bit about how you reached this.
Ashley Connor shot the film and she's worked with me on all my previous ones. She was actually part of our rehearsal process, and I asked her to be with us – with the actors – during all those improvisation weekends, even though we weren't shooting. I wanted the camera to be on the inside, to have a first-hand experience. To do so you have to know acting. You have to transform yourself into someone else: if you're going to be a sea turtle on the beach, you kind of have to know how to inhabit that space. It was complicated but Ashley really showed up and went to all the rehearsals to prepare for the film. I think because of that we had a shared vocabulary. It was nice to feel like all that preparation really added up to the film not feeling like other work.
It also familiarizes the cast with this other person to make them forget there's a camera in the room.
Yes, exactly.
The film explores the ethics of working with young, vulnerable people in a creative field and the risks involved. How was your dynamic as a director with the teenage actress? Did you deal with that on-set as well as in the film?
I feel like Helena is one of my very close friends, we've developed a strong bond over the course of shooting this film. I think that happens when sharing a lot of experiences, both positive and negative – which we did. There were times where we would catch each other out going too far and I really feel grateful to the ways that she was patient with me as I was trying to figure out what the fuck we were making. That took a long time.
Also, she was sensitive and aware. There was a moment when writing the script where I felt like things were getting a little too close to reality, so we made a concerted effort to take it back and fictionalize it considerably. The character of Madeline is very much fictional but I think I wrote it as this idea of this director getting too close to real life because I thought I had done that. It violates both trust and the sanctity of privacy. It’s a delicate territory when any actor improvises a part that s/he is drawing from him or herself and his/her life. I think it can be ethically muddy.

“It’s dangerous to explore your independence for the first time in your twenties. A lot can go wrong.”
Helena was a revelation. I really like how you didn't feel the need to address or explain her relationship with her white mother as a young black woman. Was there a conscious effort not to over-explain the racial dynamic between the characters?
I think that context was so obvious in a way in the film that it didn't require commenting on. I think it was the dynamic of these two white ladies – who have black partners – grappling her. To me, the parallels and the ways those relationships were affecting their daughter/student were obvious. Also, my partner is black so I was just making family systems that looked like mine.
How about collaborating with Molly Parker and Miranda July? How did they join the project?
They came in at the end. It was funny because we only had one day of rehearsal before shooting. I used to do these weird, physical theatre exercises that you see in the film, so we didn't rehearse any texts; we just rehearsed those movements and did this thing called open canvas. Ironically, we didn't get a lot of time to rehearse the scenes, which I think I will change in my next film.
Regarding Molly, I was actually considering another choice for that character. But I loved her in House of Cards; I was watching the third season and ended up binge-watching it, so I spent seven hours ‘with her’. I think by having had that experience, I don't know, you trust someone. We met up with her and she said yes; she was interested in the complex dynamics. I can’t speak for her, but I think it was touching issues and issues around the behind the scenes that were interesting to her.
Miranda was different. She didn't think of herself as an actress at the time. She's an artist who makes her own work and focuses on that. She puts herself in her work but she doesn't ‘act’ in other people’s stuff. It took a little bit of begging and, funnily enough, she asked to be auditioned. She asked, “what if you don't think it’s good enough”, which I doubted. So we did an audition that was just us rolling around a room and making noise into each other’s torsos. She was down and said yes, surprisingly. Honestly, I hope we were friends for life because she's very special.
I loved the ending (spoiler alert!). I felt like you injected the audience directly into Madeline's head to project her blossoming into this creative genius. We saw her vision of a perfect piece of art only to be undermined by the last shot of her walking through traffic having lost her mind. How did you end up with that conclusion?
I don't like to end anything with a happy ending; I really like complicated endings that can be read in multiple ways. We actually had a totally different one, initially. We edited for about a year and two months, and the final one was only decided in the last six weeks. There were initially five scenes after this ending, and my co-writer, Donna di Novelli, watched it and her only note was, “Why do you have to end the film five times?” So we debated the point and whittled away.
What I really loved about it is the theme of mental illness: a complex family dynamic isn’t something that just goes away, it doesn't just evaporate. You're always coming home to that, back to the inside of your own mind. It can be a safe place but it can also be dangerous. It can do great things to you and it can do negative ones. I wanted the end of the film to hold that duality. 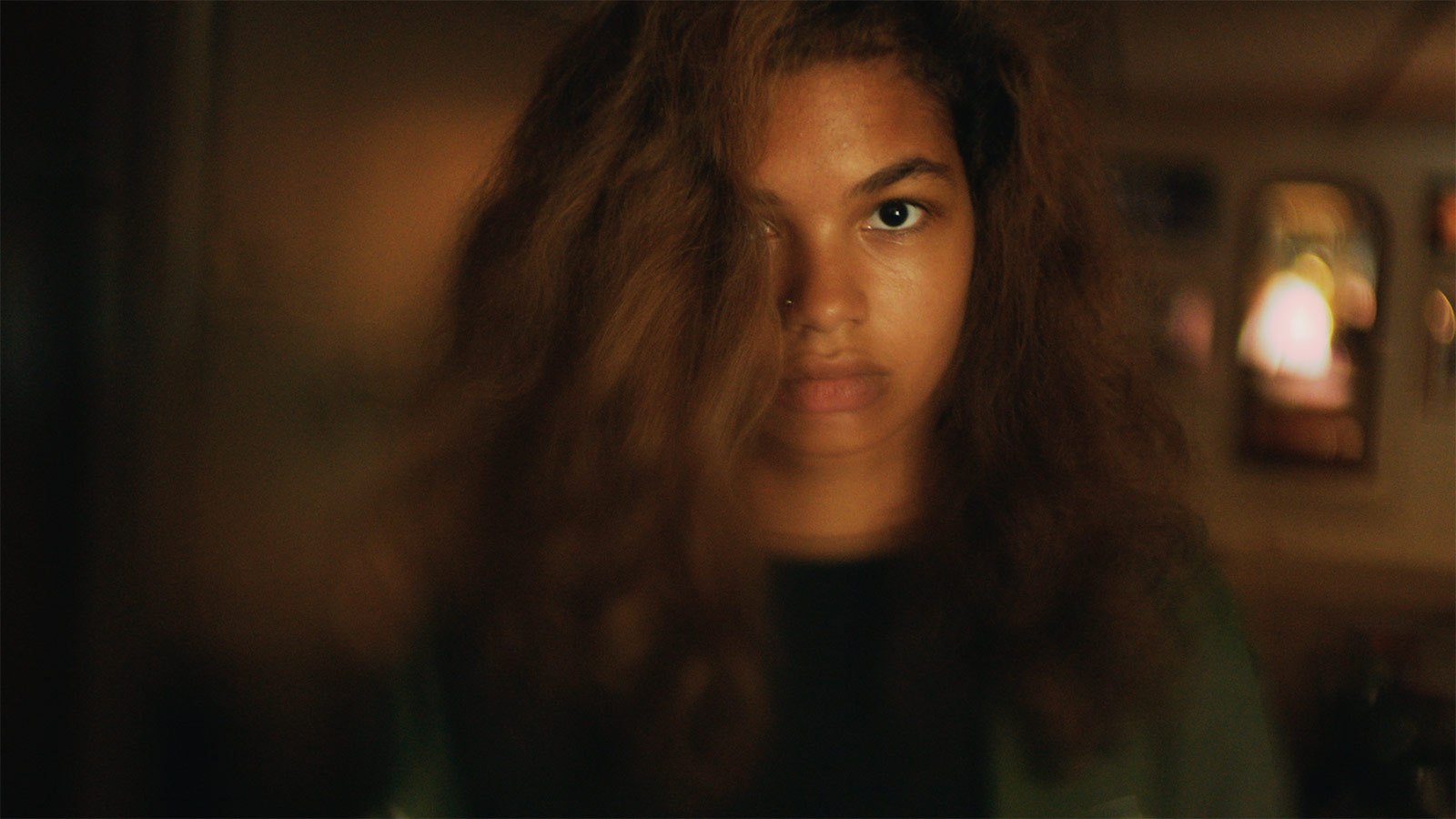 The #MeToo movement and the subsequent revelations have lead to an upheaval in the entertainment industry. What are your thoughts on the effects it’s had on film but also in a larger, social context?
When you feel that your voice or part of your experience doesn't have a space to come out, it can be very damaging in so many ways that are invisible. Many women, and especially actresses, are required to turn a traumatic experience into something invisible to the world, and that eats you alive. The fact that people are finding a safer space to tell their stories is very important. Culturally, the landslide that's taking place because of that is a more complex thing to comment on. The outpouring of shared stories is very powerful. Actresses became a voice for women across many divisions of societies, so it's not just their story being told.
The stories that are being shared are exposing the deeply, insidious nature of oppression and exploitation that is almost an organic, natural part of our lives. It's almost taken for granted that we have to live with it. It's almost embarrassing from my point of view because I'm from Texas, so when the first stories came out, I thought men making passes is just what happens, it's part of life. I took a huge step back and realized my whole life is defined by protecting the male ego. The #MeToo movement is shaking up a cultural norm deeply. It's going beyond harassment, it's broadening into how do women treat men and vice versa. It goes down to how polite you are when you turn down an offer for a date. You're trained, you don't fuck with the male ego. This movement is so wonderful, it's shaking all this toxic system to its core.
I think that the movement has been amazing at allowing these voices to finally be heard but also the opportunity it presents to open the door for these and other oppressed ones to take the stage and tell their stories.
I think it was Richard Brody who wrote a great piece for The New Yorker. He was suggesting that it was no mistake that when Moonlight won the Oscar for best picture, the academy, the whole system behind it, had this huge Freudian slip. It was an interesting point of view. Taking over the stage is going to always seem very surprising and people are always going to make the mistake of slipping backwards.