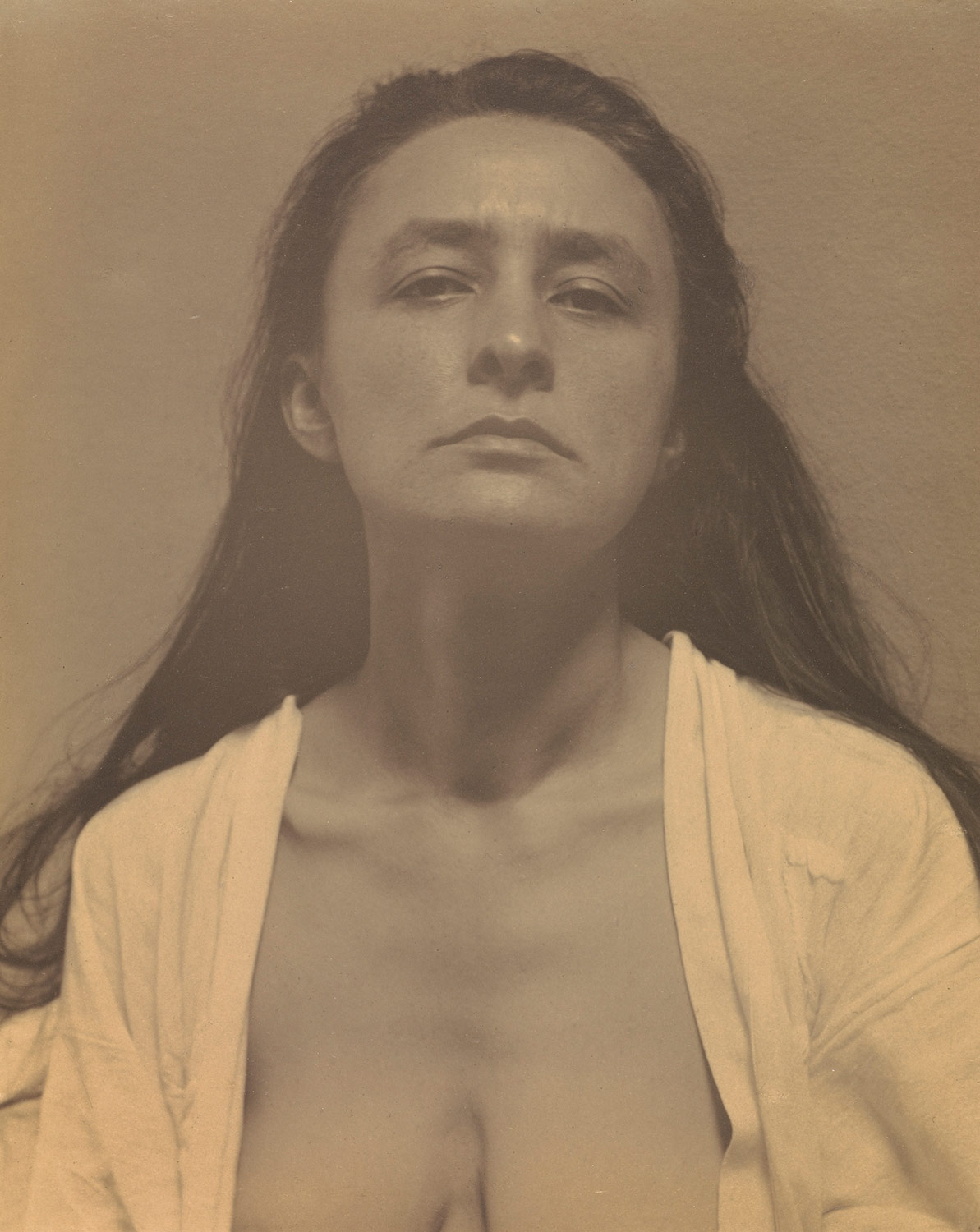 Despite the artist denying this very fact, Georgia O’Keeffe’s giant flower paintings were widely accepted as being erotic depictions of female genitalia since the 1920s. In the new exhibition at Tate Modern, thirteen rooms house more than one hundred examples of the American’s work over a fifty-year period. It’s the largest retrospective of the artist to come to the UK and features Jimson Weed, White Flower No 1 – the most expensive painting by a female artist, ever. We spoke to Hannah Johnston, Assistant Curator of the exhibition about how the gallery is aiming to expose the lesser-known bulk of her work –beyond the flowers that she’s widely known for– and evidence her underestimated complexity. 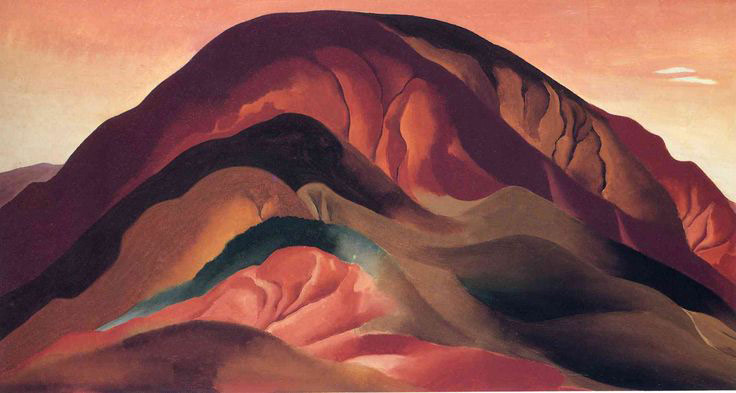 How far in advance does the planning for a retrospective like this begin?
Planning for a major exhibition like this begins between two and four years in advance. We’ve been working on the project since 2014, refining the checklist and plans for the installation as our research has developed.
As it is the first major exhibition since the revamp, how does the new Tate Modern enhance the exhibition experience?
The exhibition forms part of a newly expanded and exciting Tate Modern. It’s located in the Boiler House, but is a key part of a single programme that extends across the whole building to provide a rich variety of exhibitions, displays and events for our visitors.
With the exhibition marking 100 years since O’Keeffe’s career began, what do you think it is about her work that has given it its permanence?
I think the permanence of O’Keeffe’s work is a result of her enduring popular appeal –the fact that she painted subjects that are easily accessible to a broad audience– as well as her incredible modernity in terms of vision and approach. Despite being produced a century ago, in the case of her earliest charcoals, her work feels very contemporary. 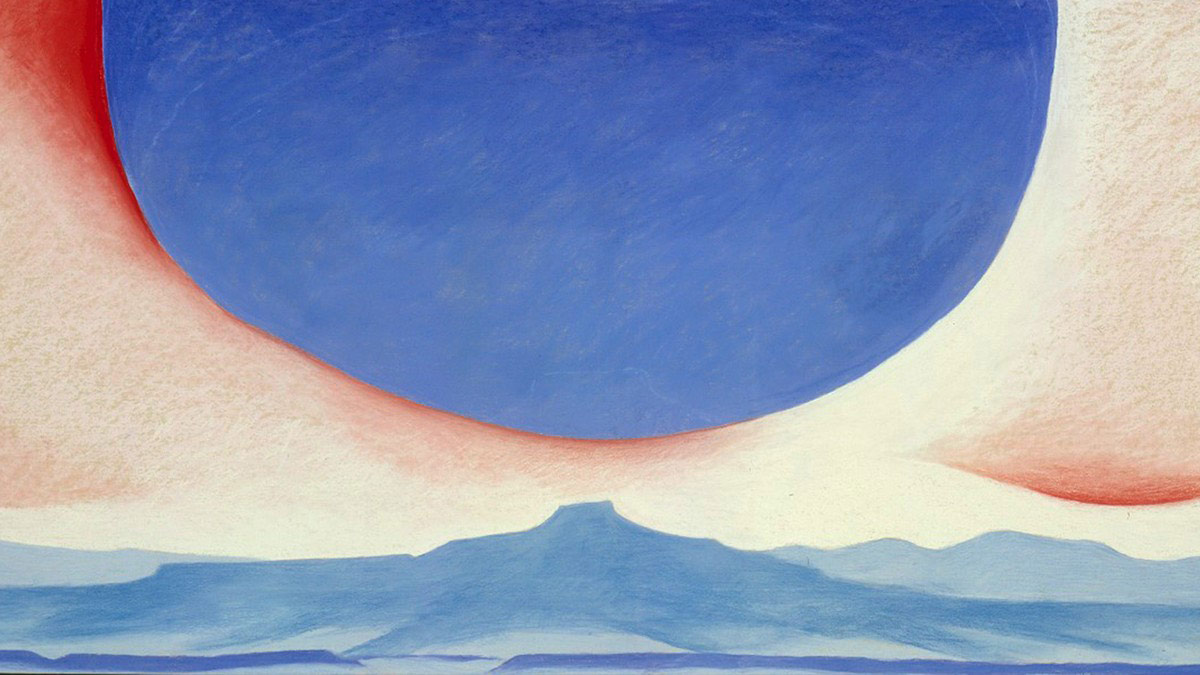 If you could sum up the artist’s work in a sentence, what would that sentence be?
American and modern – O’Keeffe was a foundational figure of American modernism who had a huge impact on artists of her own and subsequent generations.
How did you approach the selection process and choosing which of the artist’s works would make the exhibition?
We wanted to give a broad overview of the six decades of O’Keeffe’s career during which she was most productive –from the 1910s to the 1960s– and to showcase the incredible depth and diversity of her practice. Identifying key bodies of work was relatively straightforward – the tricky part was persuading lenders to part with some of the most treasured works in their collections, if only temporarily.
Why did you think it was important to show some of her lesser-known work alongside the likes of Jimson Weed?
Whilst the flowers are an important and much-loved part of O’Keeffe’s work, in reality they represent only a very small percentage of what she produced across her lifetime. Our exhibition aims to redress this balance, showing the multifaceted nature of her practice and the many subjects and locations she engaged with across the course of a long career.
Why do you think people started to read into the paintings as erotic and sexual, in a way that they don’t with male artists like Edward Weston?
O’Keeffe’s work was discussed in the context of her gender from very early on, in the late 1910s and early 1920s. Stieglitz and members of his circle applied psychoanalytical readings and viewed it as essentially feminine and an expression of her female sexuality. O’Keeffe was one of a small number of female artists who came to prominence in the largely masculine art world of the time, and perhaps as a result of this, her work was received in relation to her sex in a way that work by her male contemporaries was not. 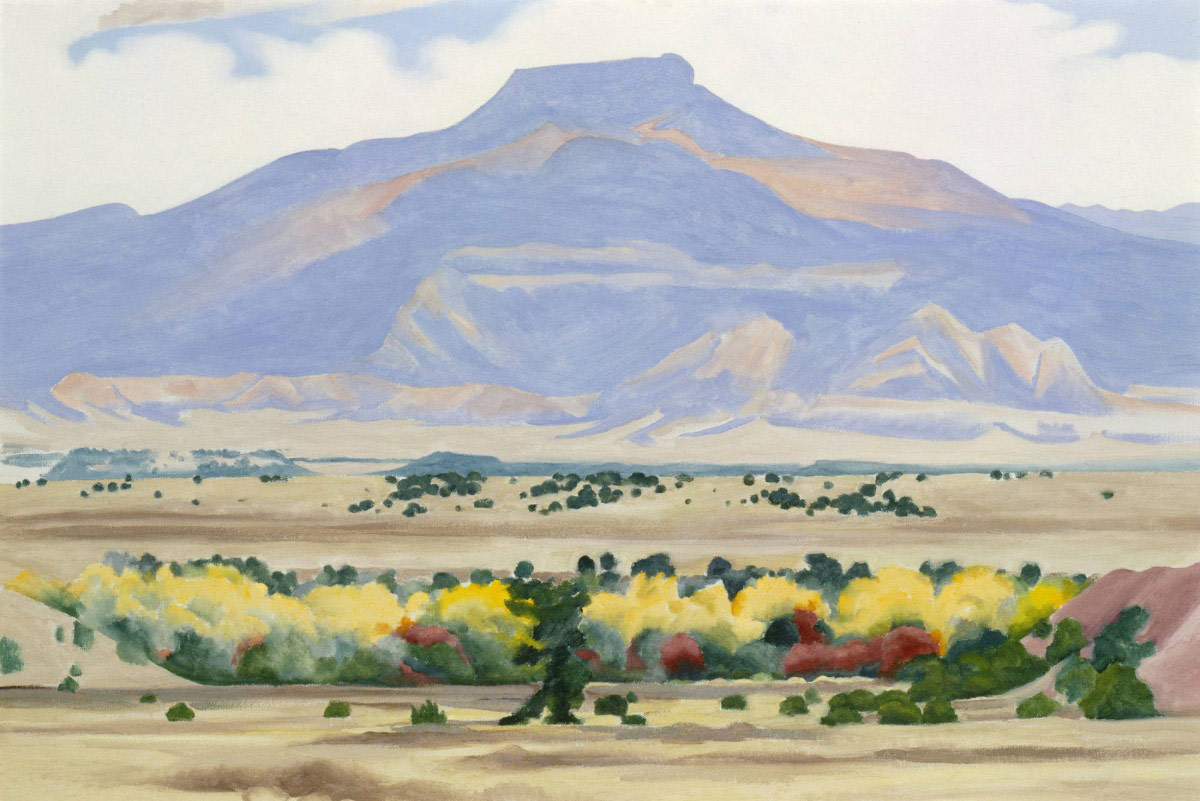 There’s an incredible quote of O’Keeffe’s, “Men put me down as the best woman painter… I think I’m one of the best painters,” do you think that the condescending way that her work was received by men was something that actively spurred her on further?
O’Keeffe was driven by an incredible ambition and determination throughout her life. When pigeonholed by her earliest critics, she simply vocalised her objections, turned to new subject matter, and continued to depict the world around her as she saw it.
There’s a room dedicated to the artist’s relationship with her husband, photographer and gallerist Alfred Stieglitz – why did you feel this was significant enough to command its own room?
O’Keeffe’s personal and professional partnership with Stieglitz –which lasted from 1916 until his death in 1946– was one of equality and profound mutual importance, and had an undeniable impact on her life and work. For this reason –as well as for his role in her introduction to modernist photography, which had a lifelong effect on her way of seeing– Stieglitz is central to the story.
If you could pick one thing that you want people to walk away from the exhibition thinking, what would it be?
I would hope for people to walk away from the exhibition with a lasting sense of surprise – that her work is far richer and more complex than she is perhaps often given credit for.
Georgia O’Keeffe is on view at the Tate Modern (London) until the 30th of October. 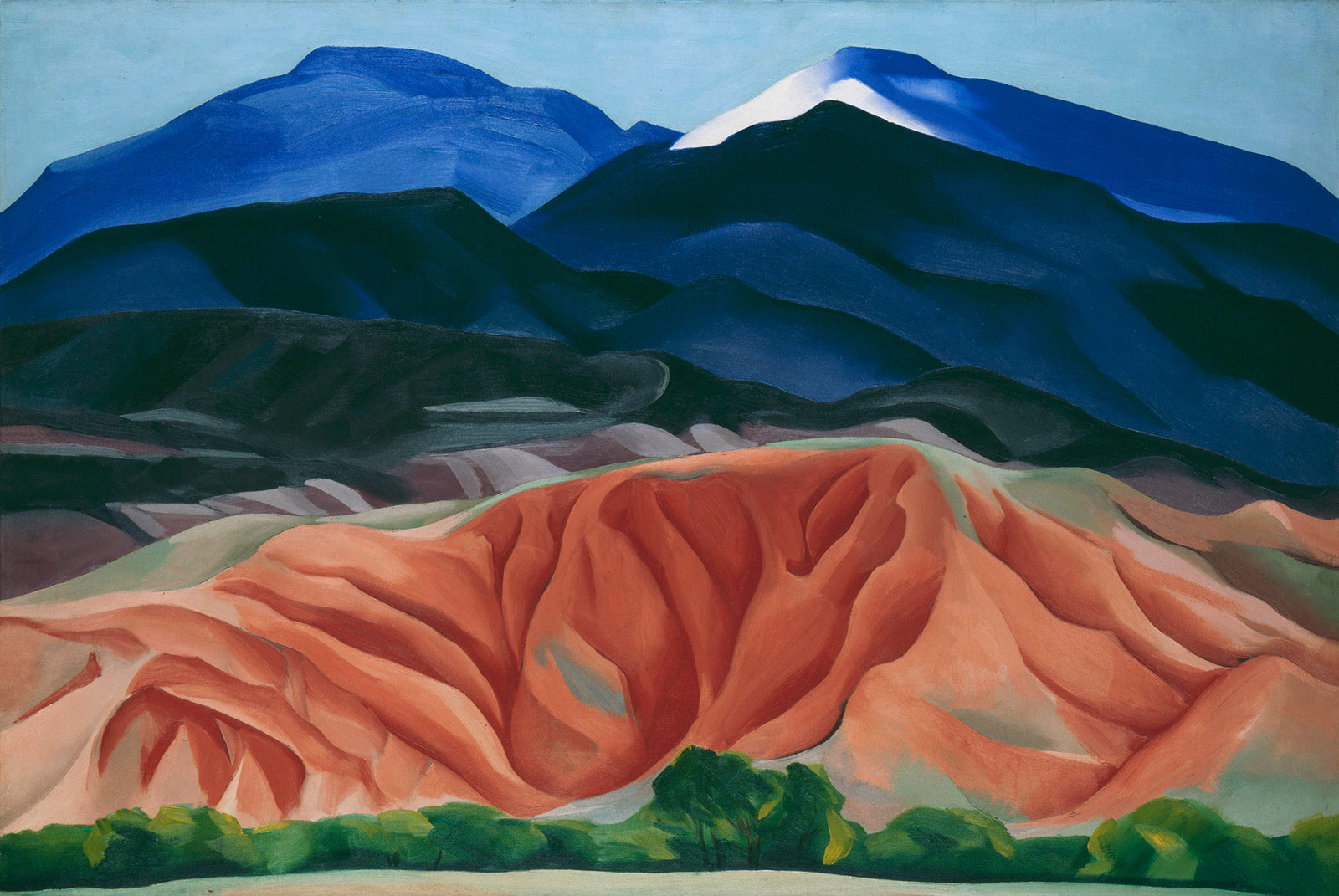 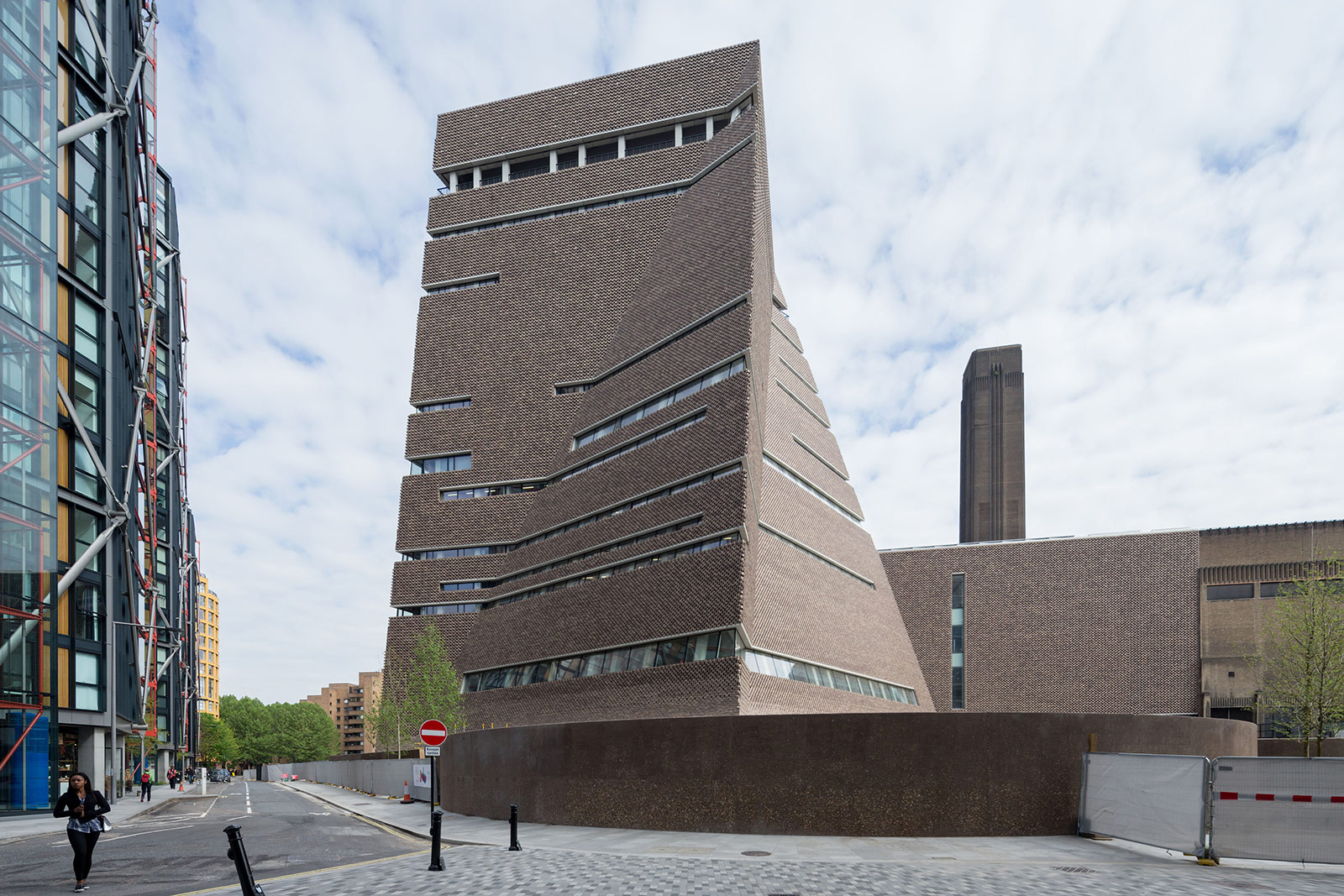