The world through a non-human gaze 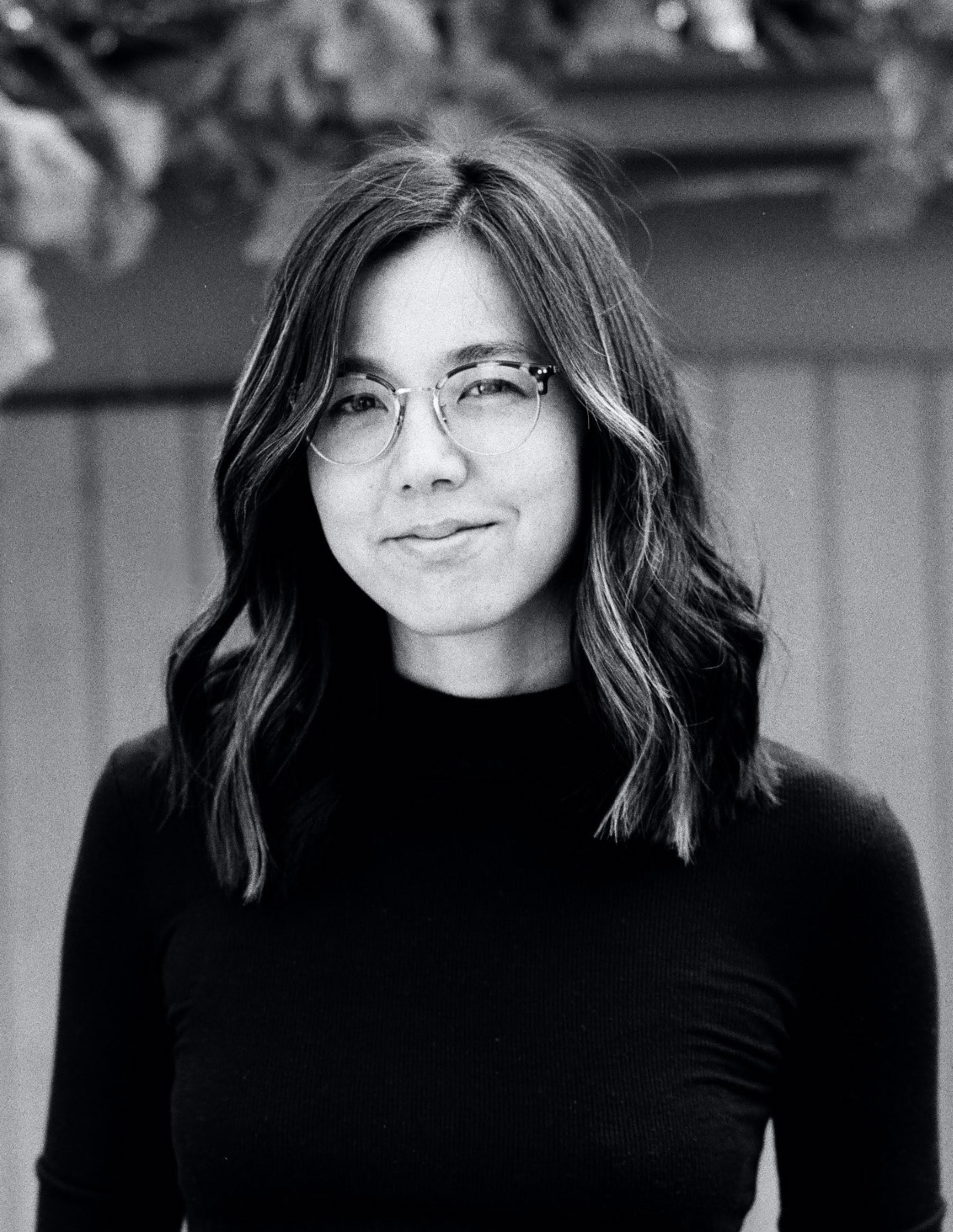 Now part of the official selection for Hamptons and the BFI Film Festival, and a recipient of Hot Docs’ top jury prize, Elizabeth Lo’s Stray presents an intimate perspective on alienation that will bring sceptics to their knees, quite literally. We catch up with Lo to talk about her love for filmmaking, her experimental filming methods, and how her actors “traversed across class, ethnic and gender lines in a way only stray dogs can.”
I think what we all want to know is where the idea for Stray came from. What was it about the streets of Istanbul that made you want to grab a camera and catch the next flight out there?
The impetus for Stray is personal. When my childhood dog died, I felt a quiet need to suppress my grief at his passing. I was shocked that something as personal as how my heart responds to the death of a loved one could be shaped by an external politics that defined him as lesser. As my grief evolved, I also saw how our moral conceptions of who and how much one matters can be in constant flux. This transformative moment is what propelled Stray’s exploration into value, hierarchy, and sentience.
Then, in 2017, I traveled to Turkey, a country whose history and relationship with strays is unique in the world. Turkish authorities have tried to annihilate stray dogs since 1909, leading to mass killings of Istanbul’s street dogs for the last century. But widespread protests against these killings transformed Turkey into one of the only countries where it is now illegal to euthanize or hold captive any stray dog. When I was there, surrounded by dogs who were neither pets nor pests, every free-roaming dog seemed to me like an emblem of resistance – living manifestations of compassion in the face of intolerance. That made me want to make a film about their lives in Turkey.
One of the most striking elements of this film is how the camera loyally follows the movements of the dogs to present a very intimate, restrictive study of vagrant life. Talk us through the physical procedure of capturing these shots. Did you run into any technical difficulties? And what advice would you give to filmmakers looking to emulate this style of cinematography?
I was perpetually crouched low as I filmed at dog’s height, a strenuous but literal way to challenge conventional modes of seeing and being in the world. Works like the ancient Greek philosopher Diogenes, who modeled his way of life around street dogs, and John Berger’s Why Look at Animals played crucial roles in the conceptualization of this film. Their works speak to the need of recognizing the destructive nature of our anthropocentrism. Stray is my attempt to recenter the world around a non-human gaze.
It was tough to figure out a rig that would feel embodied, unfamiliar, yet not entirely alienating. I ended up using an Easyrig, DJI Ronin gimbal, and prime lenses that had ridged rings so I could pull focus manually. Our research told us that vision isn’t primary to a dog’s senses, so even if shots were a little blurry, I was okay with it. I would say it’s necessary to build personal strength to physically withstand this setup.
As a director, how did you go about creating a working relationship with your actors? It must have been a huge challenge to hold on to the spontaneity of the animals, all the while wrestling with the need for pleasing aesthetics. Tell us about your strategy for interacting with the dogs both during and after takes.
From 2018 to 2019, I followed Zeytin with a camera and a stabilizer every day for six months while one of the three indispensable Turkish coproducers on the film (Ceylan Carhoglu, Zeynep Köprülü and Zeynep Aslanoba) would record sound on a bidirectional microphone to pick up overheard conversations. At the end of each night of filming, we’d place pet-tracking collars (Tractive GPS) onto Zeytin or Nazar so we’d be able to locate and find them the next morning. We learned very quickly that it was impossible to plan or schedule the lives of our stray subjects. Surrendering to their will, my producer Shane Boris and I decided Stray would be an experiment in what would happen if we left a film’s narrative up to dogs.
Zeytin quickly emerged as the focus of our production because she was one of the rare dogs we followed who did not inadvertently end up following us back. To the very last day of shooting, she remained radically independent. In Zeytin I saw a character who could fully envelop us within her own non-human will – a quality that was vital to a story about dogs who, unlike pets, are not only defined by their relationship to humans.
I followed Zeytin as she traversed across class, ethnic and gender lines in a way only stray dogs can. Night after night, I’d get lost following the dogs into dark alleyways. But as long as I was with them, I felt protected. They’d ward off people who paid our production unwanted attention – they truly could read my fears and desires. At the end of the night, I trusted that they would lead me back to where I needed to go to get home. I’m filled with nostalgia when I think about those wandering days. 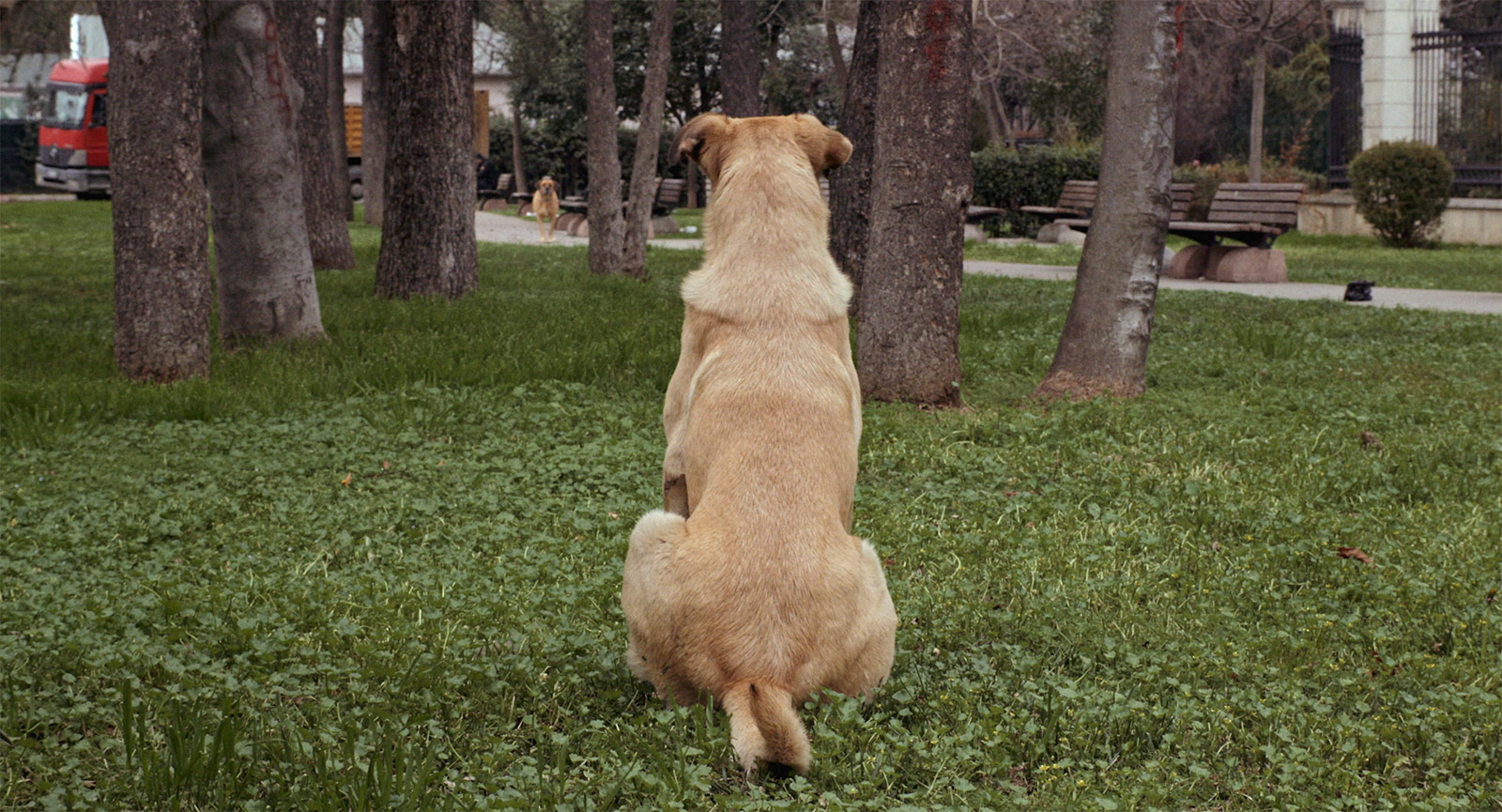 You mention in previous conversations that you were drawn to the documentary medium by your experience creating your first film, a study of zoo culture and the absurdity of the human-animal interact in this environment. How has your mission as an artist and documentary maker evolved since those early days?
I don’t know that my preoccupations have changed other than feeling more acutely the limits of documentary filmmaking. Sometimes I like the level of storytelling and beauty and subtlety that the greatest films possess often feel out of reach. My drive as a person and artist remains the same though: to challenge dominant narratives that I feel are destructive.
Who are your idols in the field of documentary filmmaking? And how do you interpret elements of their work into your own artistic process and the work you produce?
For documentary, Frederick Wiseman for his incisive critiques of society that are somehow mysteriously and endlessly compelling despite eschewing linear narrative structures; Agnes Varda for always seeing the world deeply; Michael Glawogger for finding technical beauty even in the realm of nonfiction; and Victor Kossakovsky simply for having the bravery and guts to make Gunda (among other films). I think the artists we admire are always floating in the backs of our minds as we produce, shoot, and edit.
The way you play with and layer sound is a crucial element in establishing the hard-hitting realism of your work. In your 2014 short doc, Hotel 22, a space for dialogue between yourself and your viewer emerges from a contrast between the cacophony of nightlife activity and the blunt, honest images of homeless and the exhaustion that ensues. How do you personally describe your process of crafting soundscape?
I approach sound differently with each film. There’s one moment in Hotel 22 where the rumble of the bus gives way to the breathing of an elderly man snoring quietly. I did this to suggest that the people on this bus are not defined just by their state of homelessness, to say that their inner life – their dreams, their very breath – exceeds the horror of their circumstances.
In Stray, I worked with Ernst Karel, the sound designer behind such seminal films as Leviathan and Sweetgrass, to develop an aural language for how to cinematically represent canine hearing: a world in which human dialogue becomes radically secondary to heightened frequencies, and where Ali Helnwein’s classical score is distorted to match the gritty, lived experiences of the film’s protagonists. 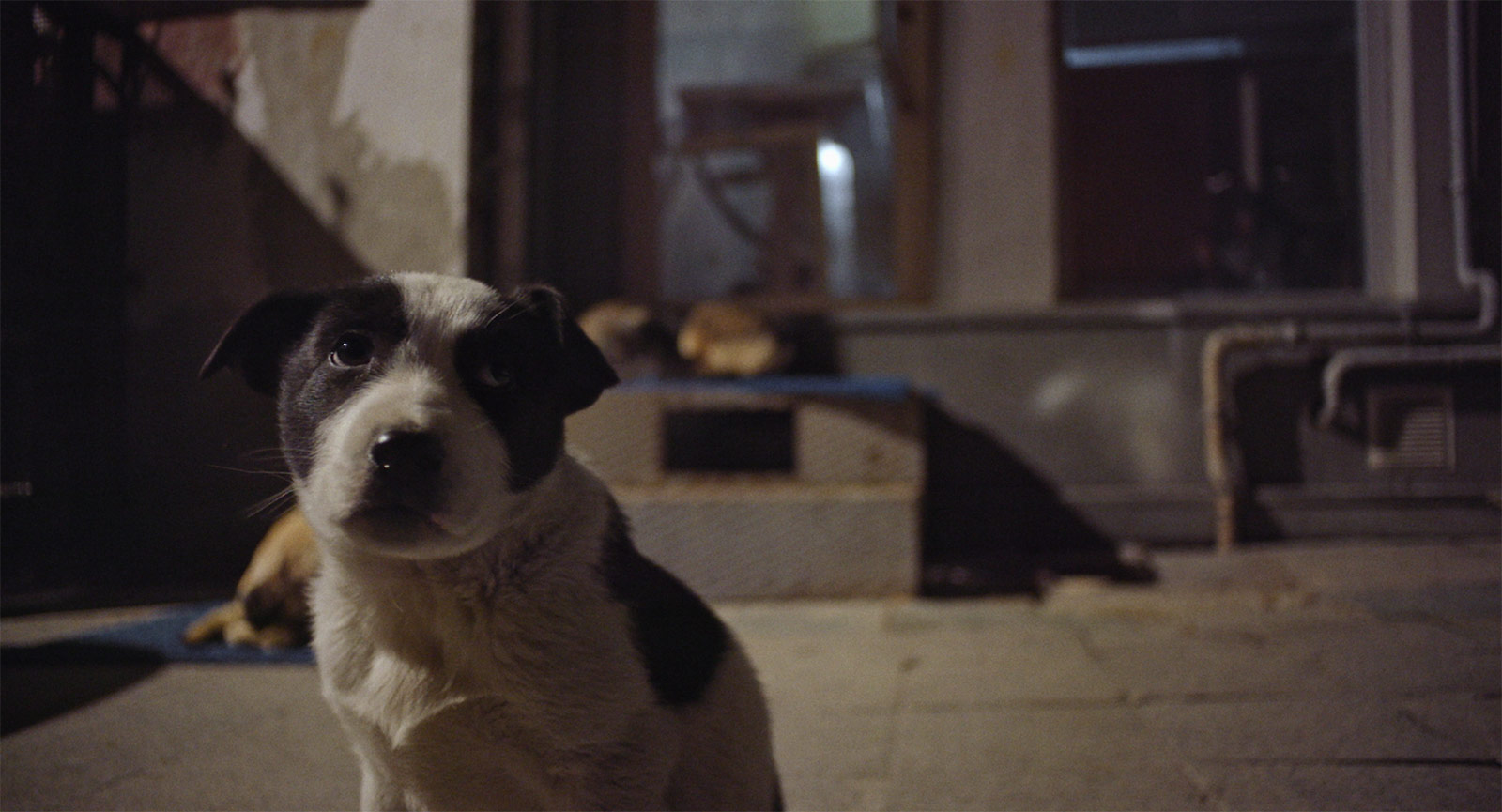 In recent years, there has been much debate over the presence of sensationalism in how we digest information today. In pop culture documentary, we need only look as far as Netflix’s Tiger King to see the controversy surrounding the film medium in conveying artificial ‘truths’ purely for the entertainment of the audience. How do you tackle these issues when you first approach a project? What is your concept of “truth” in film/film making?
This line between being accessible and maintaining rigor is something I think about a lot. I feel like Stray falls somewhere in between, for better or for worse, but I’m proud of where I landed with it. I don’t quite know where I am with that, or if I have any concept of ‘truth’ in filmmaking. I judge films for what they say about the world, and how they say it. Nothing more.
On a similar note, why do you think the documentary medium is so essential to today’s culture?
I think films are essential regardless of whether they’re documentary or fiction. But in terms of why nonfiction is particularly popular these days, I think it’s because many widely distributed documentaries have taken on this form that is very easy to digest, and so people consume them.
With the postponement of film festivals across the globe due to Covid-19, alternative modes of film creation and exhibition, like the virtual festivals now being held by the likes of the BFI and Hamptons, are currently being explored. How has lockdown/restrictions impacted your approach to creating and exhibiting your work?
I feel saddened by it. I still have yet to experience the film with a live audience. It’s surreal to have spent five years on a film only to have it released to anonymous faces over the Internet. I fear for the future of cinemas – especially to sustain films that require patience, immersion, and time. I still hold out hope, so I haven’t decided to change my approach to creating or exhibiting my work yet, but I will probably have to.
What do you hope that people take from your work? And, in what direction is this message taking you next?
My journey through Turkey traversed a socio-cultural terrain in which for a moment, one nation became refuge for many others. When xenophobia, species destruction and nationalist sentiment are rising all around the world, Stray springs from these cracks in our anthropocentric modernity. It asks us to reevaluate what it means that our streets are continuously emptied of everyone except those whom we’ve deemed to be its legitimate citizens.
Through Stray, I hope to continually push the boundaries of the cinematic medium in order to explore and challenge unequal states of personhood – to expand viewers’ circles of moral and perceptual consideration beyond their own class, culture, and species. 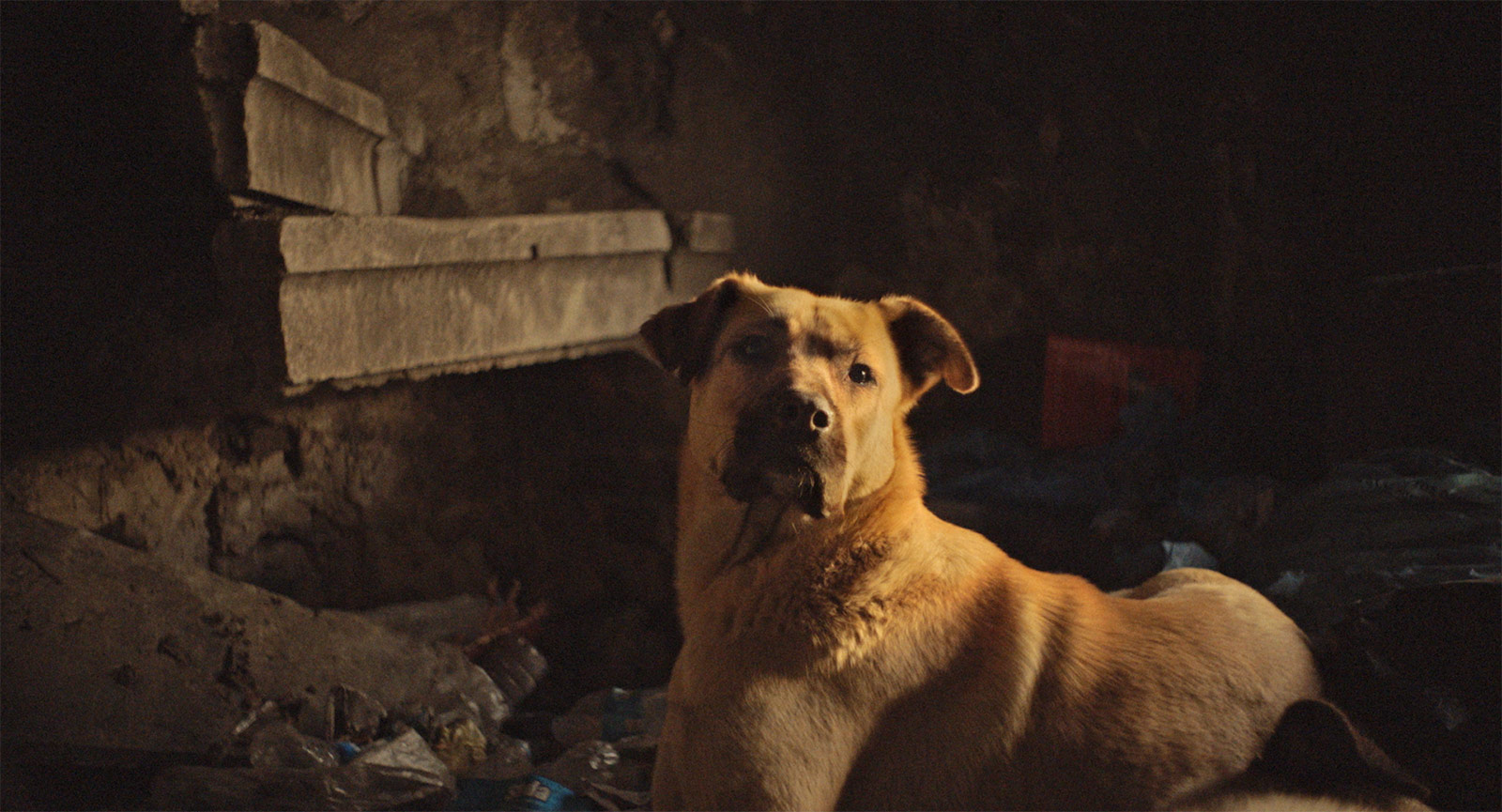 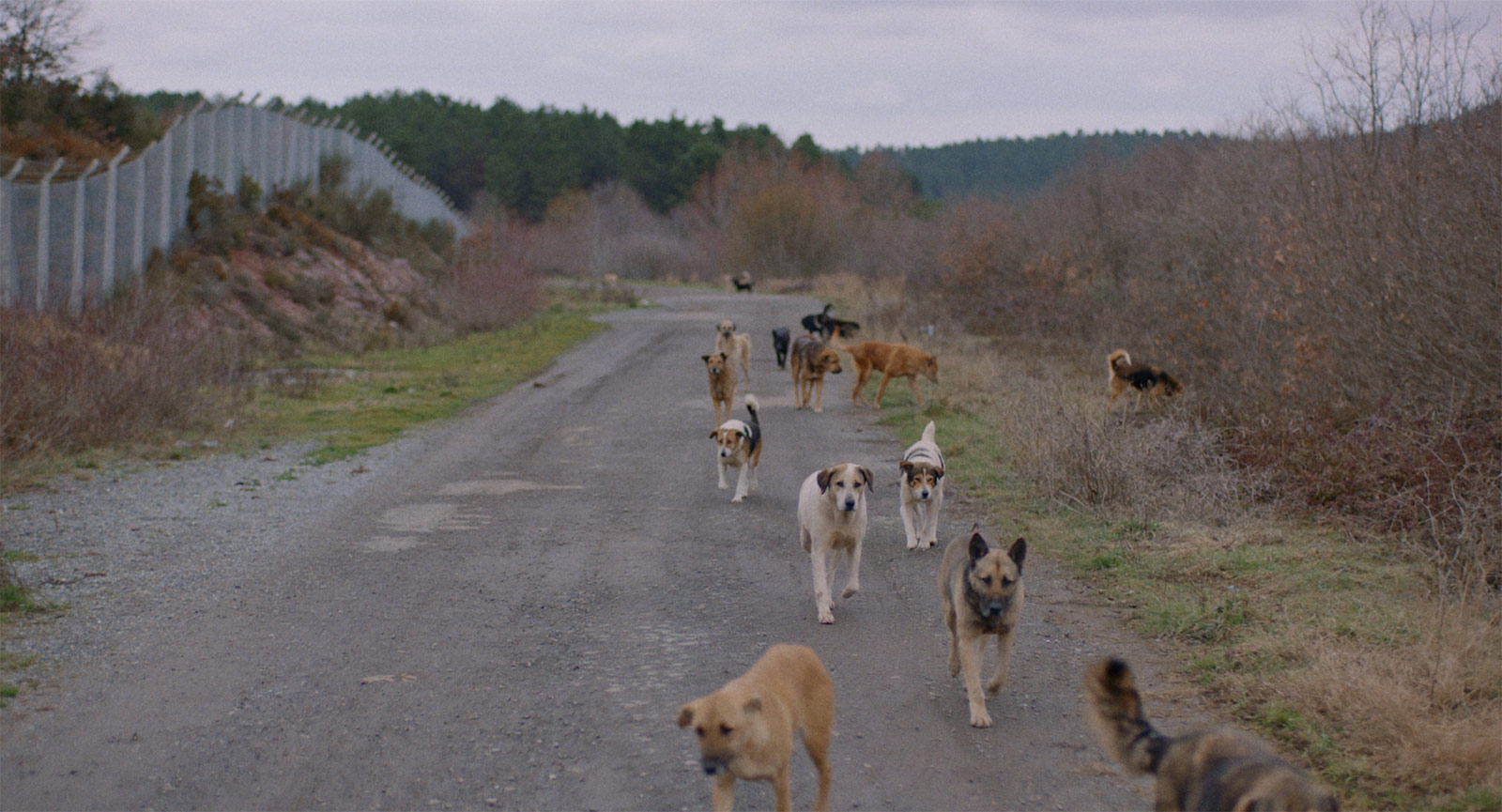