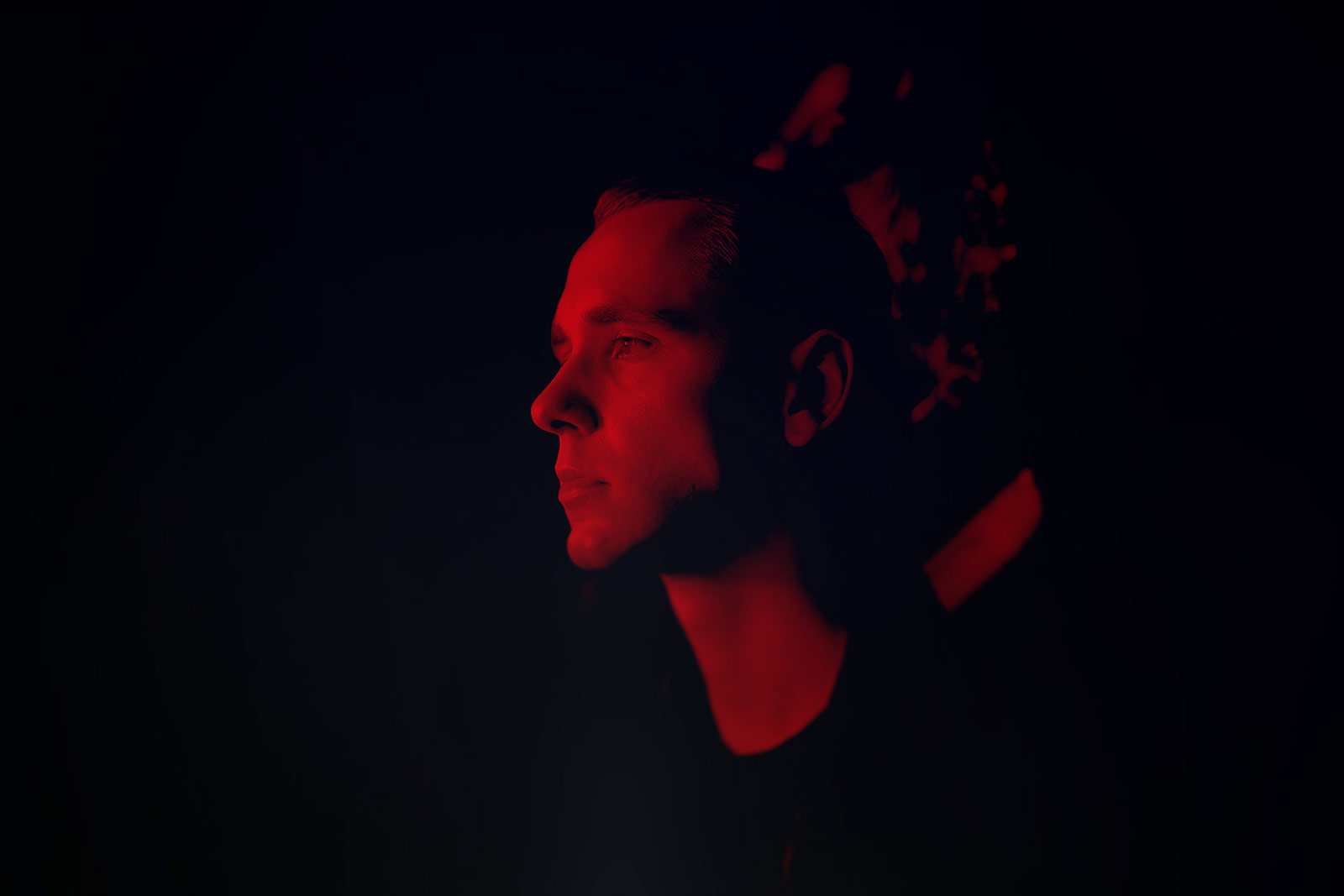 The natural born performer has had a lot of success over in Germany already – last year he won the award for Best Newcomer at the Preis Für Popkultur (previous winners include Kraftwerk, Moderat and Peaches). We discover what’s behind the artist and his work.
What was growing up in Herxheim like? Did it influence your decision to pursue music?
I always found Herxheim to be outstandingly peculiar – people from there just function differently. It may best be described as the Twin Peaks of southern Germany, yet growing up there was still very dreary to say the least. There just is not a thing to do unless you find something for yourself to do. Being terminally bored and having been exposed to music television from a very early age naturally led me to pick up a guitar, bang a drum and scream.
What genre would you describe your album Harieschaim as and what is the concept of the album?
I don't really care much for pigeonholing my own art. It is however undeniable that before I wrote the songs for Harieschaim I got heavily into and was thus severely influenced by a large amount of Post-Punk, Neue Deutsche Welle, Synth Pop, Dark Wave and Industrial.
How long have you been working on this album for?
They say the first album takes a lifetime to make and in my case this is very true. On this record there can be found songs that I recorded with a head-set duct-taped to a cheap Casio keyboard aged 14 as well as tunes as recent as last year. When I finally got together with Markus Ganter, who produced the album, it took several intense work units spanning the course of about three to four years until Harieschaim was released in Germany.

Which artists have inspired you in the past and who is currently inspiring new work of yours?
The first couple of bands I can clearly remember from my childhood days are AC/DC, Rammstein, The Prodigy, Metallica, KoRn, The Beastie Boys, Ian Dury & The Blockheads, Tuxedomoon, The B-52s, DAF and Marilyn Manson, the latter of which I was to become obsessed with quite a bit during my pre-teen years. Before I was able to really grasp and understand music my dad competently ran his pub to bankruptcy, which forced him to bring home the mixtapes he had recorded to be played there and that in turn sowed the seed for my burgeoning obsession with music. When I was about 6 or 7 I was allowed to watch MTV, VIVA and VIVA2 and wished for nothing but CDs and Marilyn Manson action figures for my birthday or Christmas. Then at 9 my father took me to see Manson and Peaches in Frankfurt and at that point I already knew what I myself had to become one day. Right now I am almost exclusively listening to Puscifer after some pretty hefty Tool, Metallica, Smashing Pumpkins and Shellac phases.
Your music infiltrates a very distinctive punk-rock 80s and indie vibe. What instruments do you work with to achieve this sound?
An array of customary guitars, basses, acoustic drums and drum-machines, analogue as well as digital synthesizers garnished with a pinch of pure hatred.
How would you describe the sound of your music and your band?
I would describe it as ‘Brute Pop’.
What is usually running through your head when you are in the studio, jamming out, striving for that perfect sound?
I try not to think too much at all when writing music, as for me the process itself is the sheer opposite of thinking. Once you feel inspired and reach the point where idea after idea hits your brain it becomes almost this out-of-body-experience where neither time nor nutrition nor the problems or concerns of what is usually perceived by one as the real world matter anymore. When I'm in the studio I am indeed striving for perfection, so much so that I become an abominable pain in the ass to anyone forced to work within close proximity to me and my mood-swings.

What is your favourite song from Harieschaim and why?
That would have to be Hinterkaifeck. From the song's title and its multi-layered tongue-in cheek lyrics to the intolerably over the top arrangement – when I wrote it, it felt exactly like the song I always wanted to write. Of course I have long set out to find a more refined version of that feeling by trying to write what now to me seems an even better song. Also I think maybe a single person other than myself agrees with my views on this.
What do the lyrics in your songs mean to you?
Writing is coping and the lyrics are me. I have become invulnerable by making myself as vulnerable as possible, by turning the inside out, by sharing my most private, conflicting feelings and views with everyone and I don't think I have even reached the pinnacle of doing that yet.
I love how your music videos always tell a clear story whilst using interesting graphic techniques (such as layering). Do you make the concepts yourself?
Why, thank you! I am indeed deeply involved in every visual aspect of Drangsal which can largely be blamed on my extreme issue with trusting anyone but myself. Ninety percent of what you get to see springs from my own mind, the ten percent that are left are sheer execution and this requires hands more skilled than my own. It's about making an idea become tangible as fast as possible.

What inspired the music video for your song Allan Align?
Director Max Wiedenhofer and I both grew up in small, overly catholic villages, so a church seemed almost like a natural habitat. I consciously chose not to cast a women my age, but rather wanted to include someone that seemed ill-fitting. Jenny Elvers, who plays the female part in the video, is an infamous German starlet who's primarily known for being involved with alcohol-addiction as well as repeatedly making headlines for domestic violence. She's the prime metaphor for a fallen star, an angel who has sinned. That and wanting to kiss a 44-year old women much more famous than I am led to the video.
How would you describe your style? Does it influence your music?
I just like to ruffle people's feathers on all sensory levels. I smell like Irish moss, patchouli and incense and I dress like a mixture between Assi and Paddy McAloon.
Finally, what would you like to accomplish within the next few years?
I would like to continue to concentrate solely on writing, recording and performing music and to let as many people as possible here the result. 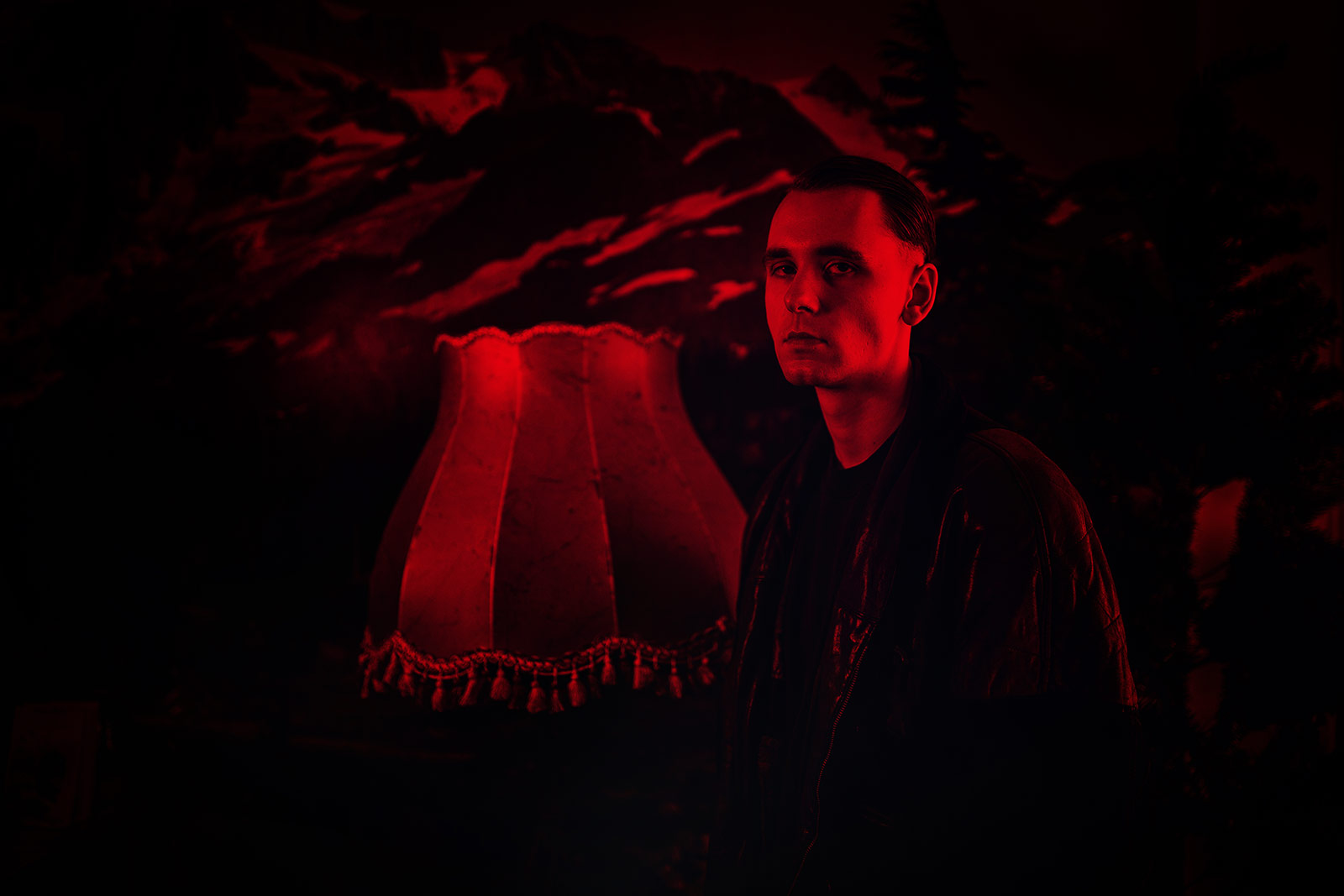