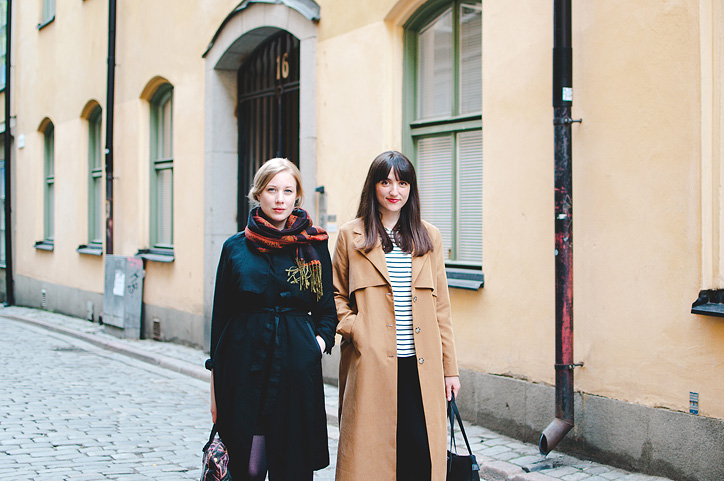 The Situationists conceived the idea of “dérivé” as an unplanned journey through the city landscapes guided only by instinct and emotion, without considering the reason or final destination. The fascination for this experience led Marta Vargas, together with Helena Öhman and Arno Selvini, to create Deriva Paper, a new annual magazine that captures the pleasures of discovering those parts of the city that we so often overlook in our day to day lives as prisoners of routine. Each of the essays and the photographs found inside its pages show the personal experiences born from exploring a city through all the senses.

What are the origins of Deriva Paper? How did you come up with the idea of creating a new magazine?

Marta: The blueprint of Deriva was my final degree project some years ago. I have always loved editorial design, so I knew I wanted to create a publication. However, it took me a while to find a strong concept for it.
One day, I was on my way to school and I realized that, despite having been living in Barcelona for three years, I was always following the same paths. That city never amazed me, maybe because I found it ordinary, so I decided to see it with new eyes. While trying to discover it more consciously, just being aware, present, and walking without any specific direction, I realized the city is a vast source of details that often go unnoticed.
That idea brought me to a theory called “Psychogeography”, which is an approach to geography based on “drifting” around urban environments, and how those affect our emotions and behavior. I found it fascinating, and the possibilities of translating that idea into a publication were endless.

Who is behind Deriva Paper?

Marta Vargas is the founder and creative director. Helena Öhman is the editor, and Arno Selvini is our Managing Director.

And what strengths did you join?

Helena: We all come from backgrounds that touch the cornerstones of what makes Deriva what it is: design, photography, production, fiction publishing and copywriting are some examples. Arno also has a background in music. I think this melting pot of backgrounds has created a team with a well-rounded view on what a publication can evolve into going forward. Thinking about it, all of the above disciplines and interests are connected to art and human nature of communicating and reflecting – the basis of Deriva.

The Deriva concept means losing yourself in the city going anywhere to discover its unknown places or maybe the ones that we ignore in our daily life. What does this experience mean for you and how have you portrayed the concept in the magazine?

Marta: For me, discovering the concepts that define Deriva has been life changing. While walking around Barcelona, taking the pictures for Issue One, I felt the joy of being aware of every single detail, smell, and sound. We translated that experience into a publication that is divided into four walks around different areas of a city. Every walk is composed by a story, a neighbourhood walk, and the vision of a “flâneur” (in French, this means “observer of the urban life”), who portrayed that area with a disposable camera and notebook. The main idea of this first issue was to find the invisible – the things we would perhaps have walked by without noticing had we not slowed down.

And for you, what is essential part of discovering a city?

Helena: I like to spend time on my own – both in new and familiar surroundings. When you have no one to talk to or look at, besides strangers and your surroundings, you start seeing things you’d perhaps walk by if you weren’t on your own. A simple method is to slow down, pace down to half the speed at which you’d otherwise walk. Or to sit down by the patio or window of a coffee shop and look at and listen to what’s happening around you.

Some weeks ago you got the pre-orders needed to print the first issue of Deriva Paper. Had you anticipated such a good reception?

Marta: I think I still haven’t realised this is really happening. The past days have been filled with packing and shipping orders, and the feeling of knowing that something you have created is going to reach so many people in different countries is very rewarding. I can’t wait to get feedback from our readers.

The first issue was produced in the city of Barcelona. What can we expect from it?

Marta: An uncommon point of view of Barcelona. Deriva is not a city guide, that’s why we don’t mention the name of the city of each issue. We just give the coordinates and an approximate map, for those who really want to locate the exact areas while exploring the publication. But for us, it doesn’t really matter which city you are in, but how you look at it.
Helena: Sometimes, we’re so set on the thought of having to go to faraway places in order to experience “newness”. Surely, going to new places can unleash creativity and curiosity by pure reflex, but it’s not a requirement. What if you didn’t even need to hop on a flight in order to experience environments the way you would when traveling, but just take a slightly new route?

This issue has 15 collaborators and four “flaneurs”. Can you explain a bit about each group?

Helena: Flâneurs are our “correspondents” out in the field. They’re asked to go for a walk around their favourite neighbourhood along with a disposable camera and a notebook to capture their impressions. Some write down dialogue that they’ve happened to eavesdrop on or illustrate scenes they’ve seen. Others find new concepts for things we tend to bypass – such as Andrés Requena who sees house corners as vertical horizons, and decided to focus only on that during his walk. Then, there are the essayists. In this issue, they focus on city living as a phenomenon. How do we draw inner maps of a city? What happens if you take a group of architects and have them walk through the city blindfolded? How is a European and Asian city bridged together by its people? Those are the questions our essayists bring up. Lastly we have short stories to complement each section; and in the middle, a piece of literature to read while in your oasis – a place where all the typical characteristics of a city disappear, such as when inside a greenhouse or courtyard.

And how did you find these collaborators?

Marta: For this issue, we have contacted people we admire. In the case of the flâneurs, we got in touch with different creatives who could give us a broad point of view of the city. But the truth is that most of the people that have worked in this issue (from contributors, to writers and translators), are people who have believed in Deriva from the very beginning and wanted to be part of it. I will be always very grateful to all of them for that.

Everyone has their own sources of inspiration. So, what has inspired you in creating Deriva Paper?

Marta: The main source of inspiration for me was the discovery of such a strong concept. The rest came on its own.

Nowadays there are many magazines focused on design, art and culture. Were you inspired by any when creating Deriva Paper?

Marta: The three of us love publications, and we can spend hours browsing through different magazines in our favourite magazine store in Stockholm, Papercut. I don’t think I can say we have a specific reference, since the main goal of our graphic profile has always been to capture and communicate our concept in the best way possible, but I guess all of us get inspired by the things we like and put bits and pieces of that into the magazine.

In your Instagram you’ve launched the hash tag of #derivawalks where people can upload pictures about their favourite corners of the cities. Are you considering opening a blog online in addition to the print magazine?

Marta: Right now we are working on a platform which will allow us to share more stories online, including #derivawalks, which is a very inspiring project for us. The idea is to bring a communal aspect to the Deriva concept. We will discover more soon!

Can you give us any hints about the second issue?

Helena: Issue Two is underway. Right now, we are in the process of defining a set of contributors – writers, essayists and flaneurs – with a strong relationship to the city in particular and cities in themselves. We have some real dream contributors and collaboration partners in our minds and back pockets that we can’t wait to work with! Since the second issue will concern Stockholm, a city in which we print the magazine, live in, and to which we have all travelled to settle for a while, we have a special relationship to the opportunities that arise with this particular city canvas. But, as always, the city of choice will work in the background to give inspiration on how to explore your own neighbourhood.
Marta: Stockholm is a very special city for me, so I can’t wait to start working on Issue Two! 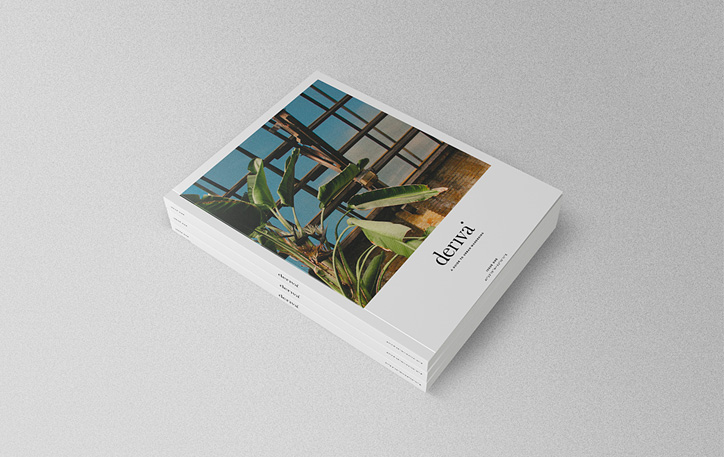 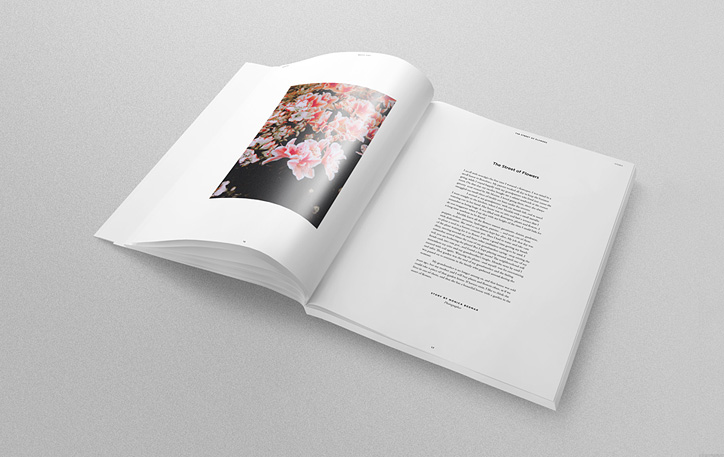 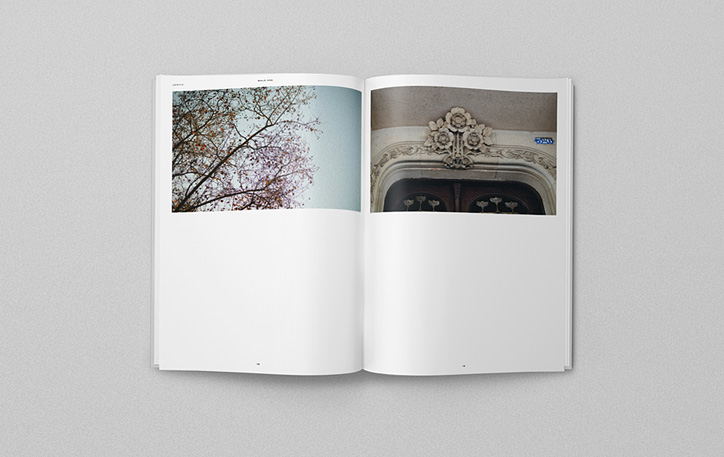 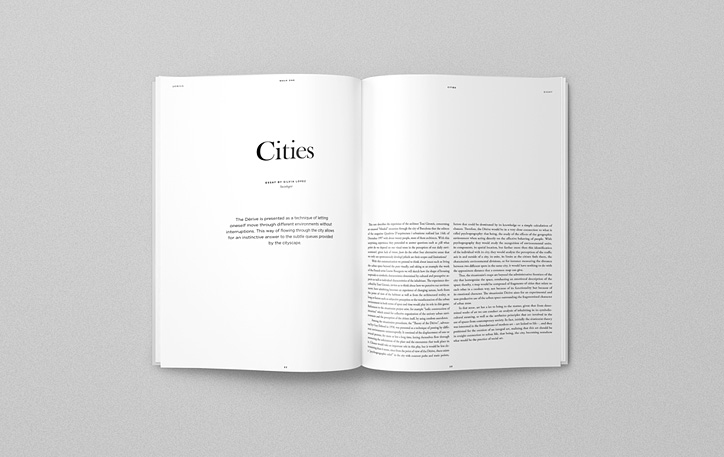 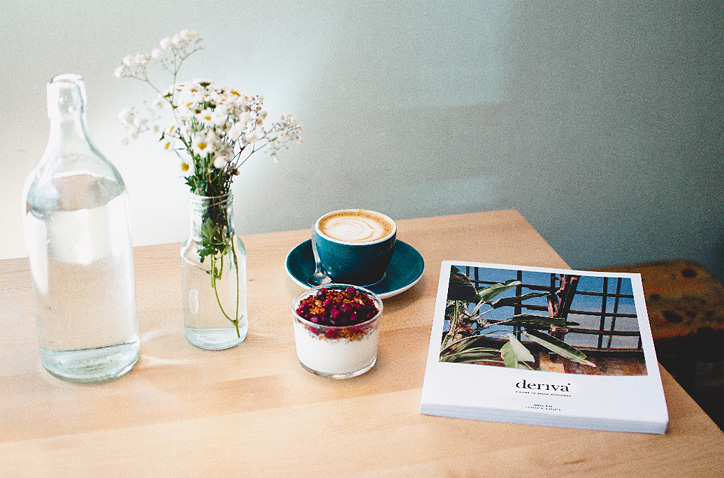 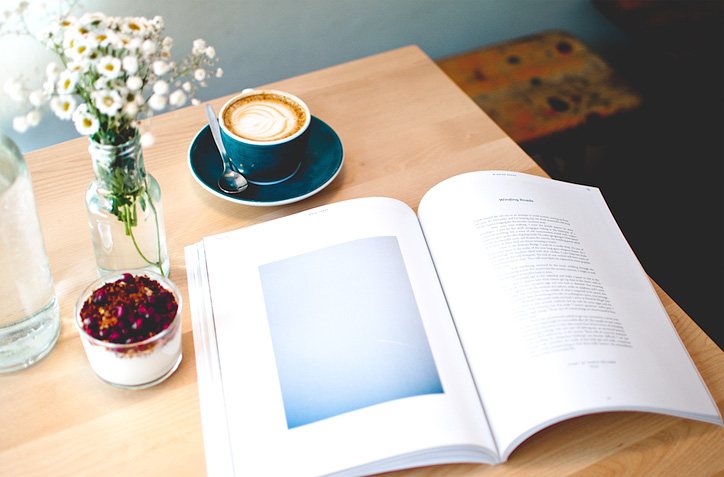