The Science of Style 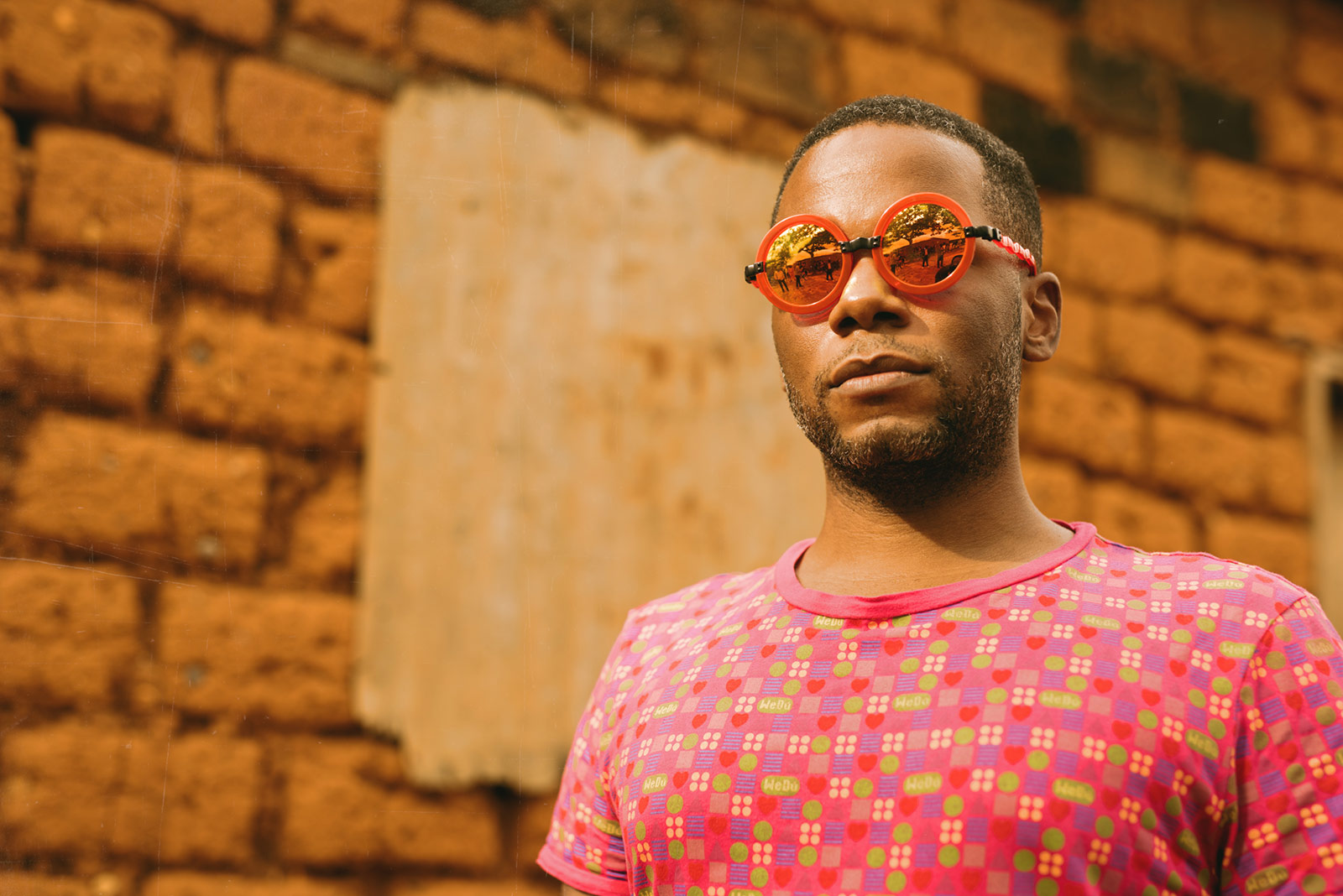 Growing up in a multi-cultural environment, Coréon Dú always aims to find elements of different heritages instead of trying to segment and compartmentalise them. He brings the best aspects of each culture and art form into one harmonious creation. His latest documentary, Bangaologia, The science of Style, includes Angolan as well as international figures to provide an interesting insight into African creativity. We had a talk with him about culture, style and personality. 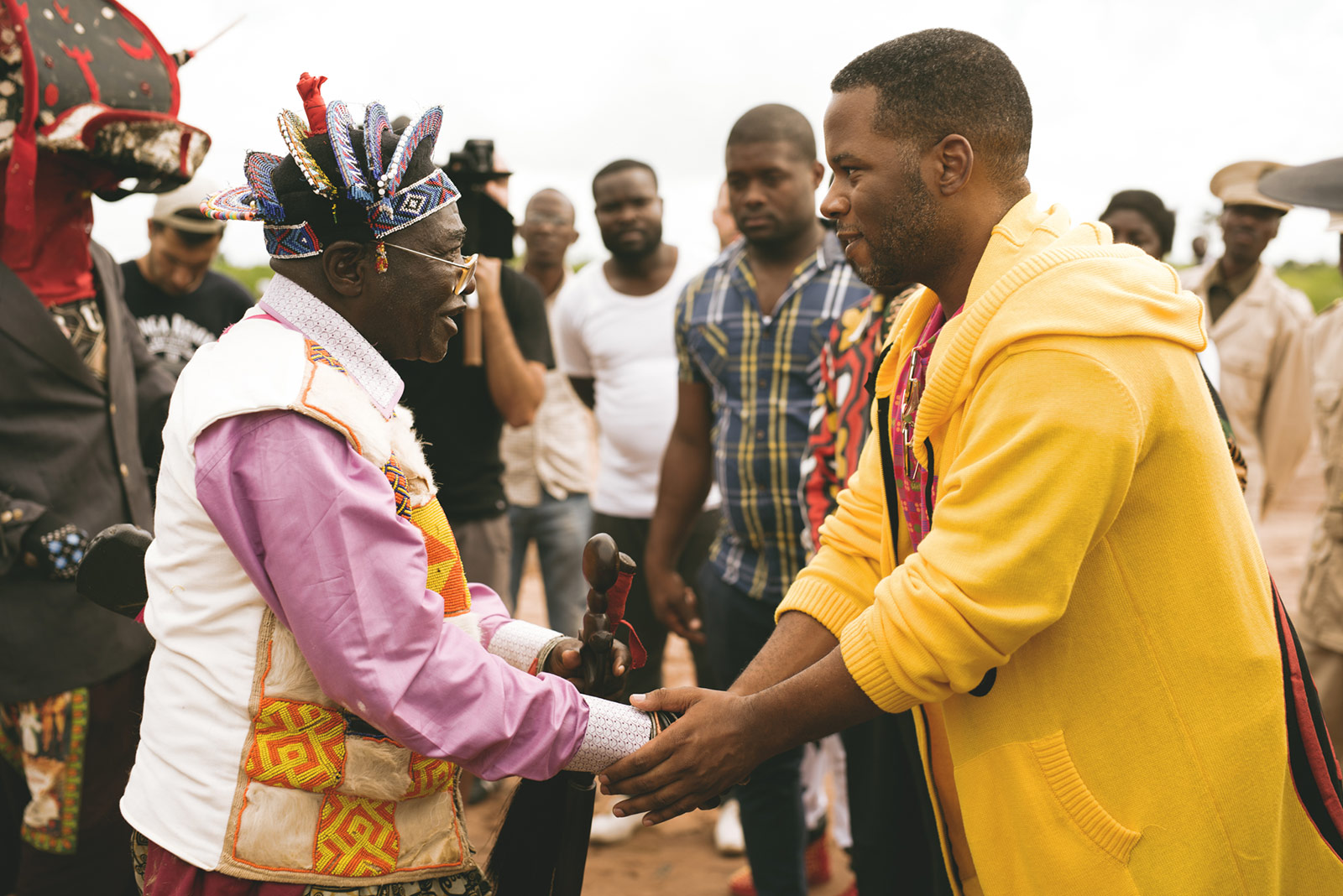 What is the concept behind your documentary Bangaologia, The Science of Style?
I was on the quest to find the essence of African style and why the world has become so fascinated with it. When people think of style, or even fashion, they always think it’s something superficial. I think that both of those are a reflection of something deeper about the way we as humans express our personality, our culture and our livelihood. In the past five years especially, I’ve noticed a really big focus on African aesthetics and creativity in various creative industries including fashion, visual arts, music and even architecture. This made me really curious as to why this was starting to happen. That’s what sparked my desire to make this documentary.
There are different people talking about the phenomenon “Banga” in the documentary, could you explain your version of the word?
Banga is difficult to translate, but synonyms of it would be style, attitude and personality, which is why I call Banga the essence of style. I really believe that it exists in every culture, however it seems that in some cultures people are braver than others in expressing the various forms of the word.
Bangão is someone who is courageous and confident enough to naturally express his or her Banga. As the editor of Lux Magazine from Angola says in the documentary, “a Bangão doesn’t force her style, it’s something that comes naturally.”
Bangaologia, or the science of style, is funny, because this word started out as an inside joke. As an artist and Angolan who grew up in a Western culture, I sometimes take a look back to appreciate my own culture from a different perspective as I’m both inside and outside of it. I started to realise how influential Banga was not only to me as an Angolan and African artist, but also to our society in general.
In what way do you reflect the multicultural aspect of your music and your interest in art and fashion in the documentary?
This is probably the most personal piece of film work that I’ve done so far. In the past, when it comes to documentary or film work, I usually try to show my work without being in it. This was a different experience, because it would have been difficult to invite people into such an intimate subject without being present to start the conversation.
I directed the documentary from my point of view, you even see and hear me. It’s me communicating without a filter. I’ve also curated a soundtrack that includes original music, music by popular artists and some of my own music. The ultimate goal is to share the documentary with everyone and let everyone take their own interpretation of what they’re experiencing. And of course, to encourage people to feel confident enough to express this feeling through their own Banga! 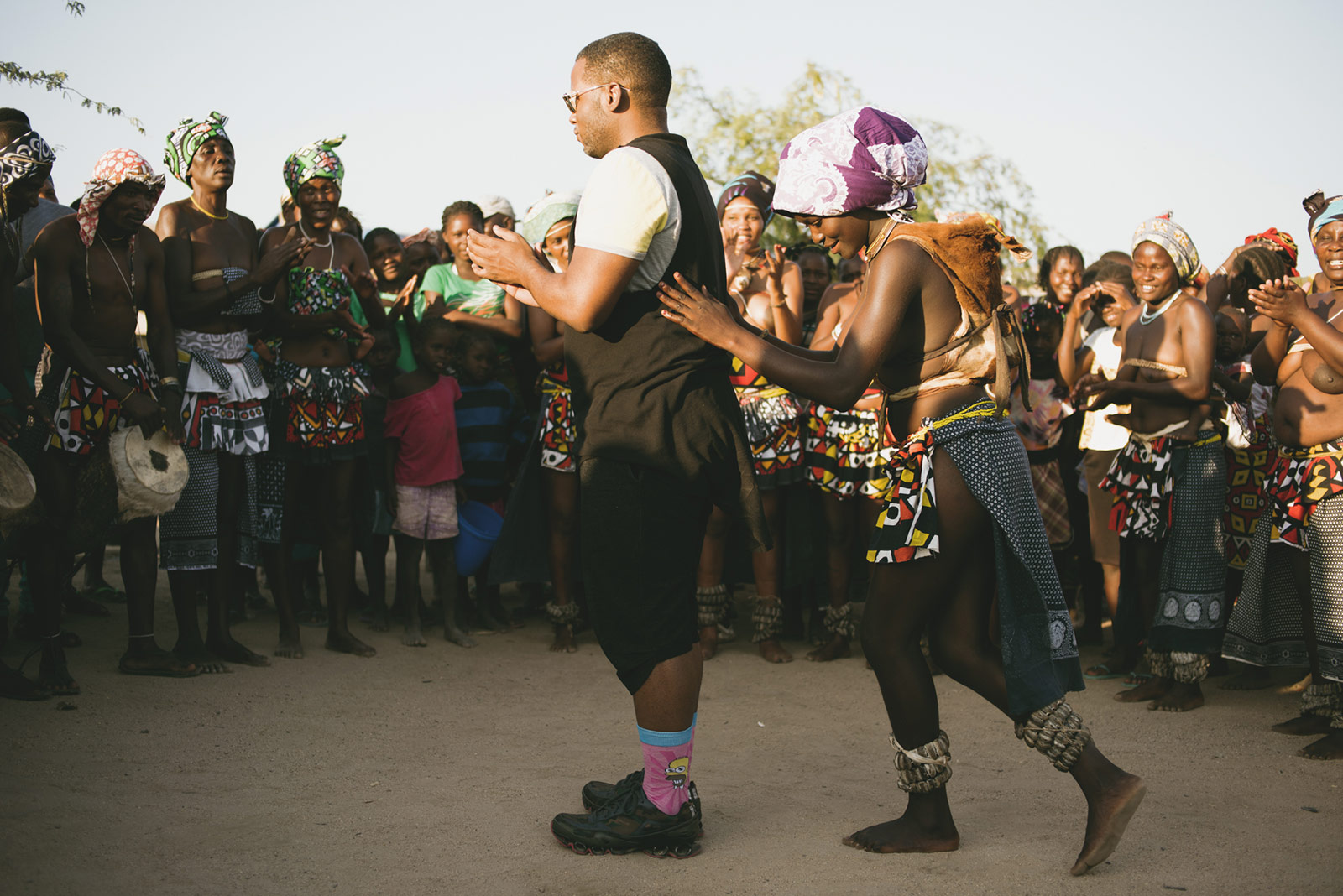 Your outfits can be quite extravagant sometimes, is this a way to express your personality?
I grew up very shy, so I think non-verbal communication is very important. Since actions speak louder than words, I sometimes need to let my visuals do the talking even if it’s in a very subtle way. I was probably about six or seven when my interest for fashion started. Angolan artists such as Filipe Mukenga and Carlos Burity, as well as international artists like David Bowie and Prince inspired me to experiment with my personal style. Over the years I have gotten more comfortable in how I express myself visually, whether it is what I wear or the creative direction choices I make in my music videos for example.
What attracts you about the African culture, and especially about Angola, that you wanted to bring across in the documentary?
As stated very wisely by one of my Bangaologia interviewees, Africa lives inside me. Despite having left Africa at the age of eight, I’ve always been very proud to be Angolan and African. Being an Angolan World Citizen, I love to share my culture. That is also a very African thing – we love to invite people into our home, let them taste our cuisine, listen to our music, learn our dances and then we reciprocate by learning about them and enjoying their culture.
How did fashion and style evolve in Angola?
Due to our colonial history, earlier generations didn’t have the opportunity to express their style. If they didn’t adopt a Euro-centric style and follow certain European societal norms, they would be excluded. Nowadays, there’s a rediscovery of the identity that my grandparents generation, for instance, was not able to express. I think that we’re becoming more comfortable with experimenting options that our history and heritage provide us, instead of being biased by the taboos that history used to create in our fashion choices before.
What do you hope people will think after having seen the documentary?
Once I create something, I usually prefer to share and leave it to interpretation. That is the beautiful thing about the creative process: everyone reacts to end results in a different way. It is great that personal interpretations are so diverse, because that feedback also helps me grow and learn by seeing my own work from different perspectives. Ultimately, I hope that people enjoy viewing it and feel empowered to express their own inner Banga everyday. 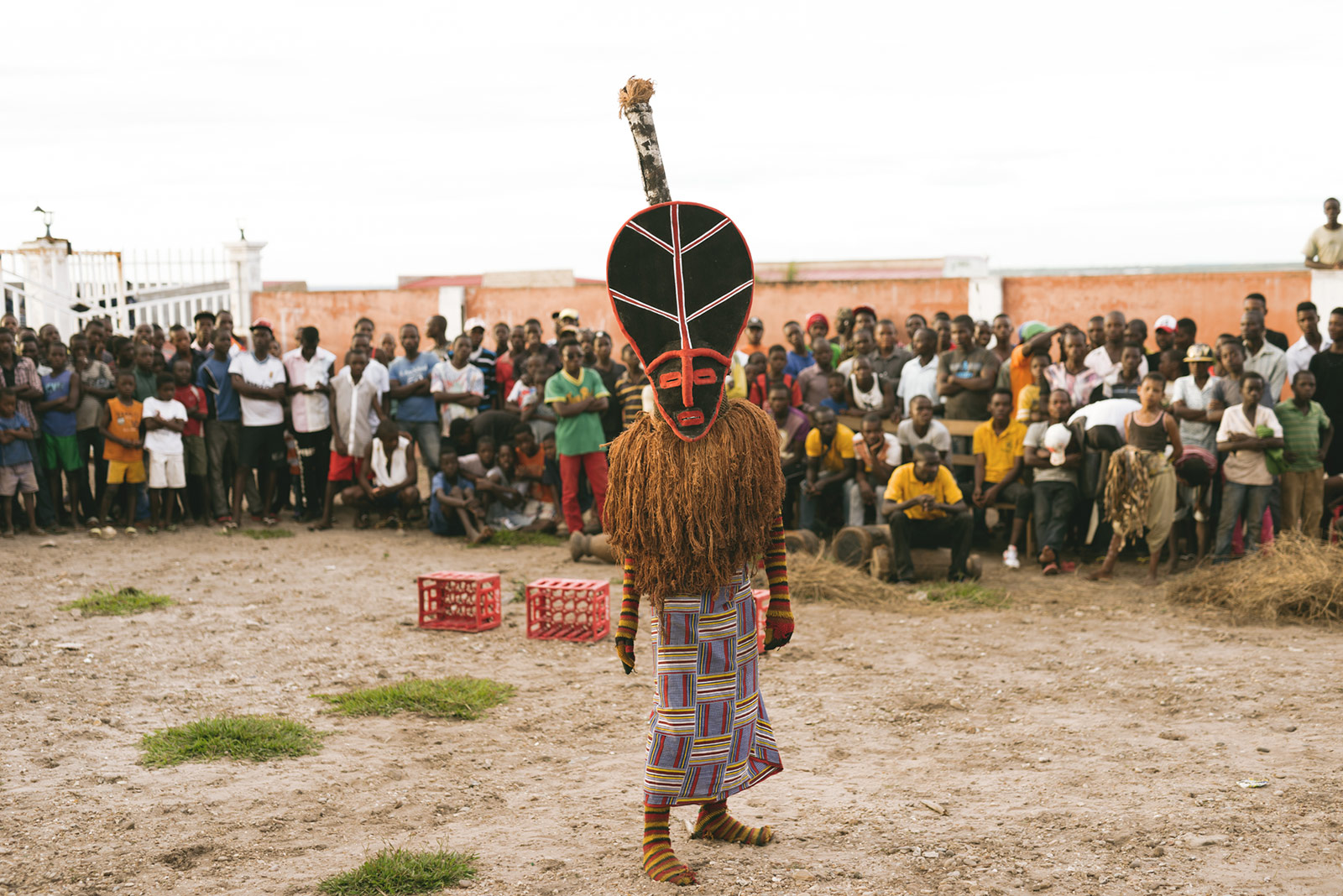 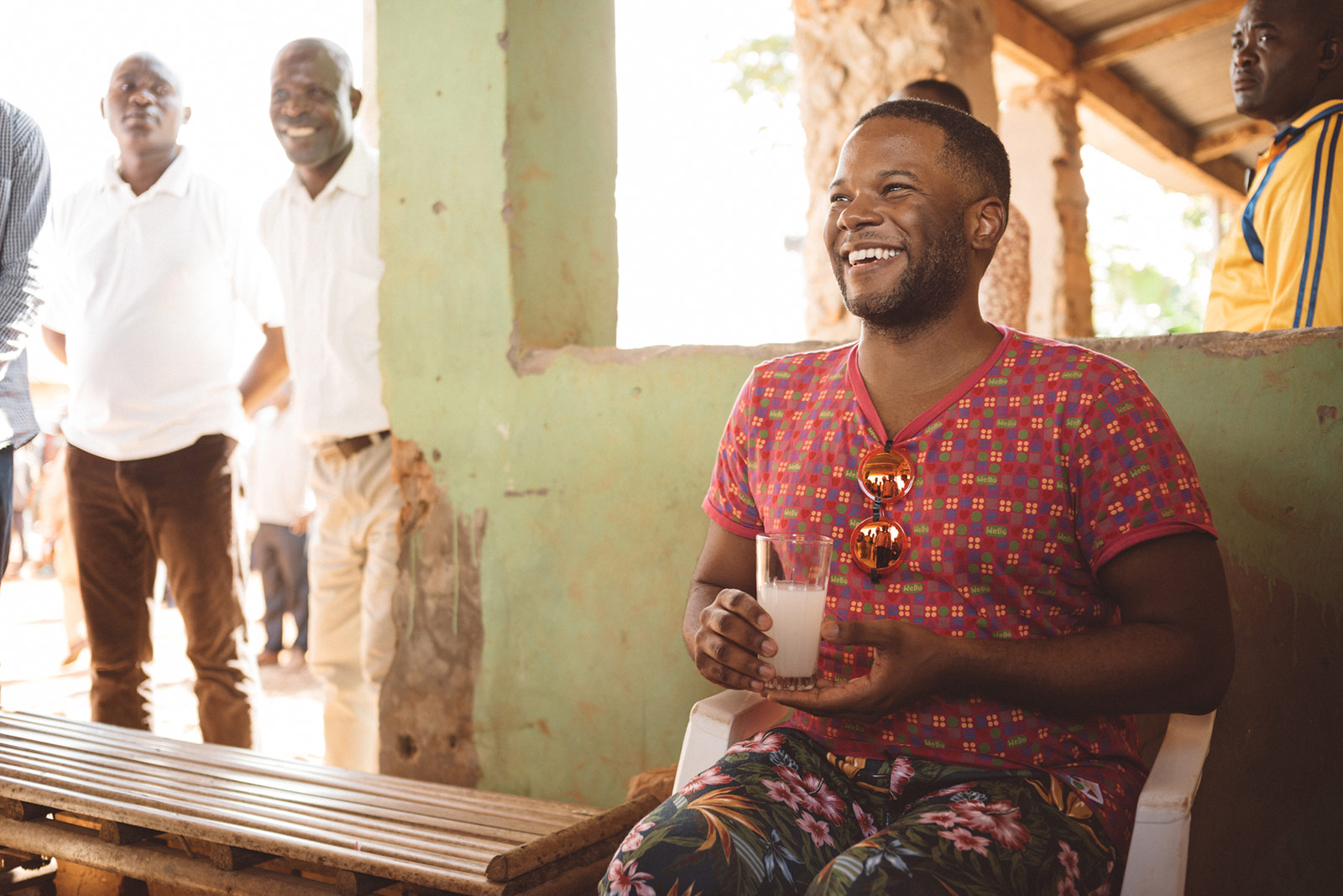