To play in case of emergency 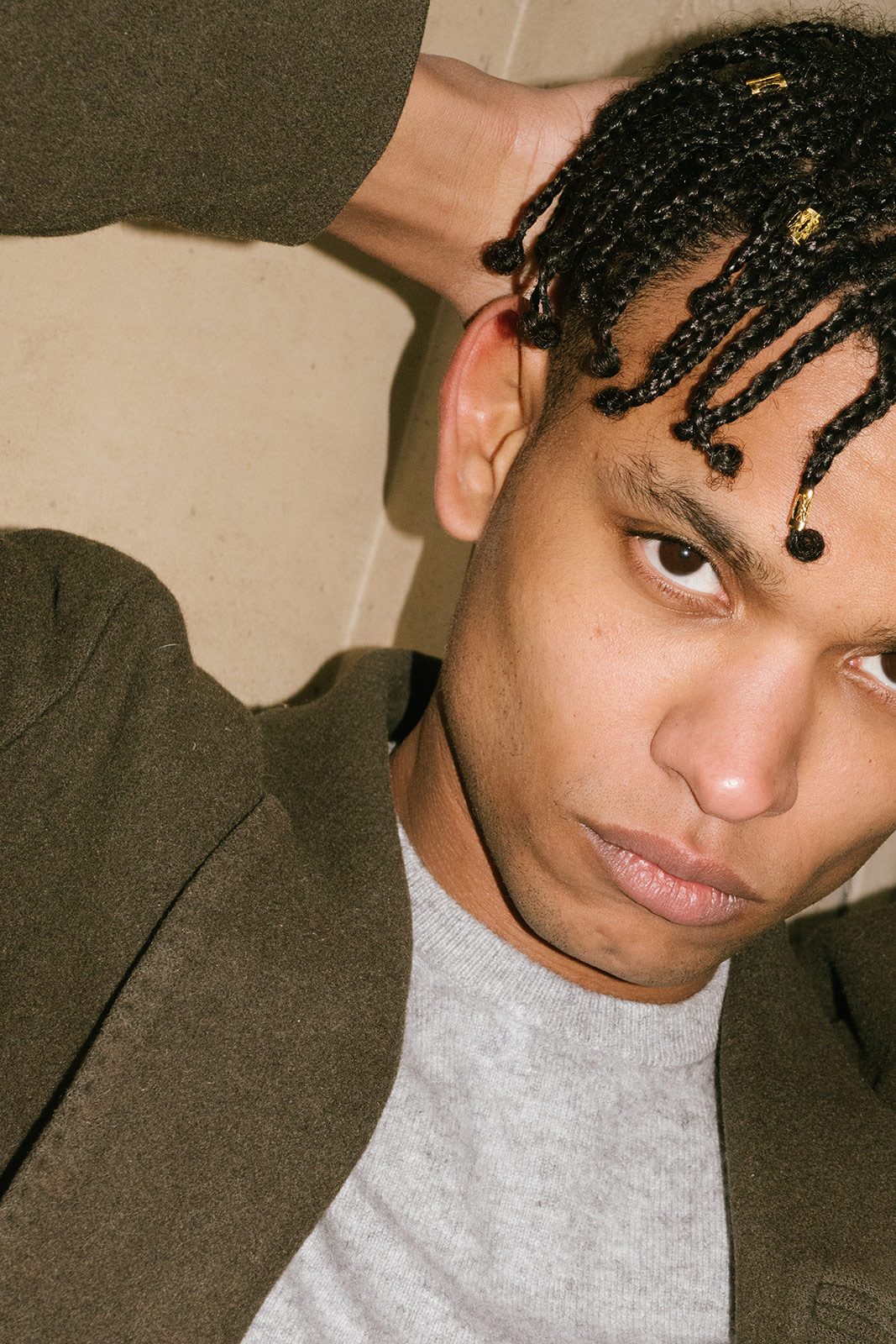 Jéremy Guindo-Zegiestowski’s career has only been on the up since his first seven-track release in 2010 with YounGunz Entertainment. He was then approached by electro legend Modelselektor’s 50 Weapons, a feat many techno DJs can only fantasise about. In a congested industry teaming with samey, repetitive tracks, Bambounou has originality at his very core, which makes it surprising that music-making has not always been his main ambition. He seeks inspiration everywhere – from sounds he hears on the streets to traditional tribal percussion, teaming the somewhat incongruous samples together to create harmony. I mean, come on, even his stage name has rhythm!
It seems that your rise in the music industry has been effortless. The massive label 50 Weapons approached you first after hearing one of your first tracks, Alpha. Everything after that seems like it just fell into place! Could you have anticipated that becoming a sought-after musician would ever be your future?
Absolutely not (laughs). At that time, I didn’t know what I wanted to do with my life (and I’m still not really sure what I want to do in the future), but life is sometimes made of beautiful surprises and signing on 50 Weapons was definitely one of them.
Where did the stage name Bambounou come from?
It was actually a nickname a girl gave me when I was like 15; it doesn’t really mean anything. When I started producing, I had to choose a name, so I kept it. It’s not too serious and you can find it easily on the Internet, which is convenient.
Do you cater your sets for your location? If so, how do you change your music to fit the city’s scene when playing festivals like DGTL?
Yes, within reason. For every gig, I imagine how the crowd will be and I think about how I can adapt my sound to make it work. Essentially, our job as DJs is to make people dance, but at the same time, I never want to compromise and play something that isn't me or doesn't represent what I'm about. Sometimes, a crowd or my surroundings will give me complete freedom to express myself without limitations, and sometimes, I have to work a bit harder and be more conscious to perform my basic function. It's a balance!

You speak French, Polish and English (any more that I don’t know about?). Do you feel that being multi-lingual has given you the edge when discerning different sounds and fitting them together, as each language has a different sound and vibe to it?
That’s a very interesting question and I never thought of it that way, to be honest, and I’m definitely going to think about it more. I do in fact speak Spanish as well (I used to go to an exchange school in Barcelona but, unfortunately, I forgot a lot of it through lack of practice).
You use tribal percussion sounds that are reminiscent of your Malian heritage. Was combining the two seemingly disparate elements of traditional, tribal, analogue music with modern/futuristic digitized techno a seamless collaboration for you?
Yes, totally! A lot of techno can be very tribal; the very basis is built around loops of rhythms and percussion, which is often hypnotizing. I can almost meditate to it much like tribal percussion. So I find it very natural that the two go together organically.
Have you ever played a track and had the audience all stop dancing because they’re not feeling it? What do you do in these situations? Do you have a go-to track that you know will bring the energy back?
It actually happened to me very recently. I was playing in Berlin and changed the tempo (quite drastically), which normally works for me, but this time, it certainly didn't (laughs) – I was very surprised. After a couple of tracks, I finally went back to more 'traditional' sound and people came back. But you have to take these risks to find out what works. I never want to play it safe all the time! And yes, I do have a folder called ‘to play in case of emergency’, like if there’s a power cut and you need a power track to hype up everyone.
As a half-Polish, half-Malian individual who has grown up in Paris, would you say that your mixed identity has been one element that has drawn you to DJ-ing and producing, as at the essence of these fields is also combinatory?
Well, at that time, when I started, I wasn’t intellectualizing everything that much; it was more about having fun and discovering a new way of expression. It has definitely had an impact on me and the person I am today, but I think it goes beyond music although it does not define me as an individual.
You’ve said that you use a really basic set up when you’re making music. Would you like to have your own studio with more sophisticated equipment? I feel like that it wouldn’t really go with the rawness of your sound as it is now!
Well, I do have a proper studio now, ha! But I don’t use all the equipment in it, I still like to work with a minimalist set up. I generally stick to the following: a Macbook pro, Apolo Uad twin, Logix pro X, Dsi Tempest, Op-1, Dp-4, Tornade Compressor and Neuman Eq. I still manage to achieve a raw, gritty but clean sound. It always comes naturally to me no matter what I'm using.
What was it like the first time you performed live?
I didn’t know what to do or what I was doing, but I remember that I enjoyed myself. I still have the same feeling of excitement every time I go on stage, but I know what to do (laughs).
In addition to musical references, do other art forms influence your sound? For example, literature or painting?
I read all the time. I always have a book with me and I read everything from novels to very boring historical books. I think reading definitely has an influence on how your brain absorbs what you see around you, and how you’re going to interpret and express it. I’ve always had an interest in art, but even more recently as my girlfriend is an enthusiast and has turned me on to a lot more – it’s nice to have an exchange on the stuff we see, how we both see colours differently or different points of view, how it makes us think about our own and personal stuff differently.
What is the best and the worst thing about touring?
The time you spend alone.
Apparently, you were studying law at university and dropped out. Why did you drop out, and what made you want to study law in the first place? It’s a far cry from mixing music!
I actually started with physics but dropped out because of the amount of math (I still love math but I didn’t feel like going to the library every day to do it). I then wanted to do something totally different, so I tried law. It wasn't that it didn't interest me, but it was around the same time as the beginning of my music career. At that time, I would work on music all night sleeping one or two hours, then go to uni (and sleep more there). It wasn’t very healthy and simply wasn't working, so I chose to pursue my true love, which was and is music.
You’ve said before that if you hear a door slamming and you like the sound, you’ll incorporate it into your music. Are there any alternative sounds that you’ve used that have interesting origins?
Hmmm, I sampled a baby voice pitched right down to make scary pads. I look for sounds to harness any and everywhere.
What are your favourite music artists to listen to? Do you have any guilty pleasures that would surprise people?
I don’t think I have a favourite artist right now, to be honest. Sometimes, I listen to too much music to discern what I like or not (it takes some time), but I really enjoy Hungarian singing these days. 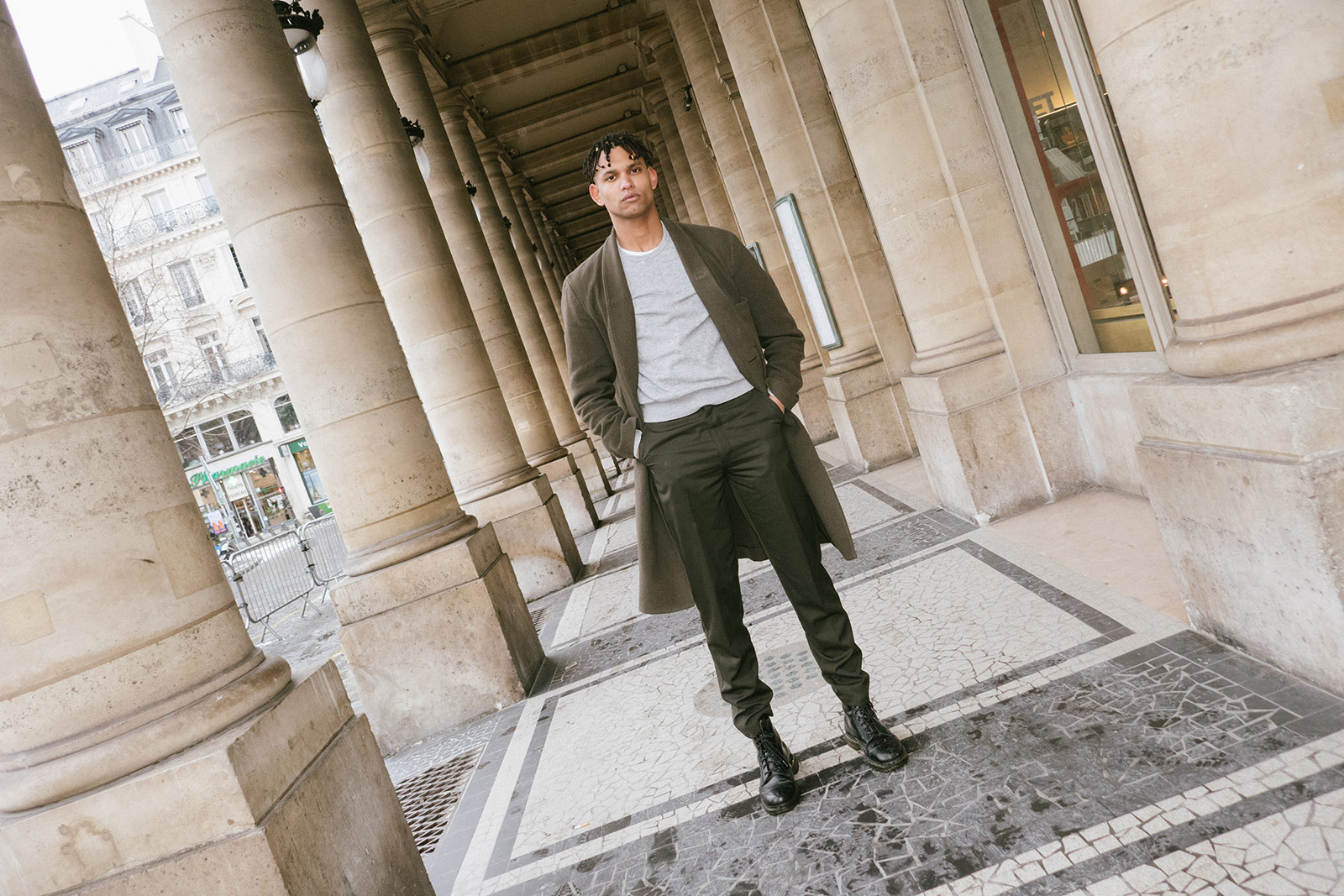