The magic of spaces 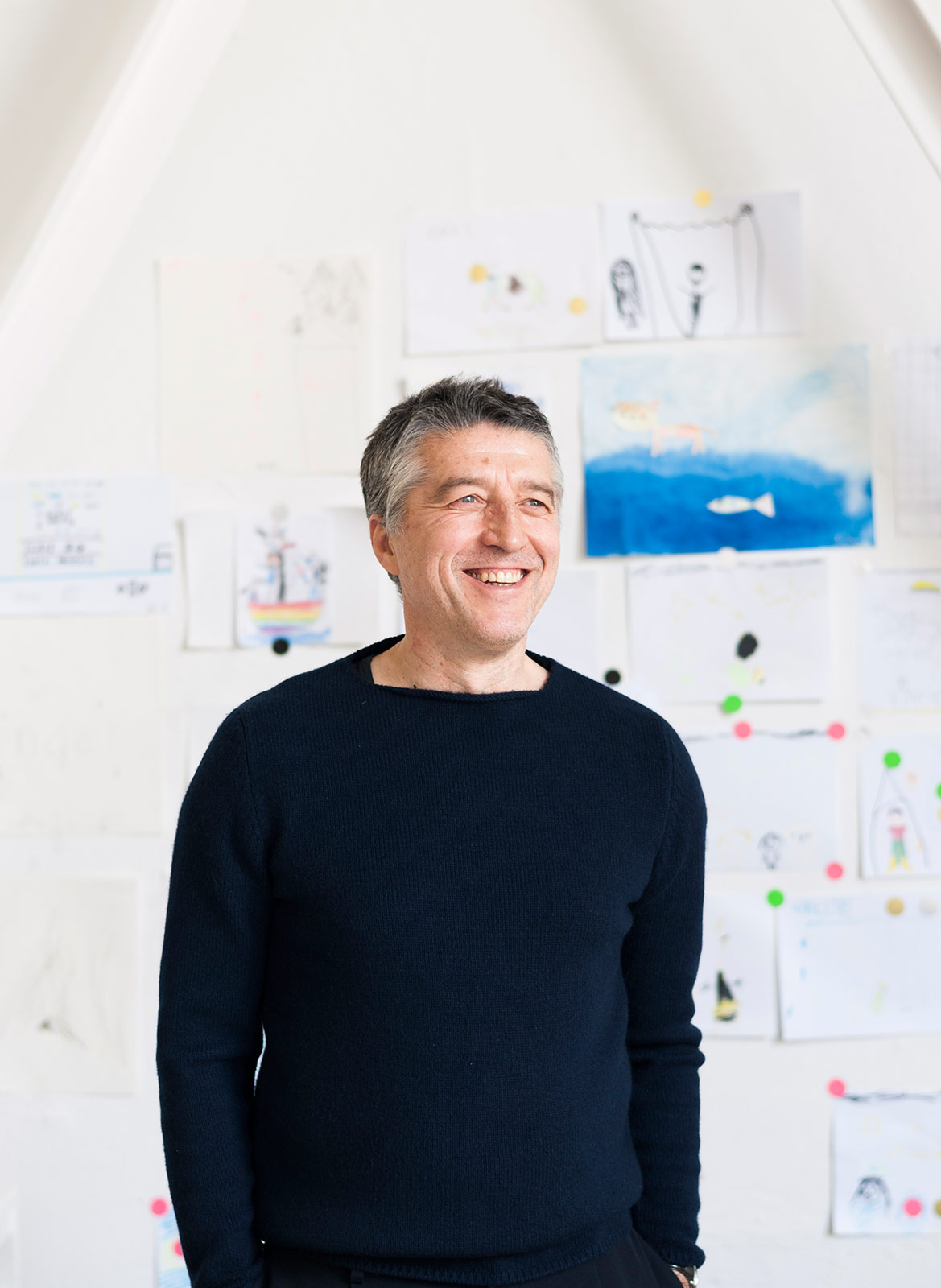 Andreas Murkudis is the son of Greek immigrants who went to Berlin looking for a better life when the city was still split in two. After growing up in a rather difficult time, Murkudis decided to live true to his philosophy and aesthetics and is now the owner of two concept stores in Mitte: one dedicated to fashion and accessories, and the other one focused on interior design. Today, we talk with him about giving spaces a unique feeling, his desire to be a good host, and what's next for him.
Describe Andreas Murkudis in three words.
Normally, people ask for the brand’s DNA. I would rather emphasise that what my stores represent isn’t about words (from a branding perspective) but rather about a combination between my team and every item we sell; they all conform this DNIA. As a result, you could say it is a virtuosic triangle: Firmitas, Venustas and Utilitas  – which roughly means strength/solidity, beauty/delight, and function/utility.
You have two spaces in Berlin. Why did you feel the need to differentiate the two? What are the main similarities and differences between them?
In the main store, where we have fashion and accessories, the products on display influence clients’ behaviour. On the other hand, interior design calls for a different atmosphere. The furniture store is more about engaging in a conversation to find out what are the customers’ desires and likes, and to do so, you need a tranquil space, so it just shows part of the product range. 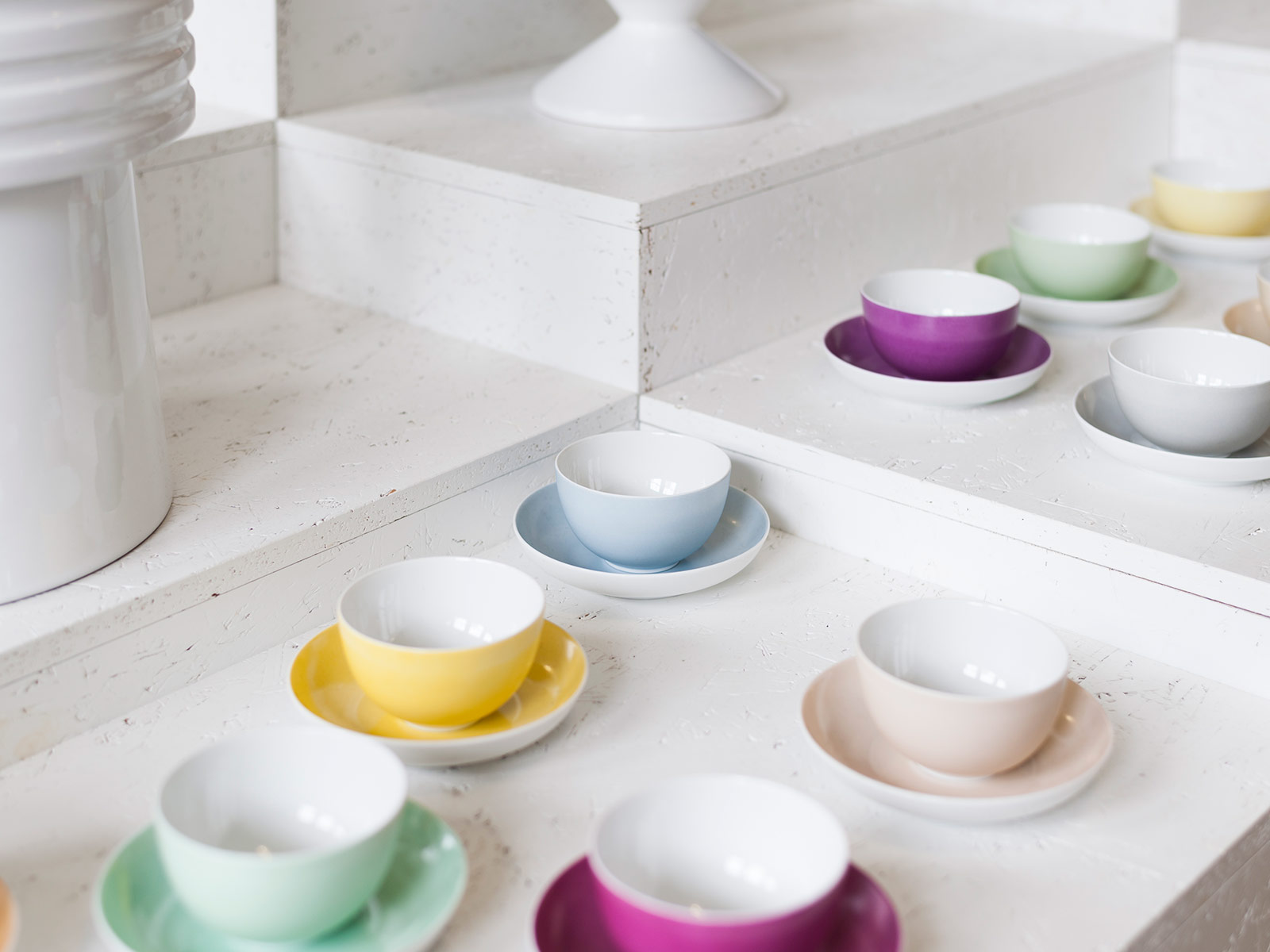 In addition to the stores, what are the other – even deeper – connections between Andreas Murkudis as a person and Berlin as a city?
I grew up here in Berlin with my family. Back then the city was eventually different – a bit rougher and more contradicting because of the political situation of having the city divided in two. My parents were political refugees and left Greece to go to the DDR (Deutsche Demokratische Republik) – at some point they wanted to go back to their homeland but we got stuck in the middle of Berlin.
My brother Kostas and I grew up on Wedding, which is now an emerging part of the city, but back then it was a more difficult area. We played football on the outside, we went to school, and I remember I worked at a supermarket before my classes because I wanted to buy a Versace leather jacket (I think it was yellow) that I saw in American Gigolo. The city was pulsing in a different way back then and the West was quite wild – I used to go to parties in Mitte with my brother that are now legendary.
So in addition to studying here, I also made my first steps professionally. I had my first job in Werkbunderarchiv, which later became Museum der Dinge, and I ran it for quite some years as CEO. After leaving the museum world, I opened my stores in Mitte, where both my family and I live. As you can see, my connection with Berlin is very dear and deep. The city’s dynamics are constantly changing and nothing stays the same, and this makes it interesting and exhausting at the same time.
You’ve recently launched a new website, but also during the holidays, you teamed up with some brands and friends to transform the space. What are the most important changes both online and offline?
I think that a store always must have the ability to change and evolve. It is important to observe the customers’ behaviour to come to conclusions; it’s about creating a good, welcoming surrounding during their stay/visit. Therefore, offline will always be more important than online. We will change the store during the summer, but it’s been a year since we acquired a third venue that we use as an additional exhibition space to present our trusted brands and to share their story.
What do you think is the future of retail? How do you differentiate the experience of shopping on your stores versus shopping online?
We’re working very hard on our three locations in Potsdamer Straße to engage our costumers. We can’t translate this into the webpage, so we are working on an online experience where we offer rare objects or special collaborations – as we did on the occasion of our website launch. 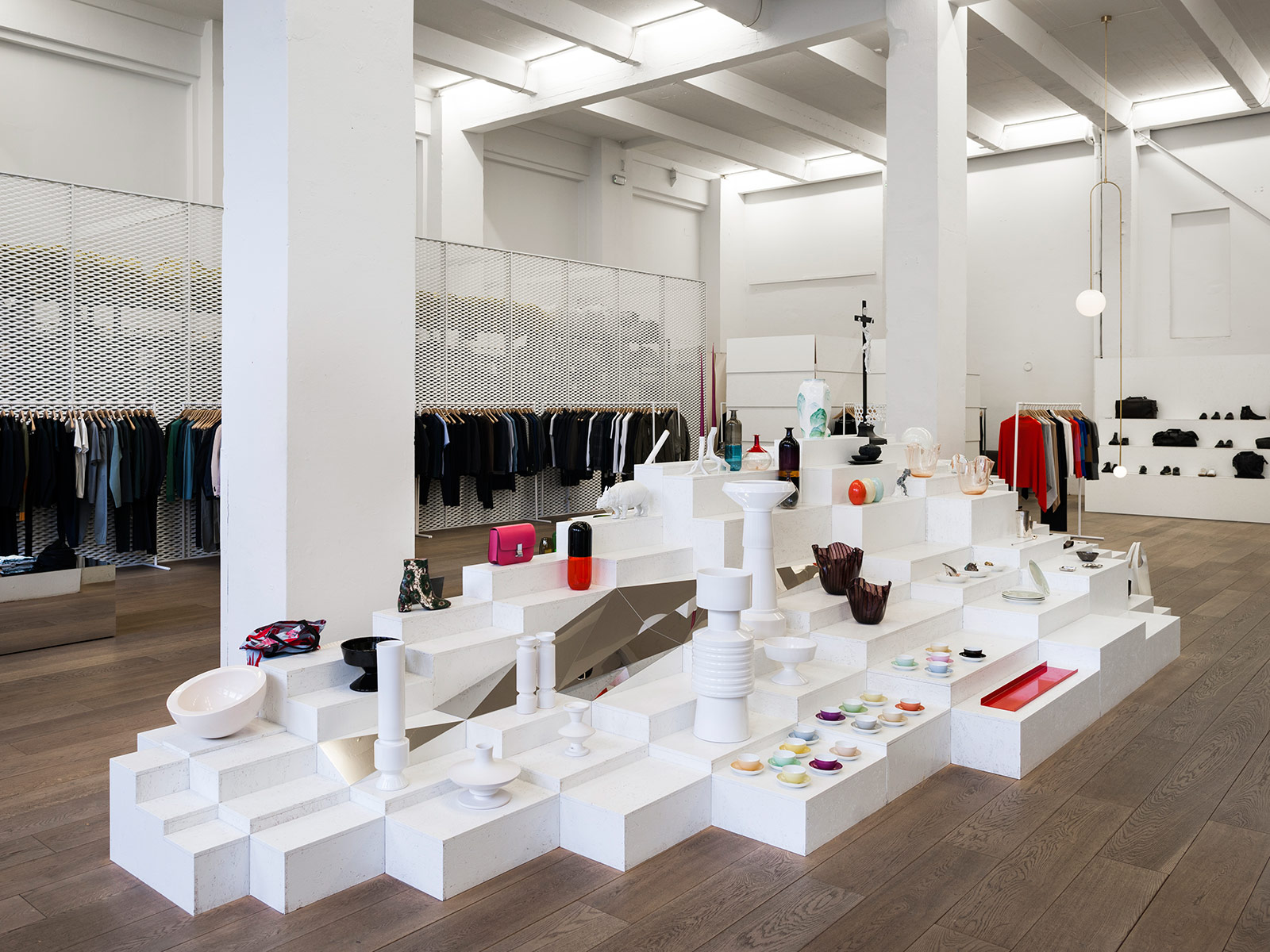 If it weren’t the concept stores, what would you create, or what would you be doing?
There are two different options: the first one, I’d open a gallery; and the second one, a sort of art hotel with a restaurant a little store inside. I’d furnish it with products from my stores. Basically, I would fill the building with objects I like and appreciate. Both options come from my passion for people; I love to be a good host. It really fills me with joy and makes me happy when I can provide a good feeling to someone or just create a situation and space where this person could unfold and feel as good as I do.
I don’t create for myself only, whatever I do is driven by my dynamic, which requests interaction – because creating a space just for me would be absolutely boring. Things become great only when you can share them and find different points of view or perspectives on it.
Let’s focus on the collaborations with Oyuna and Aliita. The first one celebrated its fifteenth anniversary at the space located in Potsdamer Strasse 98, and the second one created a special installation for the store at Potsdamer Strasse 81. Could you please tell us more about them? (How did you come to collaborate with them, what has it meant for both them and you, what’s the feedback/valuation now that they’re coming to an end, etc.)
We have been working together with Oyuna for many years and we were very pleased to celebrate the anniversary with them. Allita is a project of the daughter-in-law of Consuelo and her son. We came in touch with them through Consuelo Castiglioni, the founder of Marni – and we were very happy to add it to our portfolio. We like to share an in-depth experience of brands that we have had in the store for a long time with our customers.
Andreas Murkudis concept stores respond to your aesthetic, your vision, your philosophy. Could they exist without you? In Paris, Colette has just closed because it couldn’t continue without its founder.
Well, it hasn’t come over the night. I’ve been living true to my concept for many, many years now, and I’ve been able to translate it into an experience that I can share with other people through my store. I guess the experience would change if someone else were sitting in my place. 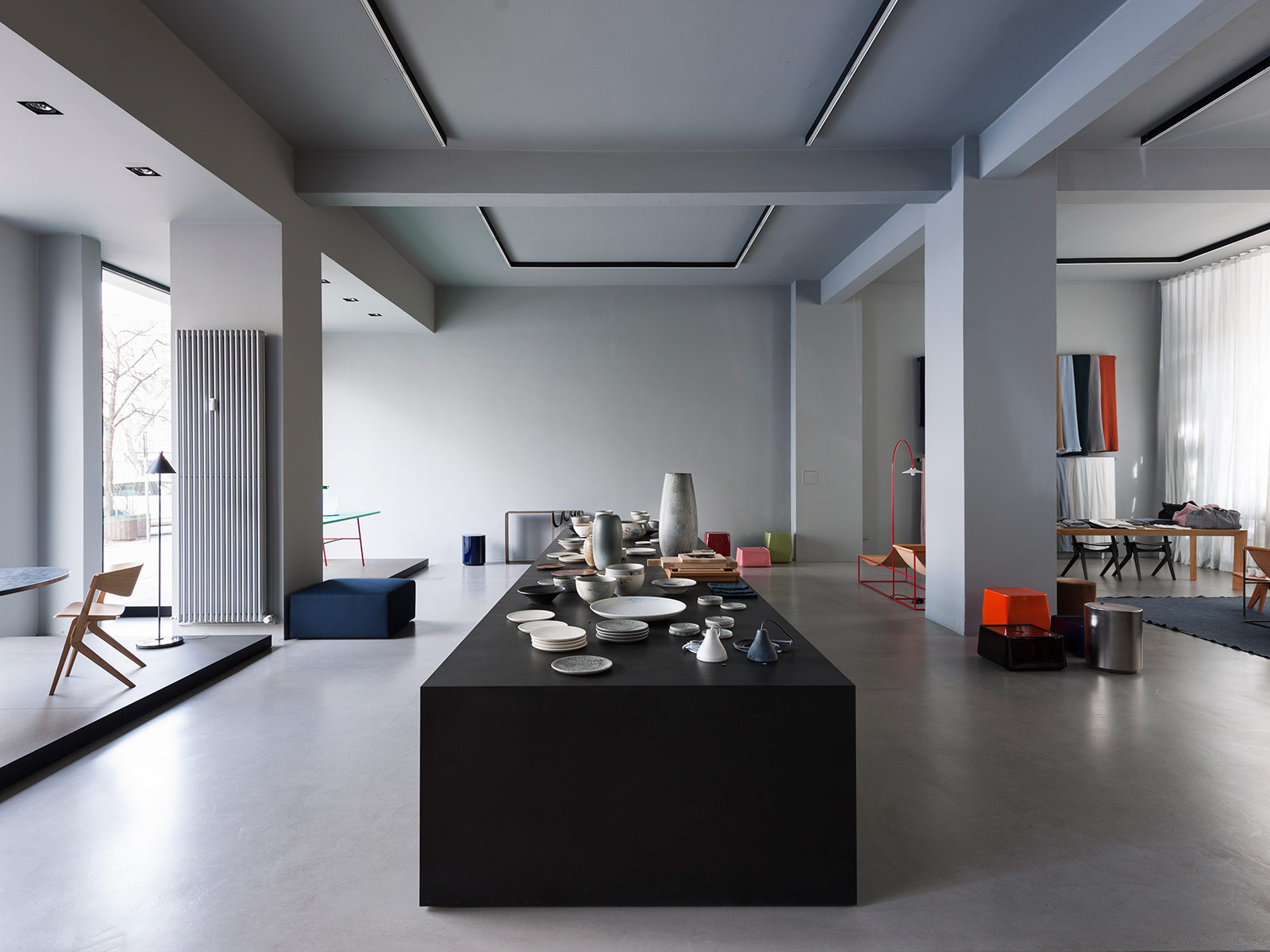 Do you think your store’s model would/could work in many other cities as well? Why/Why not? Actually, do you plan on expanding Andreas Murkudis around the world?
I think that the store’s model would work in other places too, but it depends a lot on the feeling, the spirit of the surroundings, and the building. It’s essential to analyse what a place is about, to see what works best according to it, and also to stay in regular touch with it.
What can we expect from Andreas Murkudis in 2018? Are you introducing new brands, planning events, etc.?
In 2018 we are introducing Ader Error, a fashion collective from South Korea, as well as ten other designers from Seoul. Furthermore, we are planning to open another interior design store.
How do you see Andreas Murkudis, both as a person and a store, in ten years?
Hopefully, I will be still in the store. And together with my amazing team will be able to refine its concept. 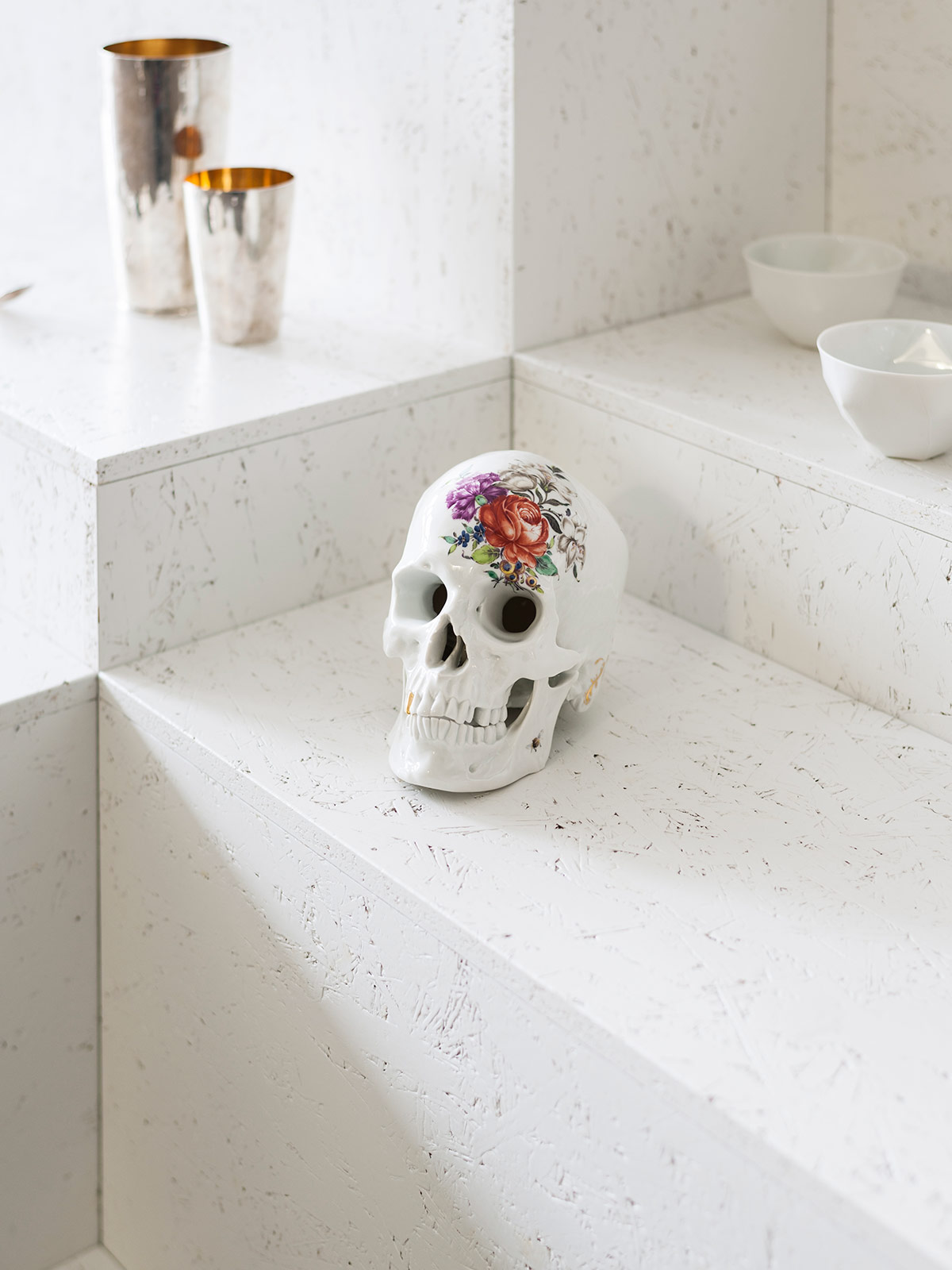 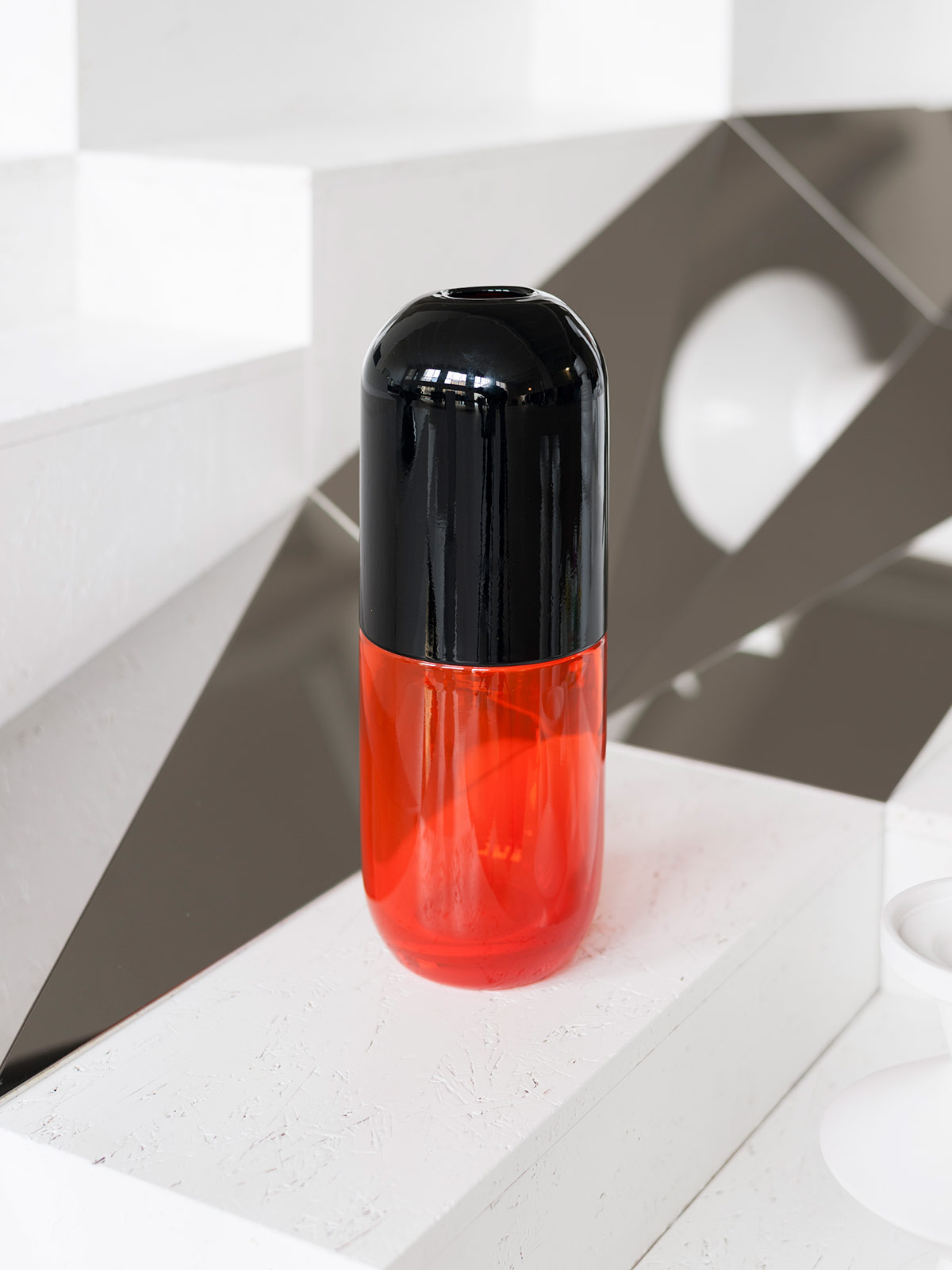 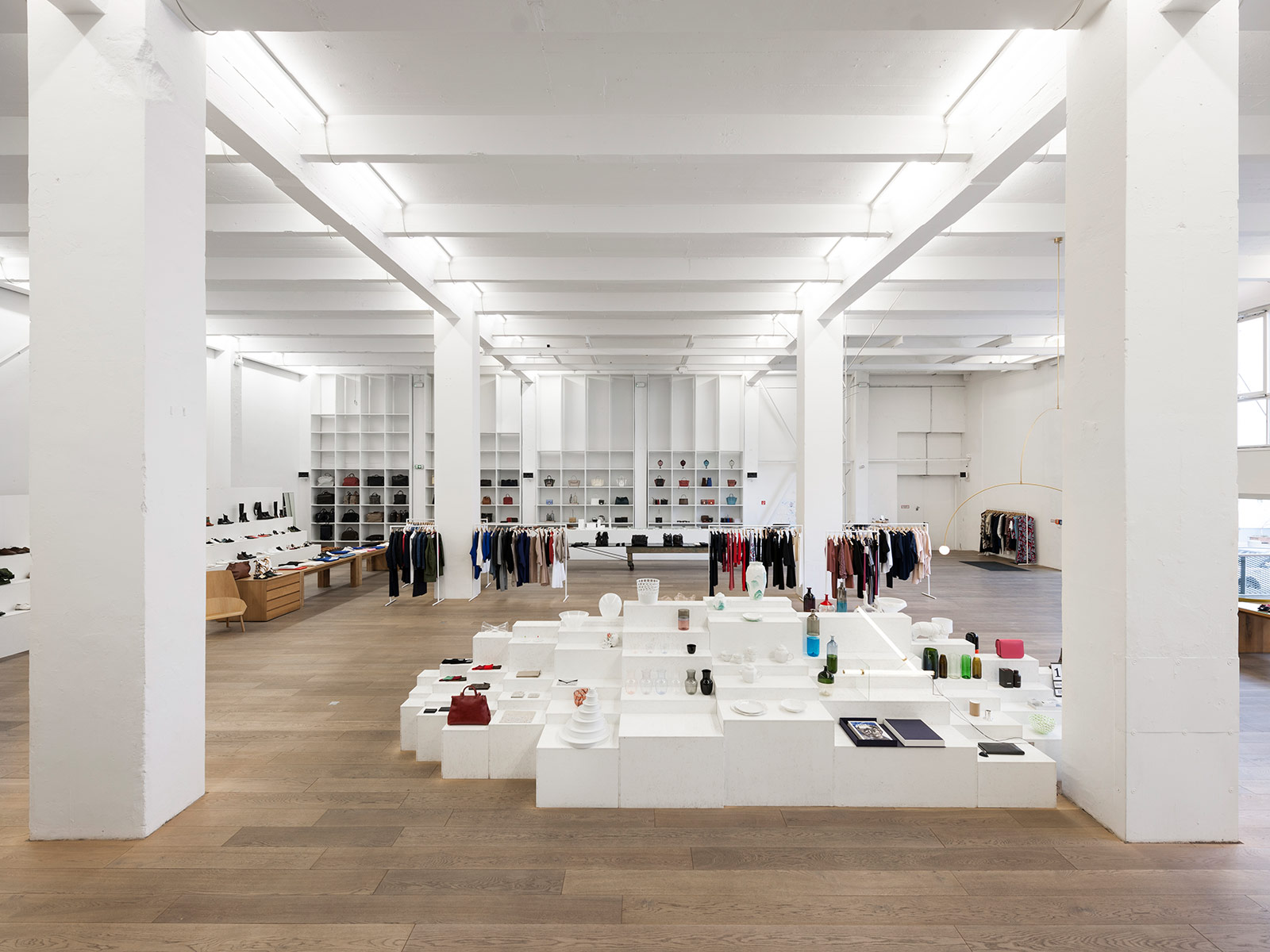 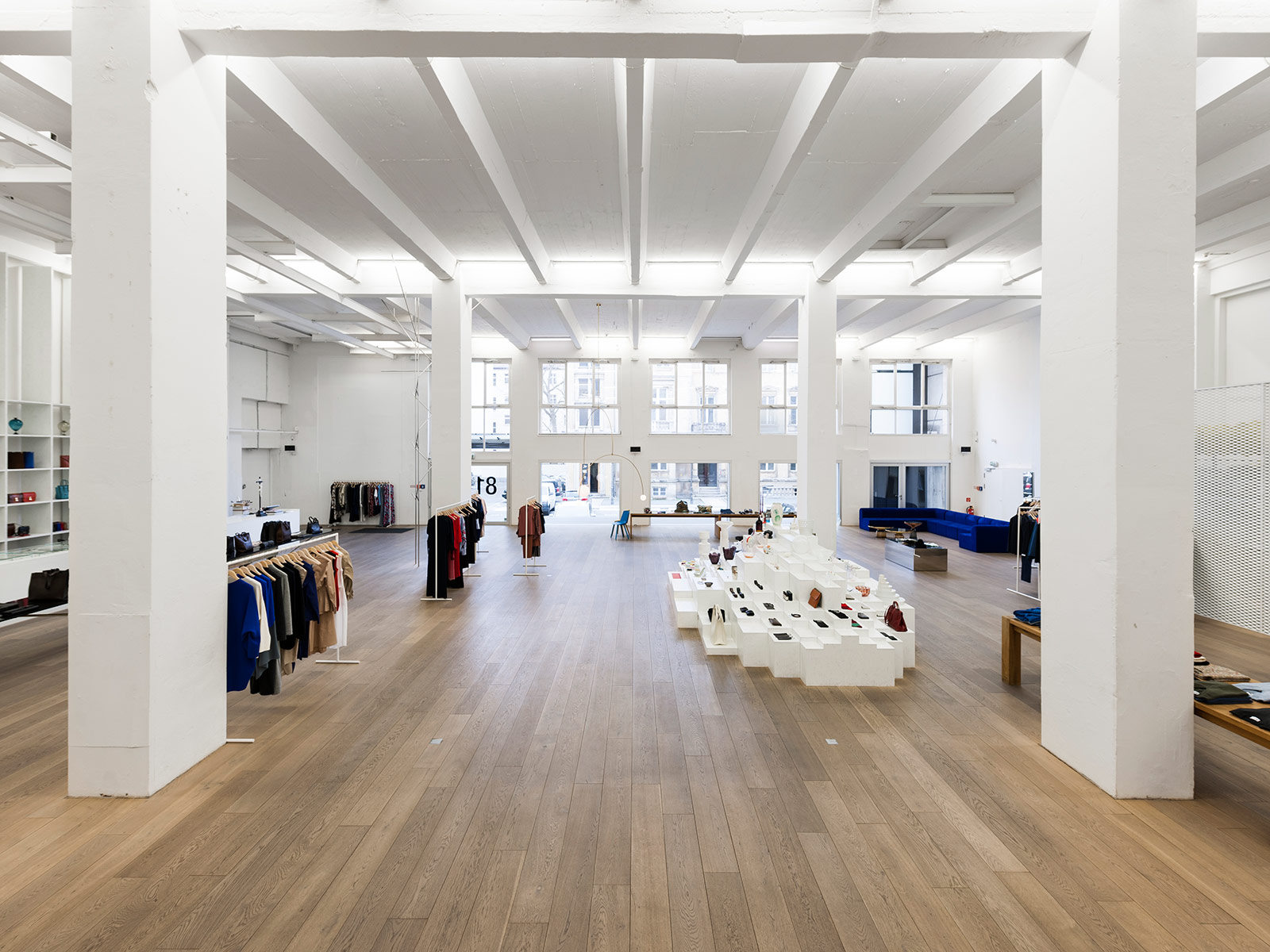 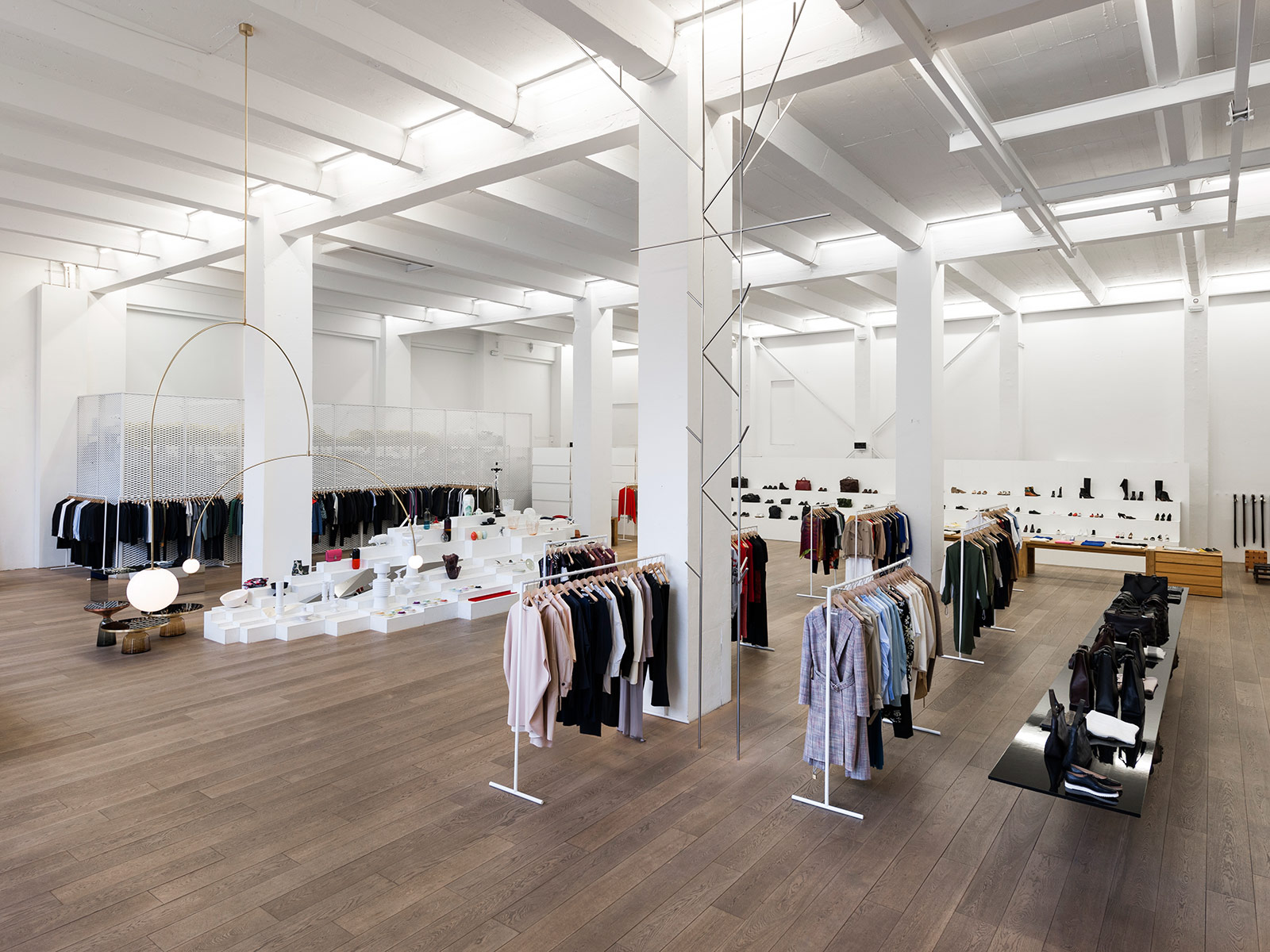 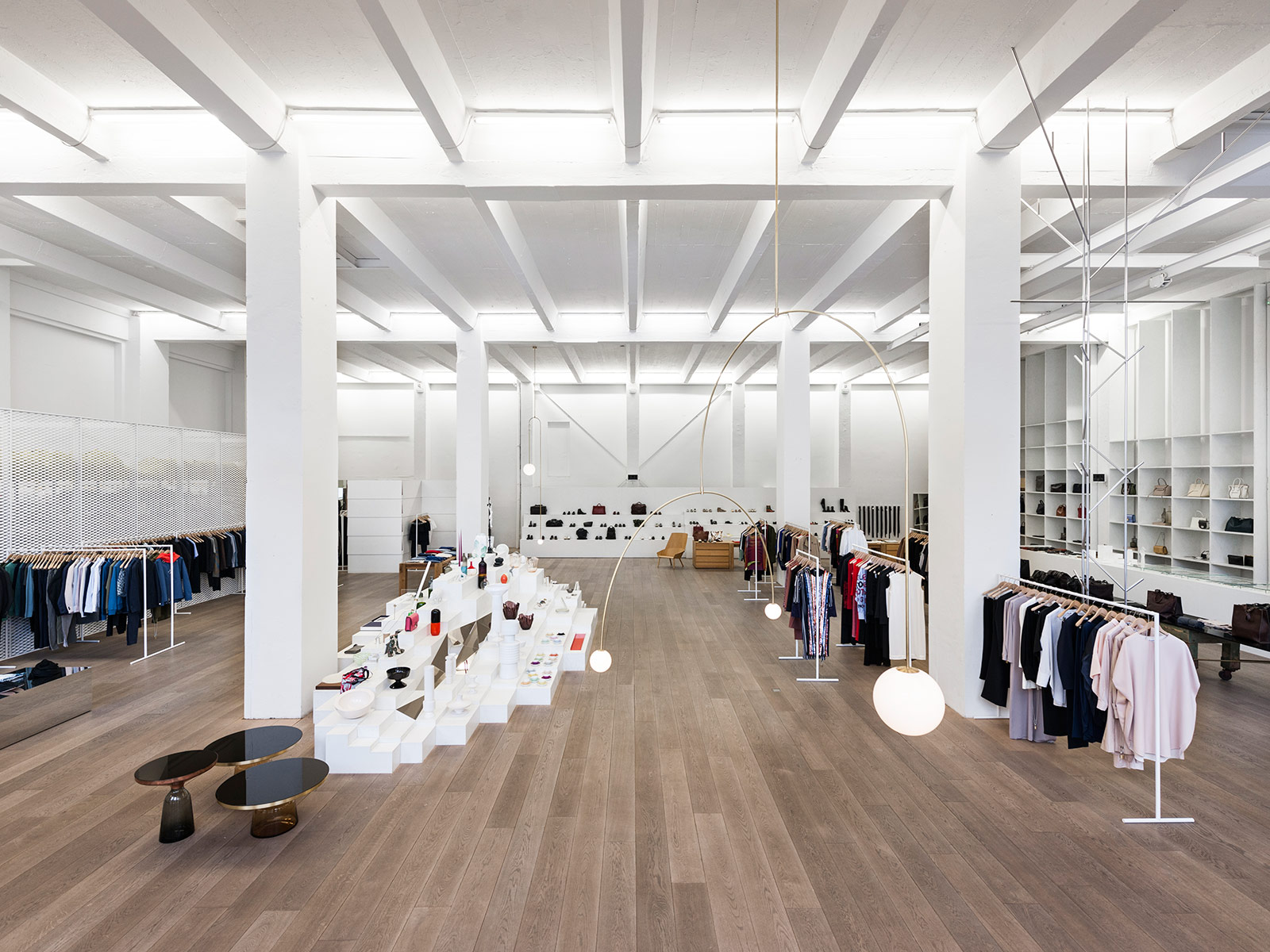 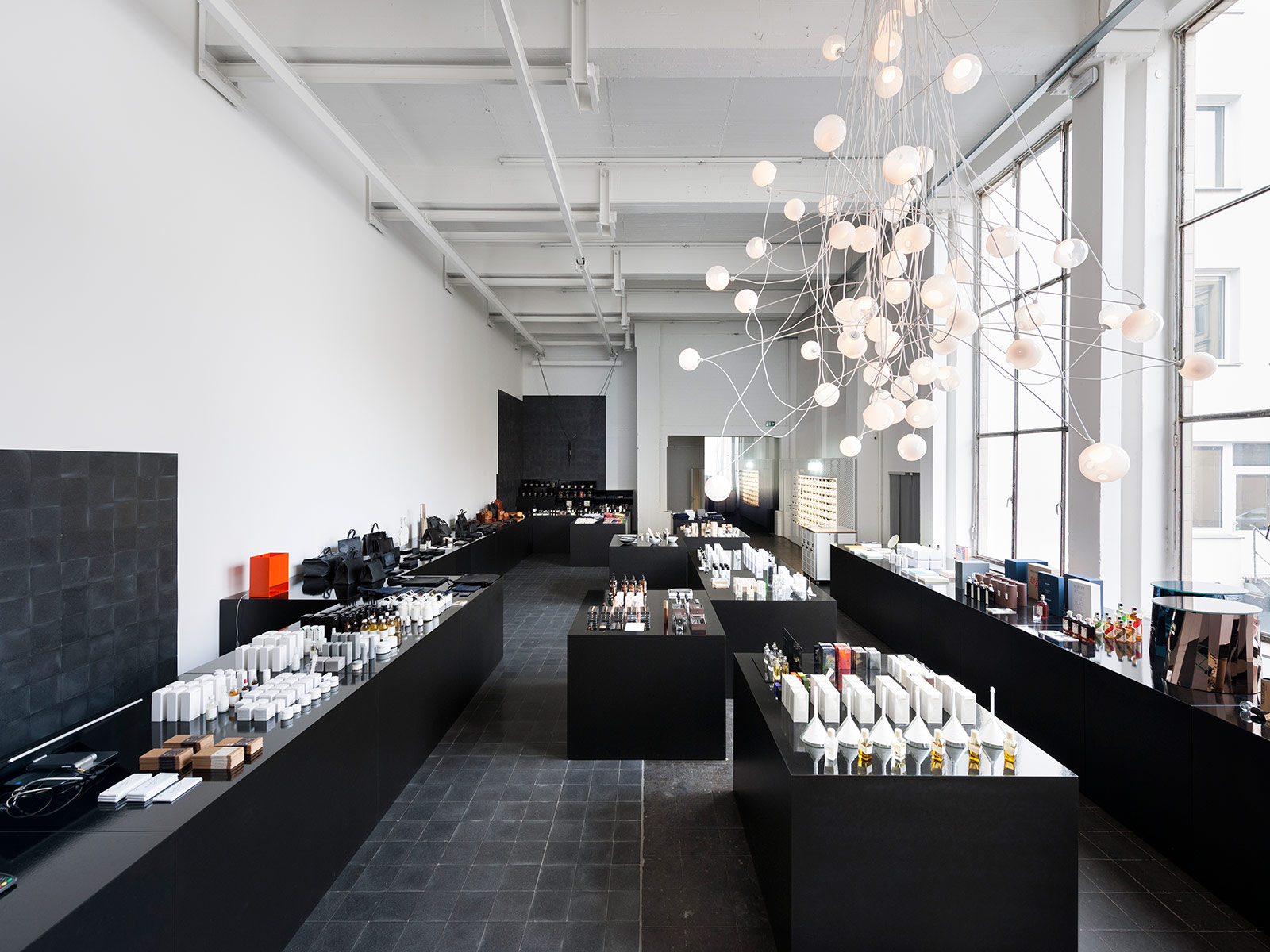