Work with what you have 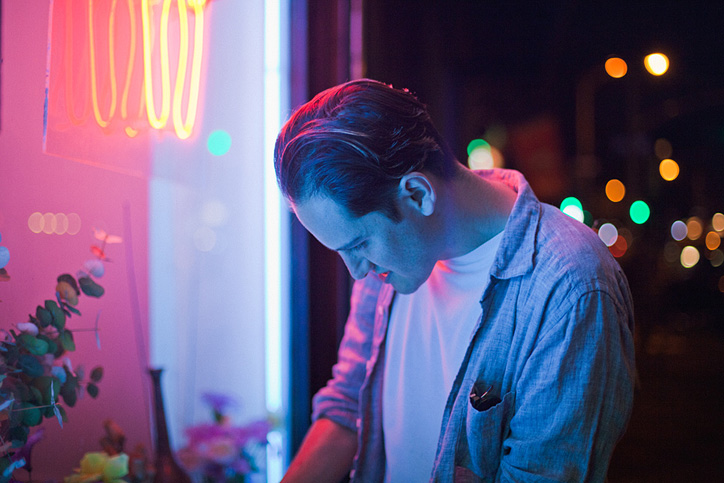 “My photography is sort of all over the place because I just find moments instead of trying to create something with a specific goal in mind”, Alan Del Rio says after we introduce ourselves and begin to scout for a location for all of us to settle down in. We’re looking for a space where Carla, Alan, and myself can both sit and chat while Carla takes photographs of Alan.

Although my impatience in getting to know Alan quickly gets me pre-interviewing him and Carla has likewise already started taking photographs, we finally find some shade in Tompkins Square Park and lay down on the grass, enjoying the summer’s remaining warmth as the sun prepares to set for the day. It’s nice and it quickly feels familiar, despite knowing of Alan’s success as a filmmaker in New York and the well-known talent he surrounds himself with regularly. Alan's easy to talk too, laid back and friendly, above all he always keeps it real. Shortly into our conversation he already admits, he doesn’t own much equipment and still borrows and rents when he needs to shoot something for work. He also confesses that sometimes there isn’t actually always an adequate budget for the work he’s given, but that’s okay. Alan states one has to work with what one's got, and Alan always makes it work.

So, tell us about how you first started getting into photography and shooting videos.

I don’t know. It’s something I’ve been doing since I was a little kid. My first memory of it is of the little camcorder my cousins had in Mexico and we’d make all of these clay animation videos. We had nothing else to do. When I got older, I bought my own little camcorder and would make music videos with my friends of songs we heard on the radio, but it wasn’t until college that I really got into it. During college I met a guy who worked as a director and I basically became an assistant for him and his company at the time. So, I started assisting, editing, creating graphics and shooting. That’s what really pushed me into the professional world. I started doing photography on my own, just for fun, as a hobby. It taught me more about filming in terms of technical stuff like different lenses and things like that.

So you’re self-taught then?

I took some classes in school, but it wasn’t until I was already in school that they even offered these classes. So, it was a brand new program. They didn’t have everything totally there yet. The classes were very technical, teaching you how to use certain cameras and the technology at the time. It wasn’t so much about the industry. So yes, I did take a few classes.

Where did you go to school?

I went to DePaul University in Chicago. I’m originally from Dallas, Texas. I was never even sure that I wanted to go to college. I just wanted to move and see what else was out there. After I finished college, I worked for that director and I really liked the job. I was there for about three years before I moved and went out on my own. There just wasn’t enough work for me in Chicago. I needed to move on.

That’s a bold move. How did you start working in New York?

I basically emailed everyone that I’ve ever met and said, I’m in New York now – is there anybody that I can get lunch with and introduce myself too? I ended up meeting a handful of producers and started getting a few freelance gigs. I’ve been in New York for about four years now and I worked for my self for about a year before that. So, I’ve been working on my own for about five years now.

More recently, you’ve been working with some really great, emerging musicians like Blood Orange and Solange. How did that initially come about?

They all came about through different ways. Dev, Blood Orange, I met socially in Brooklyn. I had just moved to New York. We definitely weren’t friends, but we had a few mutual friends and I would see him out. I saw an early Blood Orange show and I wanted to start directing. I hadn’t done anything on my own yet. I just went up to him after a show and told him, “I would like to do a video for you. I do videos. We should try to work together!” He very politely was like, “oh, sure!” Even though he was kind of blowing me off a bit. He was really cool; he’s always been a really nice guy. Randomly, three months later I got a phone call out of nowhere from him saying he needed a video now, like next week and asked me if I could help him. So, we talked on the phone. I think I was in Dallas at the time and we ended up working so well together that we became really close friends. He was also working with Solange and I ended up meeting her though him. Other artists also saw my work. A lot of it is just word of mouth. It’s crazy how much of it is reputation. Now, a lot of managers and labels reach out to me.

When you do these music videos, you’ve done quite a few, do you work with the artist to come up with the concept? Or do they come to you with an idea and then you shoot it?

It all depends on the artist. I like it when the artist cares enough that they come with an idea and have sense of what they’re trying to say visually. I like working with people like that, but there is a balance necessary. They have to be able to let go a little bit to give you the opportunity to get into it. Some people just totally let you do whatever you want and that can be a lot of fun too. It really depends on how their schedules are and how busy they are. Some people just don’t have the time. They ask you to a do a video and they’d like to be a part of it, but just don’t have the time. Sometimes they can’t even be in it. Usually I’m also bidding against other directors. I don’t normally just get asked to do something. They ask a handful of other directors to pitch them an idea and they chose the one they like best. There are a couple of days where I just write and knock my head against the wall and hope that they go with my idea.

I noticed for “Forget It”, the video you did with Dev from Blood Orange, you used a VHS camcorder. Why did you guys decide to use that to film the work and how do you like using a tool that is considered kind of outdated?

It’s interesting. I used a lot of VHS growing up. For that video, the Forget It video, I don’t specifically remember whose idea it was to shoot VHS, but Dev and I are usually on the same page with that kind of thing. Sometimes when you don’t have the resources to make something look extremely polished, people try to use really high-end cameras and lights in sort of a wrong way. It ends up looking really cheap. It doesn’t look as good as how it should so I think a good way to circumvent that is to get creative and try to find a different way of doing the same thing. Certainly, it’s not super original to use VHS, but it has such an interesting quality. It’s fun to play around with. I think part of the process is – how can we do this and how can we have fun doing it? His music has sort of a retro feel to it so I think using that technology fits. We used a super 8 to shoot “Sunset Boulevard”, which can also be argued as an outdated technology, but it looks interesting and it works. It fits the style that we were looking for.

Your videos are so different from each other and your work is so versatile. You can never expect something similar from the last video you did. It’s always a great surprise. Is there any instrument of photography that you prefer to use over another?

I like trying to do high production value even when you don’t have the necessary tools for high production. I also like learning about new tools. I’m a big believer in working with what you have. If you hand me a camera, we can make something cool with it. However, there is danger there, it doesn't always look good. But it’s fun to try to work with different things. Overall, I think shooting on film is beautiful. I like film, but sometimes shooting digital is satisfying too. It really depends on the project.

I’ve seen a lot of your professional work, but what do you enjoy doing when it’s just for you?

Photography is something I enjoy doing for myself. I usually don’t have a client or an artist pushing me for a deadline or asking me to make people look a certain way. I feel that’s a good time where I can take my time with it and see what I can do. I’m not really reaching towards anything, I’m just trying to explore. I think the outcome is always interesting.

You’re young and your career is still growing. What would you like to get into that you haven’t done yet?

Photography and videography are both very competitive fields and now more people are using their cell phones to take photographs and technology is becoming more accessible and more popular. What kind of advice would you give to someone who wants to pursue a career path similar to yours?

That’s a really hard question. I think a lot of the old rules still apply – shoot, shoot, shoot and learn. Just go for it. You’re going to make a lot of mistakes along the way and that’s how you learn to do better work. At some point along the way you find a way to differentiate yourself from the pack. If everyone’s shooting with an iPhone, than shoot with something nicer, something different. I’m not trying to say use a better camera or film, just try to find something that other people might not see. To that note, sometimes shooting with a more expensive camera and using a good lens can look amazing. 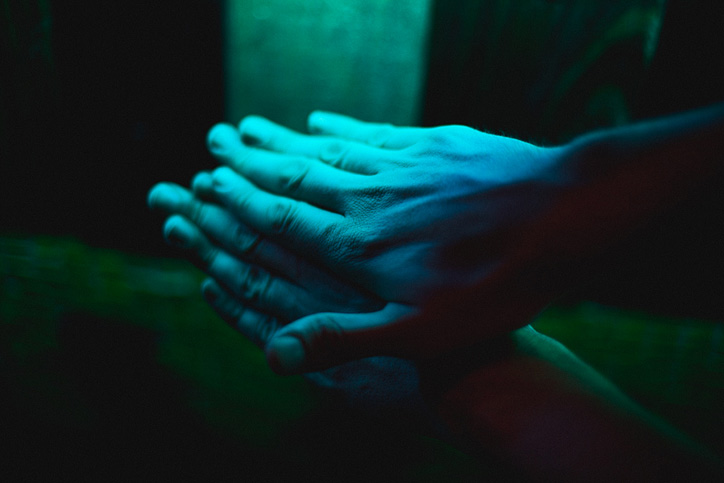 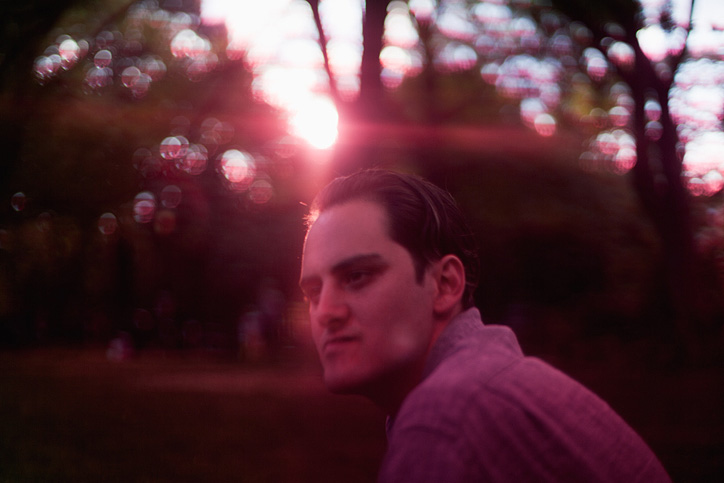 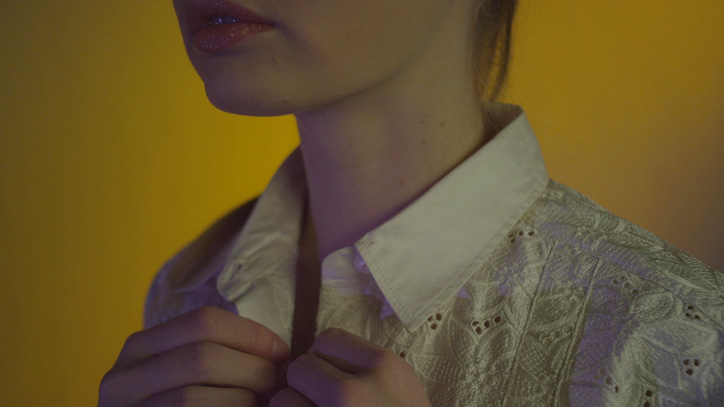 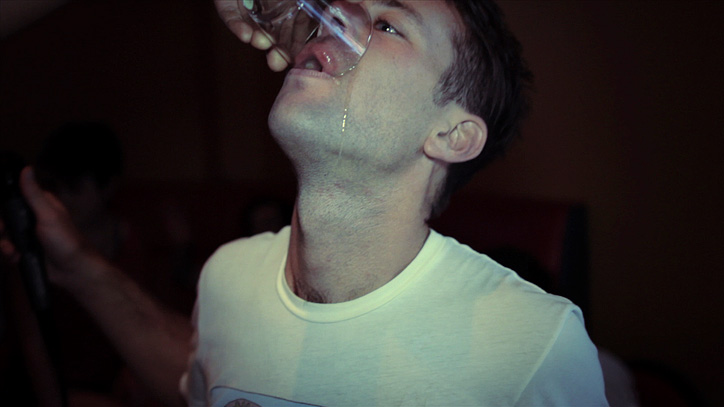 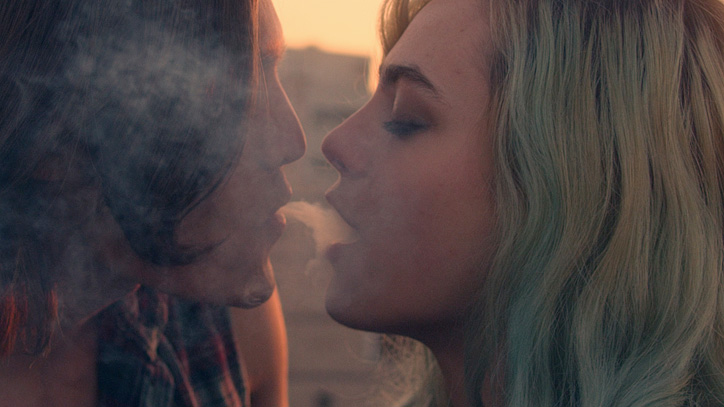 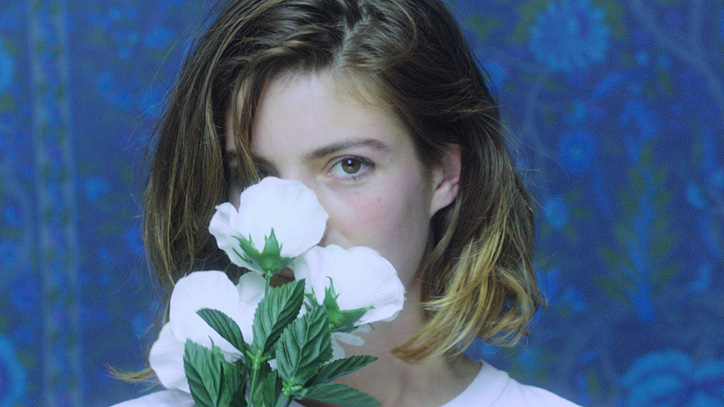 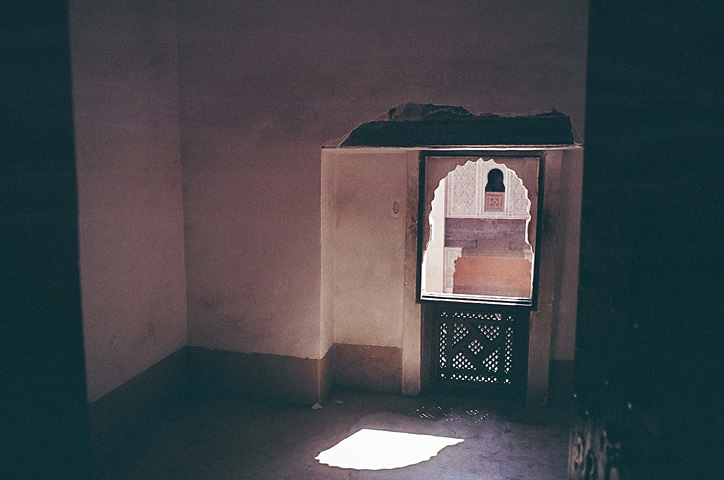 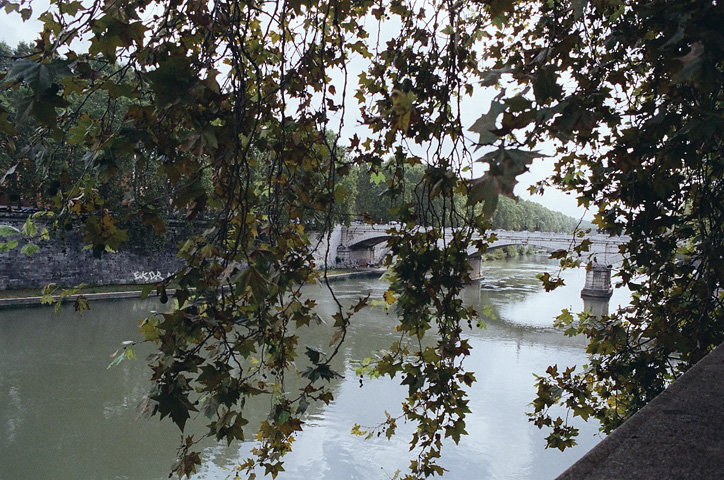 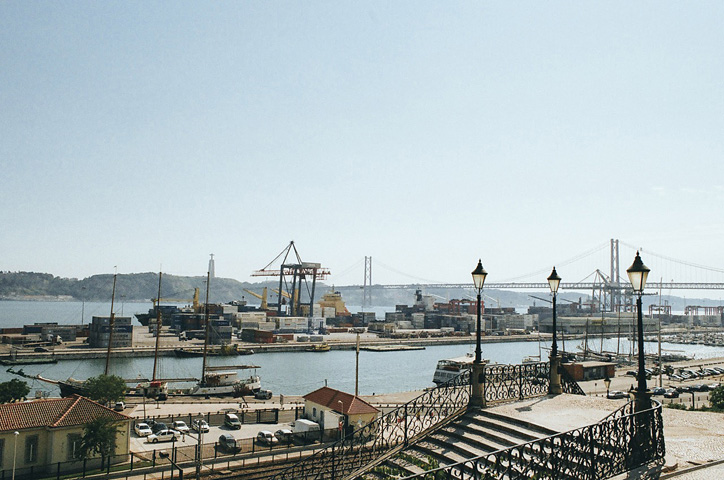 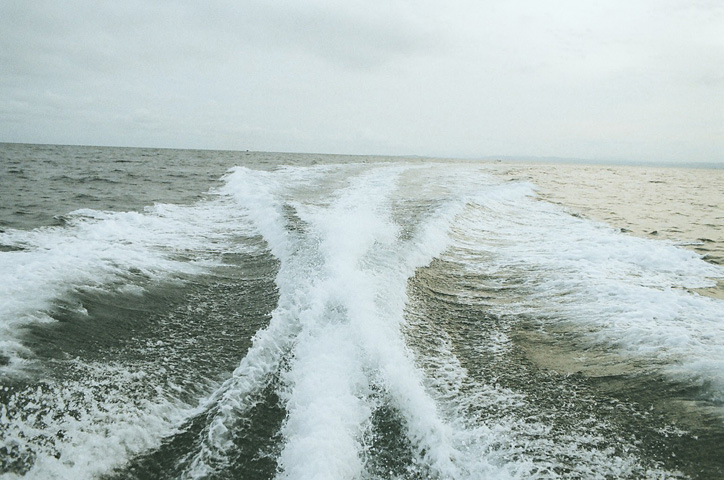 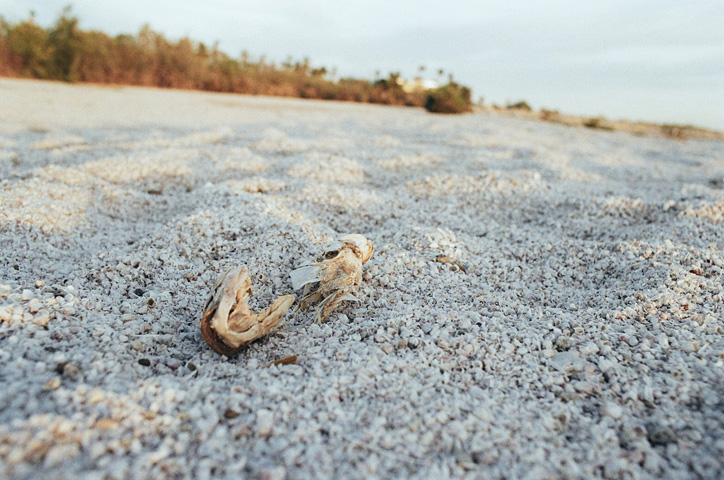 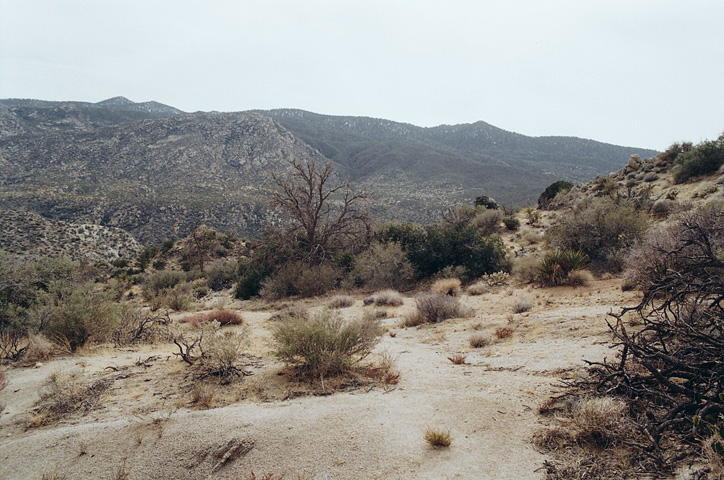 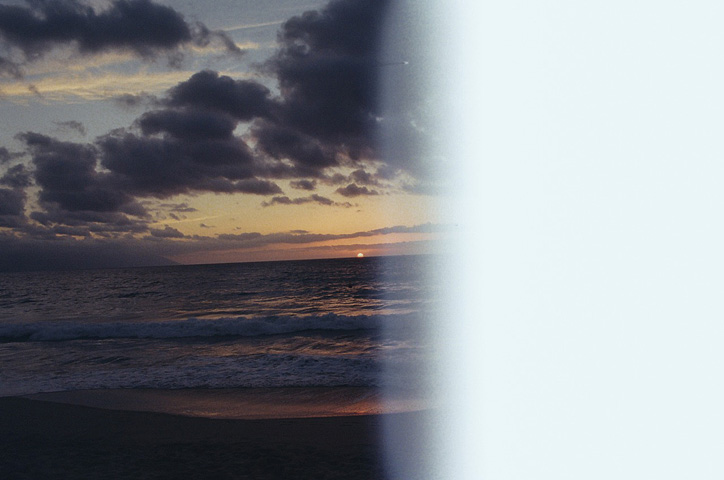 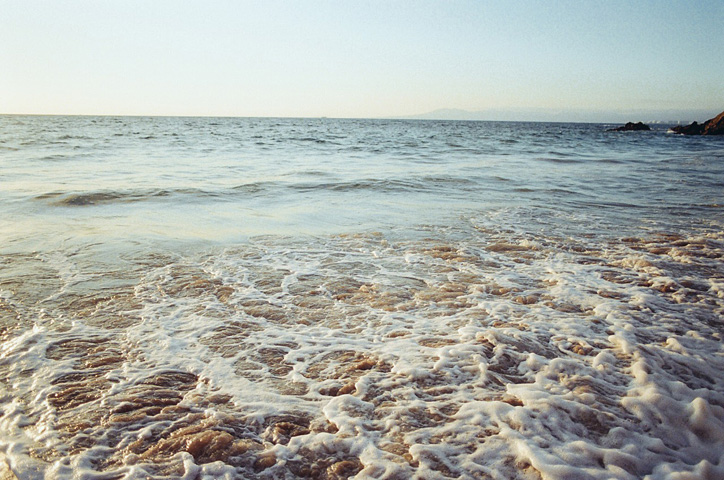 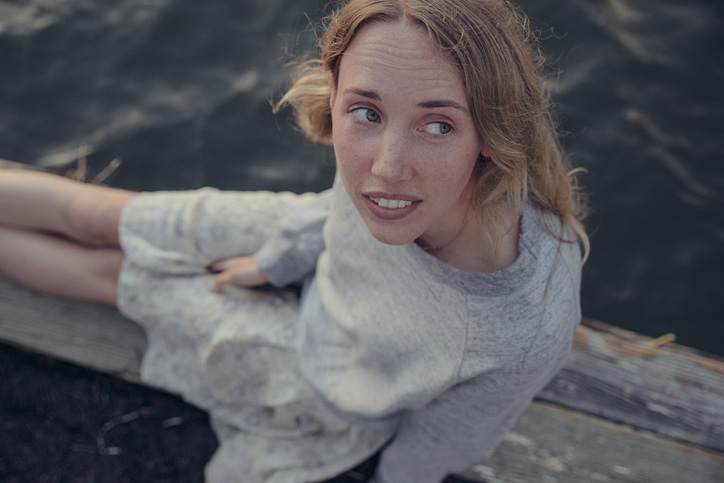 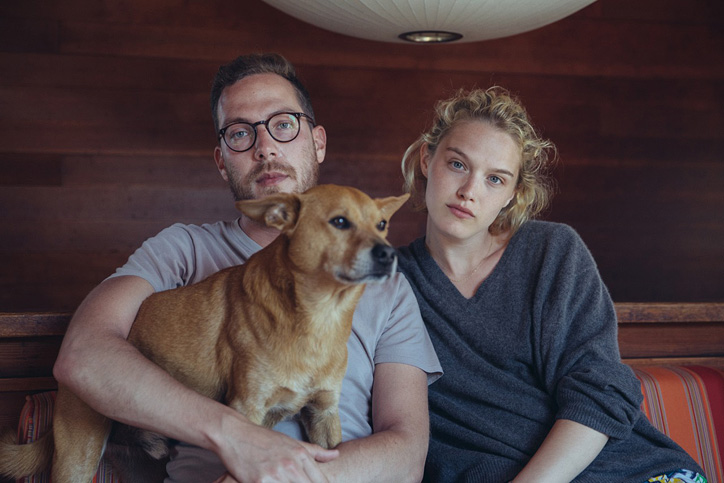 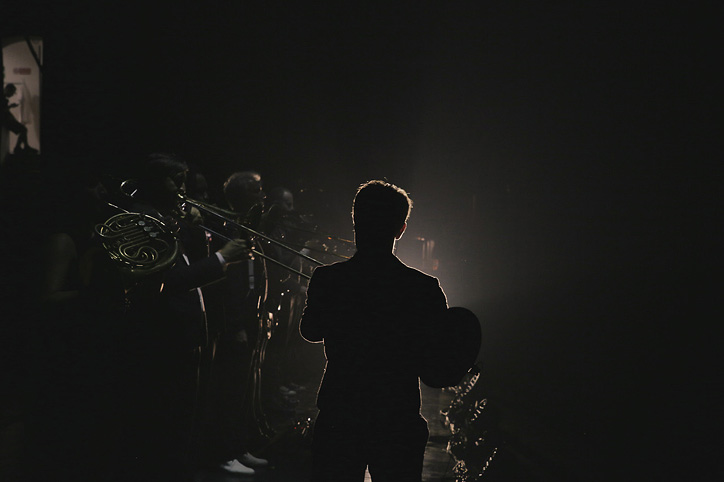