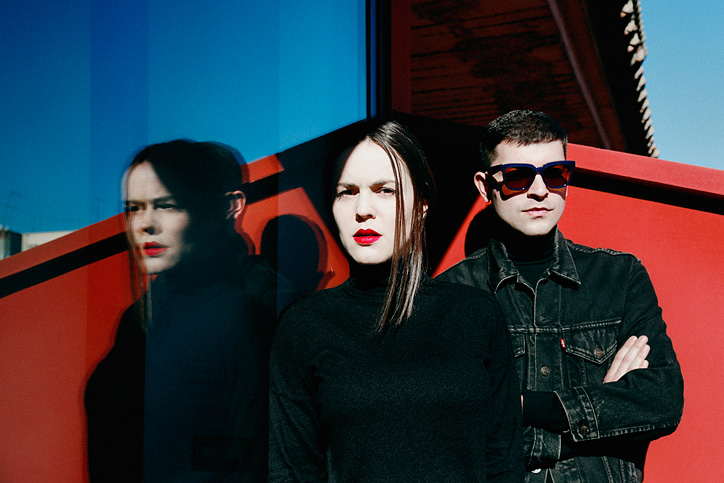 In spite of the great amount of experimental designers and independent brands trying to fuse the 2K and internet aesthetic in pret-a-porter garments, the creative duo behind Abrahamsson formed by Paty Abrahamsson and Alfredo Santamaria, have established themselves relevant in the international fashion industry with their close attention to innovative fabrics and social media strategies.

Although Paty started Abrahamsson approximately four years ago, today it is a brand that counts with two creating heads. How did your professional bond start?

Paty: We met each other through a friend in common and we clicked straight away. I guess it was all about him: the way he projects himself, the way he dresses, his attitude. I was intrigued about him and we immediately engaged in conversation. Plus, he knew the brand, even though he had an idea about me which was quite opposed to reality!(laughs)
Alfredo: Indeed, I had a completely different idea in my head. Nothing to do.
Paty: He saw me like some kind of character.
Alfredo: Well, more like one of those spoiled bloggers-djs-fashion designers. But then we met and had to admit she’s the total opposite.
Paty: We instantly became friends. I loved all the different details he wore on a day-to -day basis and all those pieces he would customize or design. I simply really liked everything he was doing which led to the idea of him coming to work with me under one unified project.

It sounds like your creative process as a duo must be pretty fluid!

Alfredo: Yes and no. I mean, there are always things in which you disagree in the beginning. Still, even if we might start on very different (or even opposite) ends, we always end up reaching that kind of balance which satisfies us both. The process will probably take time but it's definitely worth it.
Paty: Anytime I mention an idea I have, his initial reaction is to dismiss it.
Alfredo: Ha! I always say no.
Paty: Yes, but then we reflect on it, we turn it around and end up with new more interesting ideas, different versions, and both of us completely agreeing on them. We then develop them so each one works on a different area. At the end of the day, for me, having two minds involved makes it a lot more enriching.
Alfredo: Having a fresh eye that brings input to your work helps you move faster and in the right direction.

What's the process like when creating a new collection?

Paty: We always start looking at references and inspiration separately, we then get together and begin our fabric hunt, not caring much about seasonal limitations.
Alfredo. Once we hold the fabrics we draw the form.
Paty: Everything becomes much more functional. Collections are based more on the fabrics and garments themselves, rather than on an specific concept.
Alfredo: Working this way we feel a greater freedom in our decision making. For us, working off a concept brings up some sort of limitations.
Paty: We don't target our collections towards sales and don't make many efforts to develop easily sellable collections; our goal is to have enough space to design under a more artistic scope with fewer restrictions.

Reviewing your previous collections, we can see that the graphic language plays an essential role in the brand. What has been the main inspiration for this last collection?

Paty: A Jennifer Lopez video. She was wearing a short padded vest, we then thought wow! A padded theme would be cool. So we started brainstorming feather padded total looks.
Alfredo: We went along and did what we felt at the moment, to later realize that all big brands have ended up doing padded looks this year. Without even wanting to, we became part of a feather era!

Clearly this collection is less colorful and graphic than the previous ones. It seems like you have landed on a minimalist foundation. However, you've collaborated with Tom Tosseyn with a unique print designed by him. In what way is he involved in your brand? Is he a regular collaborator?

Paty: He's not a regular collaborator but he is a great friend and I have admired his work for several years. We worked together on the previous collection so we decided to include some strokes of his designs on this one to keep some coherence with the past. It is true that this collection had a minimal aspect to it but on the other hand, the pieces we are working on at the moment are doing the total opposite. I wouldn't call it a shift towards minimalism really.
Alfredo: Apart from staying coherent with the past, the inclusion of Tom's design helped us perpetuate the name of the collection in several prints.

Making noise is a very important aspect inside this industry. How did you come up with the idea of launching the Inconnu collection via iPhone / Instagram? Are you addicted instagramers?

Alfredo: Definitely. What's the first thing you do when you wake up in the morning...!?
Paty: We are addicted, yes. I barely use any other social network since I have Instagram.

Alfredo: I'm collaborating with several brands and magazines on another side-project (error-jpg) with contacts I have made exclusively on Instagram!
Paty: The interesting thing is that there are infinite lines to direct one's feed, from your everyday type photos, to selfies or cat lovers. There are also people who engage on a more artistic view and live the network through this perspective.
We decided to have @eurostar__ and @hip___hop shoot our campaign on iPhone because we were specifically thinking of instagram. One has a more ironic and comical approach that satirizes the quotidian while the other is cleaner and more colorful, focusing on the image with a detail obsessed feed.
The campaign was shot for this format and was put together as a whole feed which worked based on color combinations, themes and contrasts. The photos also had to stand by themselves which gave the viewer the two options IG gives its users, to visualize the photos one by one or as a feed.

Being this one of the first campaigns done exclusively for this medium, what was the result?

Paty: The whole process behind it and the body of work itself for us is an art piece. They didn't only shoot the photos, they then took several weeks to arrange them so everything unfolded coherently and became visually appealing.
However, not everyone has understood this format which has left us with a somewhat sour taste.
Alfredo: Some people saw it more as a making-of rather than the final and actual campaign.

Do you have any new contributions or online strategies in mind? And is Abrahamsson thinking of going down the runway in the near future?

Alfredo: We would like to have more visibility and a real critique on what we do on a larger scale. As far as runways go, we are looking into it to make it happen sometime soon.
Paty: For our next campaign we are working on collaborating with an artist we have met via Instagram... And we recently did this advertorial with the photographer Arturo Cardoza, a friend that we greatly admire. 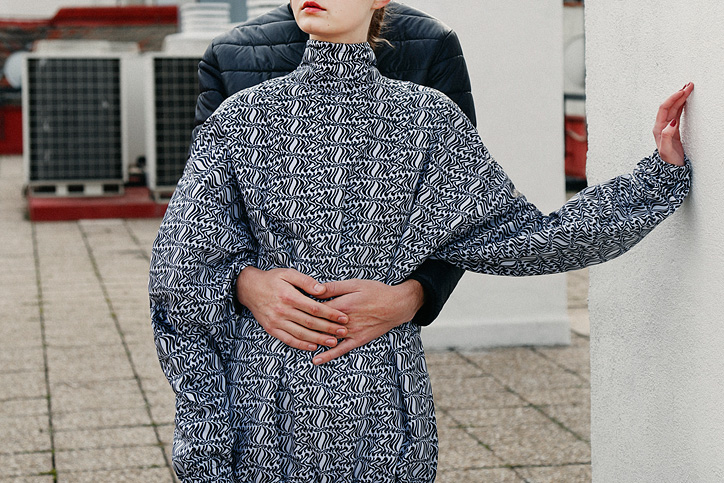 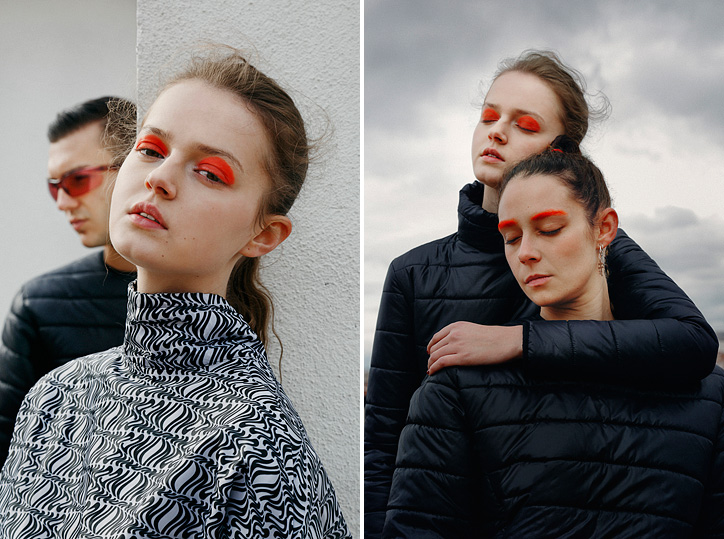 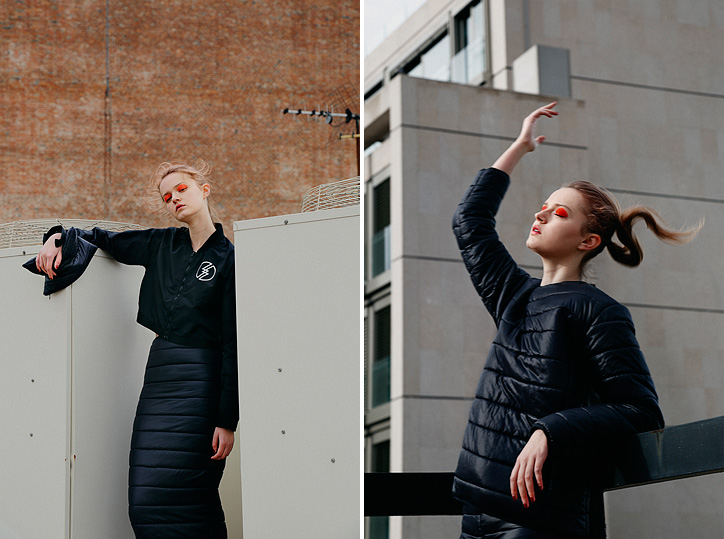 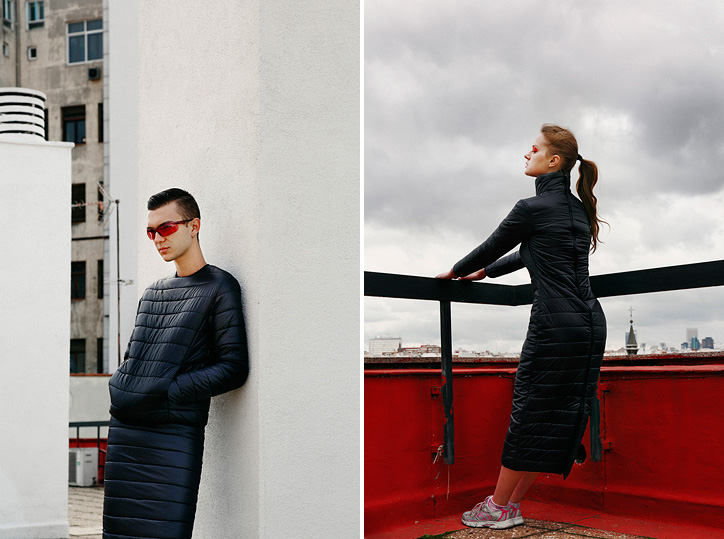