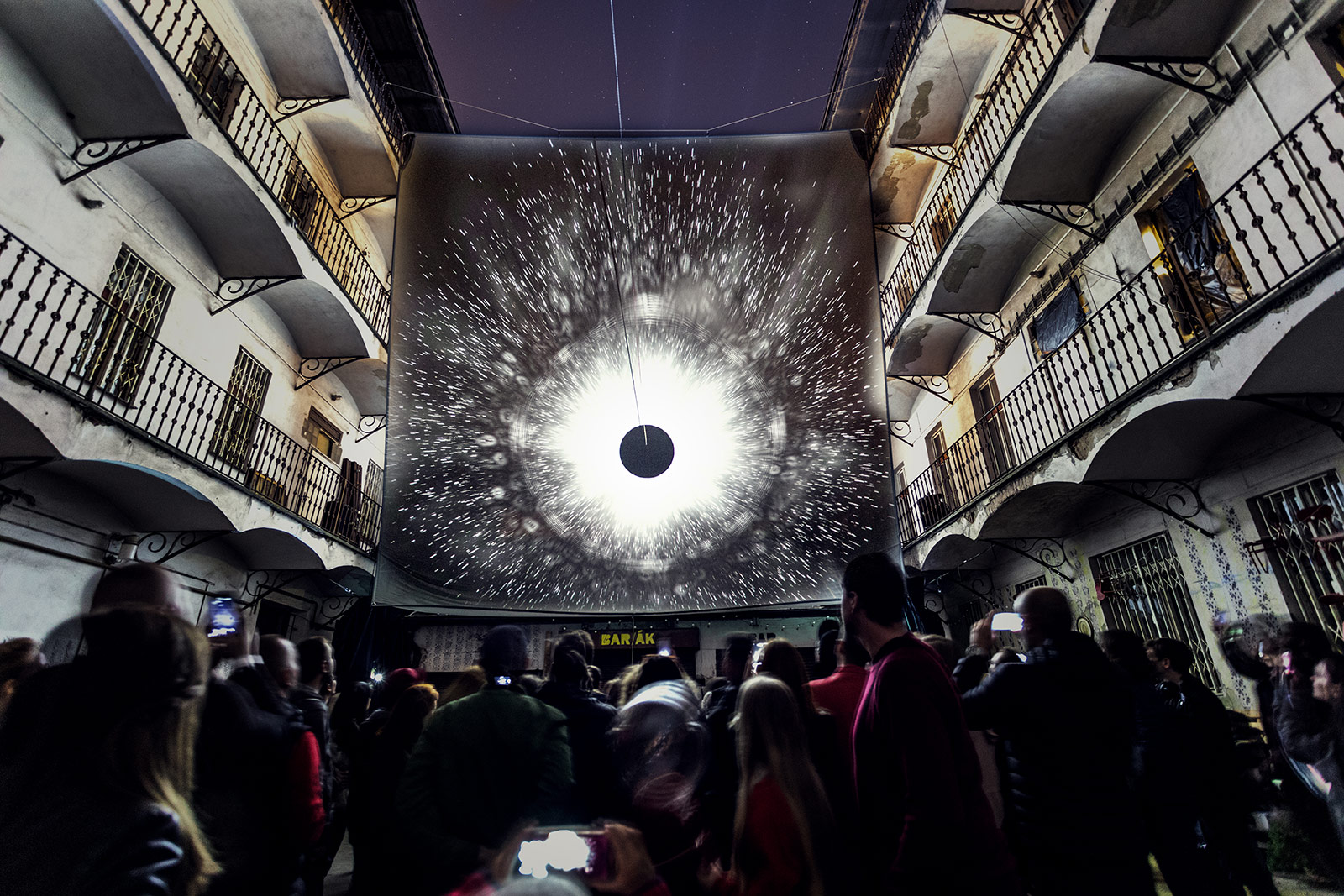 Eighteen artists will light up the city of Prague from October 10 to 13 in the seventh edition of Signal Festival. The three-day event has evolved from a local video mapping festival to one of the most important festivals in the Czech Republic, broadening its focus and now including light and site-specific installations, projections, and more. With Revolution as this year’s theme, the festival’s organization pays homage to the Velvet Revolution, which changed the country’s political landscape forever.
“Thirsty years after the Velvet Revolution, we have decided to reflect on what the word ‘revolution’ actually means today”, says Matej Vlašánek, the festival’s Program Manager. “We perceive it as a future outlook and a change, improvement and radical transformation of a whole or of an individual”, he continues. Following this theme, renowned architect Eva Jiřičná presents one of the main installations of the festival, titled And What if It Was True? at the Vojan Gardens, consisting of a meteorite-like light installation accompanied by the sounds of ambient composer Dné. The story behind the piece is that, just like in the film The Day the Earth Stood Still (starring Keanu Reeves and Jennifer Connelly), an unknown source/being from outer space comes to the Earth to make us behave correctly and informed by values such as empathy, compassion, collaboration and love.

Also very linked to this year’s theme, we find Skilz Studio’s piece, R•Evolution, a video mapping projected at the Tyrš House telling the story “of human desire for a better future”, a journey that goes from evolution to revolution and back to evolution again. As the festival defines, “progress is a state of infinite, a kind of continuous life cycle”. This idea of repetition is also present in Multiverse.pan, an installation by Fuse* studio at the Mirror Chapel of Klementinum. However, this audio-visual piece goes from human to universal and focuses on concepts like eternity and infinity through a vertical projection with two large mirror surfaces that create an immersive, endless image that almost traps you.

One of the most renowned artists participating is Memo Atken, whose practice mixes art, technology, science and mathematics. At the National Museum– Czech Museum of Music, the Turkish artist presents Simple Harmonic Motion, an “ode to chaos and order in which science, technology, culture, ethics, tradition and religion clash”. Inspired by filmmaker John Whitney and experimental composer and Black Mountain College professor John Cage, Atken aims to fuel the spirit of revolution by reconciling science and spirituality with a piece similar to an altar that merges light, darkness and hypnotic music, which calls for meditation and contemplation. On a lighter note, we find other pieces like 10^100, by German collective Giegling. The light installation celebrates two jubilees: ten years of the collective and one hundred years of the Bauhaus school. This celebration will turn the Nostic Garden into an experimental playground and sculpture park where individuals are at the centre and whose main and only concern should be play and have fun.
The Signal Festival will take place from October 10 to 13 across the city of Prague. Check the entire programme in the festival’s website. 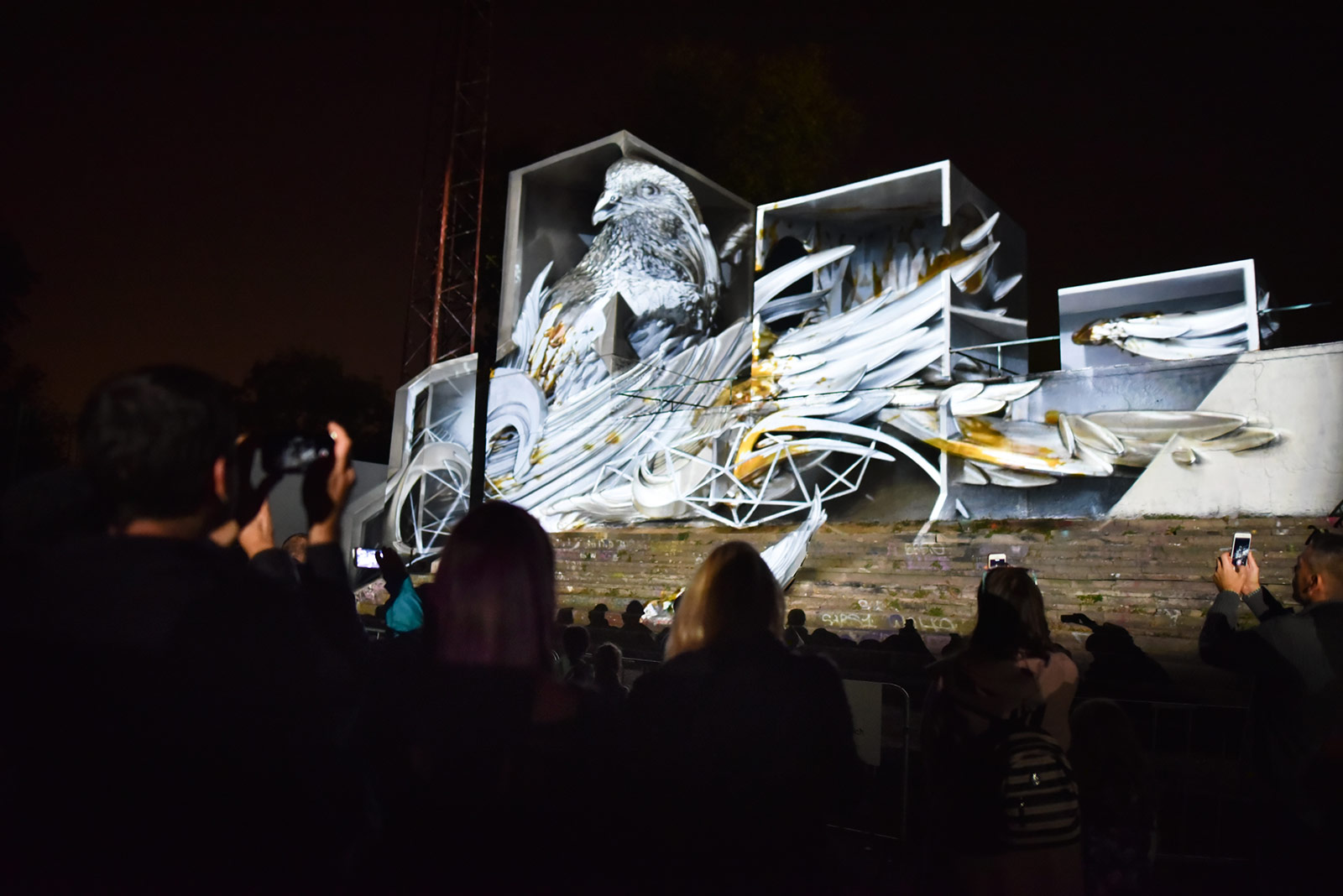 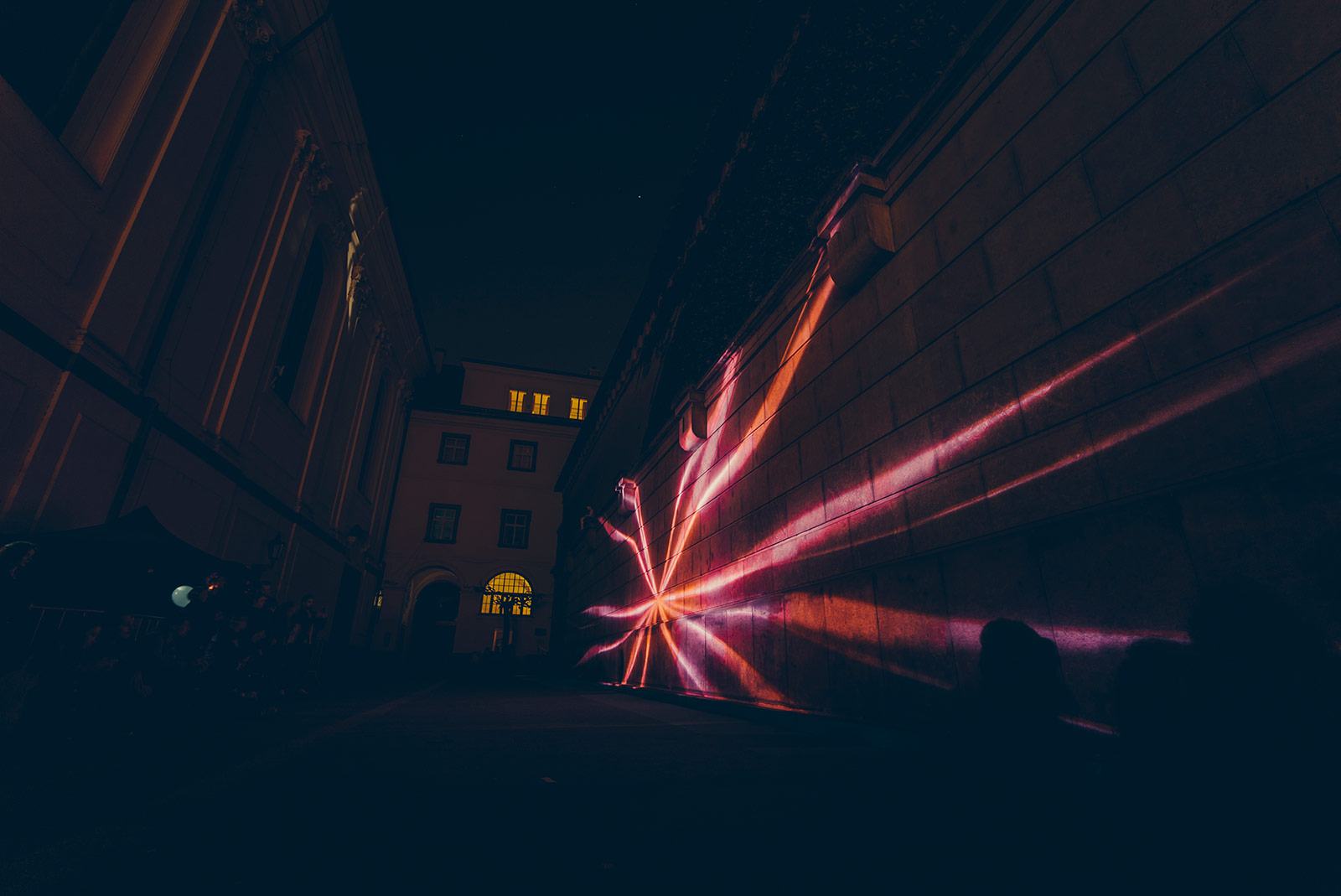 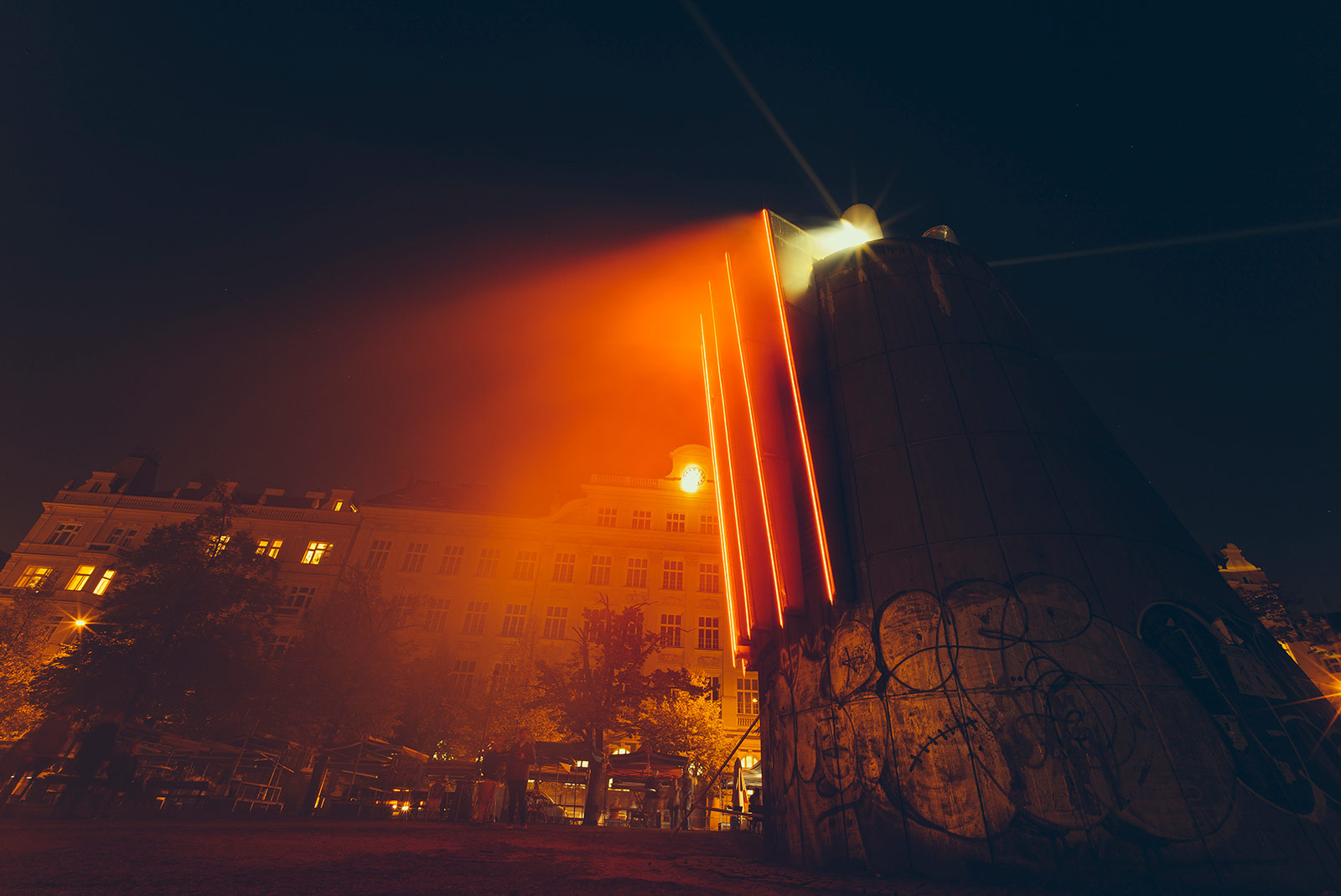 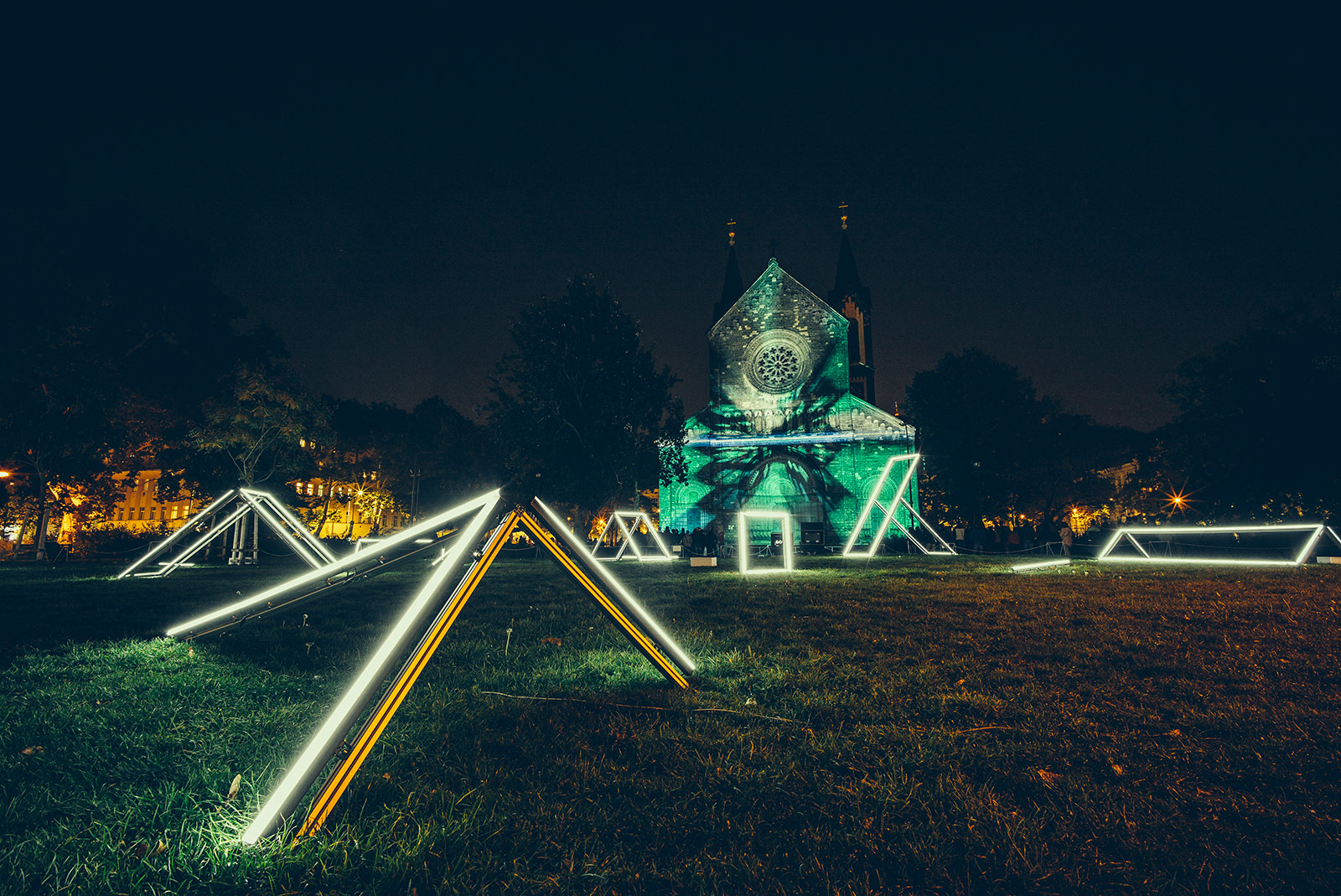 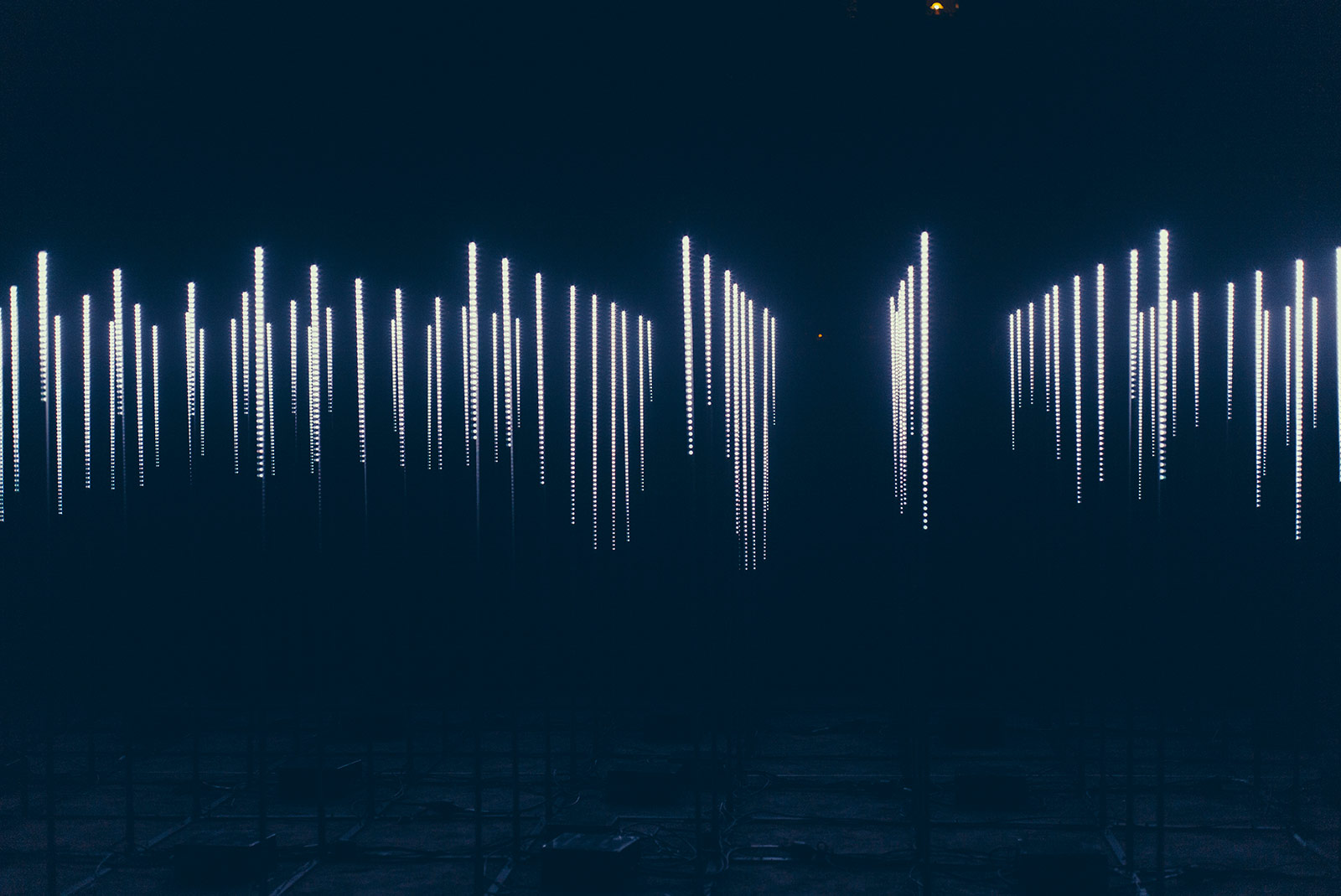 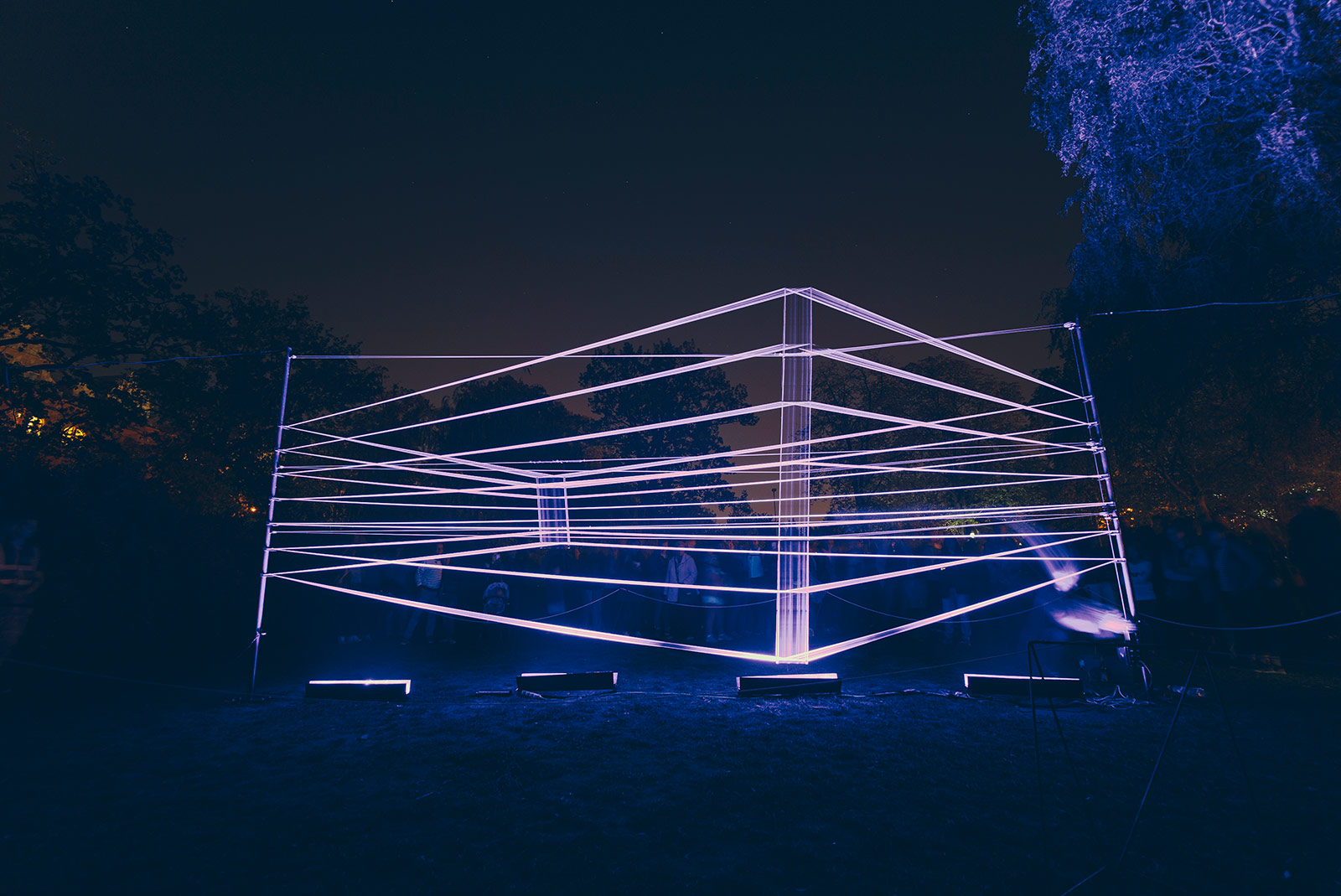 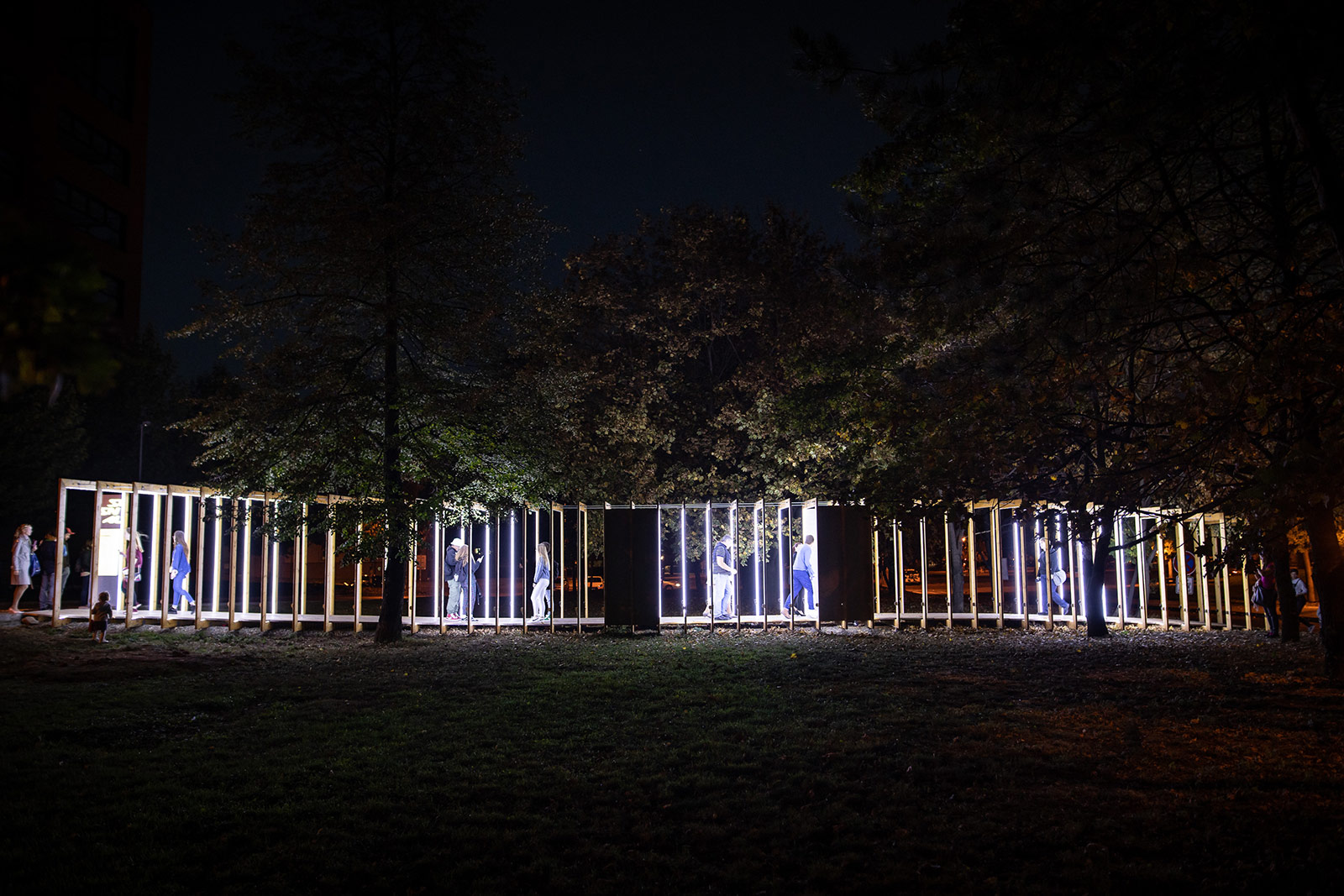 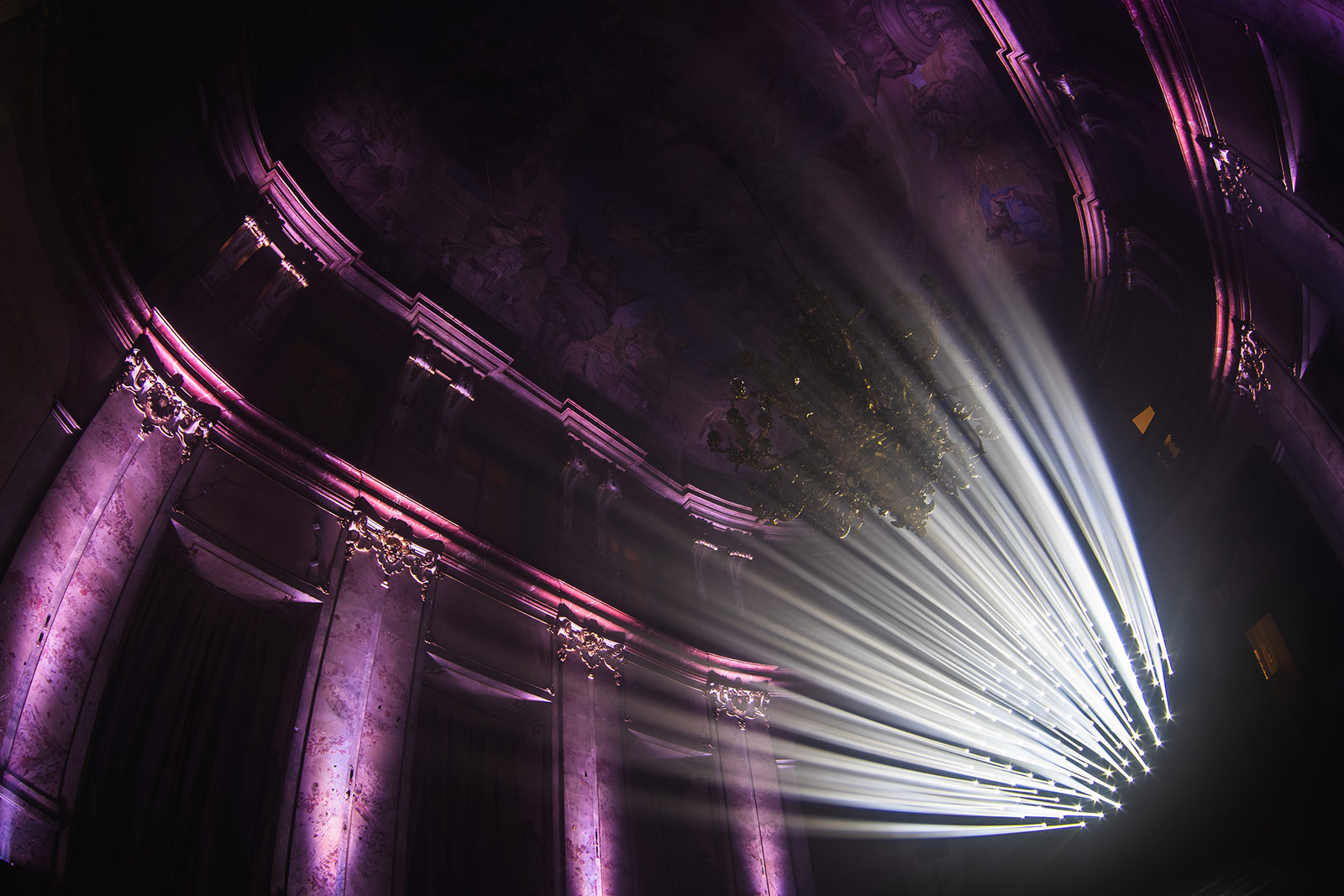 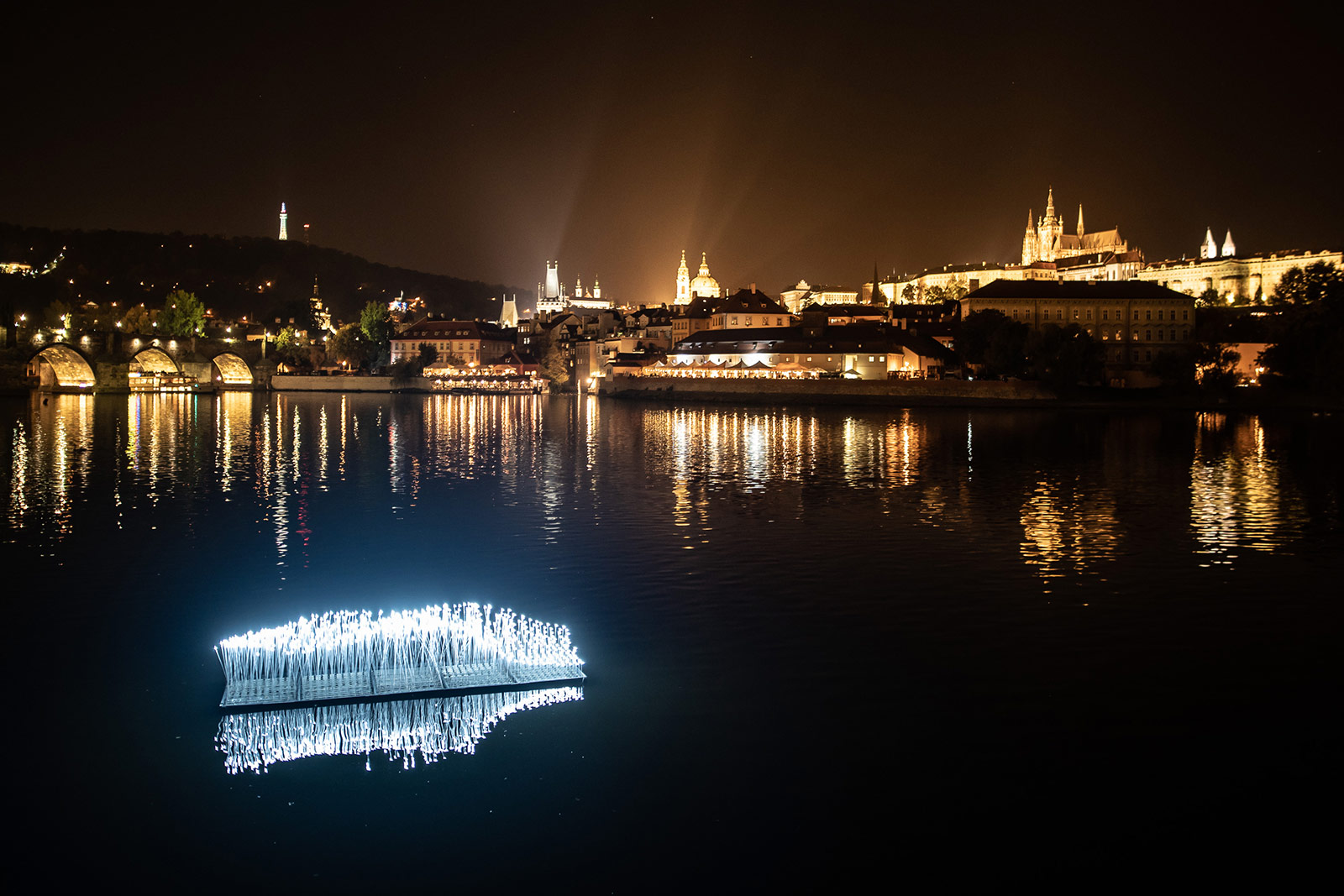