The End Exhibition. Vernissage in Paris 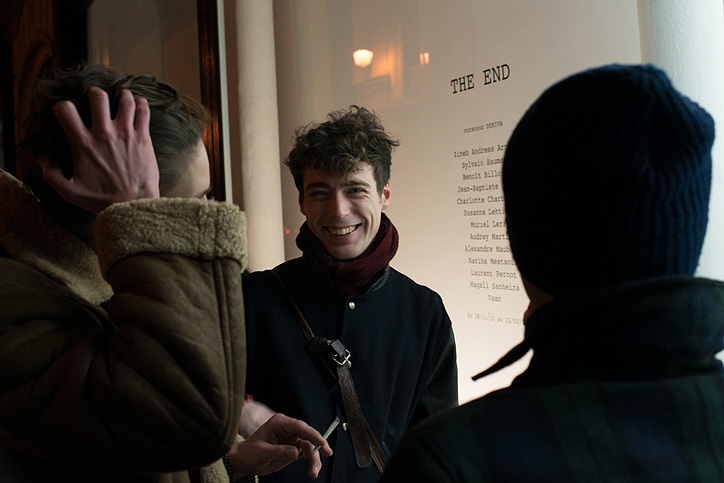 See Studio is a photographic agency representing a bridge between the arts and the business worlds. The management and implementation of photographic commissions, combining a documentary approach with that of the visual arts is accompanied by a curatorial activity in the spaces of the See Studio gallery, at 7 rue Claude, in Paris 3rd arrondissement.

The exhibition The End is at the crossroads between different outlooks over the frailty and ephemeral nature of existence. It is the awareness of finitude as an existential experience linked to time and space; a feeling of absurdity connected to our becoming. This awareness can take different paths, it can come with us or get us lost. It is a question of attitude: the one who seized the absurdity can always choose whether to look at their horizon with resignation, with indifference, or with certainty. Undoubtedly this time, the curators of this beautiful gallery at Le Marais took it with certainty and, as if it was the last night on Earth, they got our attention once again with a triple event that combined music and live performances to the formal exhibition that will take place there until the 22nd of February. The exhibition is structured around three moments: awareness, disappearance, rebirth.

“The end is the absurd universe and that attitude of mind which lights the world with its true colors to bring out the privileged and implacable visage which that attitude has discerned in it” A. Camus, The myth of Sisyphus.

Room 1: Awareness
Something is about to happen or has happened already. A prelude after the end, since it keeps starting over. Confronting a lost horizon and contemporary fossils, the awareness of our own absurdity. And it always starts over, like a cycle that is worn off, leaving a trace of erosion, energy, and relentless efforts at every round, like the noise of a never-ending departure. On the oxymoronic path between individuality and universality, life is seen as a breath,  stardust and   cosmic discovery.

Room 2: Disappearance
Numerous are the sources of destruction that devour time and space, twists of fate. But the path is frozen into ice, imprinted within the soil. Ancestral images go beyond the reflection over the human condition, and go towards the universal questions of a never-ending story. Disappearance becomes memory.

Room 3 and underground: Rebirth
Return, self-reflection, transition. Rebirth of a liberated conscience, the resonating body with matter, up to find the way to the aquatic origin of our ephemeral existence.

During the night of the 1st of February we assisted to a warm and arty soiree. Marc Tesla's guitar and bitter rock and roll attitude made us clap our hands more than twice while following his riffs. Surrounded by nuclear explosions, frozen flowers and the spiritual glimpses of The End, an atmosphere of hope and human ardor transformed the white walls of the gallery into a floating bubble. After the live performance, wine and the good vibes of a deejay set hosted by Rainbow Warriors Collective flooded the place. Beautiful faces, nice conversations, designers, bloggers and curators of different contemporary art galleries were there paying a visit and taking note of the night.

As the artist Alexandre Maubert, also part of this exhibition, explains in his work piece, Impact, 2010, “If there is an end, it does not involve us”. In fact, it did not involve us during this special occasion. 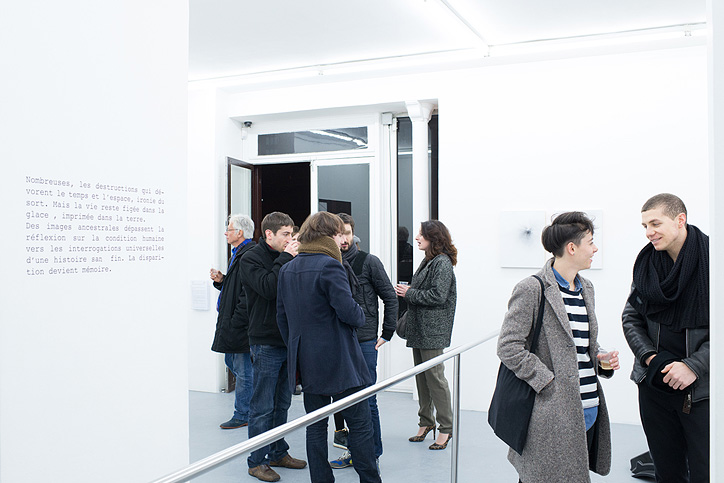 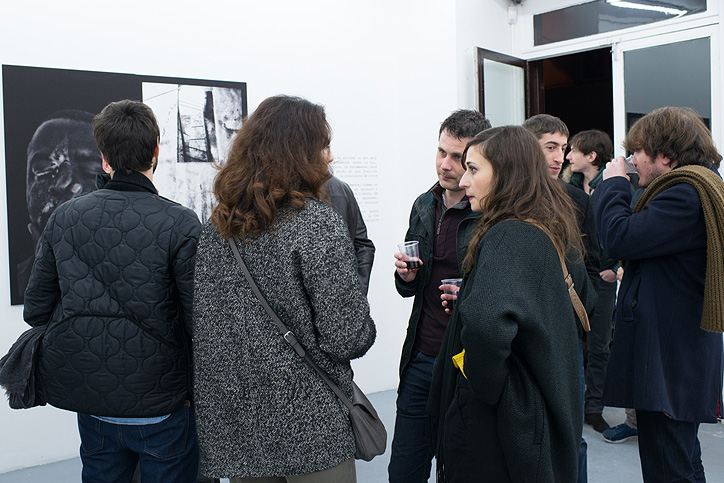 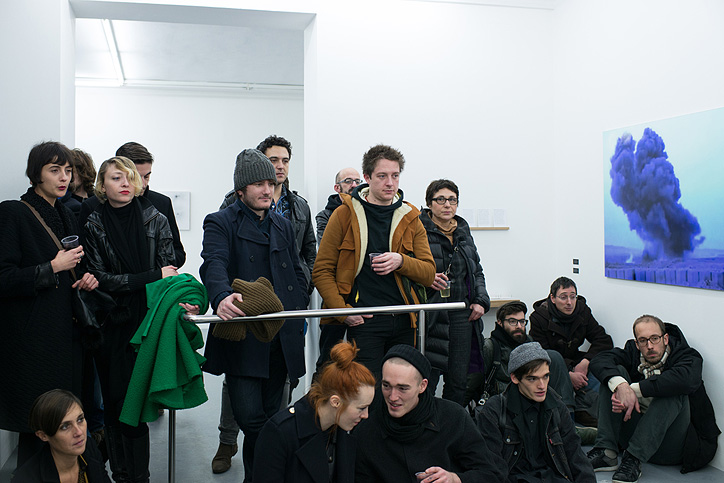 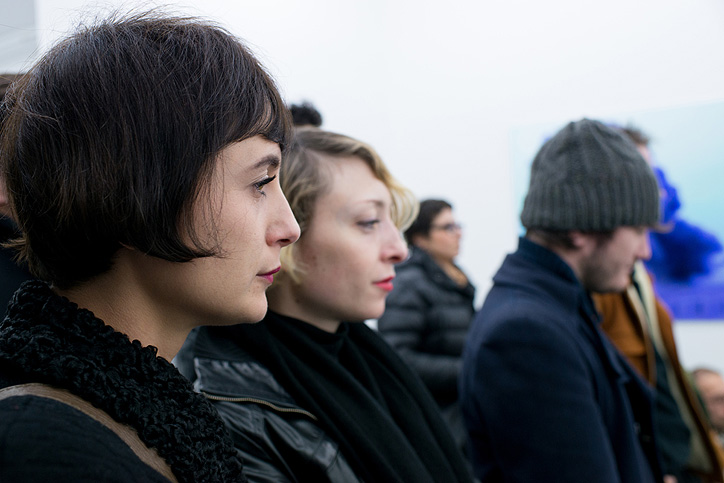 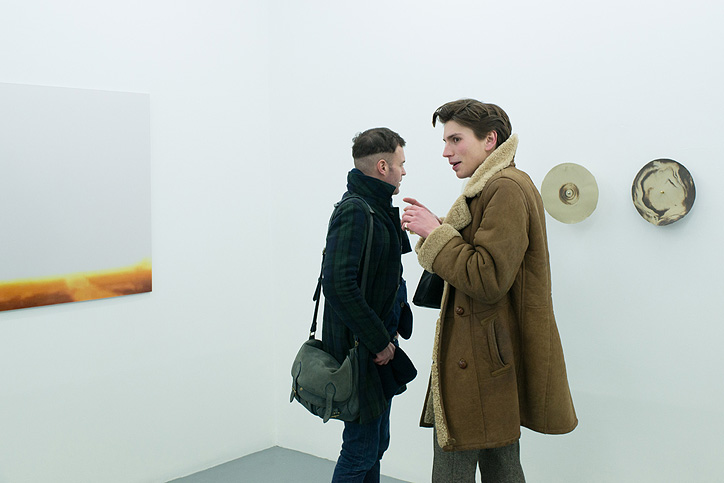 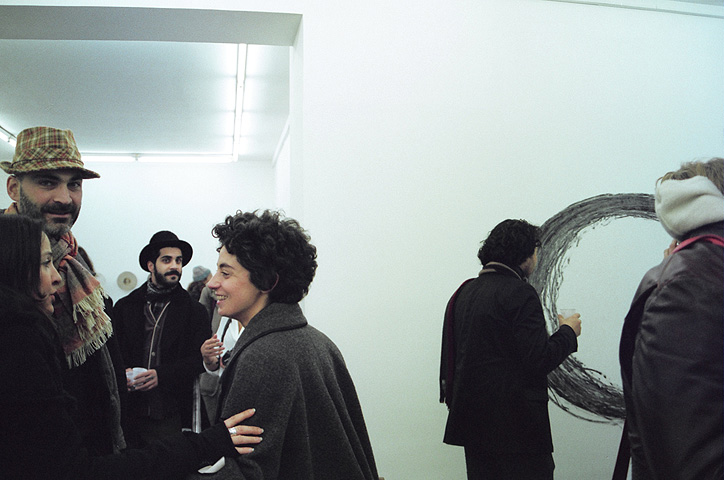 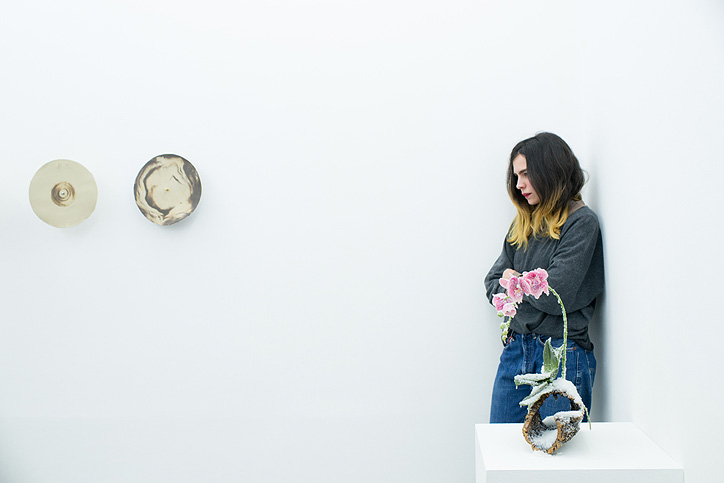 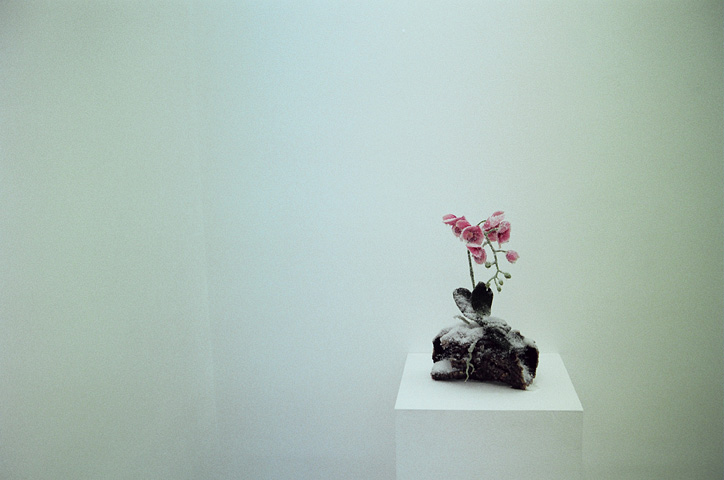 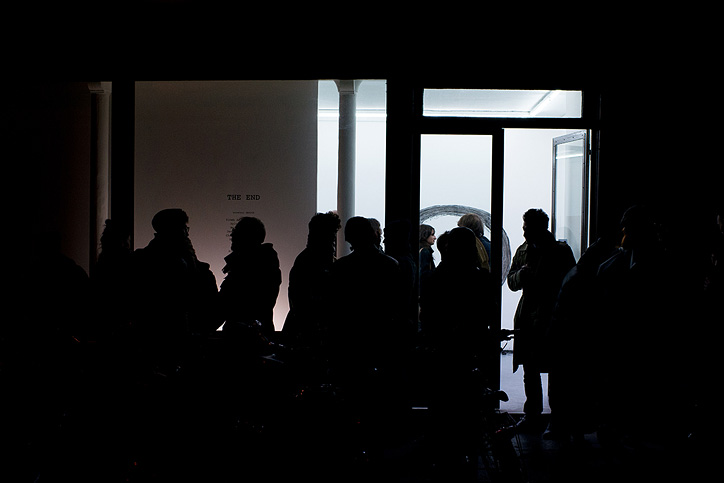 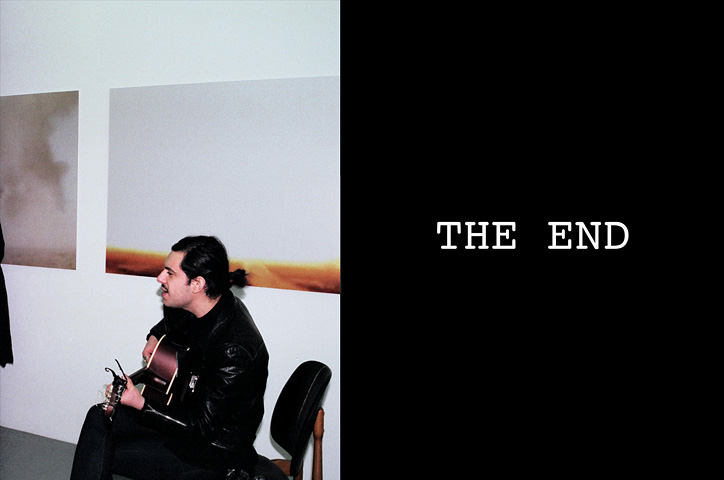