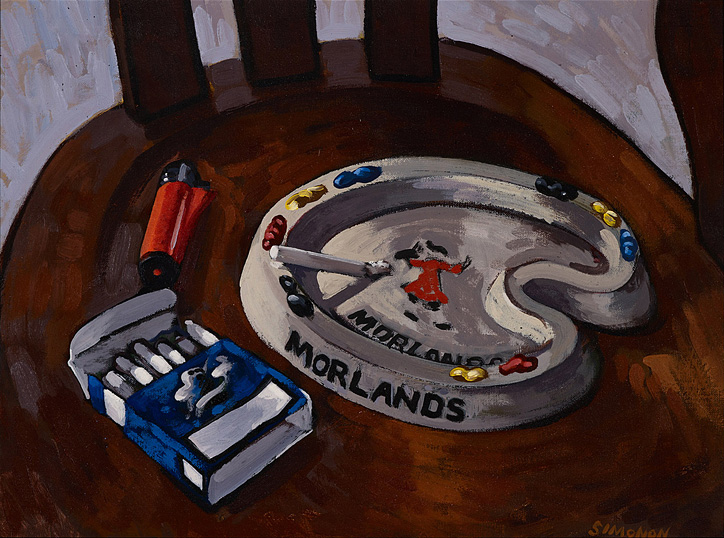 Musician and artist Paul Simonon is more readily recognised for his work in music as the incredibly handsome and stylish bass guitarist of 1970s British punk rock band The Clash. But he’s much more than just a pretty-faced bassist, he’s a pretty-faced painter too. This weekend saw his third solo exhibition “Wot No Bike” close at the Institute of Contemporary Arts (ICA), London - one of the few places where he was allowed to gig with The Clash in the early days.

This time around he went back to his first love, art – something he was exposed to long before music. As a child he slept in a room where his father – also an artist – painted. The walls were covered in art book tears taken from the library where his mother worked. Today, Simonon continues to surround himself with art, particularly 1950s British Kitchen Sink artists such as the founder, John Bratby, who commented on working-class environments through their work - a point of reference for Wot No Bike. In a short film displayed alongside his collection of paintings, Simonon talks to filmmaker Baillie Walsh about his work and artistic references. He points out The Toilet painting by John Bratby; “it’s these kinds of things that excite me, they’re mundane but it’s about the ordinary made extraordinary.”

The show consisted of twenty-two oil paintings and linocuts of his biker-related possessions; leather jackets, boots, gloves, helmets, goggles, sets of keys and, not forgetting, motorbikes themselves. There were also abundant Gitanes and Embassy cigarette packets, Clipper lighters and ashtrays. One of the paintings, homage to the motorcycle club 59 included a subtle nod to his style and love of fashion with a silk paisley scarf hanging over the edge of a table. The work has been described as autobiographical. In fact, being a biker has been a huge part of Simonon’s life in London since the 1960s. After the Second World War, for the first time, youth had been recognised as a distinct stage in life, as opposed to just going from being a child to an adult. This shift allowed youth and counterculture to grow. And as per Franc Roddam’s Quadrophenia (1979); subculture wasn’t solely about the way people dressed, it was ‘a way of life’. By the 1970s the angry punks had surfaced and, at the height of it, Simonon smashed his bass in that iconic London Calling album cover. A classic.

Whether Paul Simonon’s paintings will become classics one day, too, is yet to be seen. For now, we’ve witnessed a collection of objects and paraphernalia that literally paint a picture of his everyday. Ironically, there was only one guitar in the background.

Paul Simonon – Wot No Bike was shown at the Institute of Contemporary Art, London from 21 January to 7 February 2015. 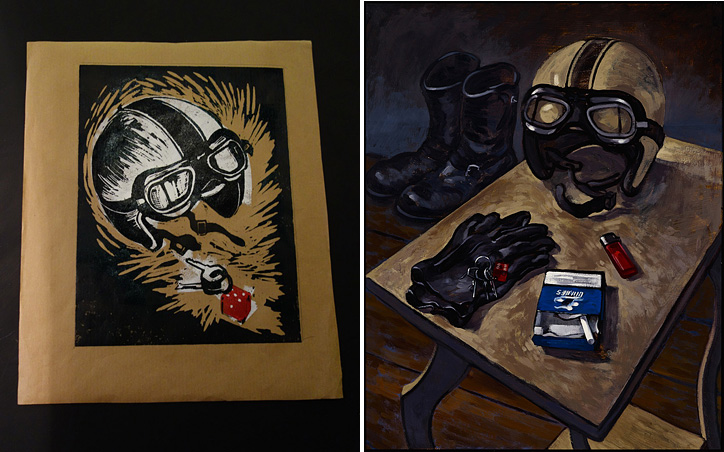 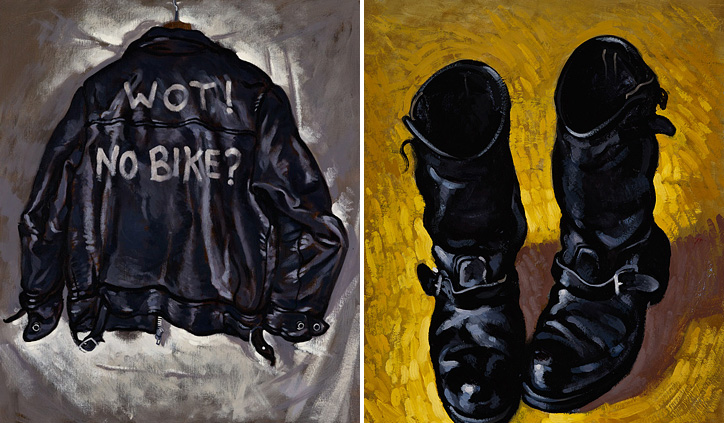 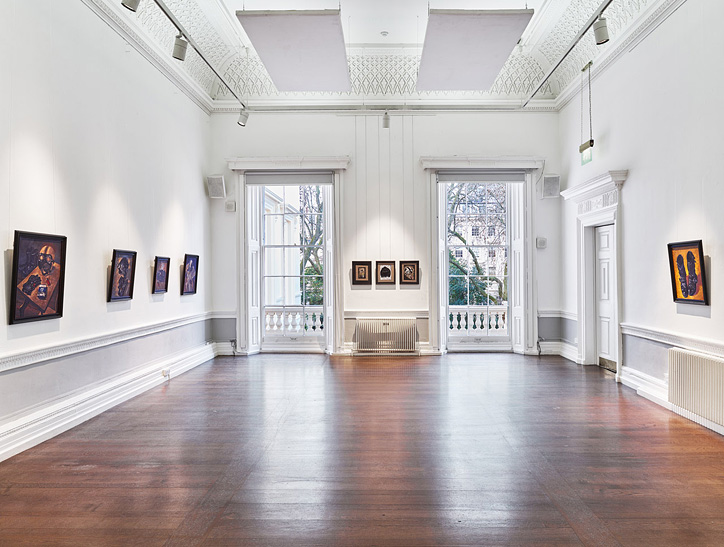 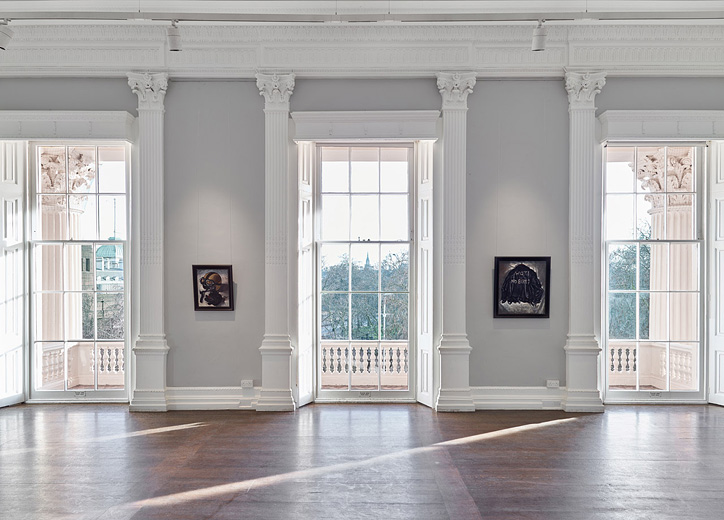