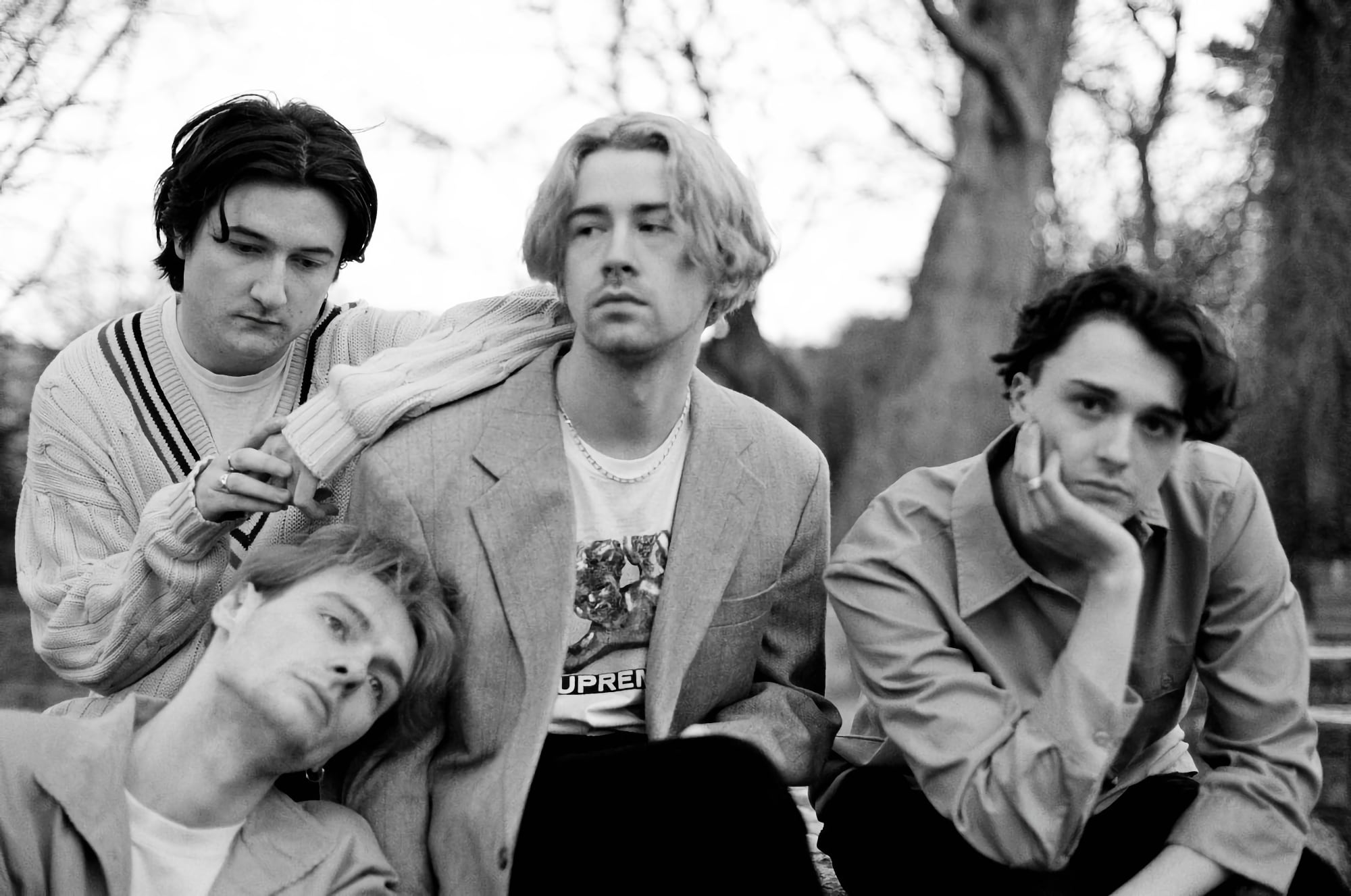 Drawing from their own life experiences and being honest with themselves, the debut EP by Irish indie-pop band Modernlove, Monochrome Blue, is the result of the different stages they have experienced in recent years. From euphoria to disappointment and optimism to frustration, their feelings translate into six songs with a sparkling nineties glow. “A lot of what we write about is young love and the rush and the craziness that comes with it,” they comment on the EP’s focus track, 2 Missed Calls, which they released just a few days ago along with a music video.

Barry, Cian, Danny and Graham make music a way to channel emotions freely and sincerely. A universal language through which they allow themselves to be carried out, embodying reflections, confessions and even internal debates in it. “It explores the negatives and the positives of the naive, and at times overly indulgent, endeavours of our youth and our emotional response to them,” they say of their debut EP, Monochrome Blue, which was released last Friday on Akira Records. A six-track project that becomes a journey through different episodes of their lives, empathising with the audience by perfectly reflecting the emotional ups and downs that we all feel.

From Lmk (If You Wanna See Me) to Come Over X and its sweeping soundscapes and ethereal chords, this EP is presented after the first two singles, Liquorice and Bop were released last year. “There is a blissful innocence to those songs that at times now feels slightly unfamiliar as we’ve grown as friends and artists,” say the band members. To celebrate the EP's release, the band will be playing a Dublin headline show on November 5 in the Workman's Club, as well as their first London show at The Social on November 12.