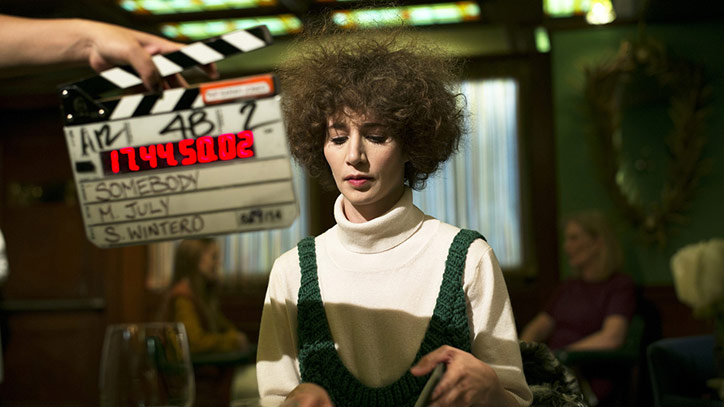 Miu Miu presents its eighth Women’s Tales project: on this occasion, artist Miranda July takes the reins and, apart from directing and playing a role in the short film, called ‘Somebody’, she also introduces an app, developed in collaboration with the Italian fashion house, that allows to deliver messages with the help of strangers.

Since 2011, Miu Miu has fostered the project Women’s Tales: a series of short films directed by different women, giving a whole new meaning to the concept of fashion film. Deep significances as well as beautiful aesthetics define the DNA of the pieces, directed by people like Zoe Cassavetes, Lucrecia Martel or Hiam Abbass.

Now it’s time for artist Miranda July. Her film, presented at Venice Film Festival, tells four stories, linked by an app, Somebody. But July has gone one step further and developed the app so it can be used beyond the screen, in real life. Eight official hotspots have been defined, so if your sister happen to be at Los Angeles County Museum of Art, for instance, and you want to wish her happy birthday, you can do so by sending the message to a third person, who will verbally deliver it to her.

Watch the short film and get hooked up by the clothes, the technology and the cute love stories.