Remaking the past by Frankie Allio

New York, 1985. Andy Warhol is ruling the art scene from its silver and always crowded Factory while his friend, Jean-Michel Basquiat, in February of that same year, is enthroned as the underground movement king when being on The New York Times' cover. At that time, Basquiat and Warhol were preparing a collaborative exhibition at The Palladium in New York City, to inaugurate later on that September. But for Warhol/Basquiat Paintings – the title of the exhibition – the constant companions were still missing a poster, something catchy, something to throw critics against the ropes. Months later, Warhol invited someone called Michael Halsband to a dinner held in the back room of a restaurant. In the bathroom that night, Basquiat chose Halsband to create the poster, “a boxing poster”, recalled the photographer. «Then Andy said, “I thought we already asked Robert Mapplethorpe to do it?” And Jean said, “No, Michael's going to do it.”» That's how the most iconic photo of the art world’s weird couple was taken. 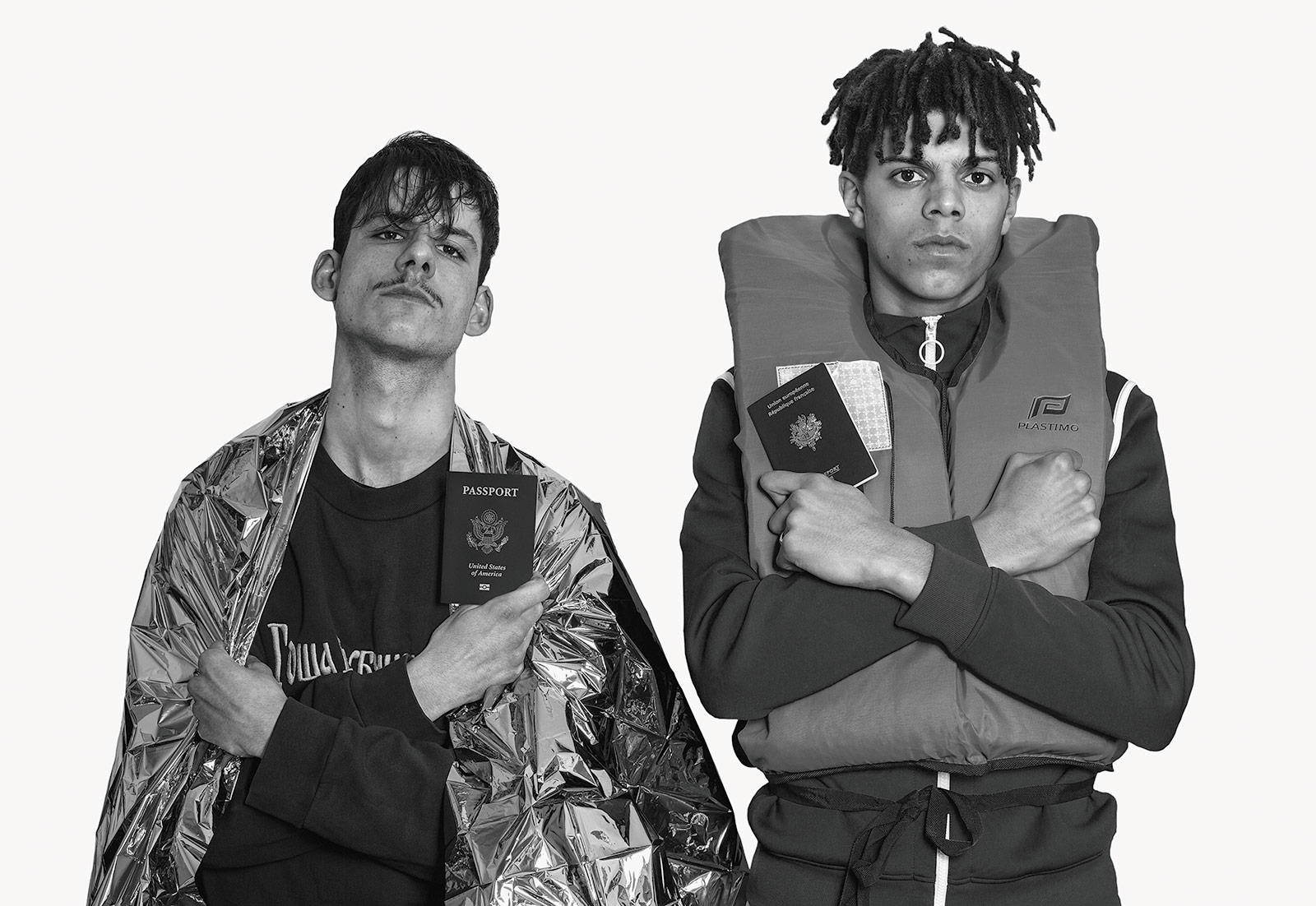 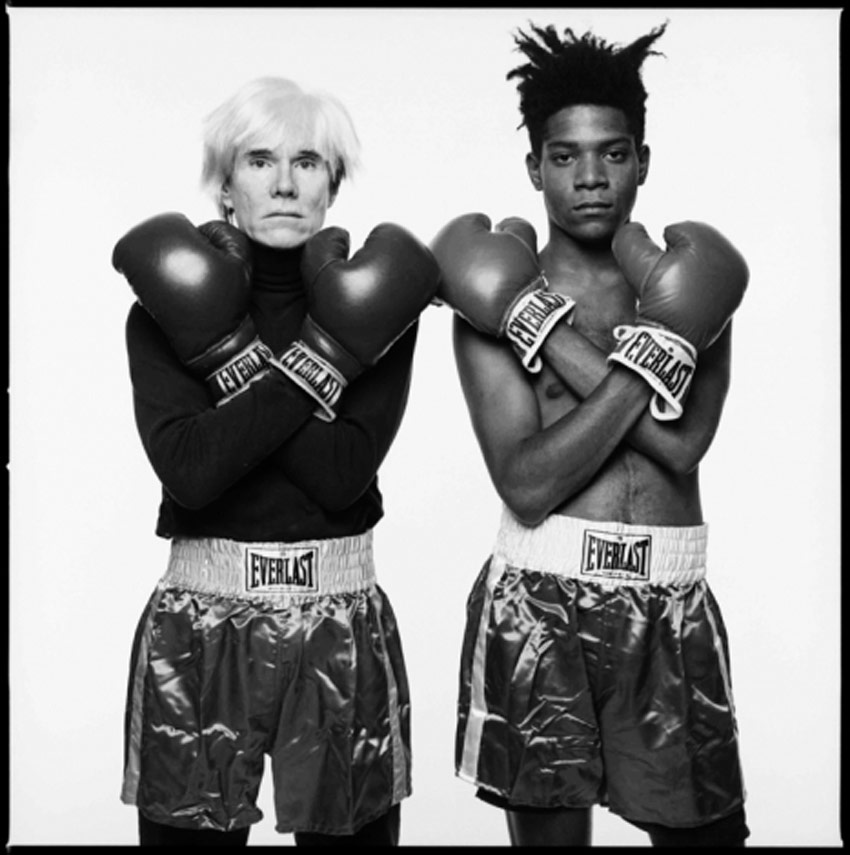