The artist as collector 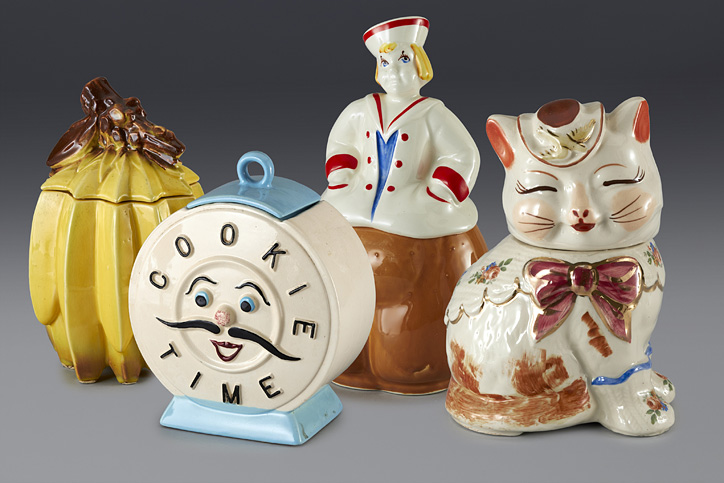 Fifty glass eyes, numerous plastic hamburgers and a 1930s ventriloquist’s dummy are just some of the objects exhibited by 14 post-war and contemporary artists who present their personal collections as part of a new and fascinating exhibition at the Barbican Art Gallery in London.

Magnificent Obsessions: The Artist as Collector is the brainchild of Lydia Lee, Barbican curator and chief curator at London’s Whitechapel Gallery. The show offers an insight into the weird and wonderful world of leading artists including Peter Blake, Martin Parr and Hiroshi Sugimoto through their love of collecting, for both pleasure and inspiration.

With the help of Dyvik Kahlen Architects, the exhibition space has been transformed into 13 original rooms designed to showcase each artist's personal collection(s) in a way that recreates them within the context of their homes and studios. “The unconventional use of furniture, antiques and domestic references add to a fascinating portrayal of the artist’s everyday life,” says Max Kahlen, director of Dyvik Kahlen. Each room has a distinct atmosphere and presentation mirroring the artists’ personal preferences in terms of display, storage and surroundings. In addition to the objects on display, key examples of the artists’ work allow viewers to contemplate the relationship between collections and work produced.

You certainly sense personality in the layout of the rooms - some are calm, others are wild in comparison. You start to imagine how each artist engages with their objects. Then you look for similarities and differences between the collections. Are there any set boundaries? Are they clearly defined? Refined? What’s the meaning behind these objects? They reveal a lot about who these artists are. And there are huge contrasts.

Potter Edmund de Waal’s room is clean, light and minimal with a neutral colour palette and plenty of space in and around the objects he collects. His tiny (some as small as 3.9cm in length) and intricate Japanese Netsuke figurines – a historical collection that has been in his family through five generations – are sparsely displayed on the shelves of a tall glass vitrine. They sit in a separate cabinet to his childhood collection of shells, fossils and other assorted objects on a glass-topped table vitrine. A third vitrine houses 57 simple yet beautiful white porcelain pots made by Edmund de Waal himself. All three collections are very different but there is something about de Waal’s minimal and carefully measured display technique that ties them together. It makes complete sense - it’s Edmund de Waal.

The late artist Martin Wong’s room is chaotic in comparison. He collected with his mother - it was a joint venture. They amassed almost 4,000 objects from Asian antique and gift shops over the course of four decades that have now been acquired by artist Danh Vo. The results are incredible and although some of the objects might seem ludicrous to hold onto as individual pieces – as a group they are fascinating. The colours, the combinations, the variety, the kitschness. It’s bizarrely beautiful. Wong amassed an almost endless amount of things - an example of a boundaryless collection that was stored in his mother Florence’s home. Wong’s father died a year after he was born; “I think Florence dedicated her life to maintaining memories of Martin, and in that way also her husband,” says Danh Vo.

In the same way that Martin Wong’s collection projects a sense of chaos, parts of Andy Warhol’s room include cardboard boxes stacked on top of one another giving us an idea of how he engaged with parts of his collection in the context of his home. Warhol surrounded himself by antiques in each of the homes he lived in over the years - he said they made him feel rich. At one stage, he had filled his East 33rd Street home so much so that he was unable to open doors to certain rooms. He shopped every day of his life and couldn’t let go of anything once it was his. Even if he wasn’t using it or barely remembered he owned it, it had to stay. An obsessive collector if ever there was one. For the first time Warhol’s collection of cookie jars is being exhibited outside of the United States, kindly shared with the Barbican by Movado Group. His toy robot and monkey, complete with packaging, are also on show alongside his acrylic silkscreen artwork of both toys.

American artist Sol LeWitt’s room includes his extraordinary work -Autobiography - which is, in effect, a collection in itself. In 1980 he decided to document his entire Manhattan loft in a photographic typology consisting of black and white photographs of the thousands of things he owned. From books to lampshades to plugs and pieces of string – each and every object was categorised and displayed in a grid system. It looks incredibly beautiful hanging on the gallery wall. From a distance the items look like striking abstract patterns - when you get closer you distinguish them as individual objects forming part of LeWitt’s story. A minuscule part of his extensive collection of Japanese woodblock prints, musical scores and paintings depict a life spent trading works with other artists he loved purely for that reason - never as an investment. According to his wife Carol LeWitt he was an obsessive collector; “He believed in putting his money into things that he believed in. Sometimes he would buy things that we couldn’t afford. Collecting is an addiction he had.”

The unbounded curiosity these artists have for the world around them and their extraordinary contributions to art make their personal acquisitions ever the more intriguing - a simple yet captivating concept. For the first time in the UK, this exhibition gives us access to the private collections cherished by some of the most influential artists of this century. What a privilege. 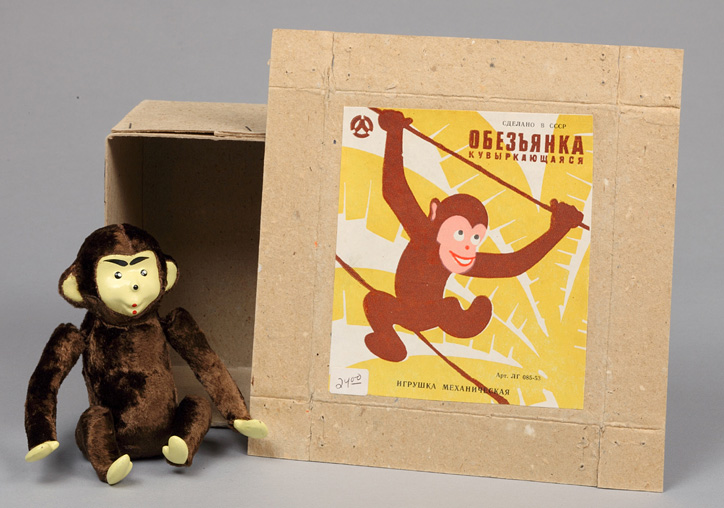 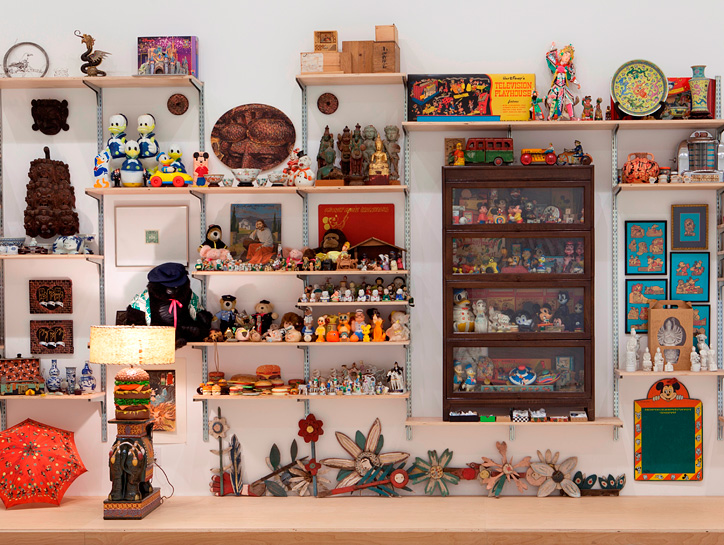 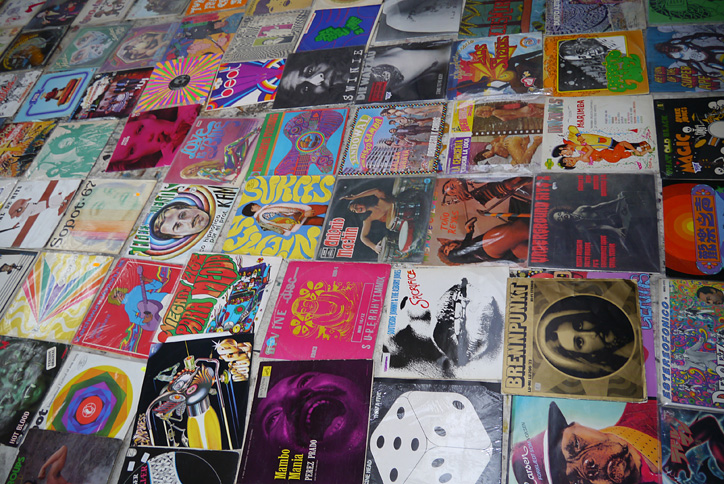 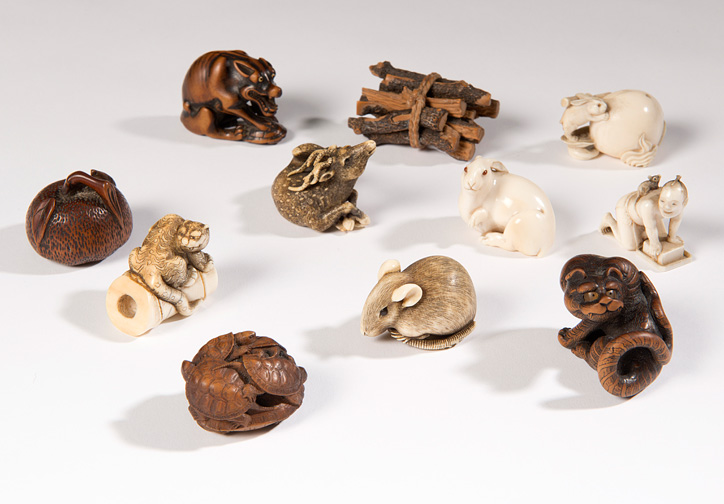 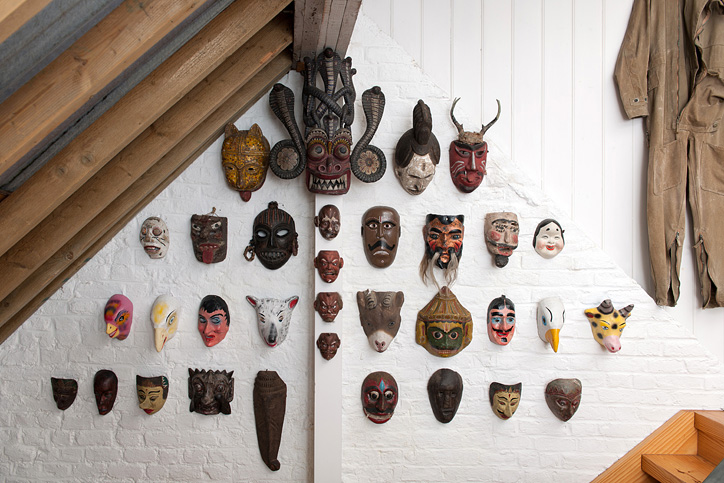 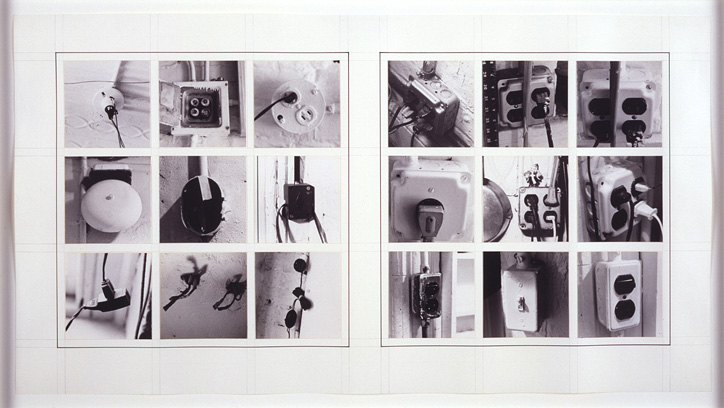 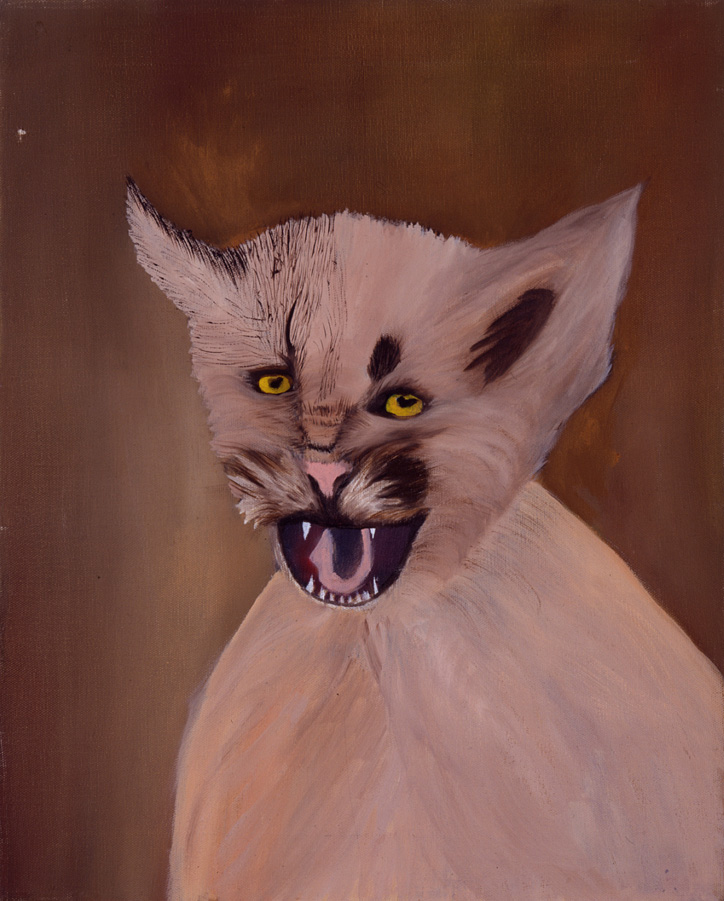 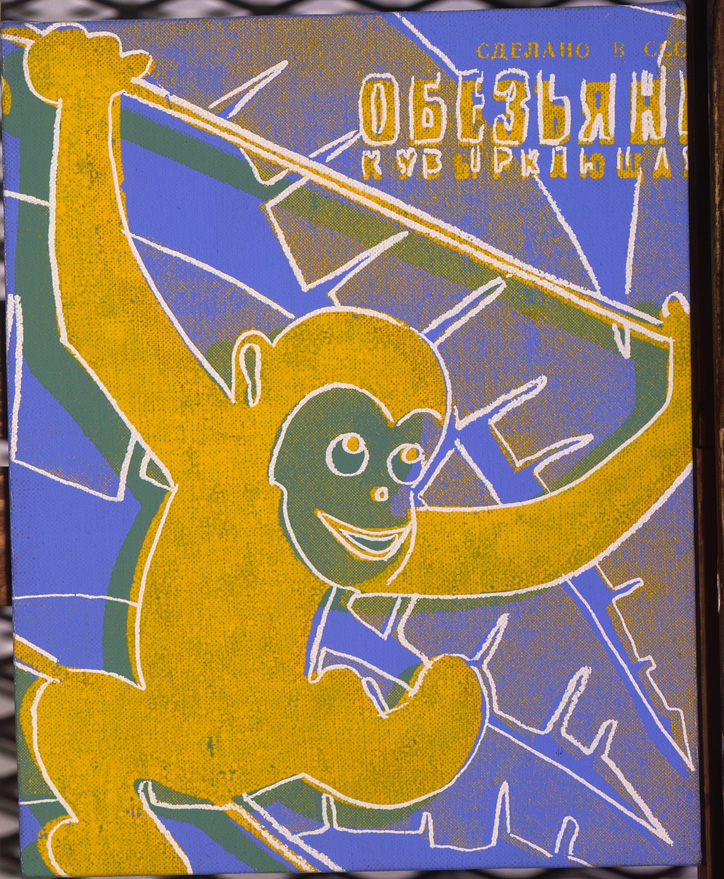