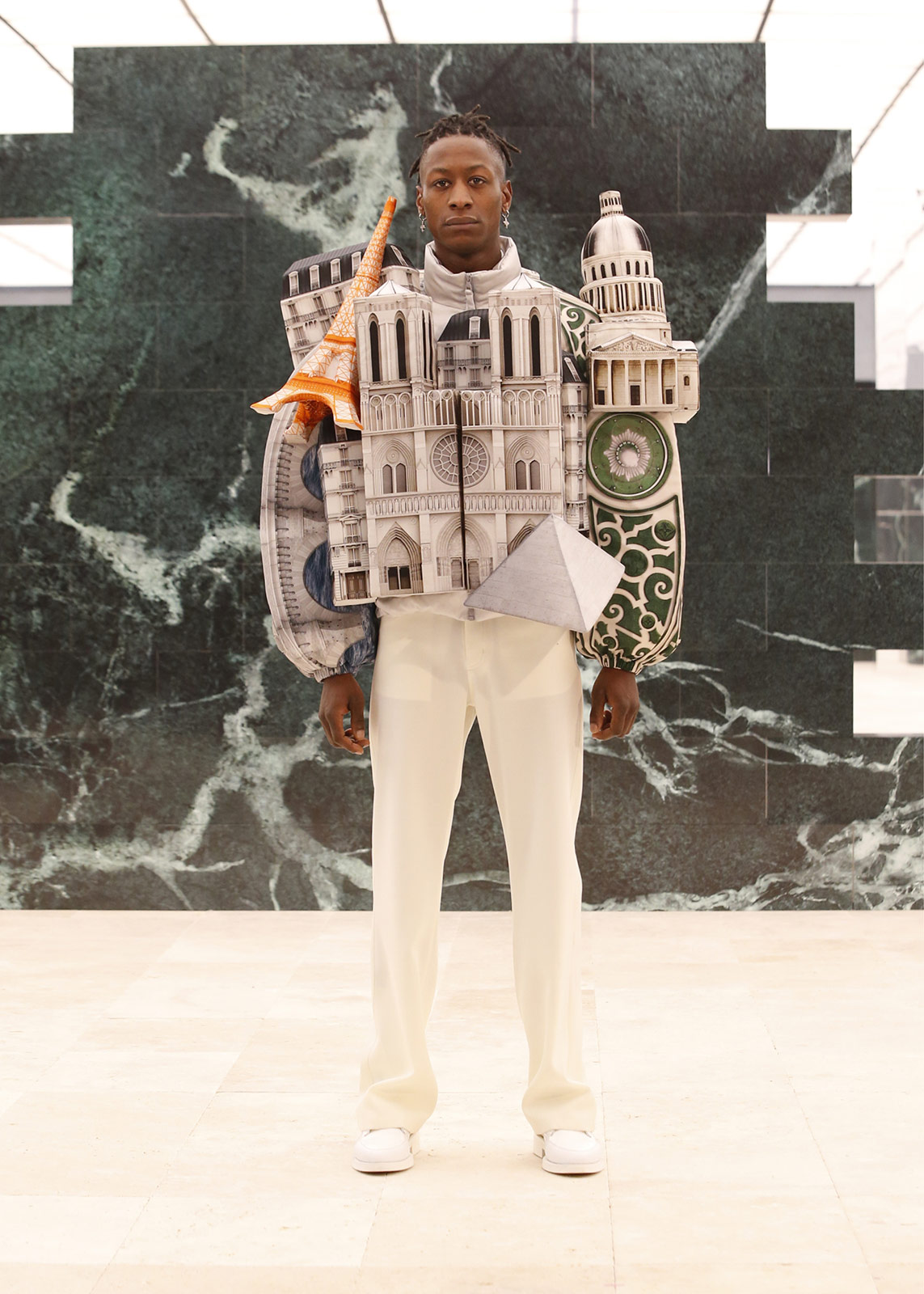 Whether Creative Director Virgil Abloh was inspired by this recent major political change that will certainly go down in history or not, we can definitely sense that things are drastically changing at Louis Vuitton Men. Their newest collection Ebonics/Snake Oil/The Black Box/Mirror, Mirror is proof of this, as it masterfully explores intricately interwoven themes and structures that talk about the interconnected nature of all things, from established racial archetypes to the systematic oppression tied to these. It is presented in a highly ambitious and stunningly fresh and complex video that shows the collection through a series of multi-disciplinary performances.

Initially inspired by author James Baldwin's essay Stranger in the Village, which reflects on how Baldwin himself was viewed as a Black American in the middle of white Switzerland. For this very reason, the video itself also shows the beautiful Swiss mountains, as spoken word is being recited. And the parallelisms don't end there, as we remember that with this piece of writing Abloh probably could see himself and his experience, as a Black American fashion designer who erupted into the European scene. This seems to be, in a way, a re-telling of his own experience, and at the same time, a sort of championing and ode to people like him, as it is said in the video "As Black people, as trans people, as marginalised people, the world is here for our taking, for it takes so much from us.”

It further explores a dichotomy of 'Tourist vs Purist', seen in a very clear way through the different garments that emulate buildings from touristic cities like Paris and New York, as well as the aeroplane duffel bags and the jet-setting, relaxed looks. However, on a deeper level, it delves into the different archetypes of outsider vs insider, recognising the codes that represent these, and not favouring a position over the other, as we can find ourselves in either or both places at any time. This is also shown through a mixture of cultural elements, from African draped wraps, kilts or Western hats, all styled by Ibrahim Kamara, which show the combination of Abloh's own cultures, as he's an American of Ghanaian origin living in France.

All of these details are presented in a way that is so true to Black American culture, through subverting figures of speech, making use of irony, punning and riffing, also seen in intrinsically Black disciplines or genres, such as jazz or Ebonics, which is an African-American vernacular English. Through this collection, Abloh wishes to show how Black people through history have been able to subvert all codes and values in a way that they have created new meanings, even new languages. It is a sort of Black consciousness which is celebrated through spoken word by mentioning great inspirations such as Patrice Lumumba, Yemaya, Oshun, Toni Morrison, Tupac Shakur, and many others. It is especially an ode, as it is mentioned, to "Those who burn, those to the flame and the countless unnamed.” 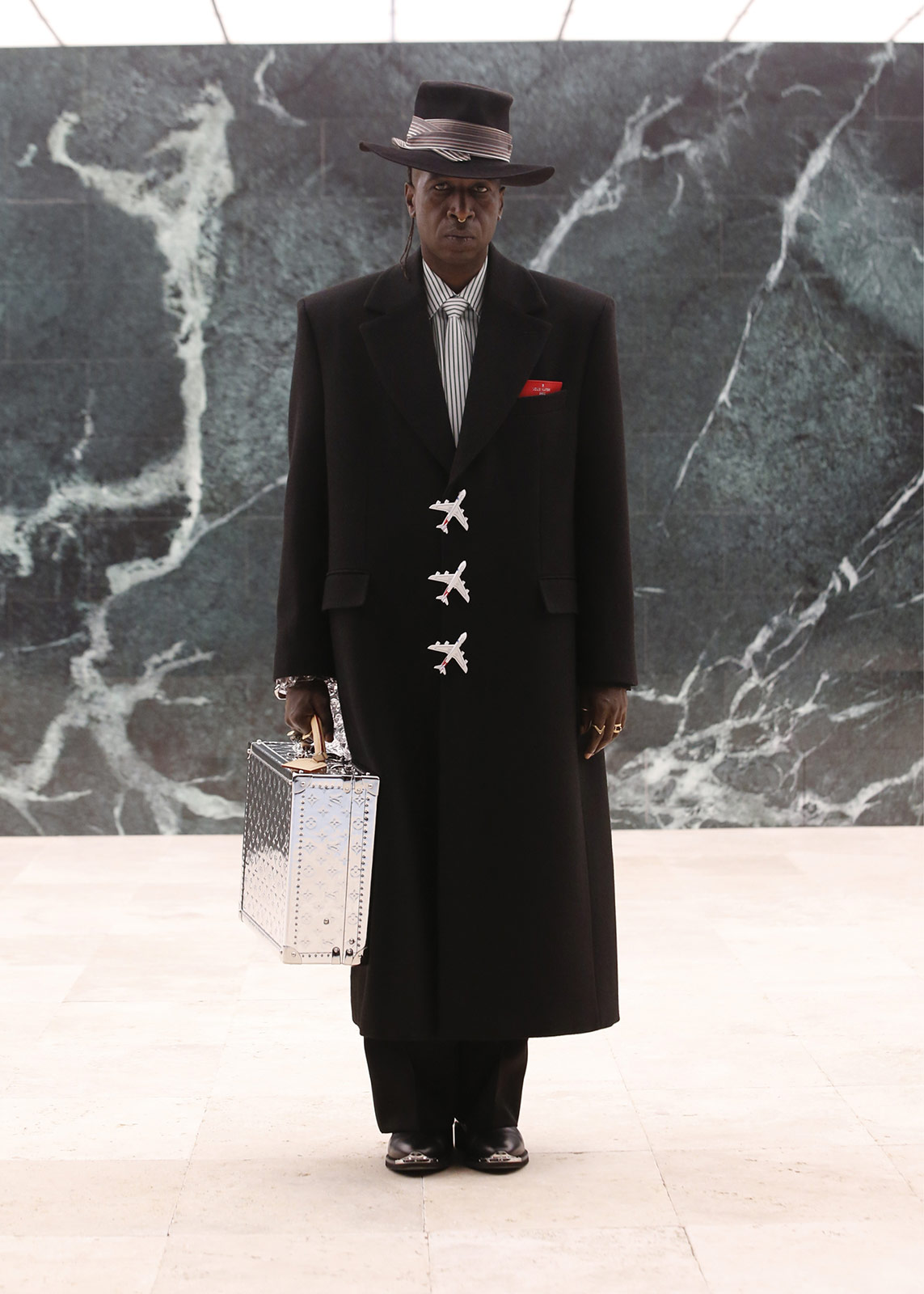 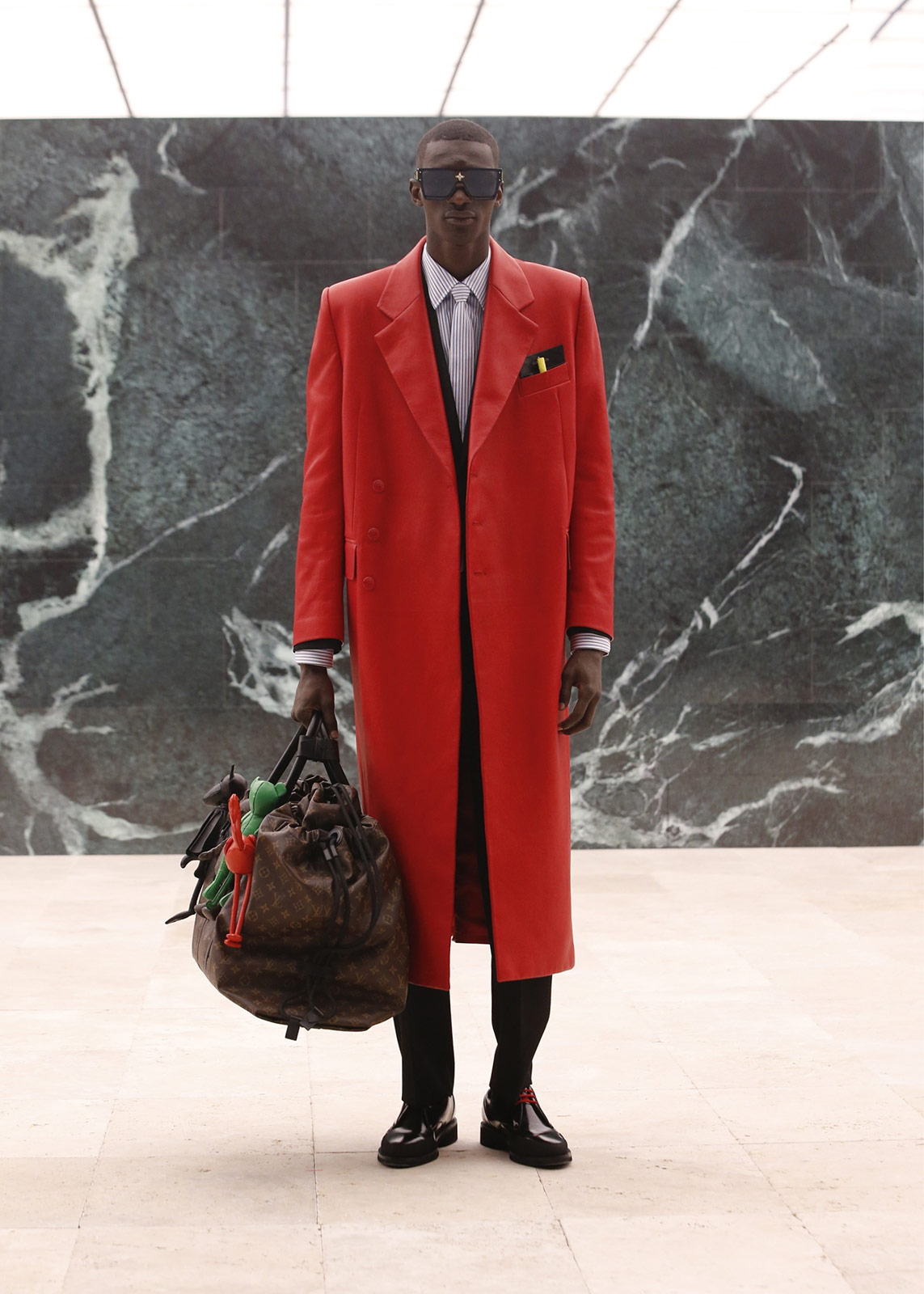 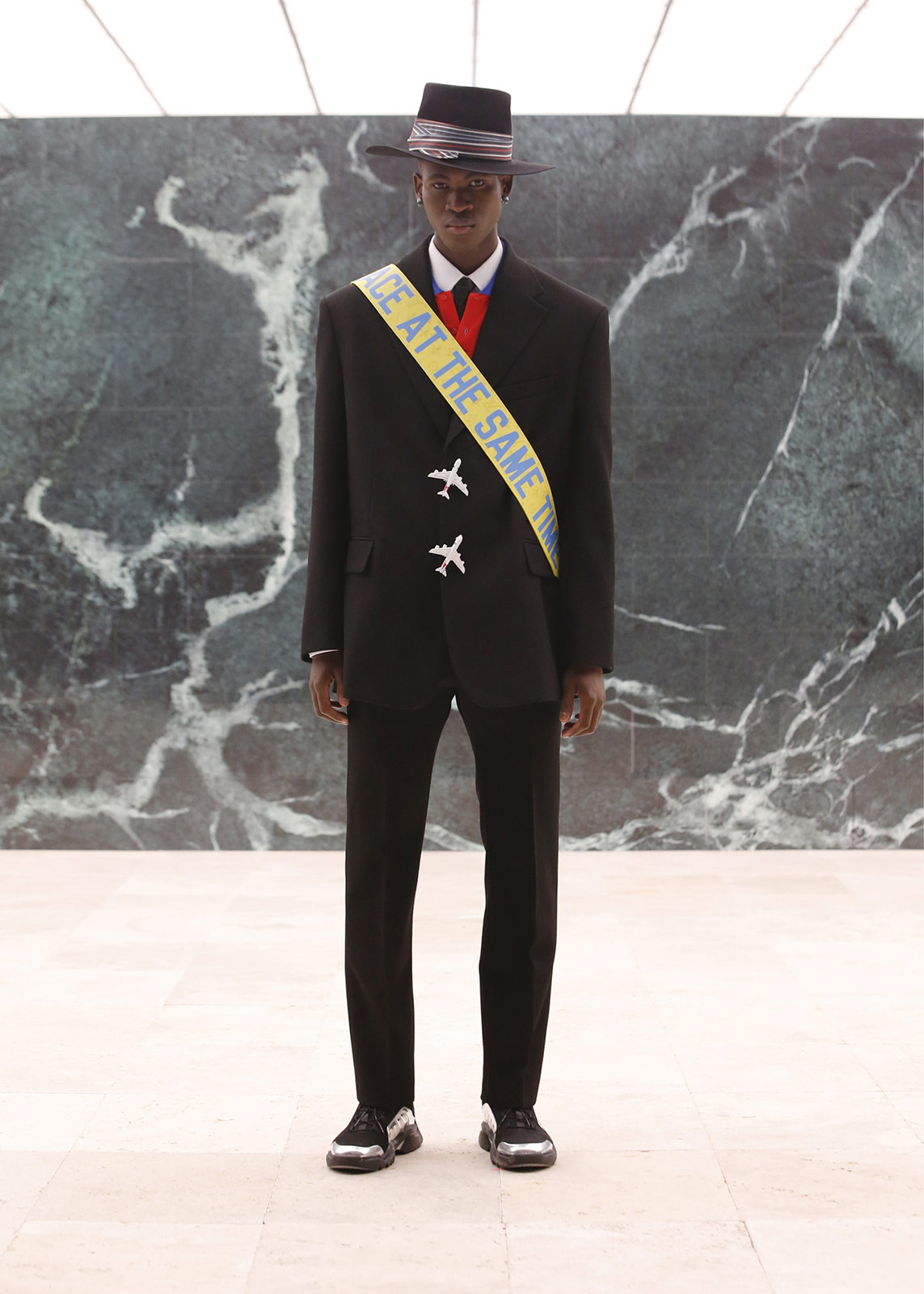 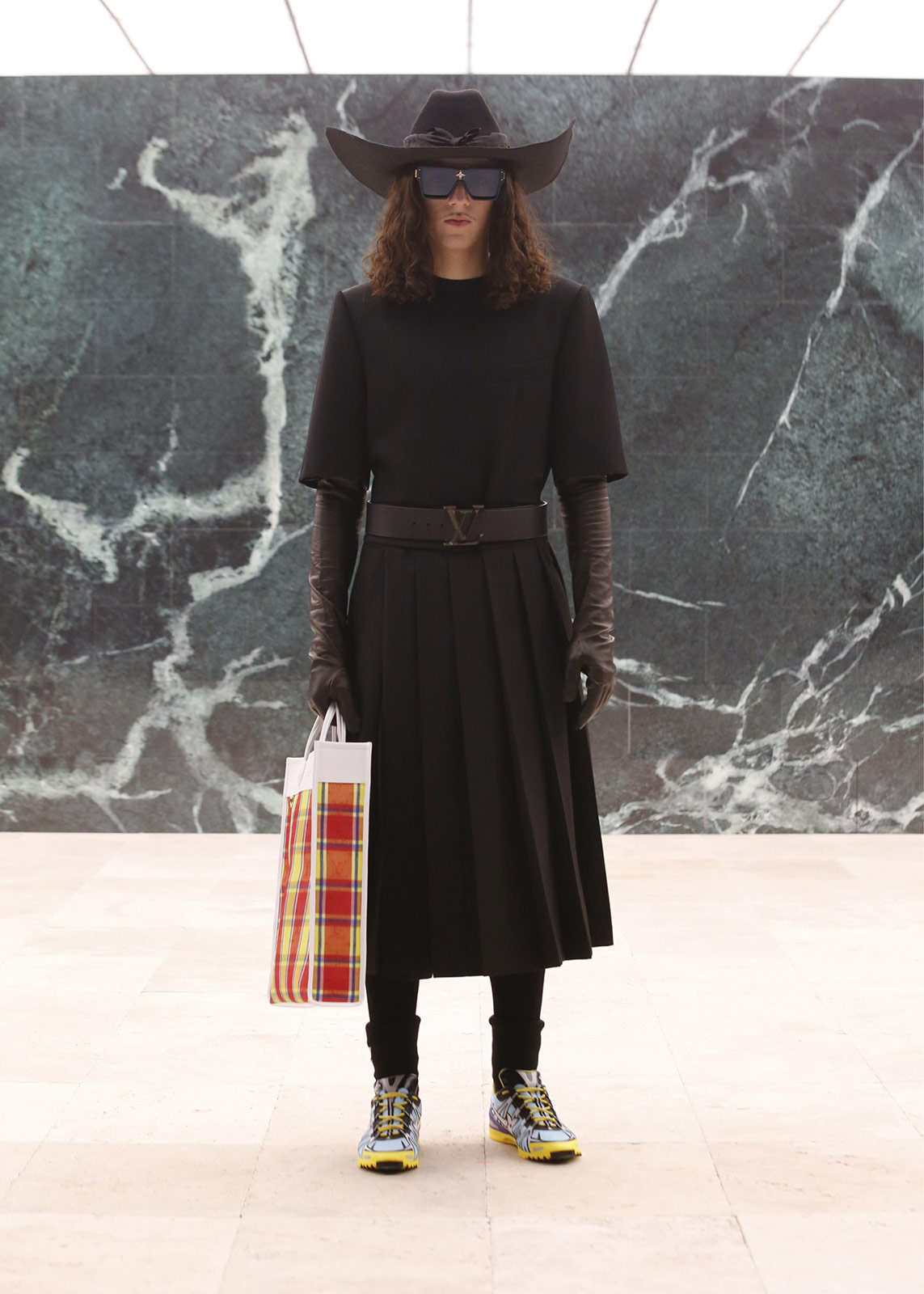 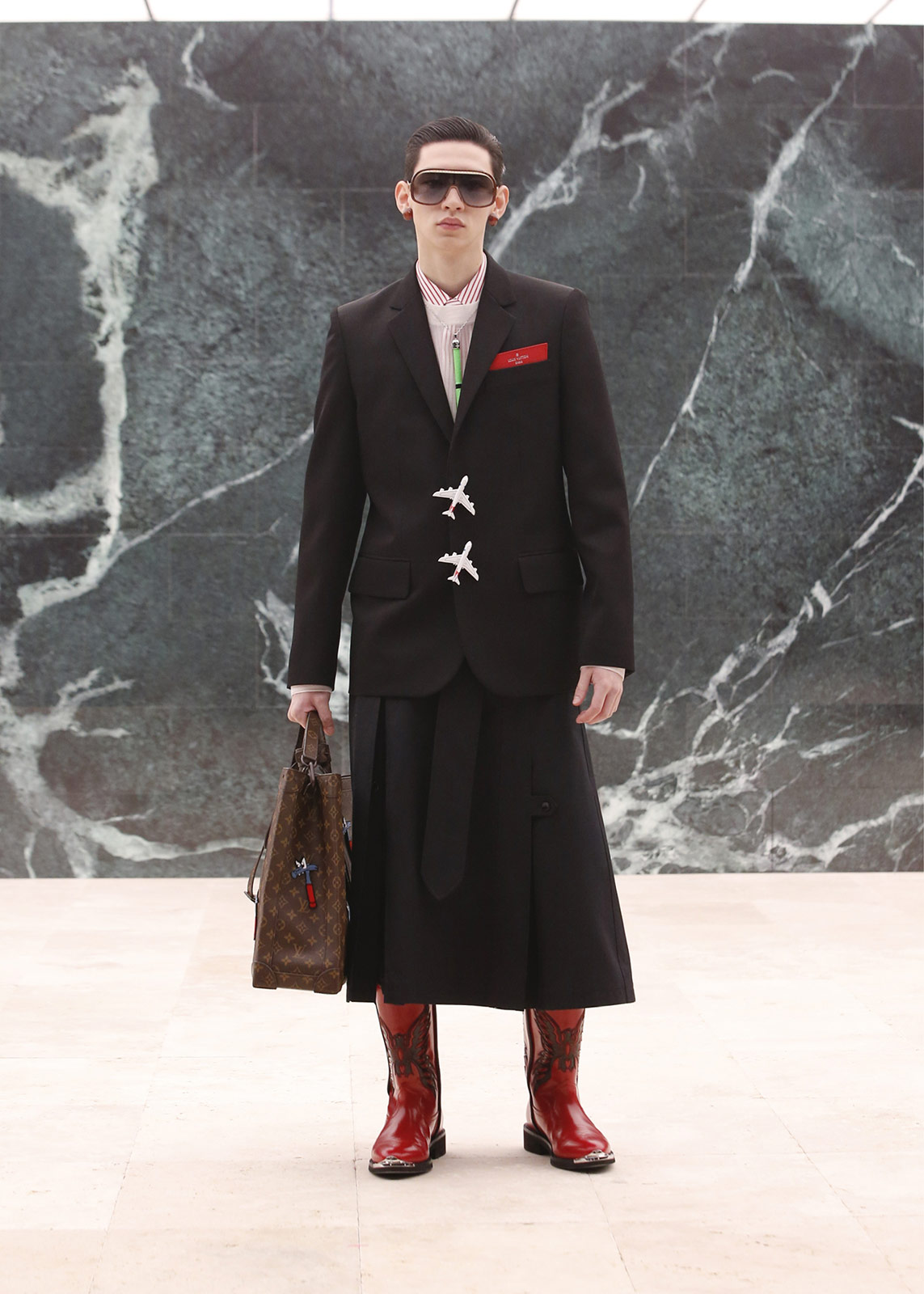 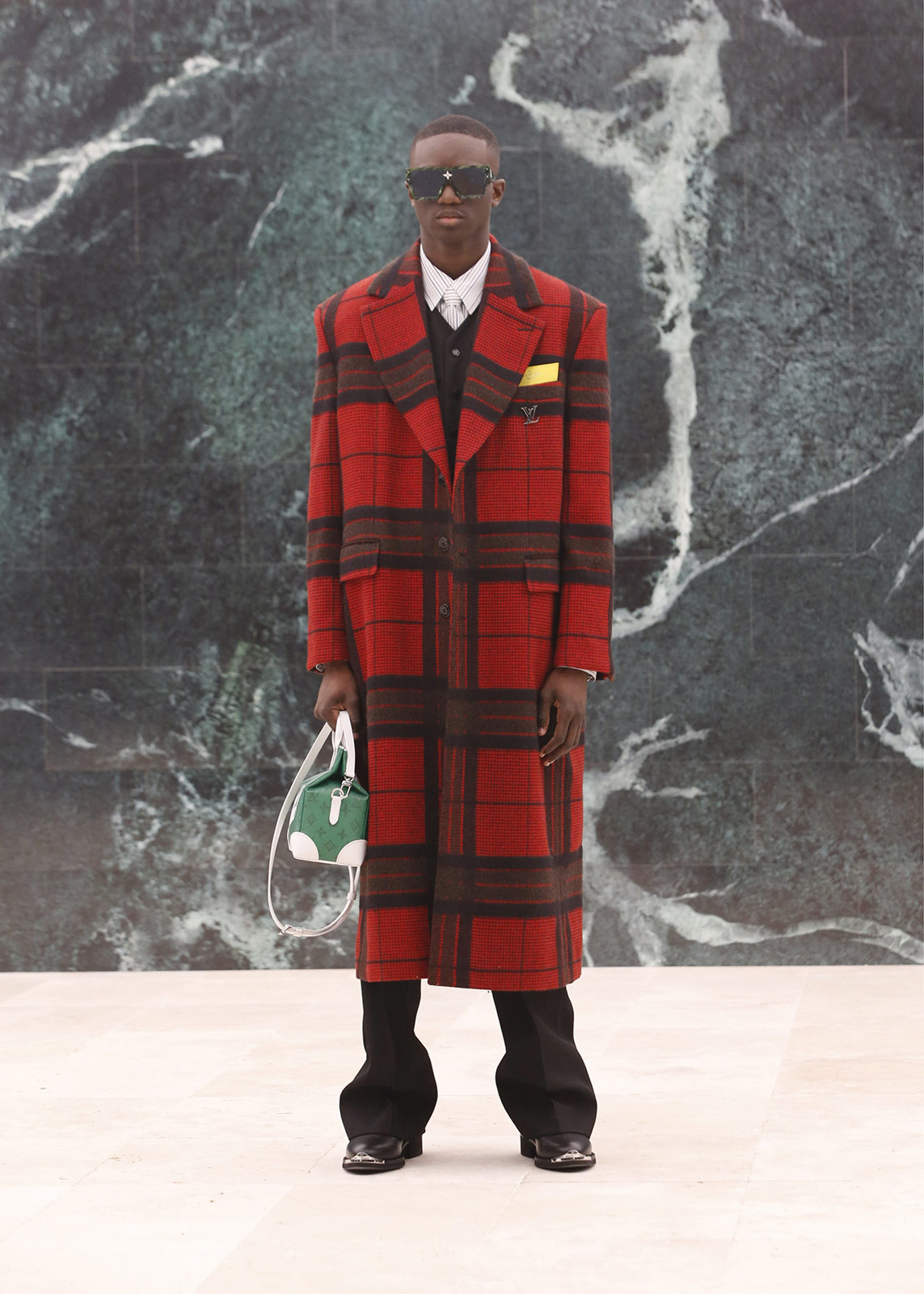 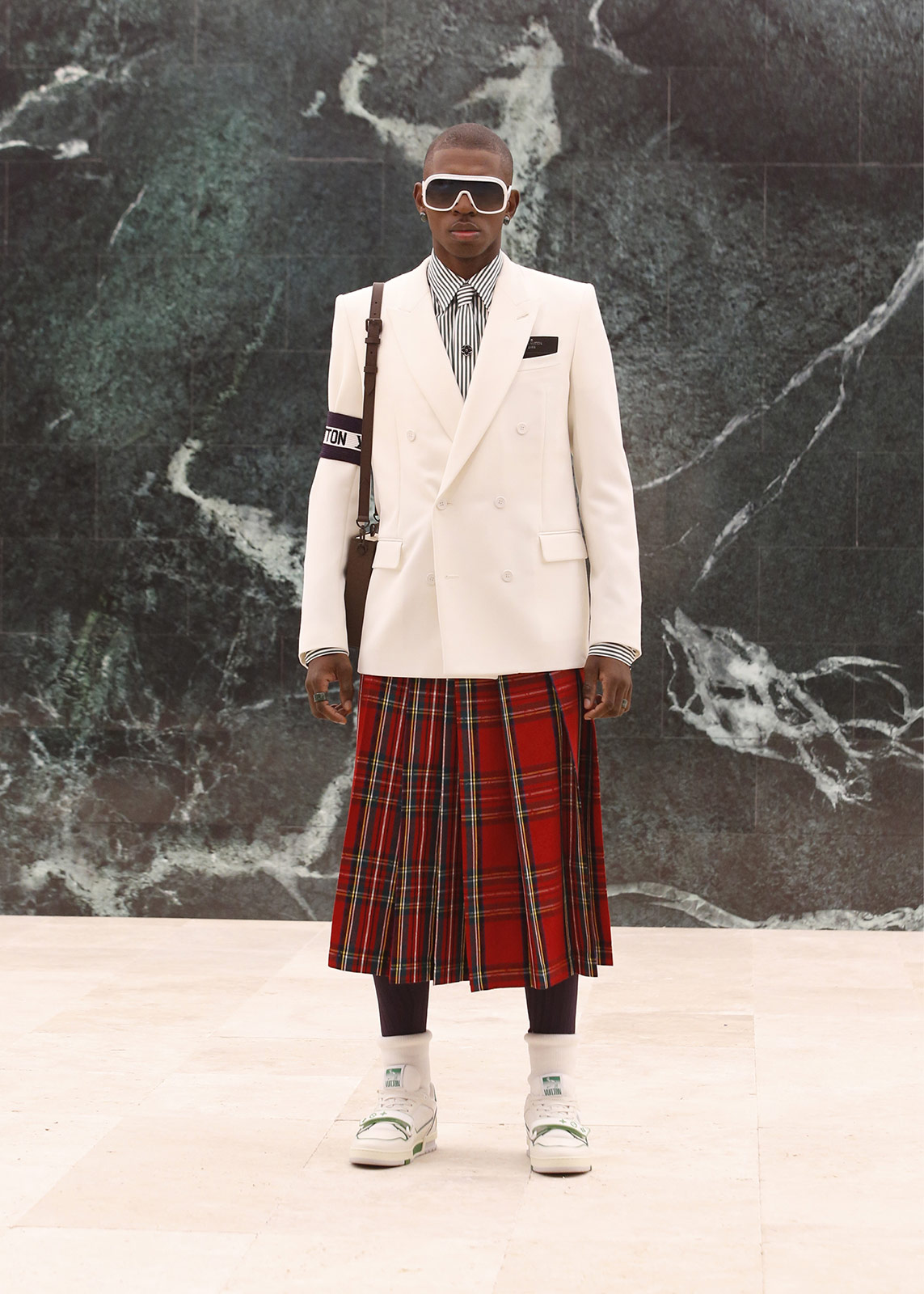 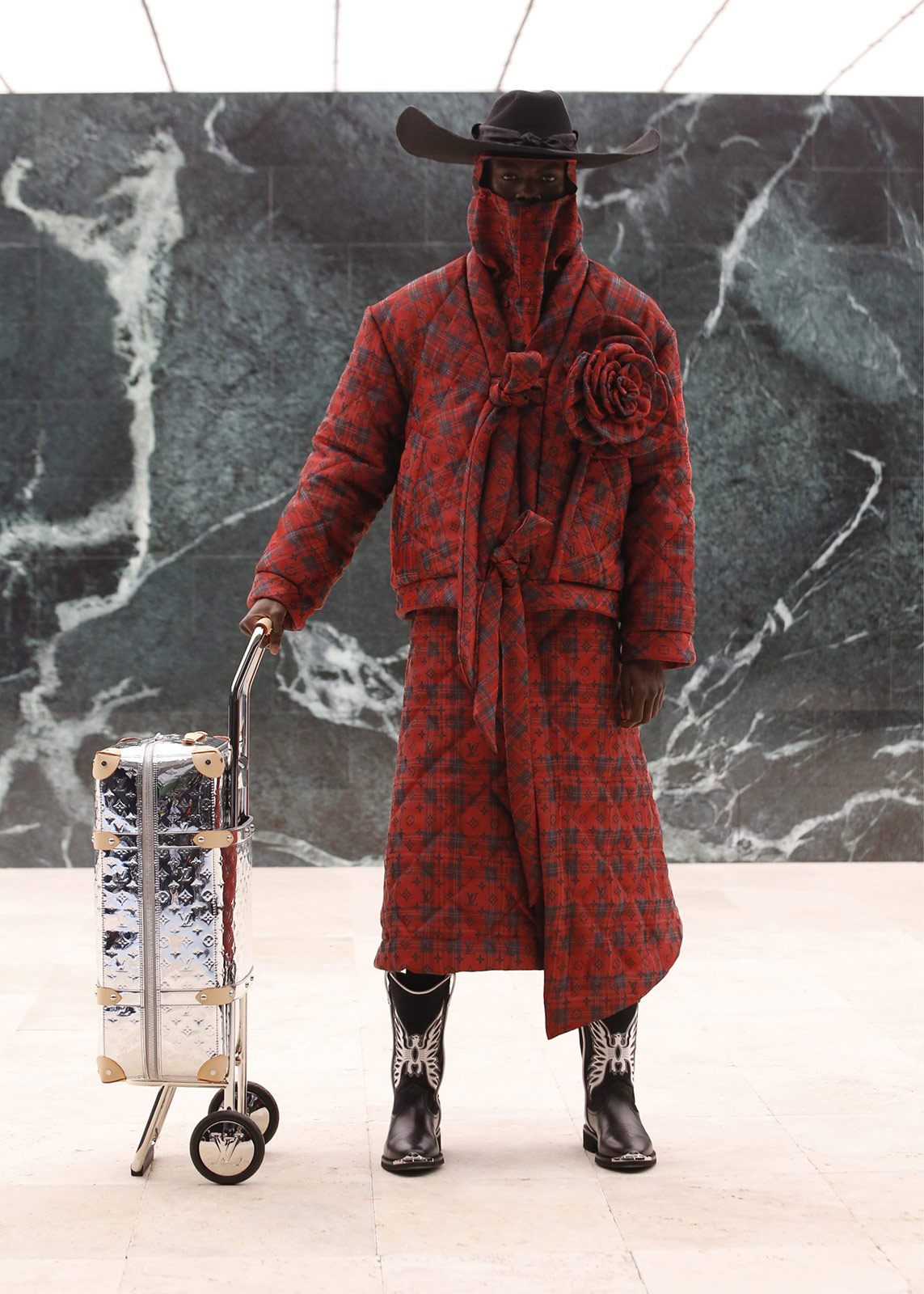 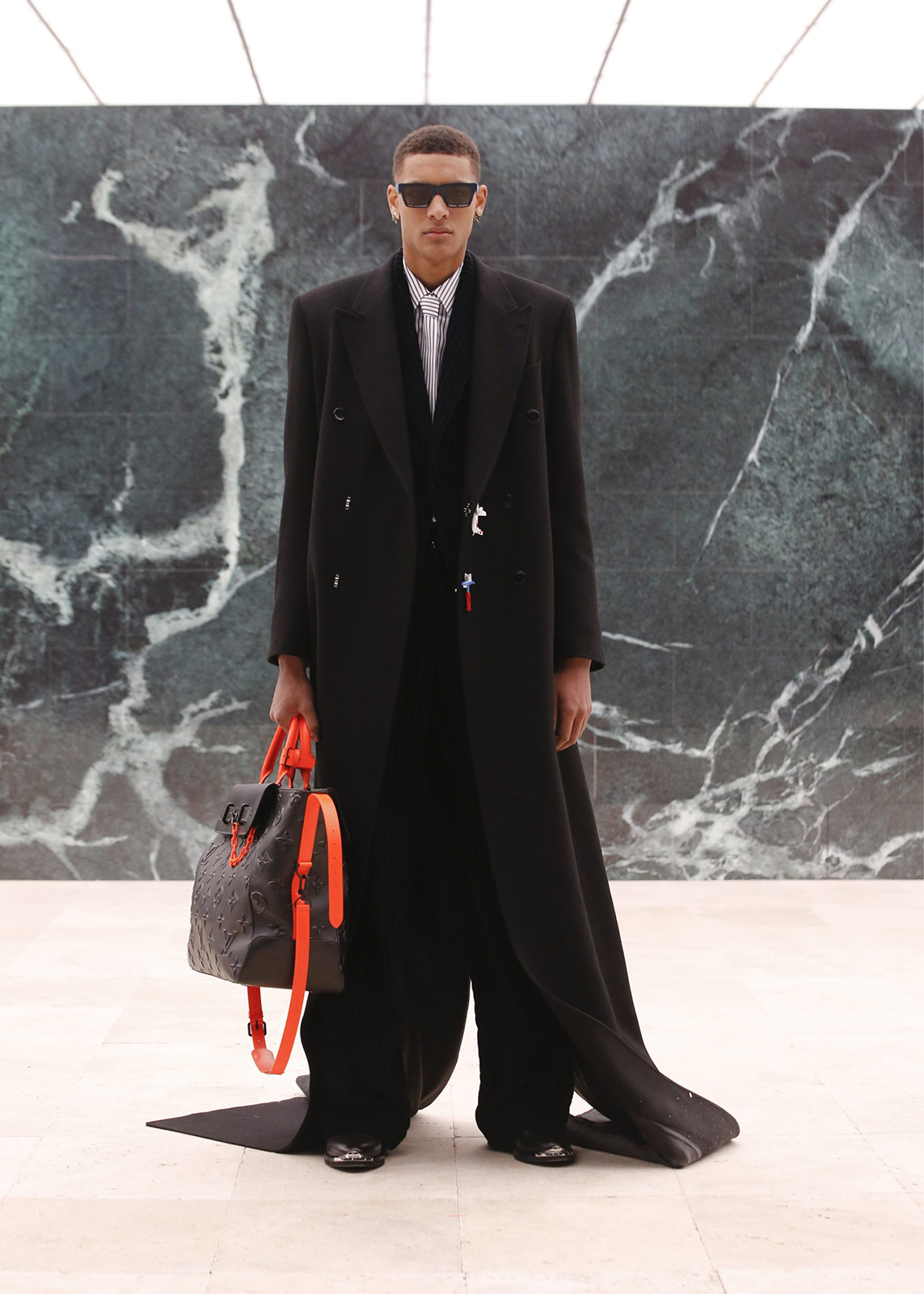 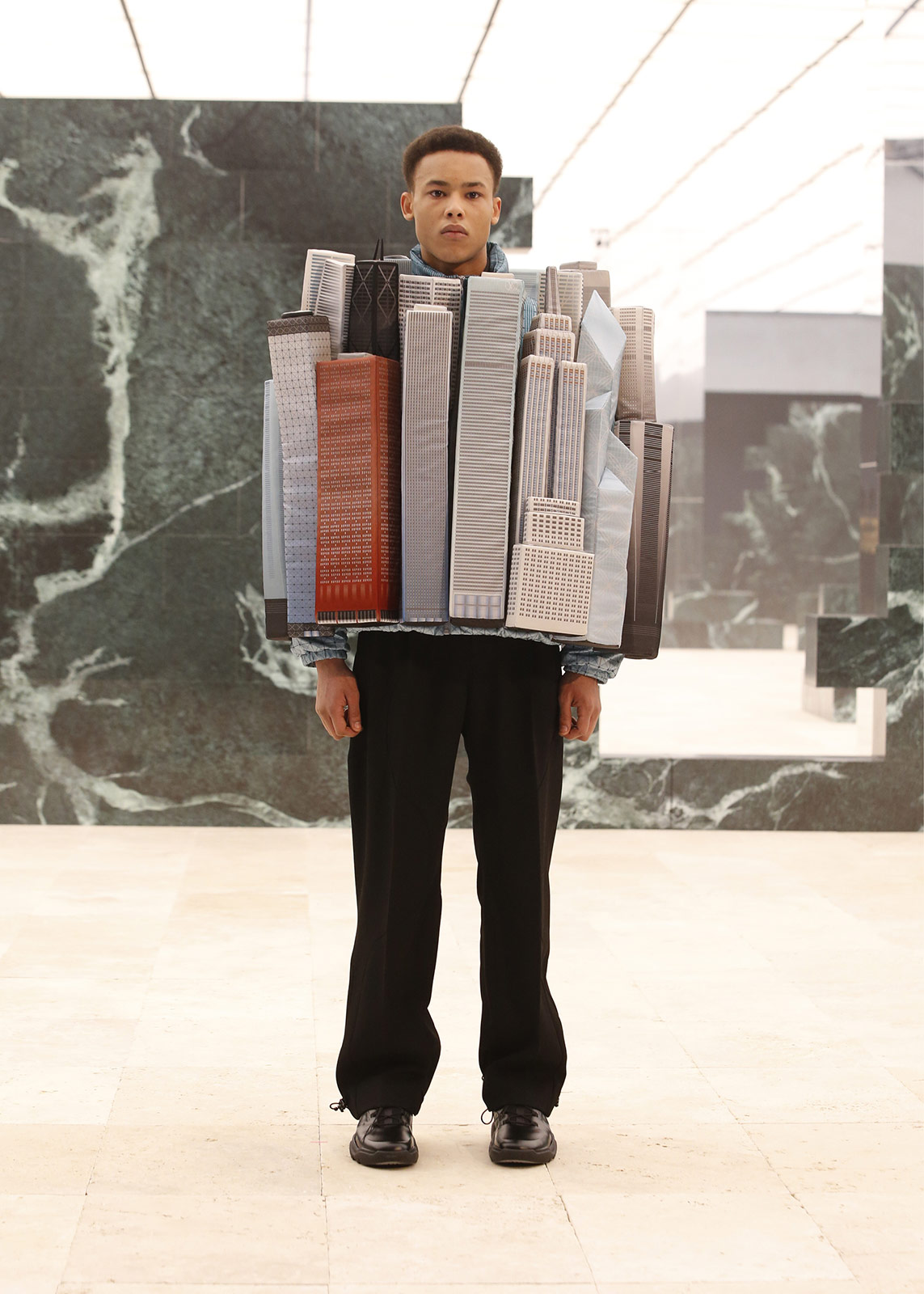 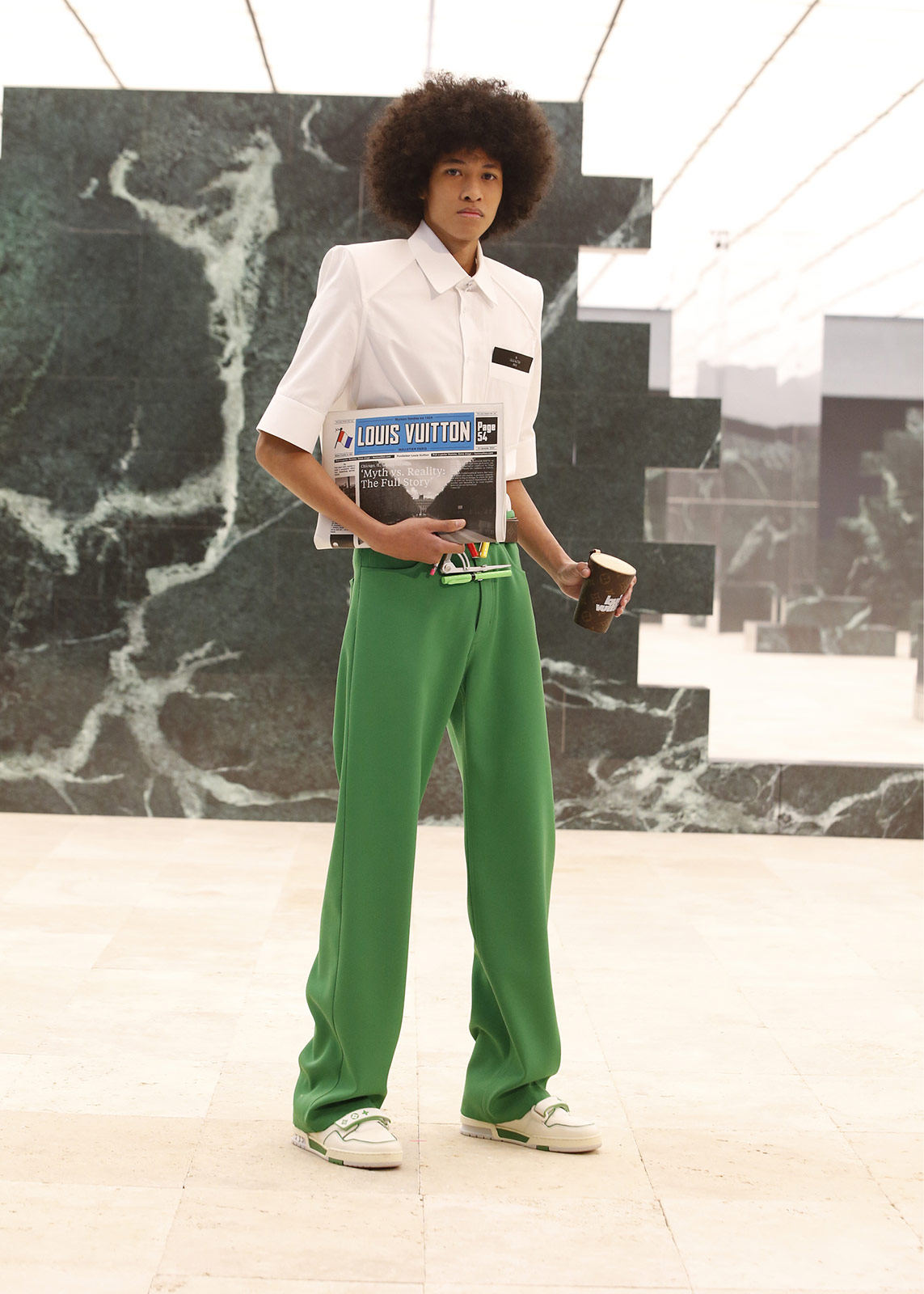 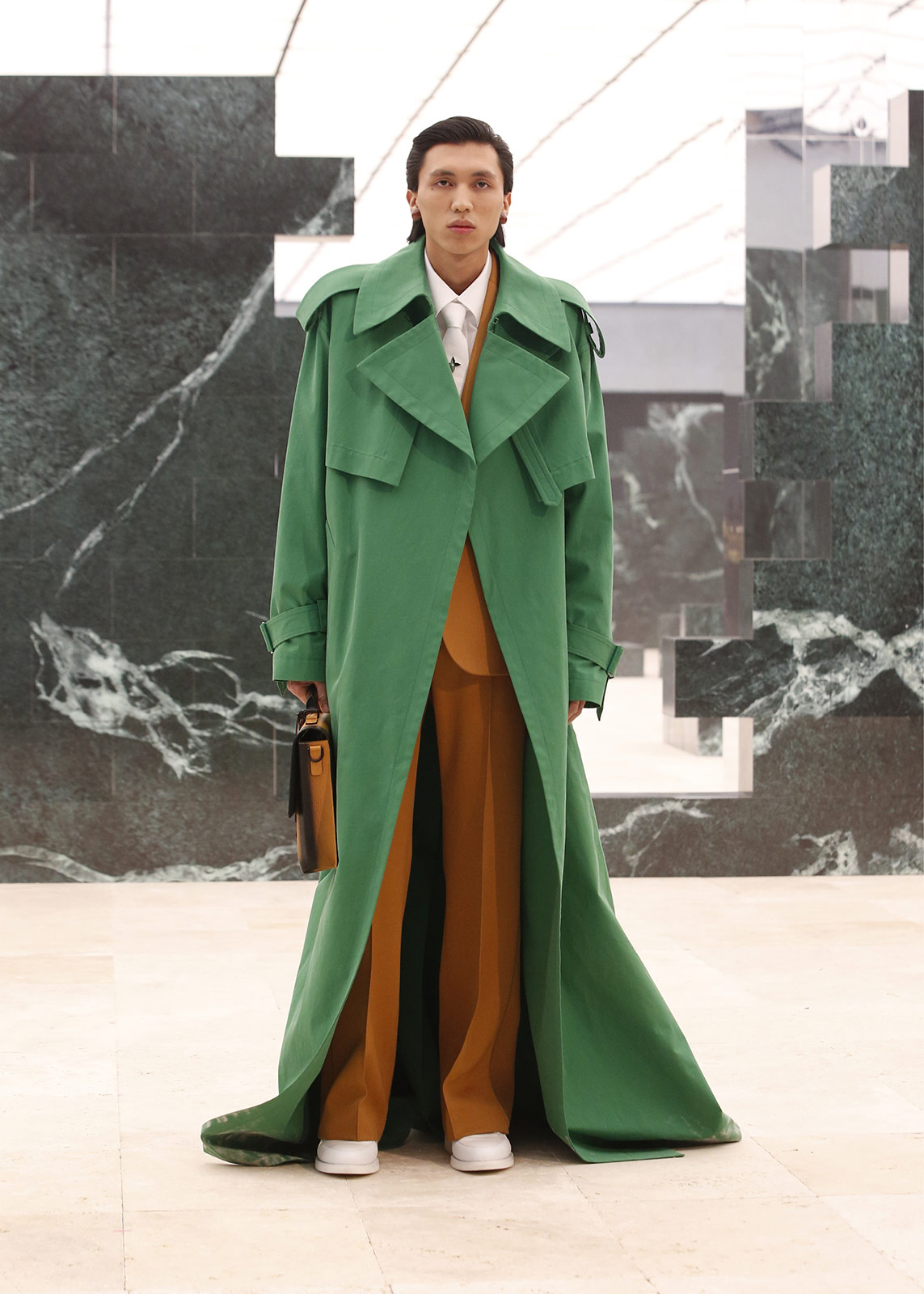 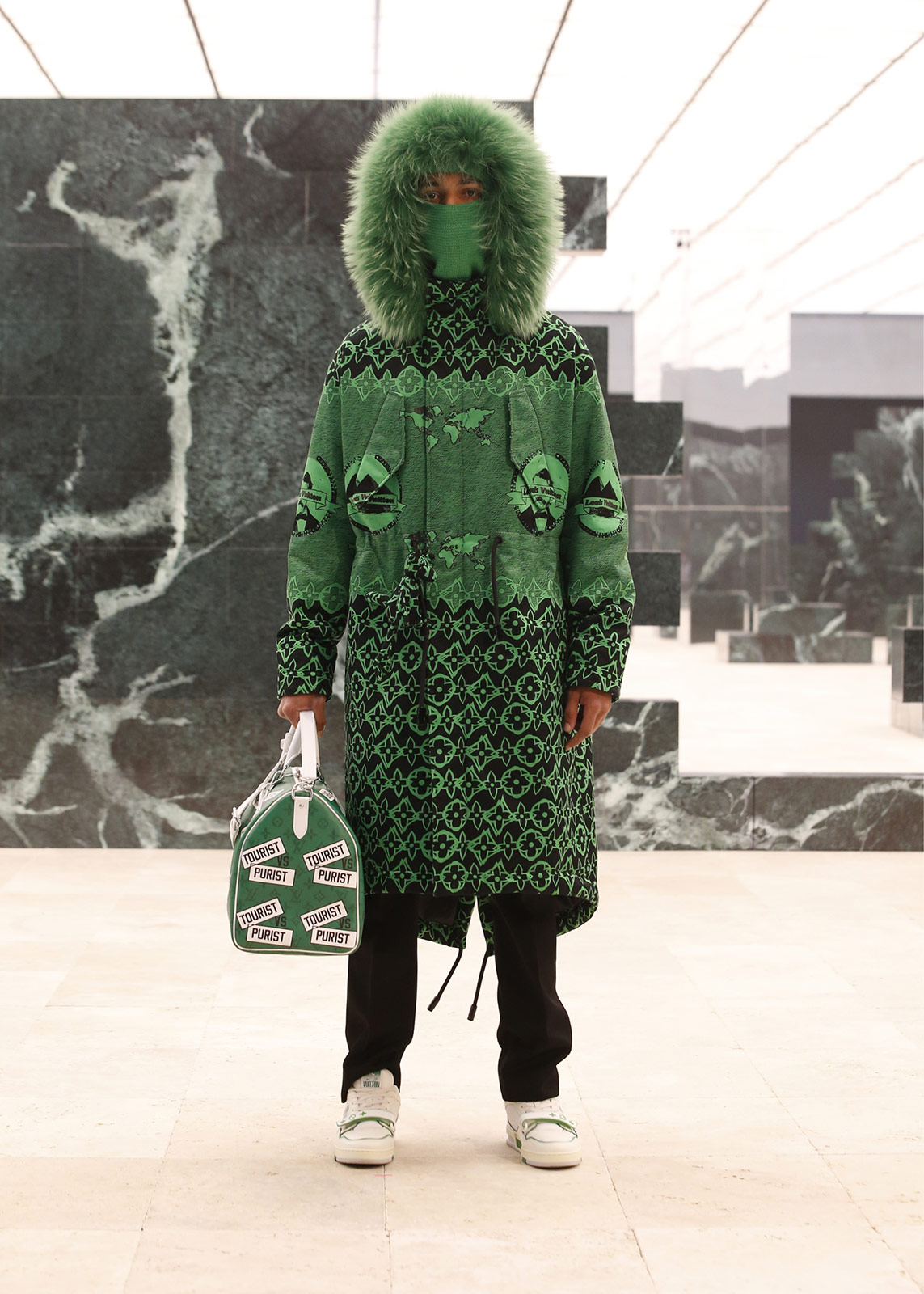 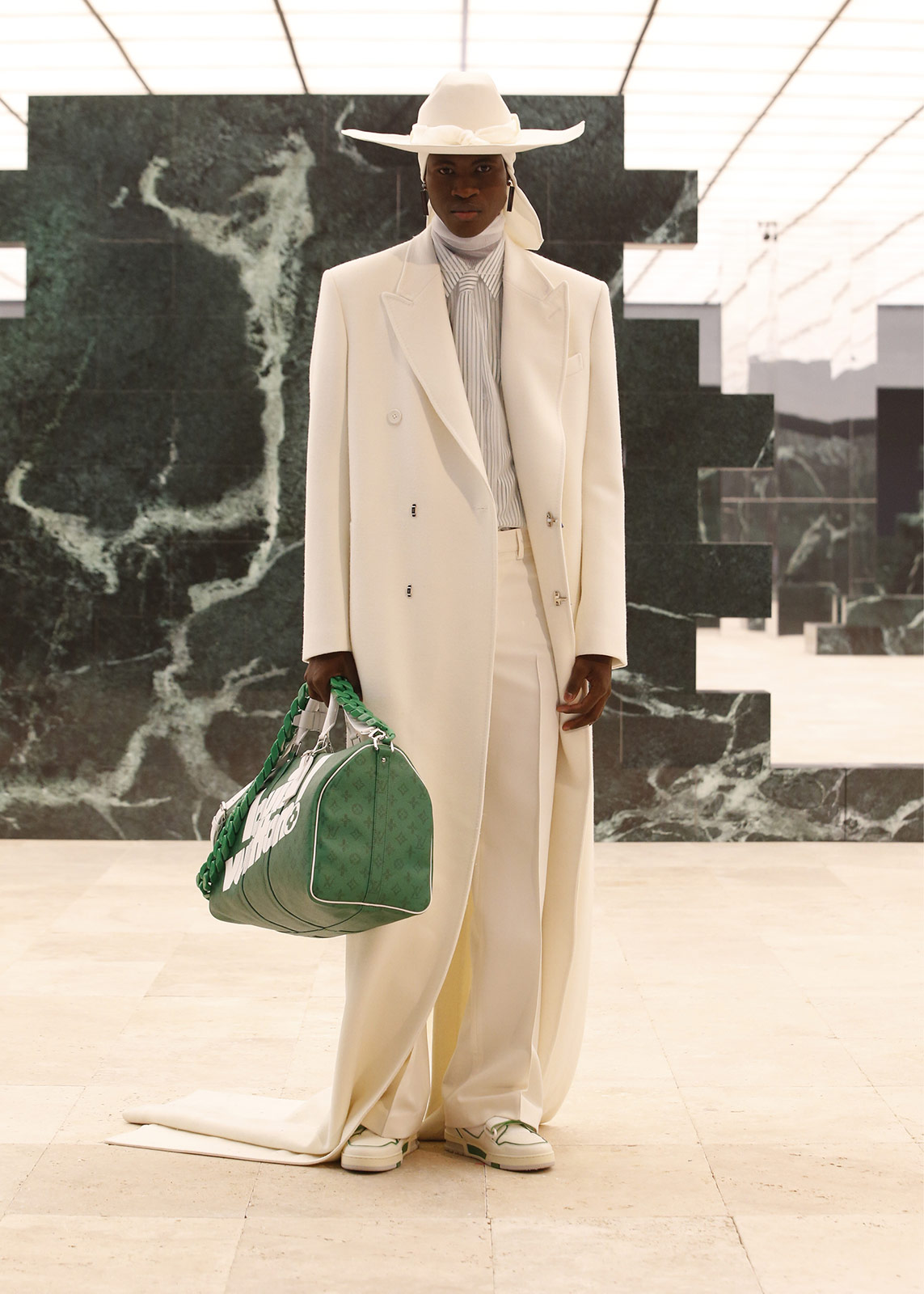 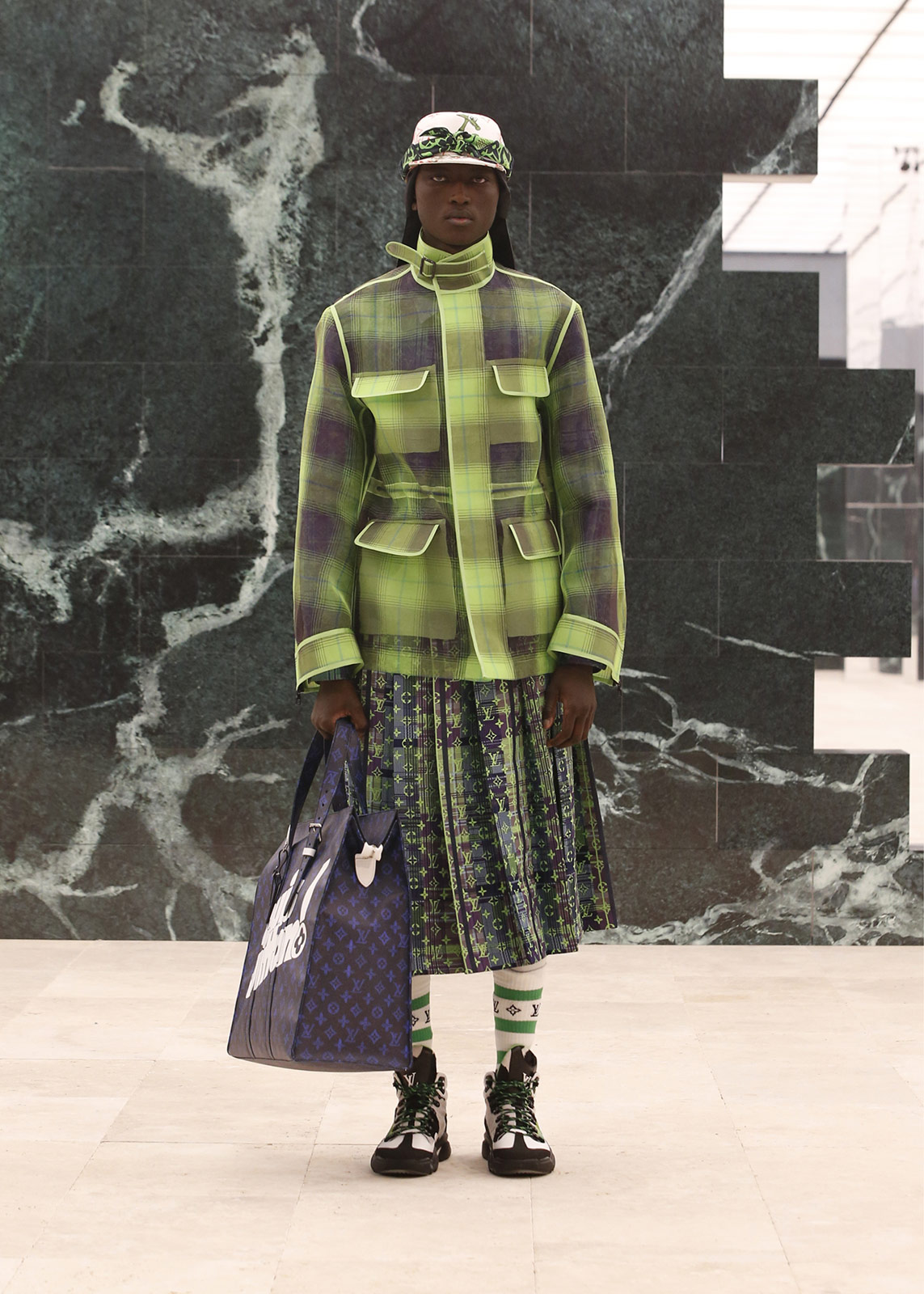 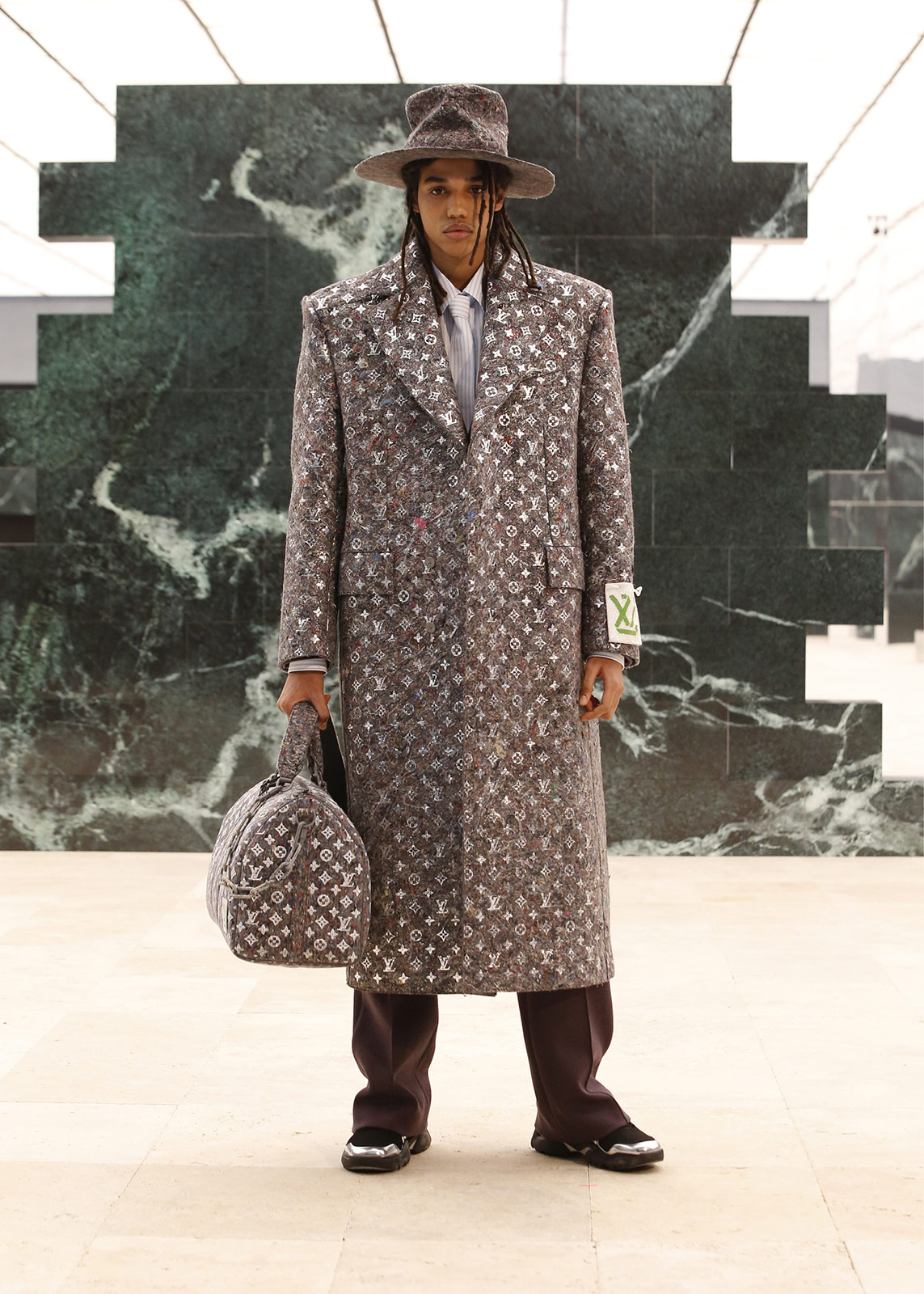 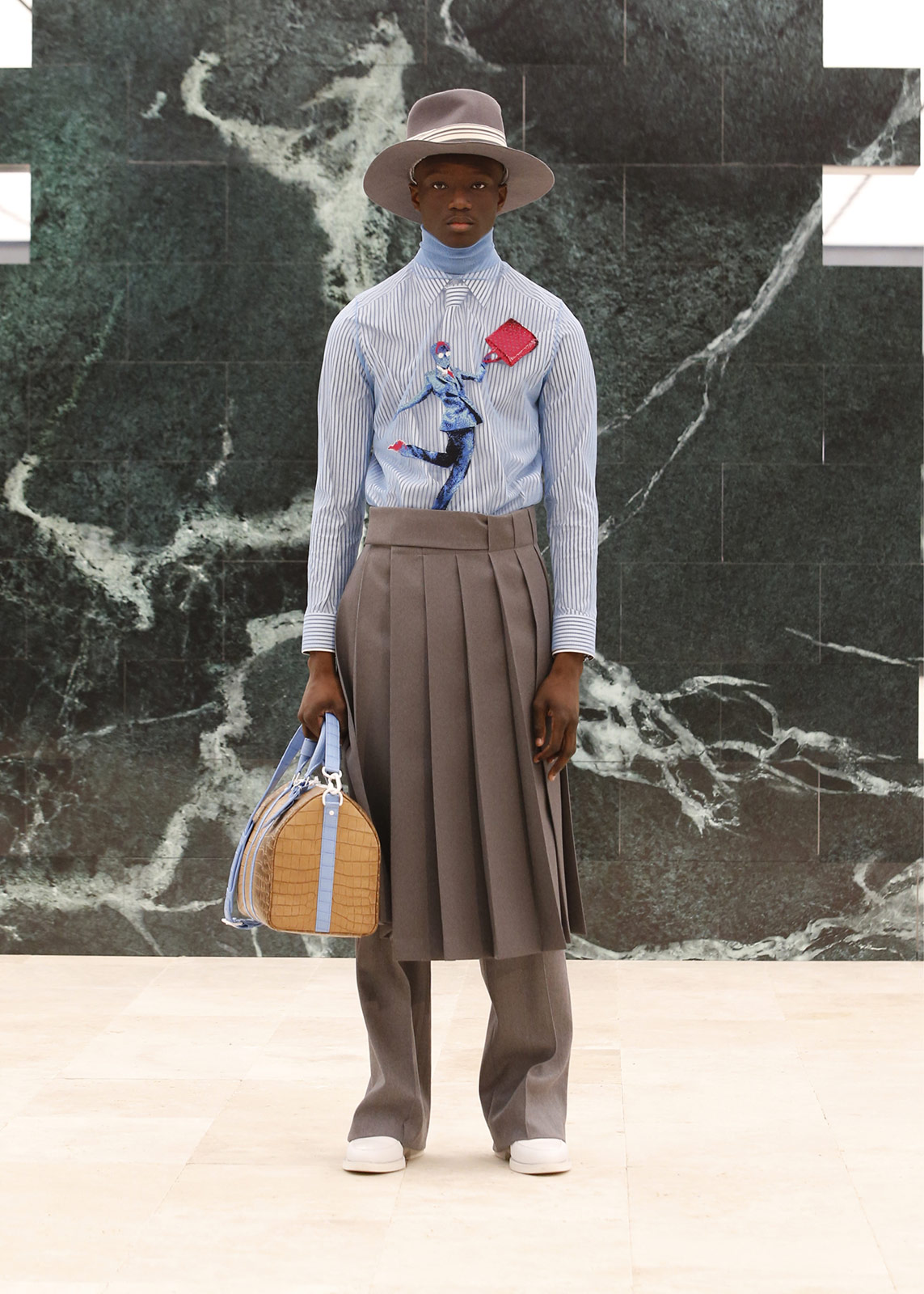 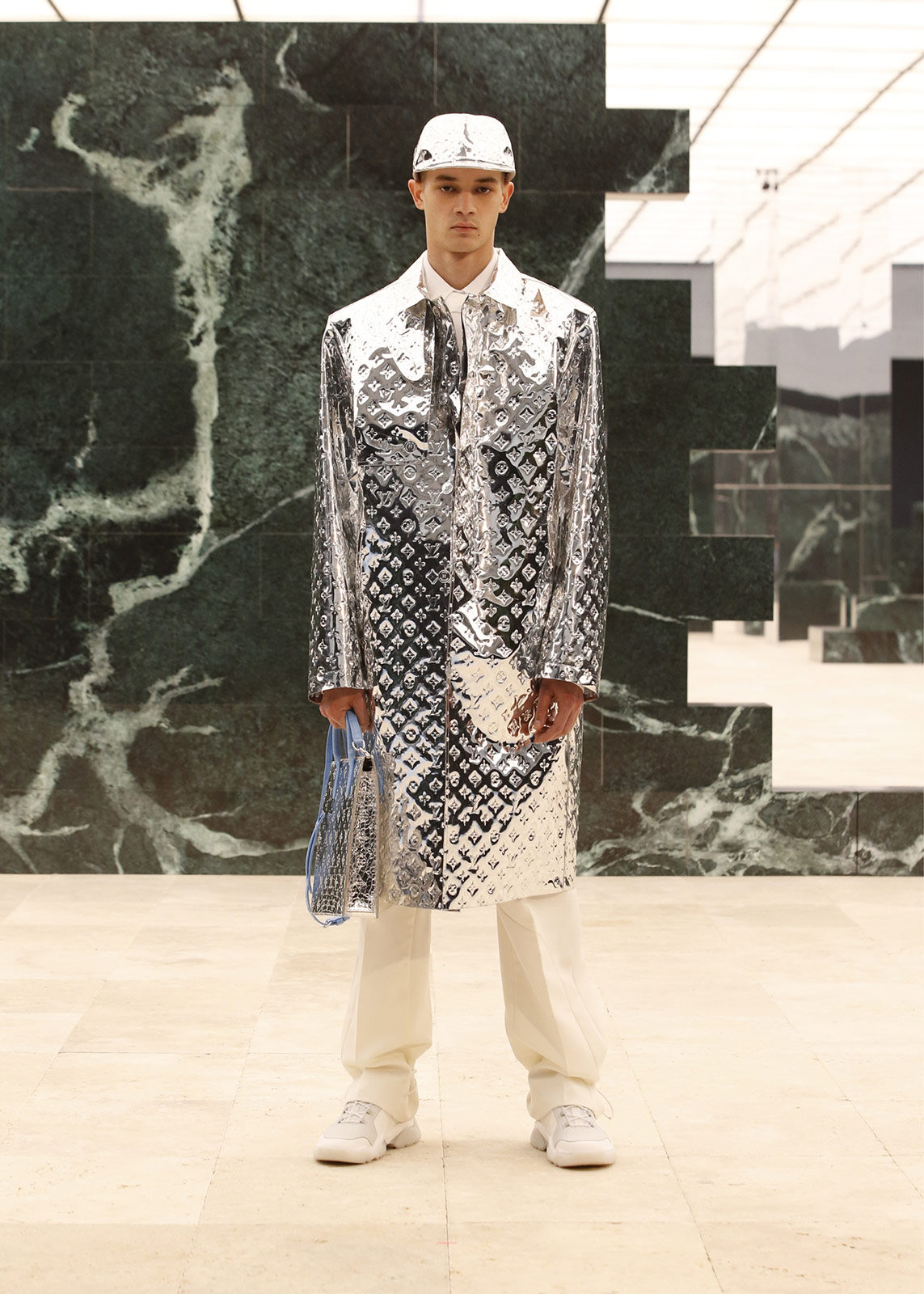 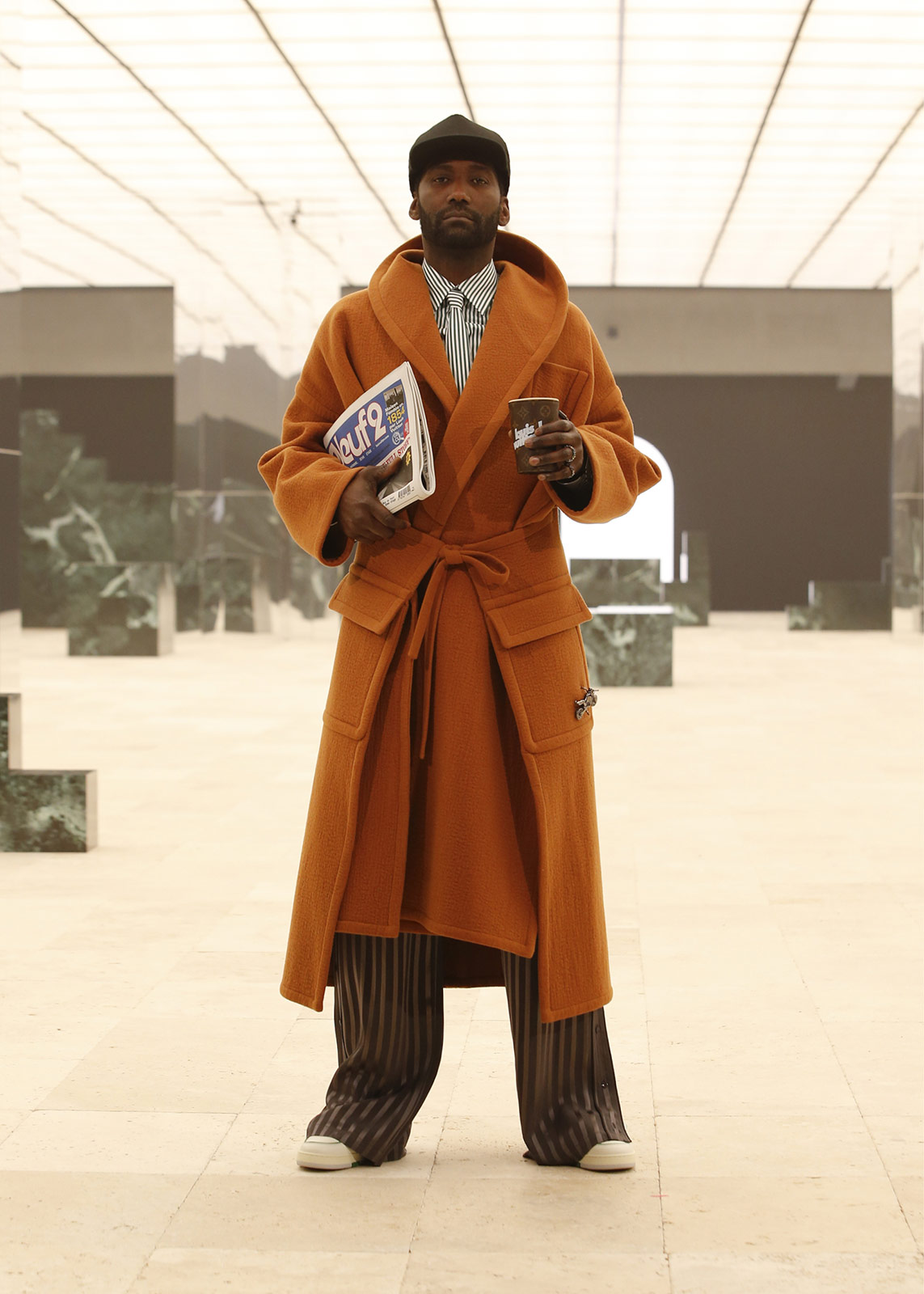 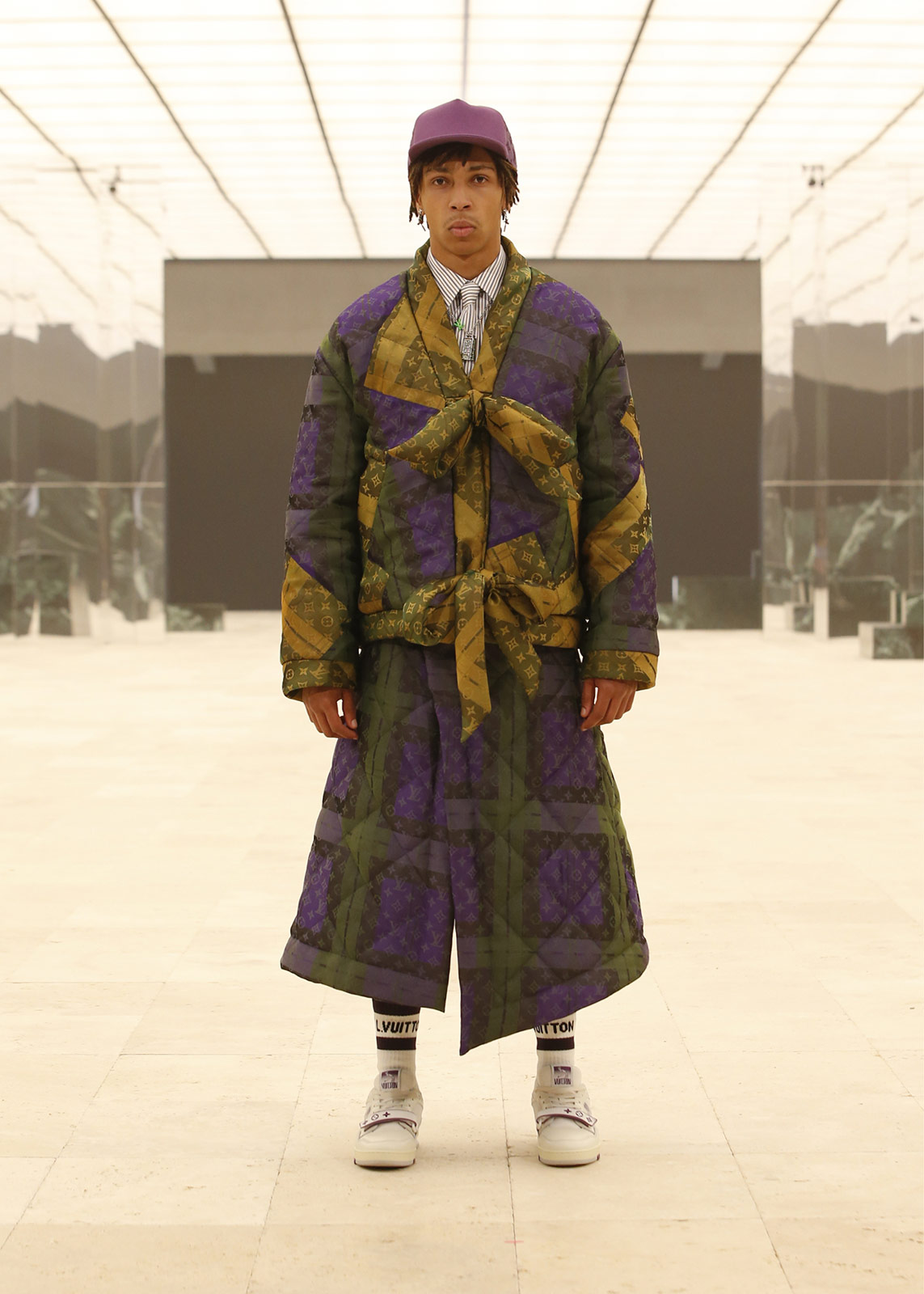 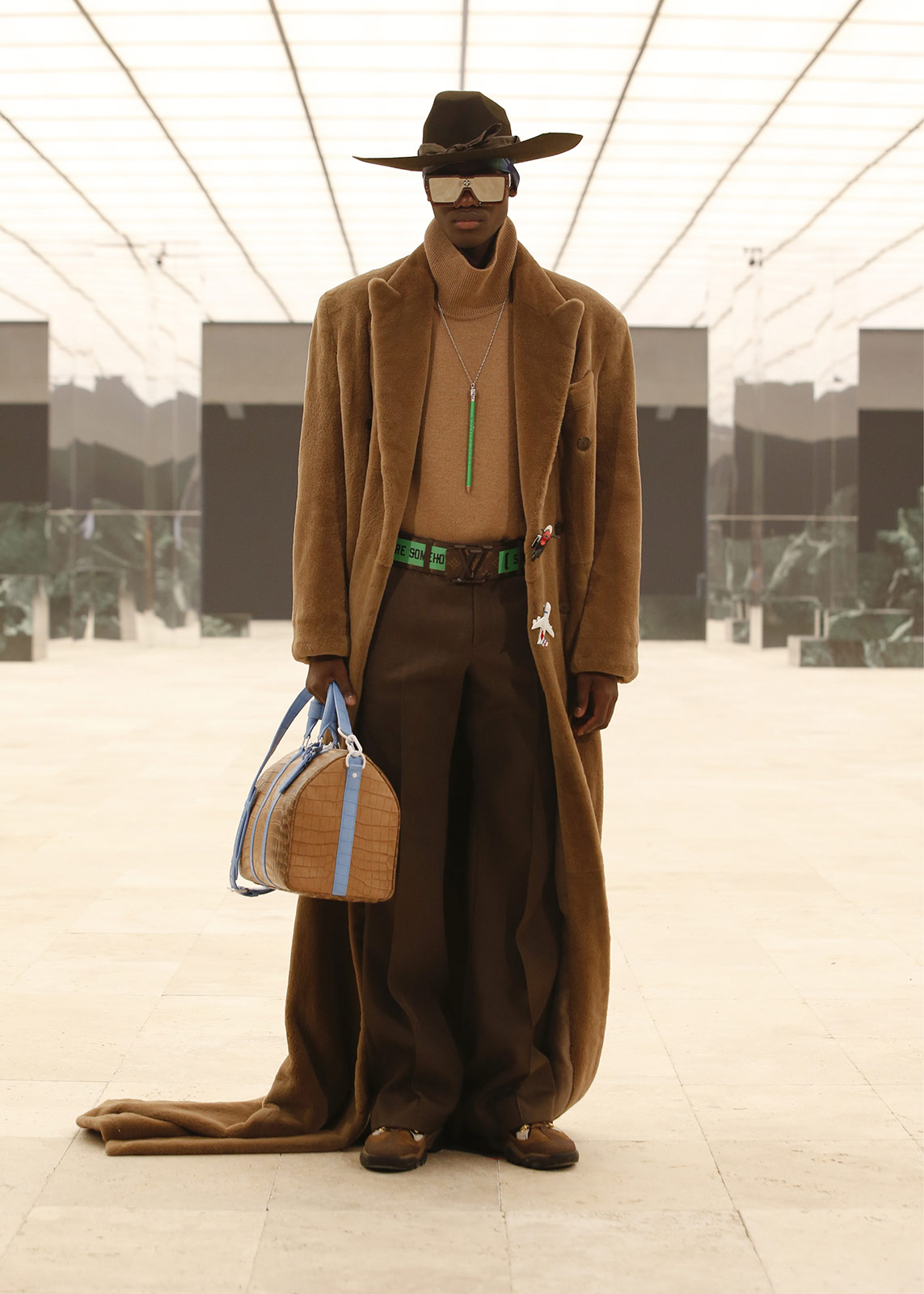 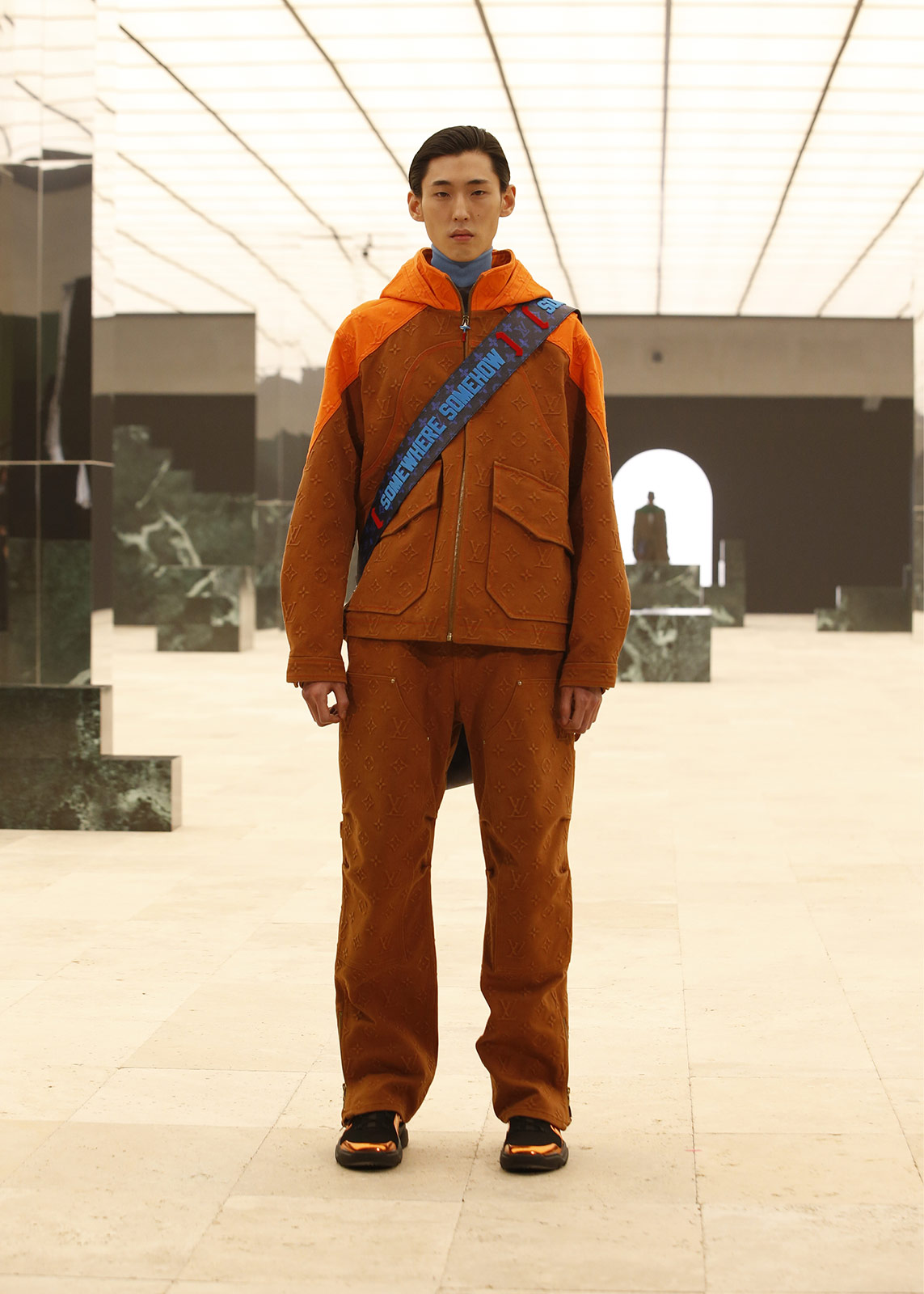 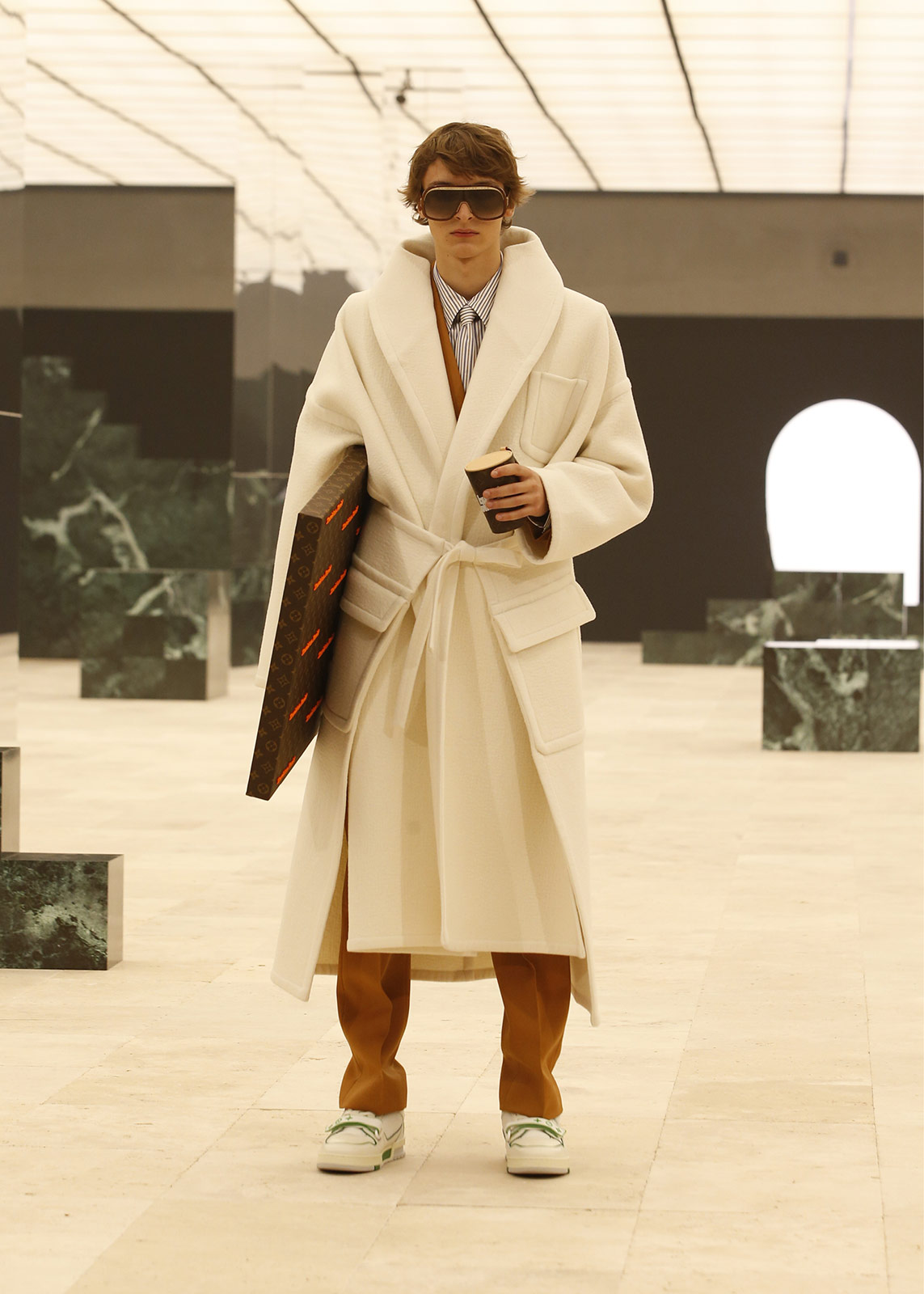 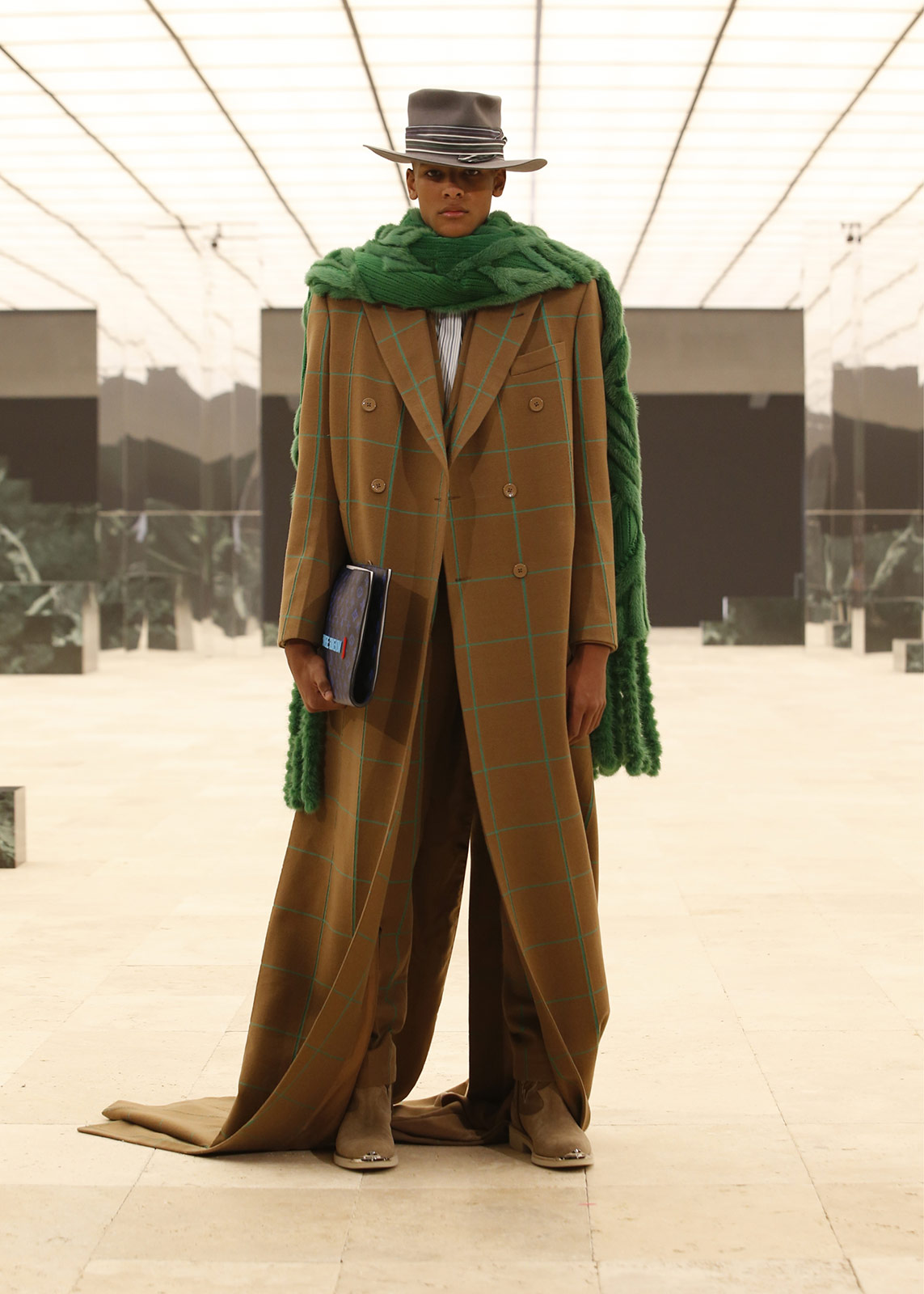 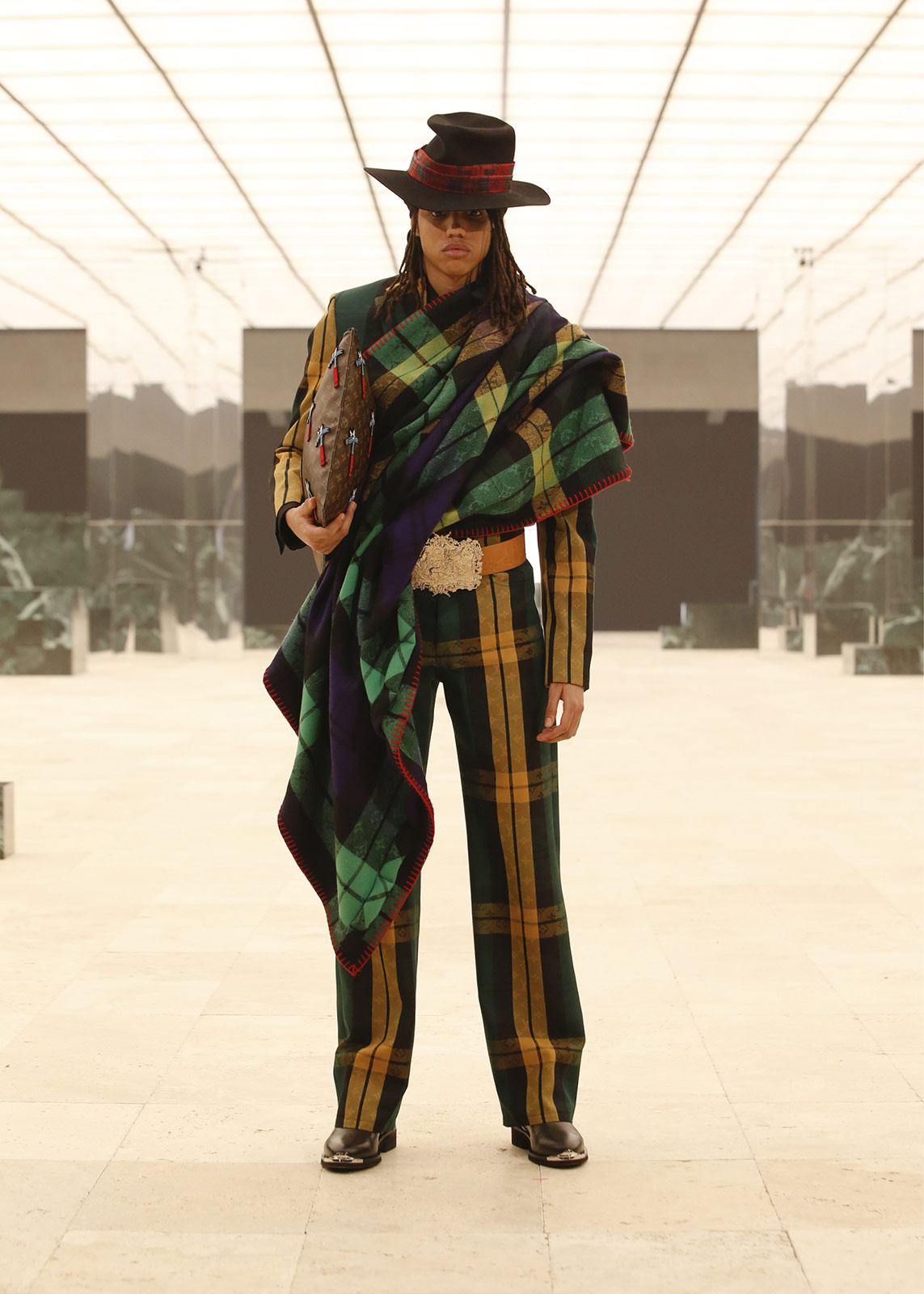 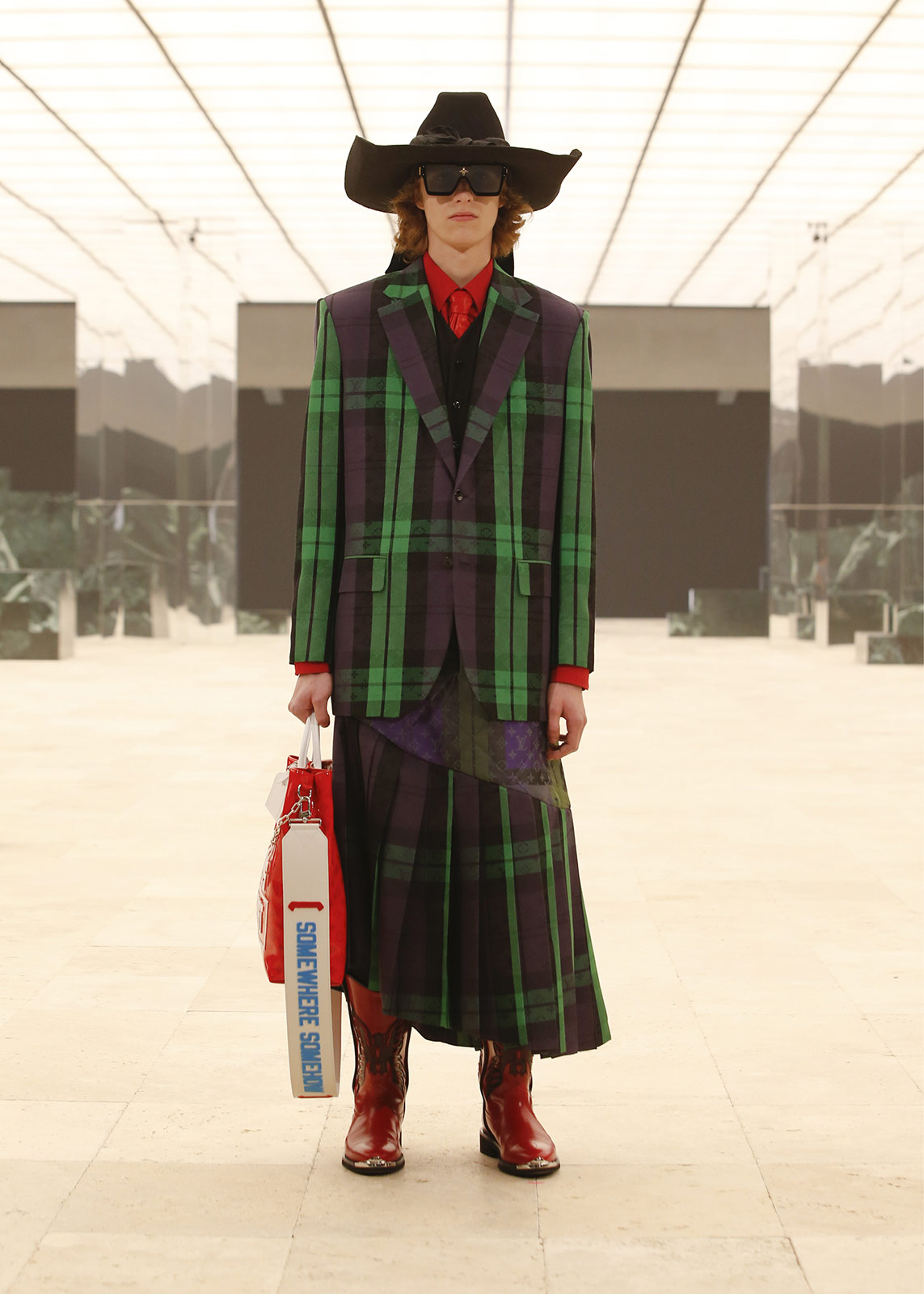 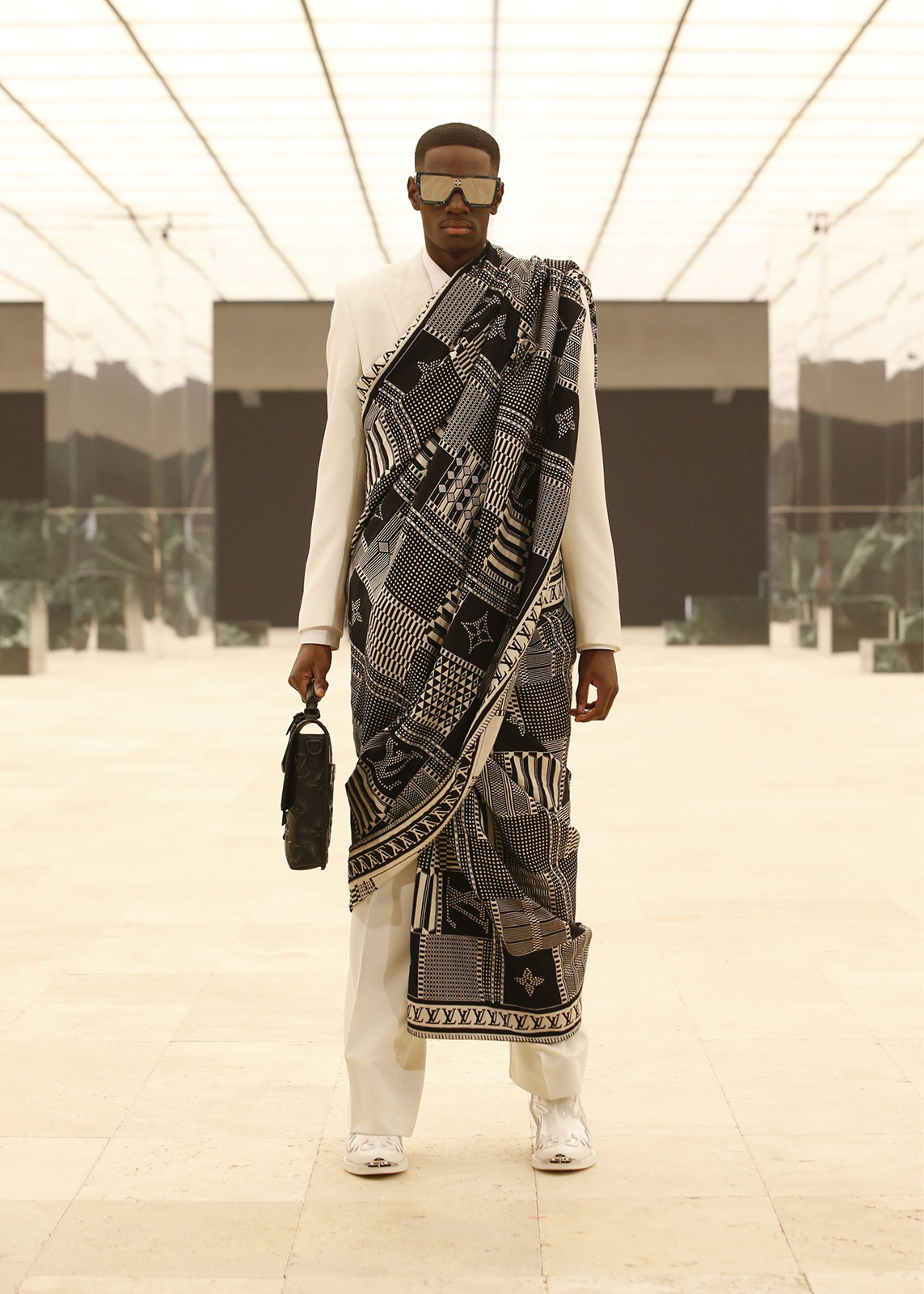 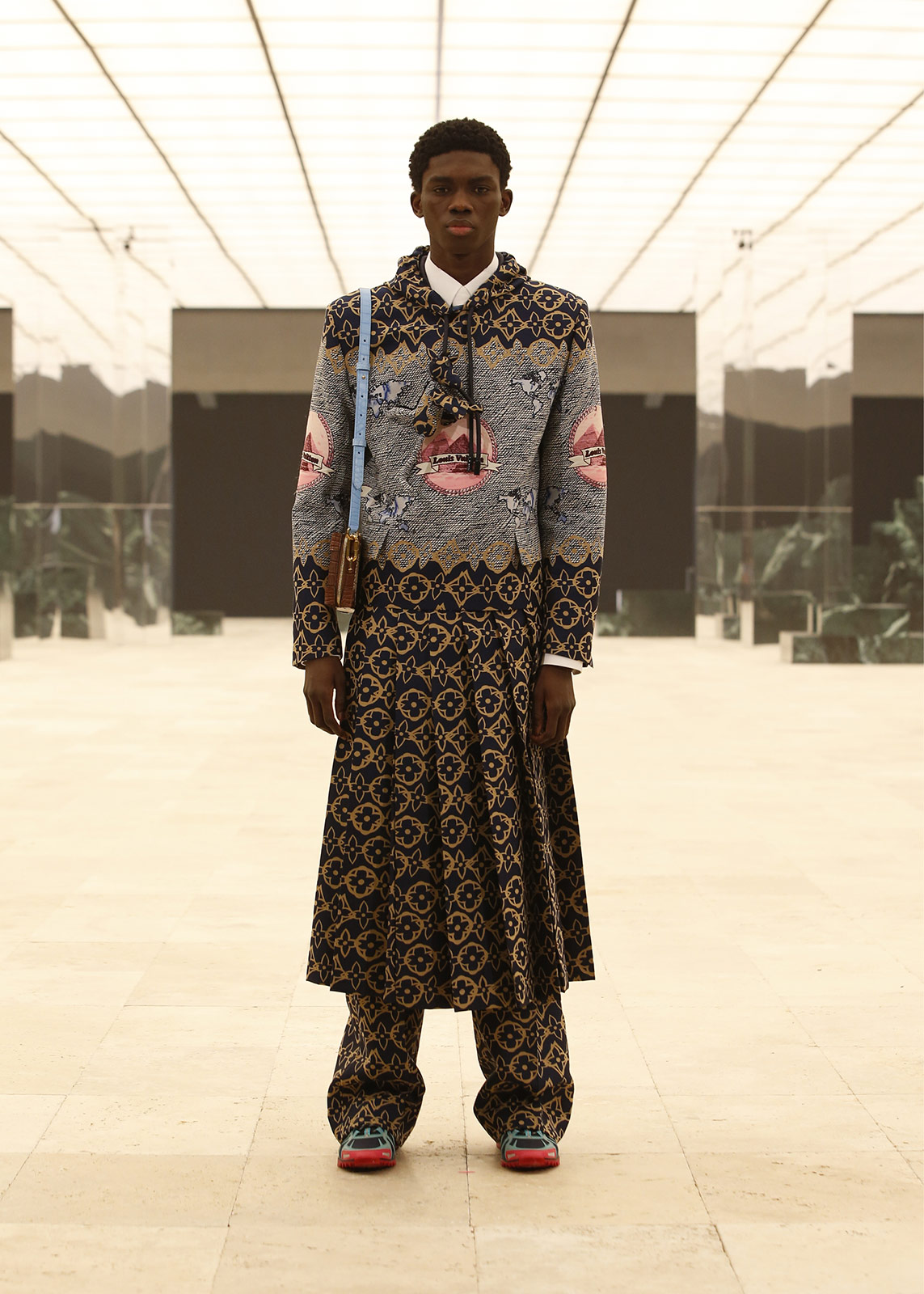