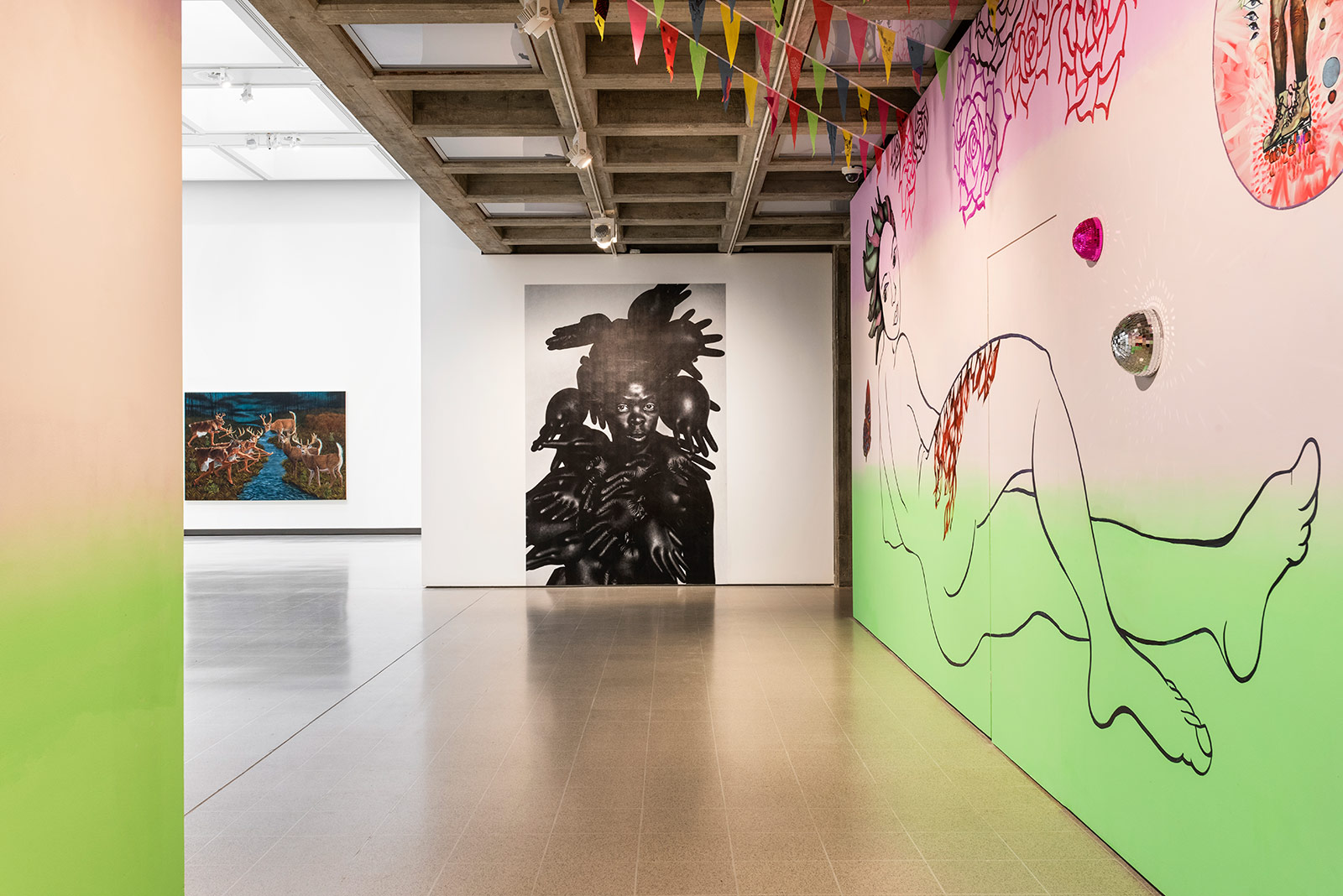 Southbank Centre’s Hayward Gallery (London) colourfully celebrates the work of thirty queer, trans, non-binary and intersex artists in the glorious Kiss My Genders exhibition, open until September 8. Issues of gender identity and sexuality permeate everything, even if you do not realise it or choose to challenge it.
This exhibition brings the problem of gender to the forefront and exposes its entrenched performative qualities through a multitude of different media and voices from all over the world. Although increasingly progressive in some parts of the globe, attitudes toward gender and sexuality in society have always been way behind art, which has been developing form as early as ancient Greece.

Kiss My Genders incorporates both the old and the new alike. The earliest artist on display is French Surrealist painter and photographer Pierre Molinier, who began his career in 1900. His monochrome photographs and photomontages approach queer fetishism as “the most profound moments of life”. The combination of pain and pleasure in his images reflected these two elements in his own life as a gay transsexual in the early 20th century. Being who he really was was a pleasure, but due to this, he was subsequently inflicted with a tantamount of pain by a society that refused to accept him. 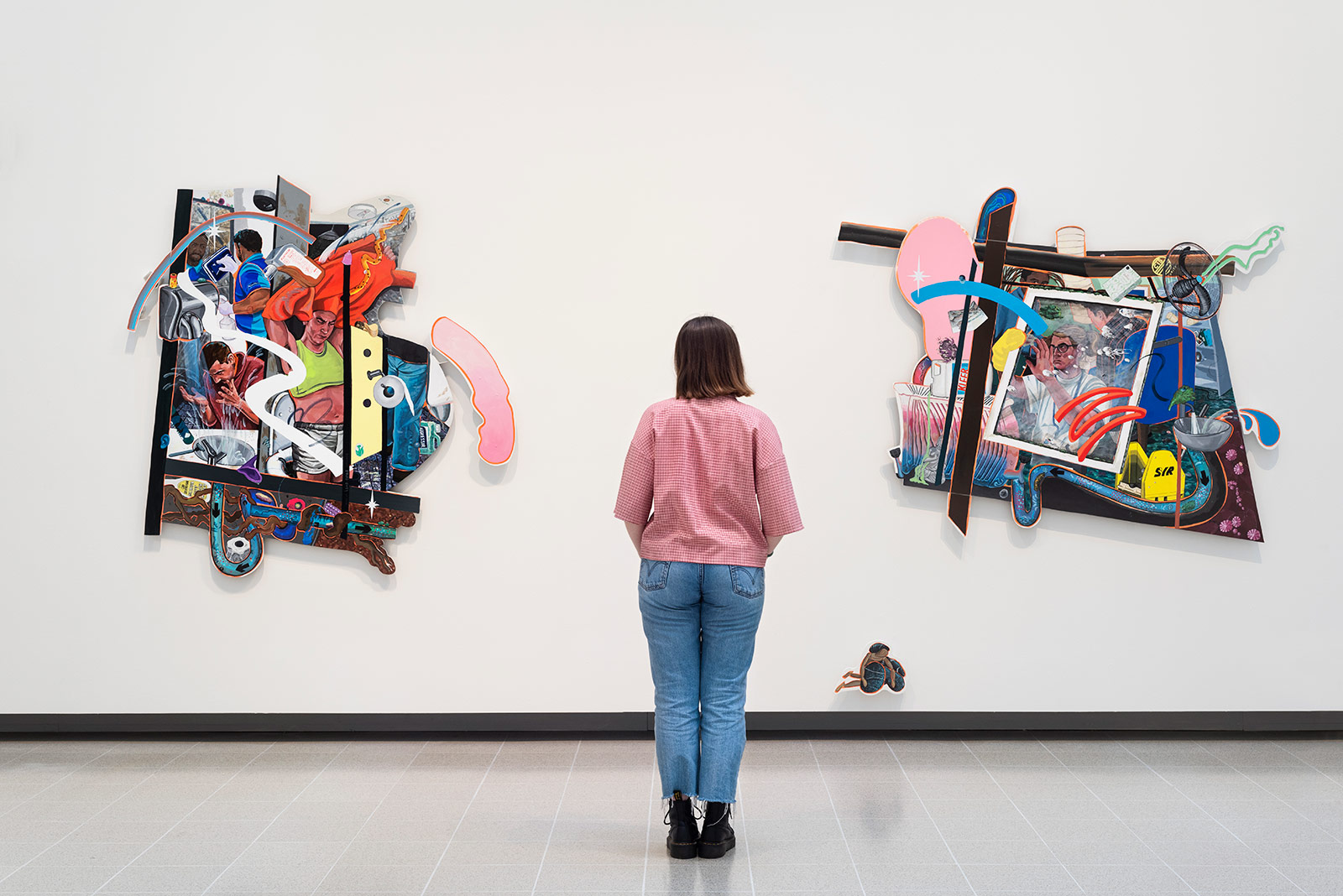 Alongside this heritage of queer art are also site-specific, contemporary works that address the here and now. Notable among these is non-binary drag artist extraordinaire Victoria Sin’s A View from Elsewhere, Act 1, As She Postures in Context; a multimedia fantasy wherein she explores the materiality of the queer body. Projected onto white sheets, Sin’s performance stakes a claim for the queer gaze, a concept that is very new still and finding its feet in an art world dominated by a male, heterosexual viewpoint.

Multiplicity is at this exhibition’s very core. There is no one artistic medium or form of expression that is favoured over others, which emits a sense inclusivity and celebration of humanity’s massive spectrum of variation. In the spirit of duality, some work on display deal directly with the sombre and serious reality that the LGBTQ+ community has suffered, for example, Hunter Reynold’s 1993 Memorial Dress installation. Constructed throughout the 1990s, the garment is emblazoned with the names of twenty-five thousand AIDS victims and pays a tribute to all those beautiful souls who lost their lives to the epidemic.

Conversely, there is a playful spirit that also permeates the exhibition, like Juliana Huxtable’s hybrid alien/goddess photographs that allow her to take on a persona of a hero, in a society where the marginalised are “forced to be their own saints”. Playful and meaningful, the theme of dress-up heroes recurs in a way that is testament to the way in which we all perform in society, queer or not. 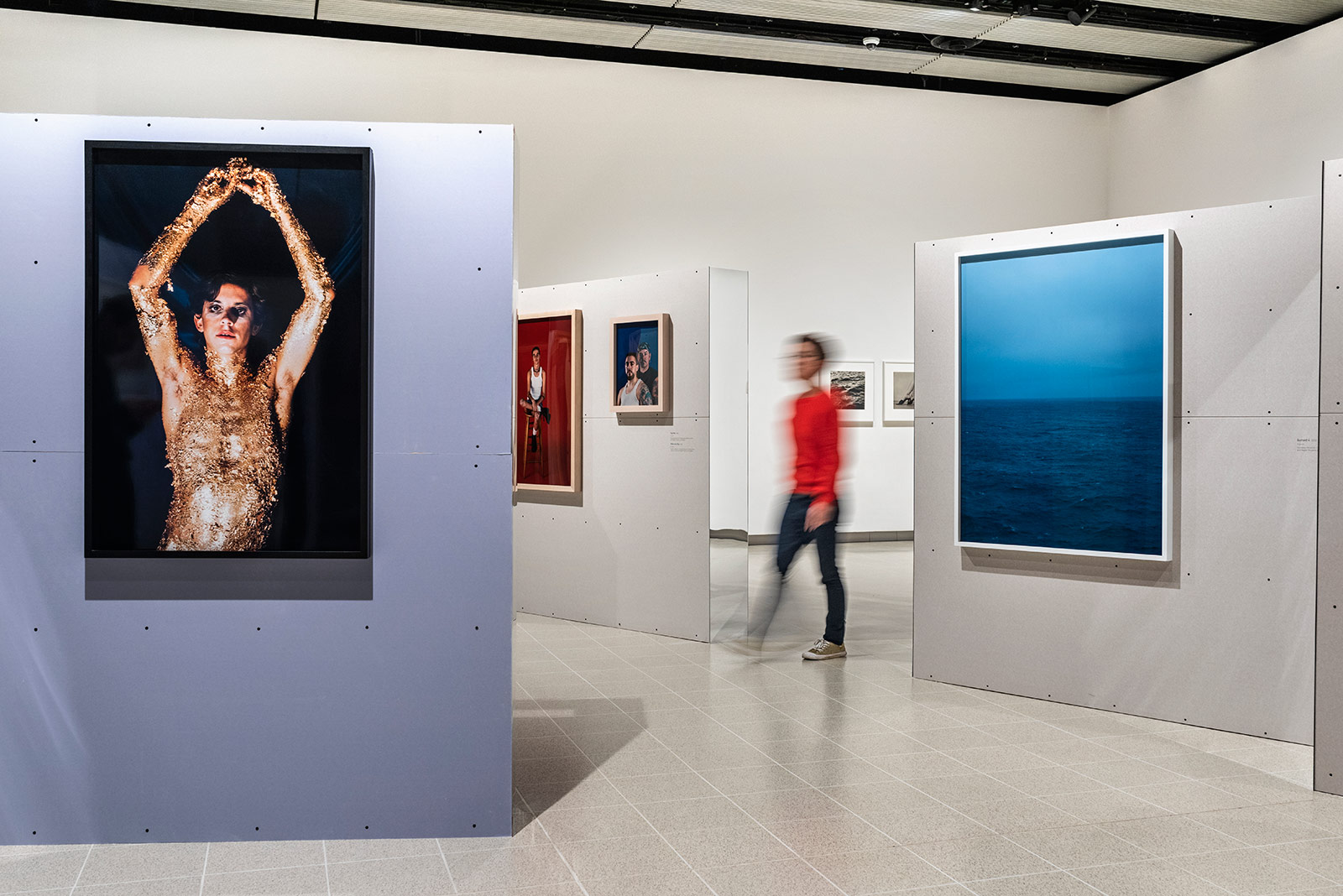 Victoria Sin hit the nail on the head when she said, “One of my main things about drag is that it’s inherently playful. There’s always comedy, it’s always going to be a bit silly. You’re asking yourself to step outside of yourself and do something that you would not do in your day-to-day. It’s like a tool that can be used to gain a better idea of, actually, how serious gender usually is, and that’s where the power is: making fun of gender.” Humour in the exhibition is used as a disarming tool to educate as well as entertain. To inform the world of their plight but also importantly to celebrate who they are.

Old and new alike, the artists in Kiss My Genders all sing from the same song-sheet in their appeal for an alternative, non-heteronormative perspective that is not only limited to art, but extended to life also. And, if what Oscar Wilde says in his essay The Decay of Lying is true and life really does imitate art, the life that Kiss My Genders represents is one that not only respects but also cherishes difference.
The exhibition Kiss My Genders is on view until September 8 at the Hayward Gallery, Southbank Centre, 337-338 Belvedere Rd, London. 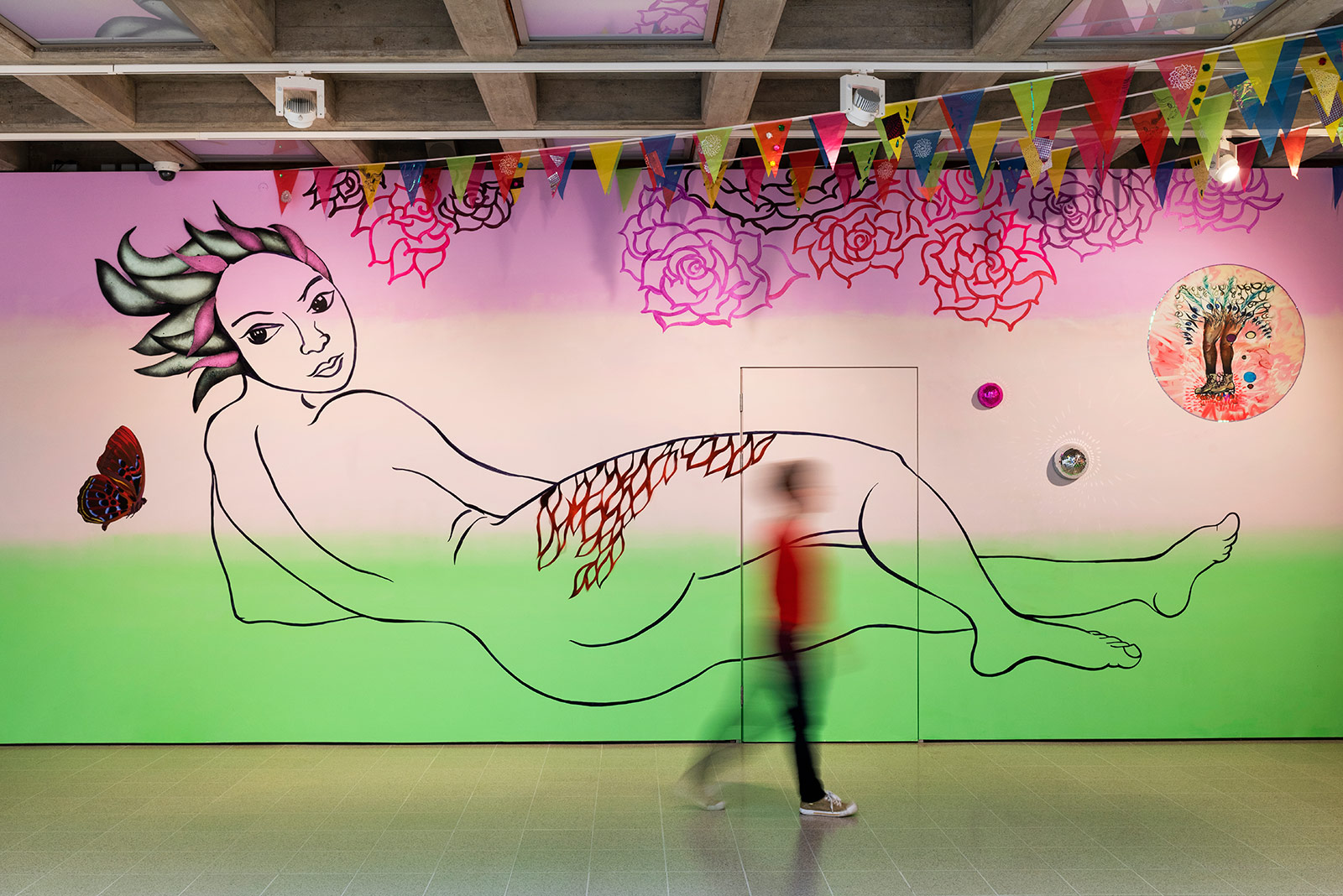 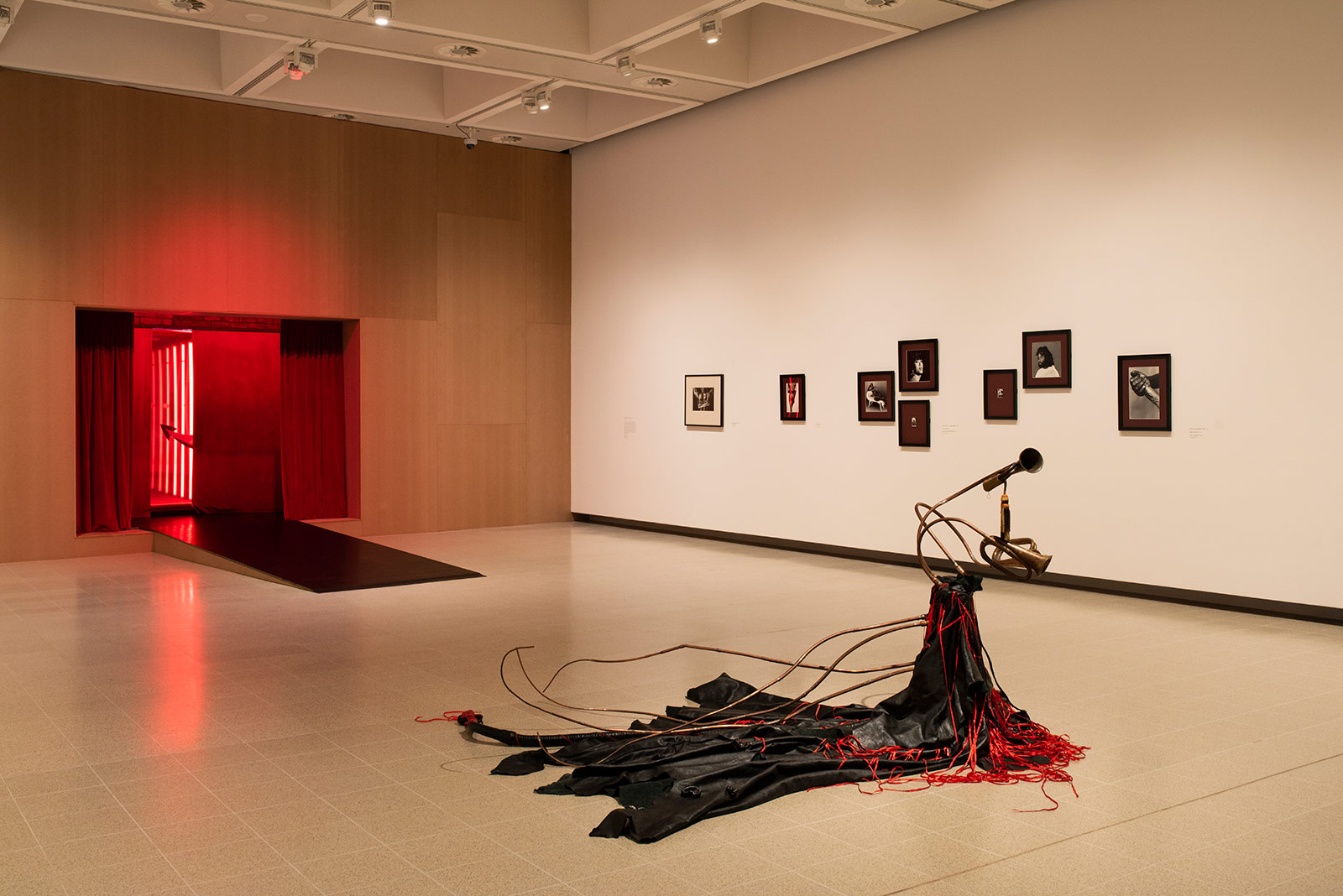 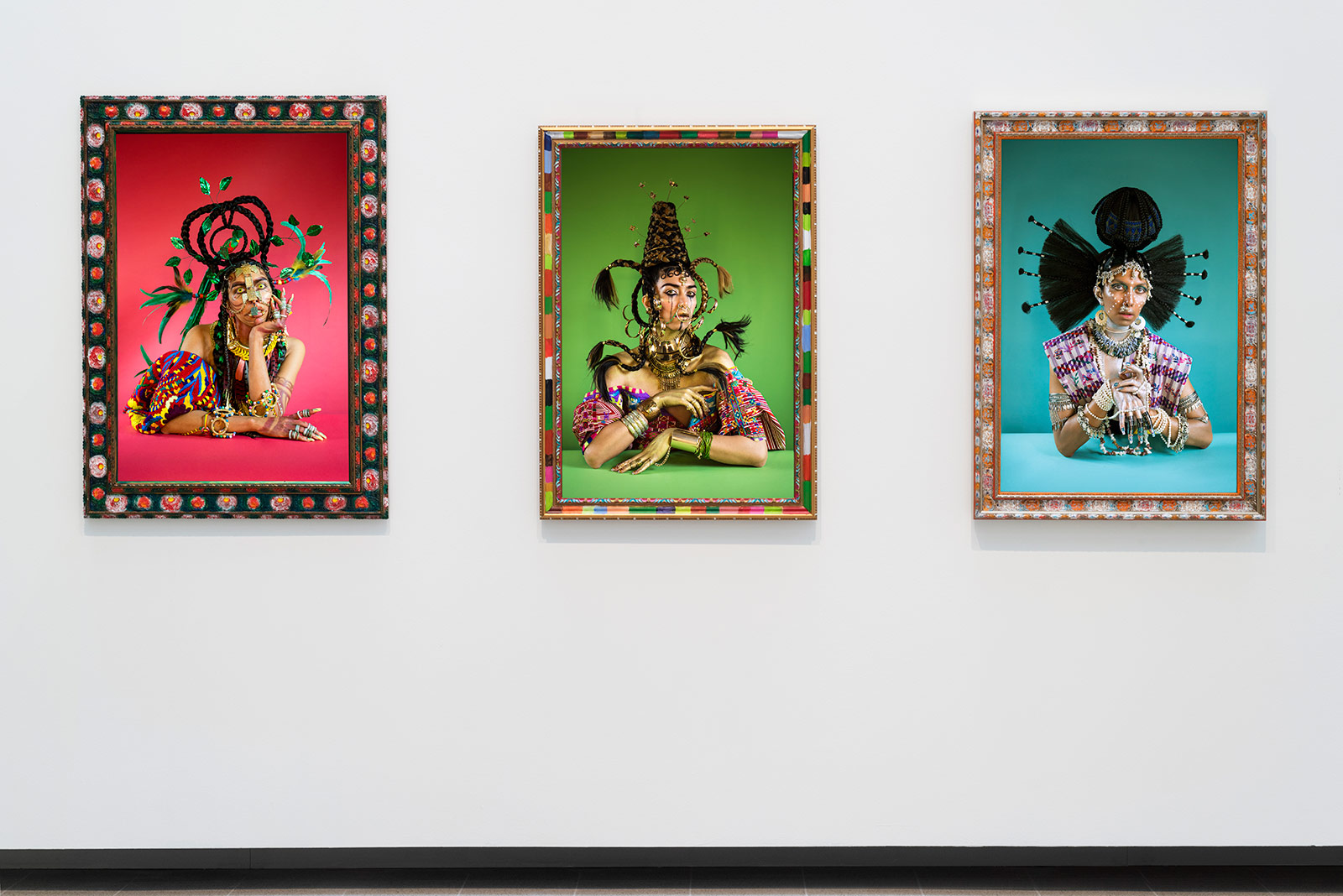 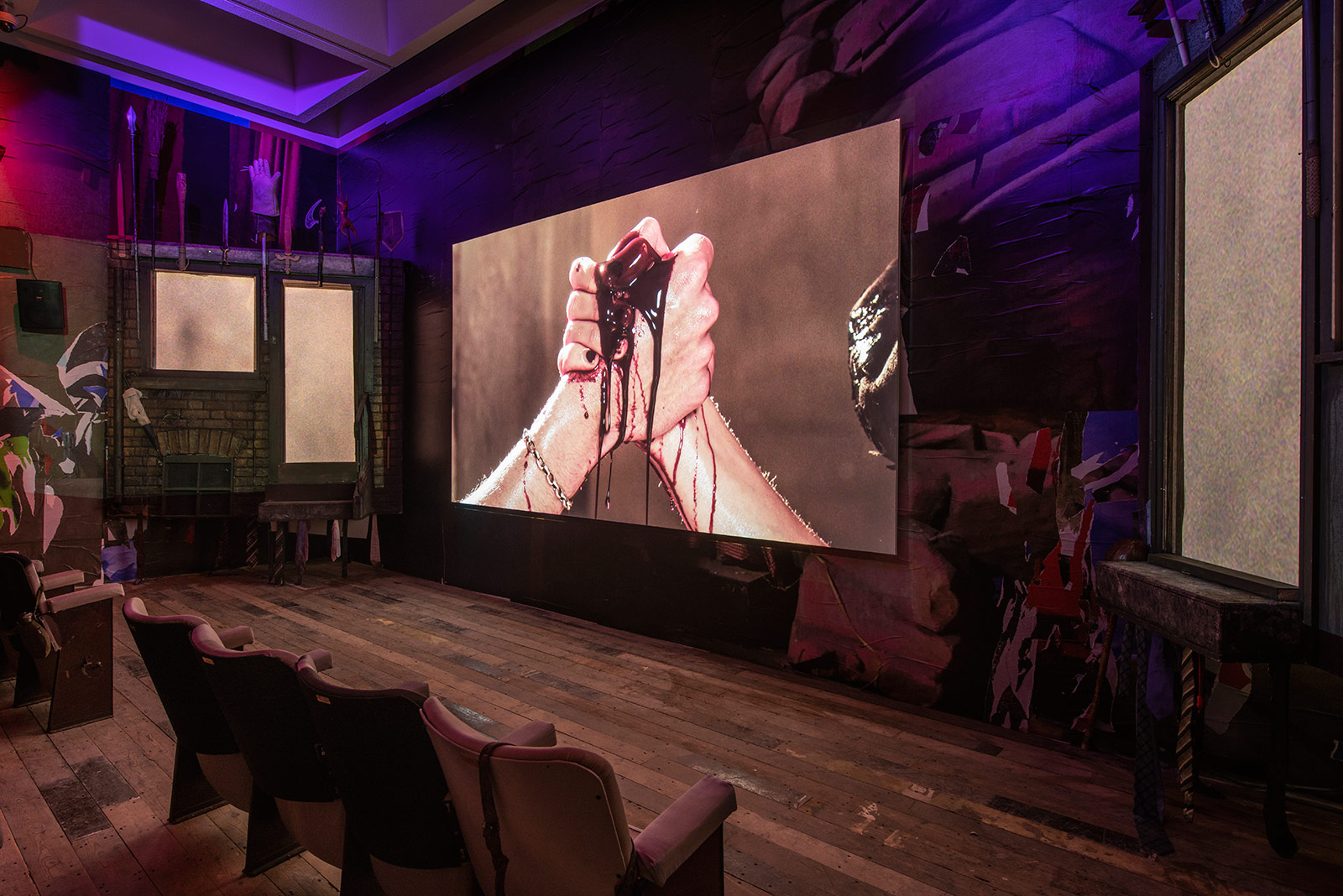 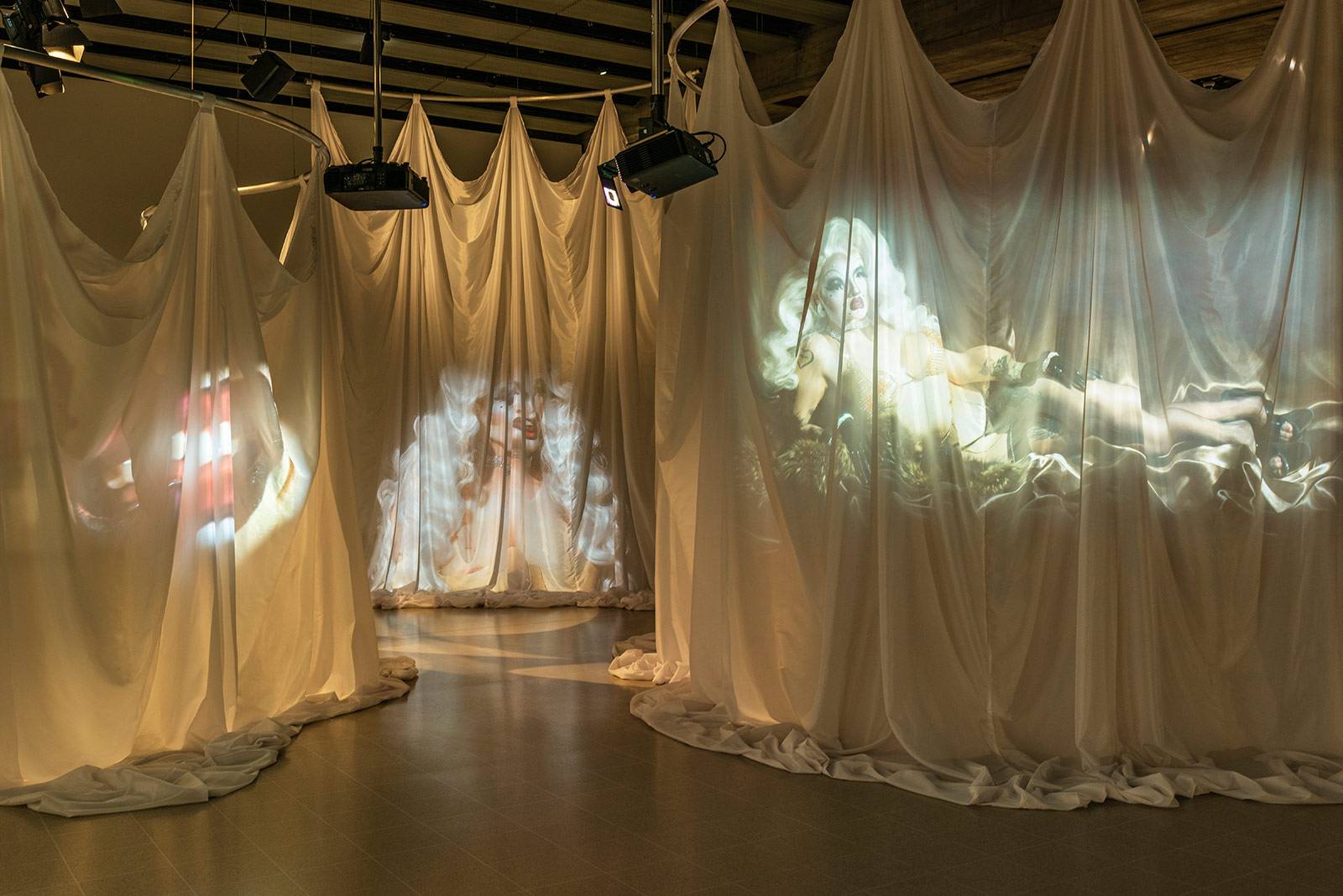 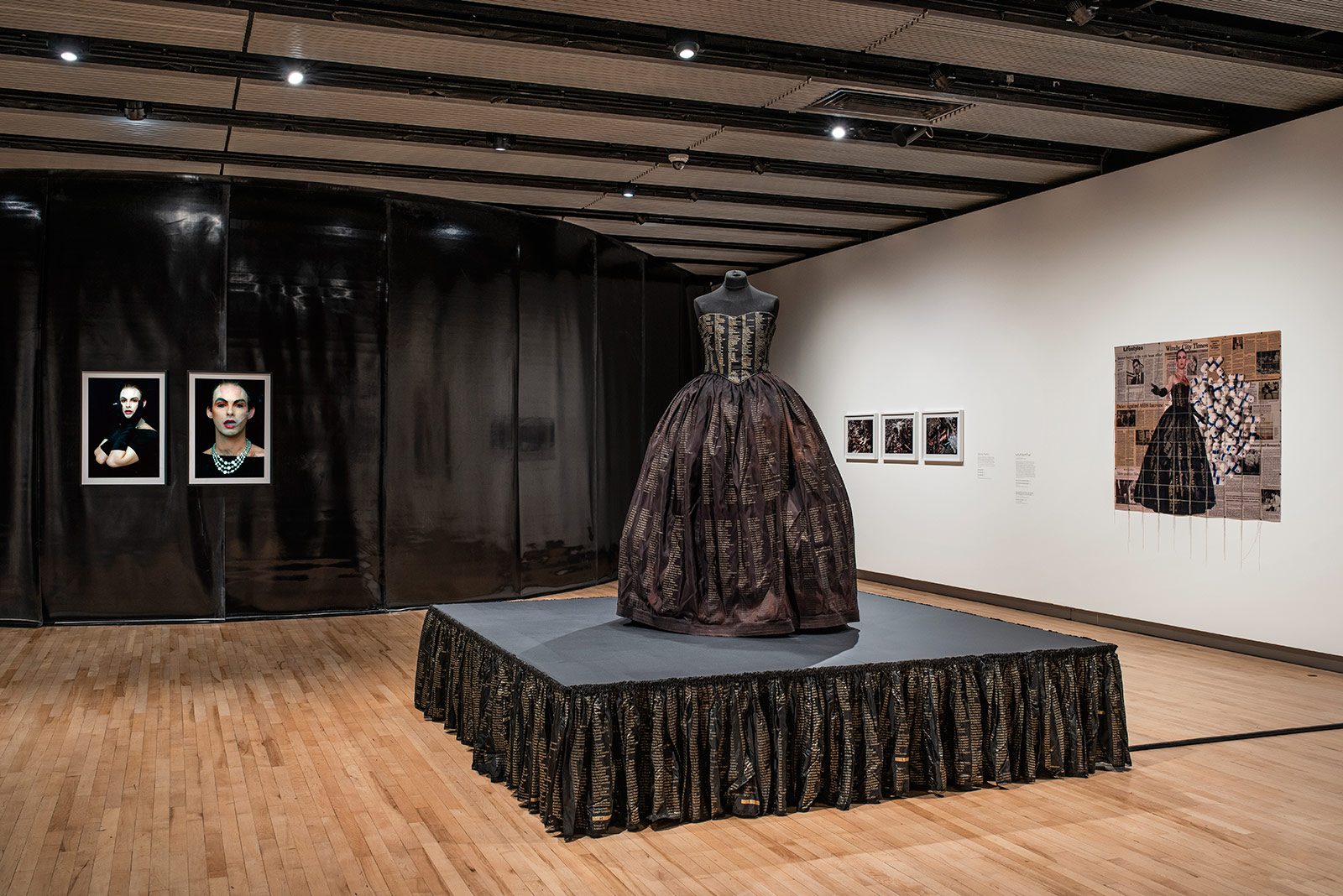 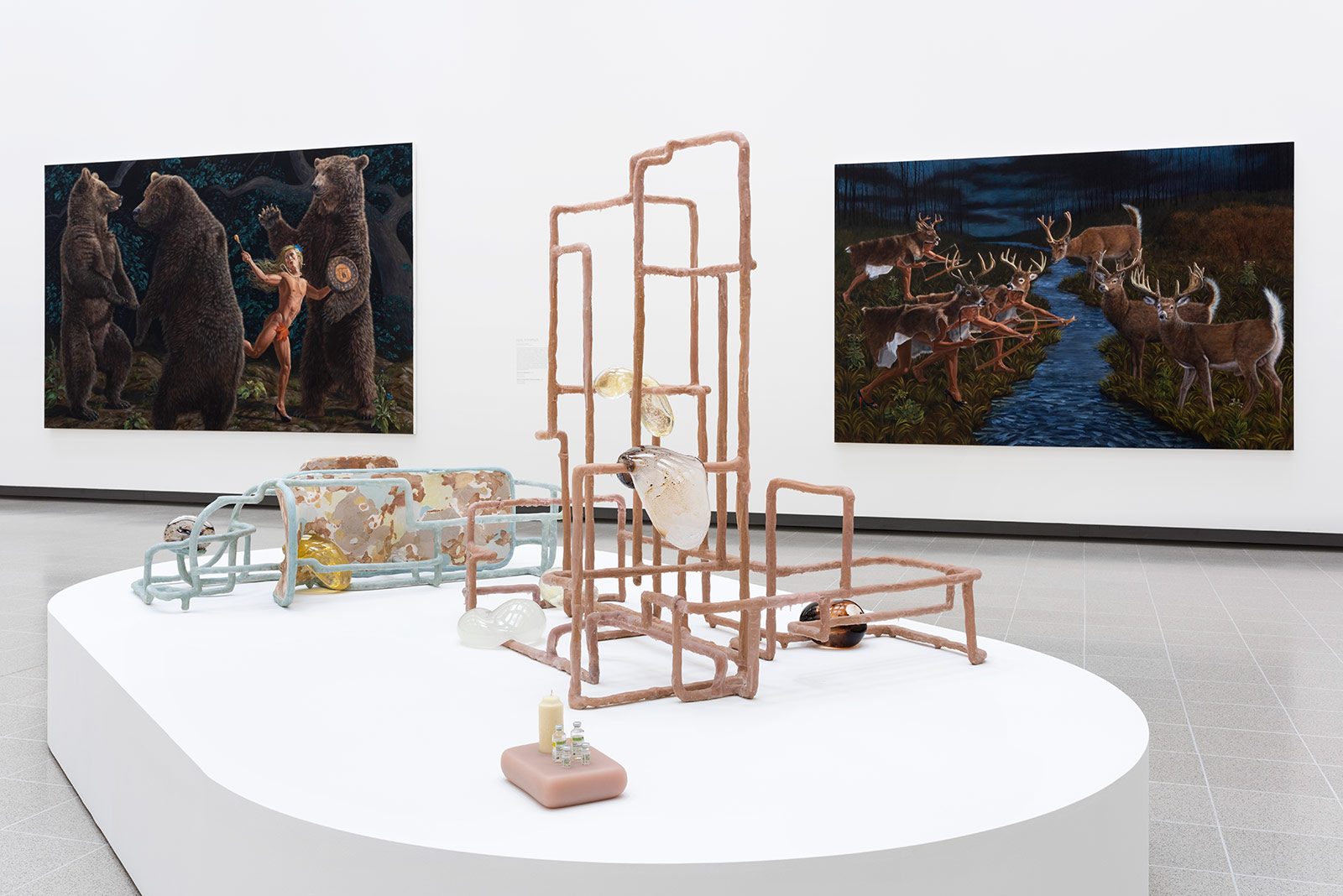 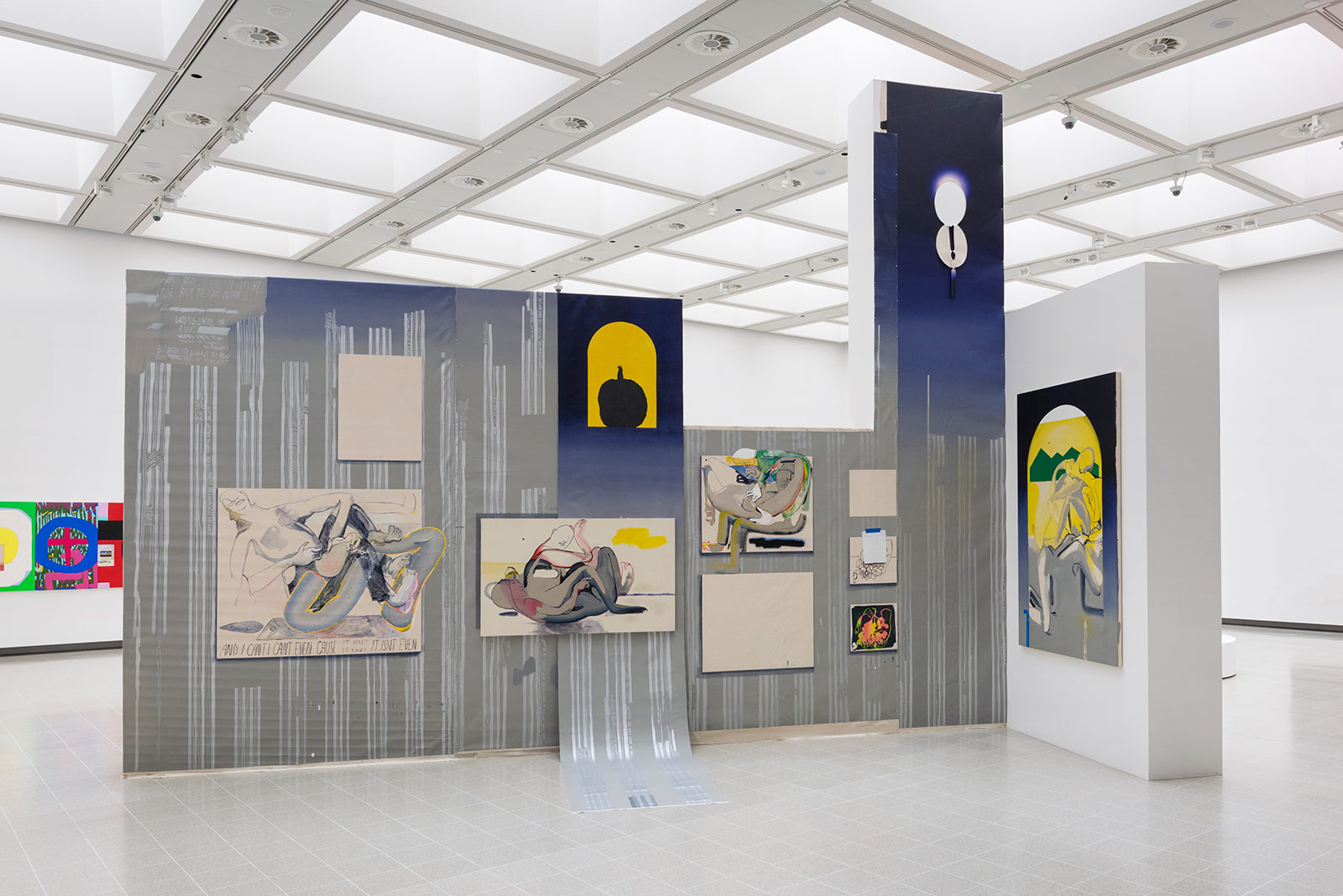 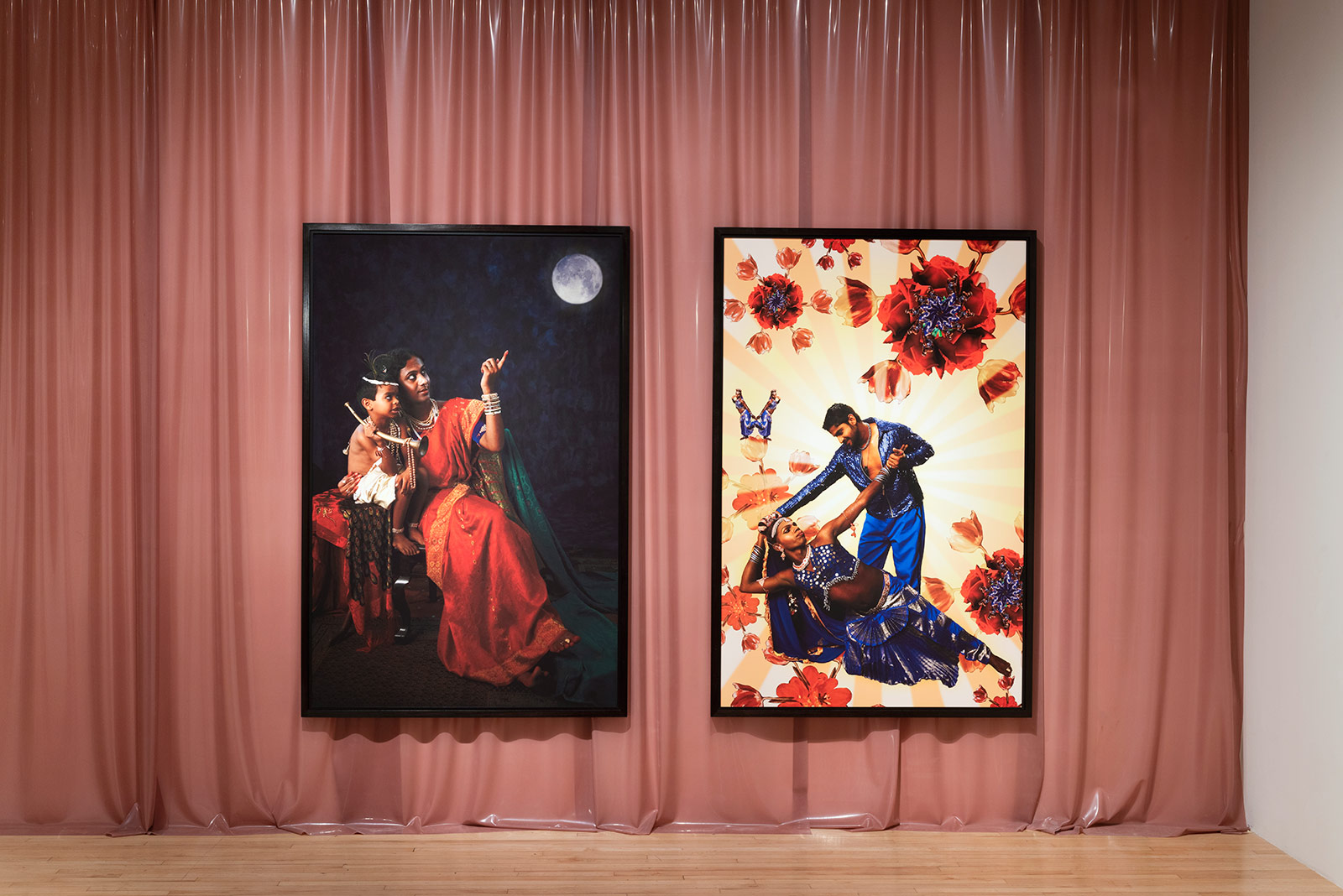 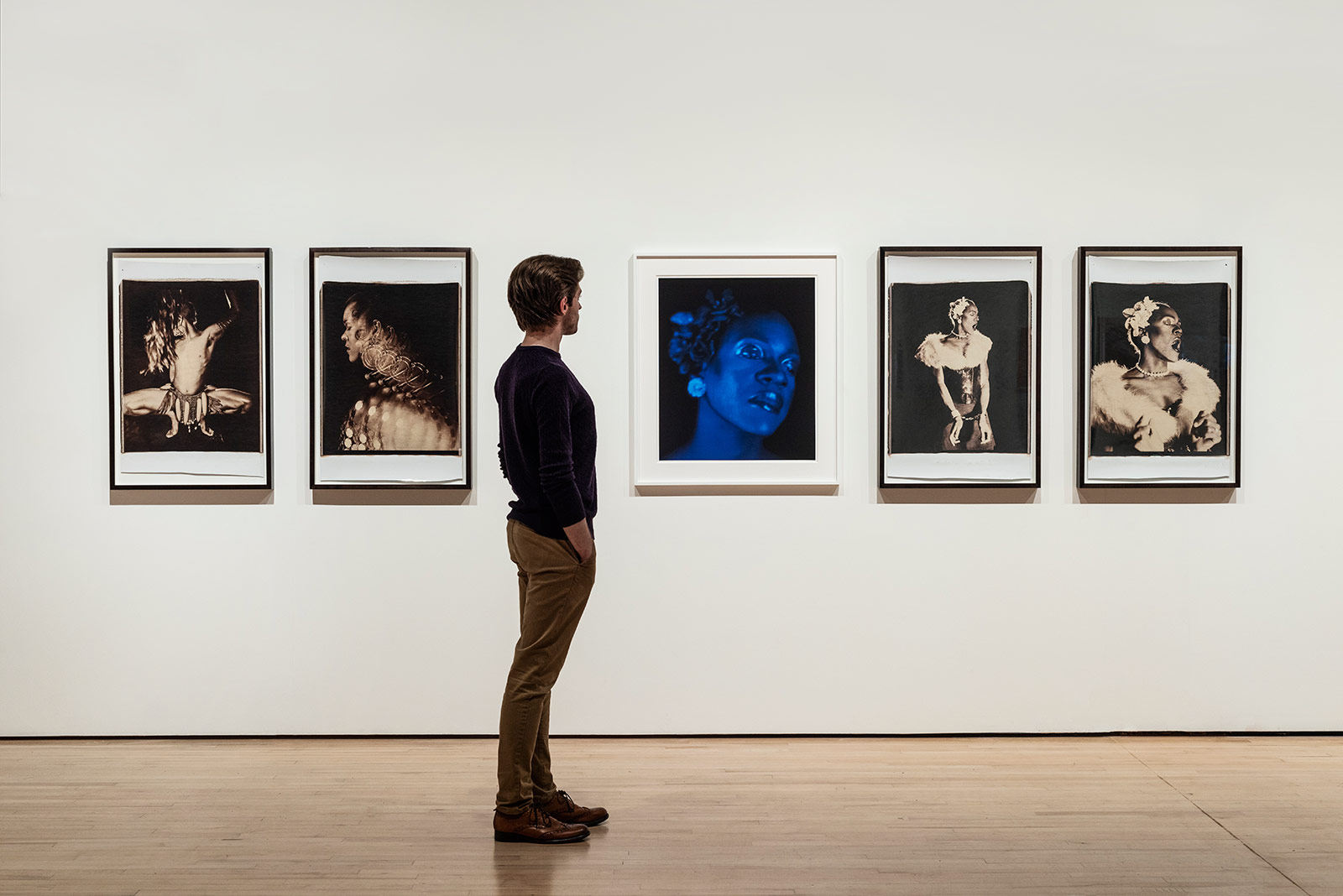