Fruit of the loom

Seek no further, the newest in pop-up land 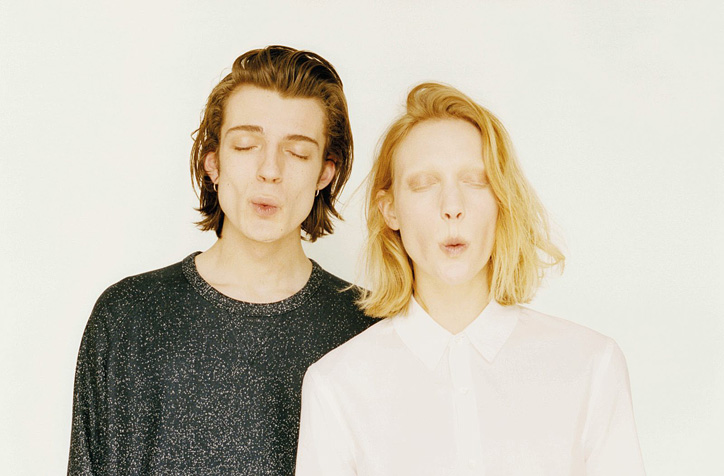 Pop-up retail is nothing new, trendwatching.com claims to have coined the term in 2004, but ten years later, this still seems to be a viable strategy of communication and taking the stage. In time for Fashion Week in January, Uniqlo presented a veritable pop-up store road show in Berlin, traveling through the different districts, lodging with well known boutiques and adding a new garment on sale at every stop. It's a three-month program, only until the big 'here to stay' store on a coveted corner in West-Berlin is opening in April.

This start-up city is the perfect home for as many pop-ups as there are techno Dj's. Pop-up nail bars such as Fingerbang, short-term restaurants, temporary cocktail bars, Berlin has seen it all. There is even a website to guide you through the current pop-ups and to discover places in which to establish one. (I bet there must be a new kind of lease for pop ups that leaves German property owners scratching their heads). It's a way for big brands to get closer to a certain audience, with strategic marketing stunts, and giving an exclusive feeling to those in the know. At the same time, it gives young labels and designers an opportunity to make their name heard and to sell offline without having to commit to one place. In this society of fleeting information and ephemeral trends, our attention span might just be long enough for a pop-up.

Last night saw the launch of the newest in pop-up land. With simultaneous events in London and Berlin, Fruit Of The Loom presented their new premium line Seek No Further. The five-month store found it's first home on Berlin Mitte's very hip Torstraße, where new shops are sprouting like mushrooms and there is almost no distinction between temporary and long-term stores. A launch event is nothing without a live concert and a new brand is nothing without ambassadors and a line of tastemakers and opinion formers. The Bunch, as Seek No Further calls it's following, includes photographers, restaurateurs and performers, from Schwarz Don't Crack's singer Ahmad Larnes in Berlin, to WAH Nails' Sharmadean Reid in London.

All-American Fruit Of The Loom interestingly chose London as its base for a very European premium line, positioning itself alongside Acne and APC. Founded in 1851 and registered their patent in 1871(even before Coca Cola), the cotton-wear giant only actually came to Europe in the 1980's. Having been quite an innovative brand in the past – they were the first to advertise underwear on TV and had the first media cooperation with MTV-Boom in the eighties – until now it's been rather quiet around Fruit of the Loom. It's one of those brands though, whose basics will always be there. Although reinvented with high tech material blends, 'Seek No Further' sweaters are still at the core of the collection, this time using reinforced seaming and drawing inspiration from traditional cotton undergarments.

The familiar fruit images on the logo predate the brand itself: they’re derived from decorative tickets painted in 1851 by Miss Skeel, the daughter of a Hudson Valley merchant, which were pinned to bolts of cloth in her father’s store to attract buyers. Celebrating unique American fruit varieties – such as Ne Plus Ultra grapes and Non Such pears, the 'Seek No Further' apple lent it's name to the new premium line!

The first capsule collection for both men and women is cute – rich in subtle detail like embroidered fruit on the inside of each garment, with very wearable shirts, jackets and dresses in pastel-y colours like off-white, soft grey and understated blue. A peach-coloured sweatshirt reads 'Pear to Pear' in toweled red embroidery.

Seek No Further's creative director Dorothee Loermann, German-born with what she calls a French touch but trained in Antwerp, has been behind the creative decks at Surface To Air and worked with Bernhard Willhelm in the past. Passionate about vintage garments and sports apparel, she has put a clear modernist stamp on the chic sportswear line. Conceived for an intelligent, creative, design-savvy audience, targeting men and women between the ages of 25 and 35, and with a price range between 45 and 300 €, 'Seek No Further' has a clear mission, and it makes sense. It's making a bold but non-pretentious statement, celebrating the values of craftsmanship and heritage quality, with a distinctive but soft feel.

We never really forgot about Fruit Of The Loom, but it's back on the map, and in cherry condition. 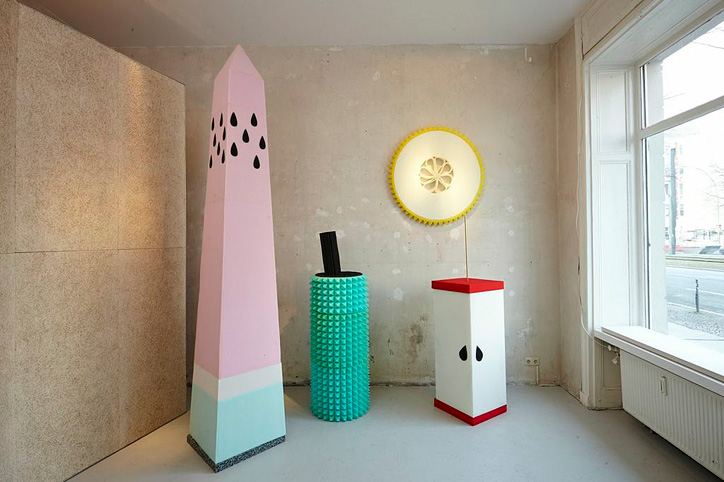 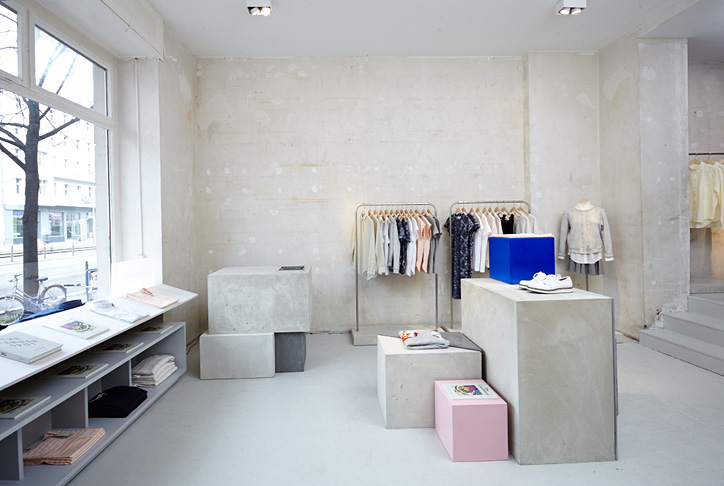 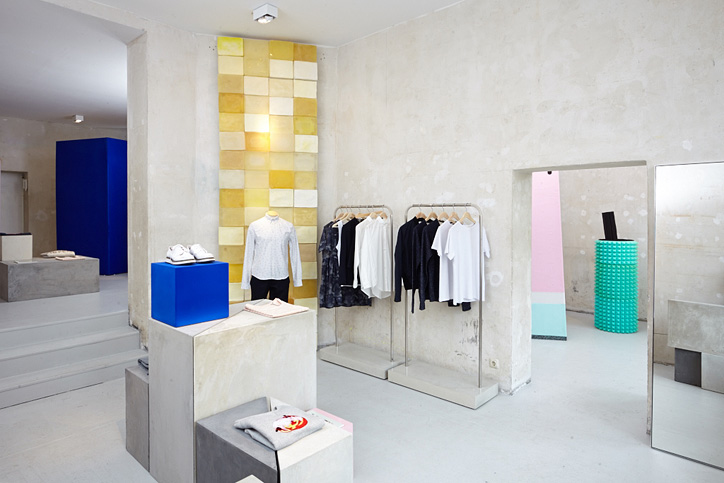 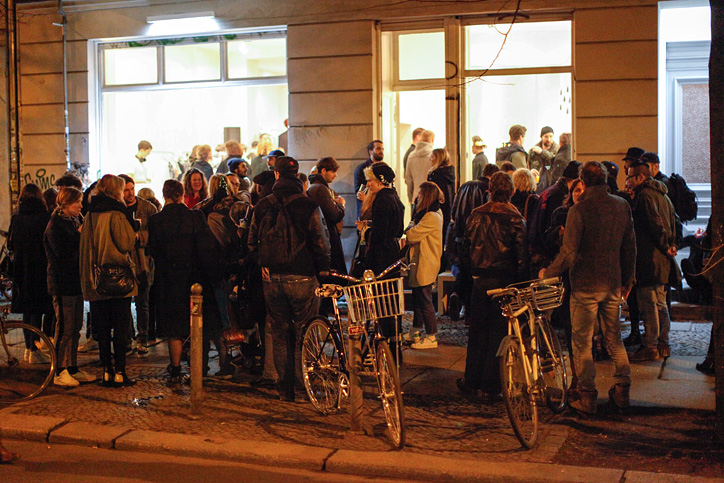 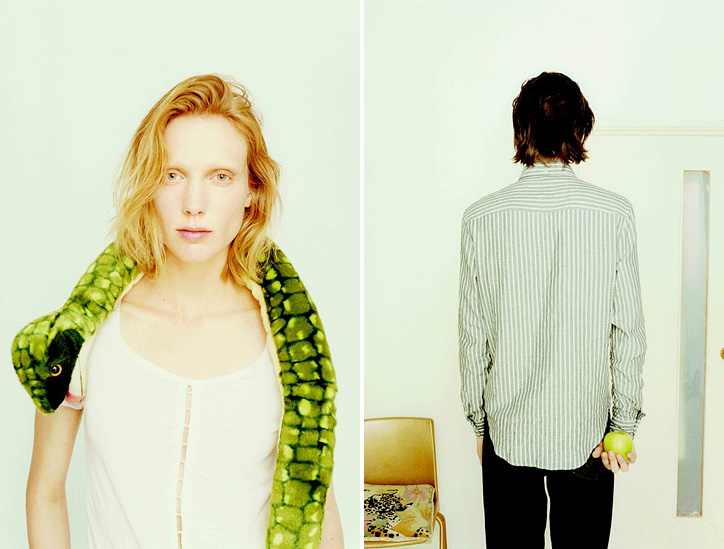 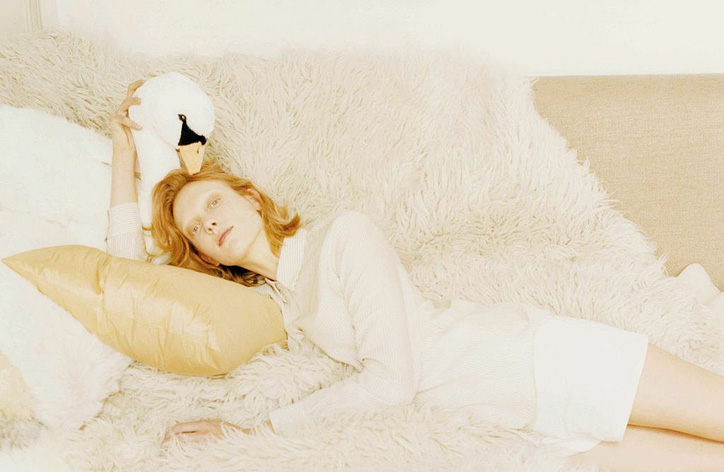 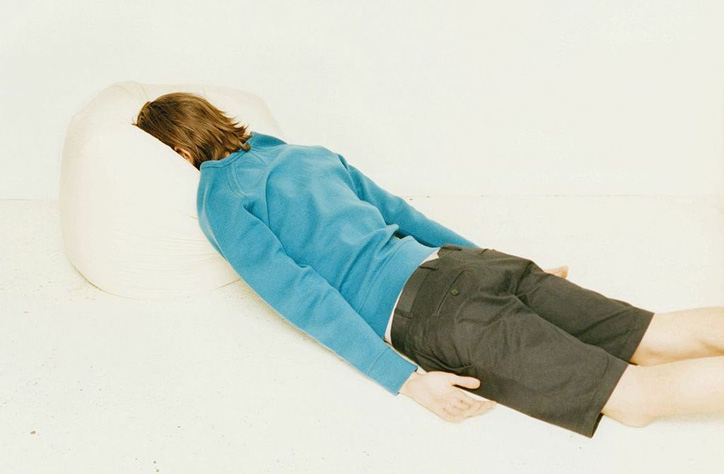