Women who run with the wolves 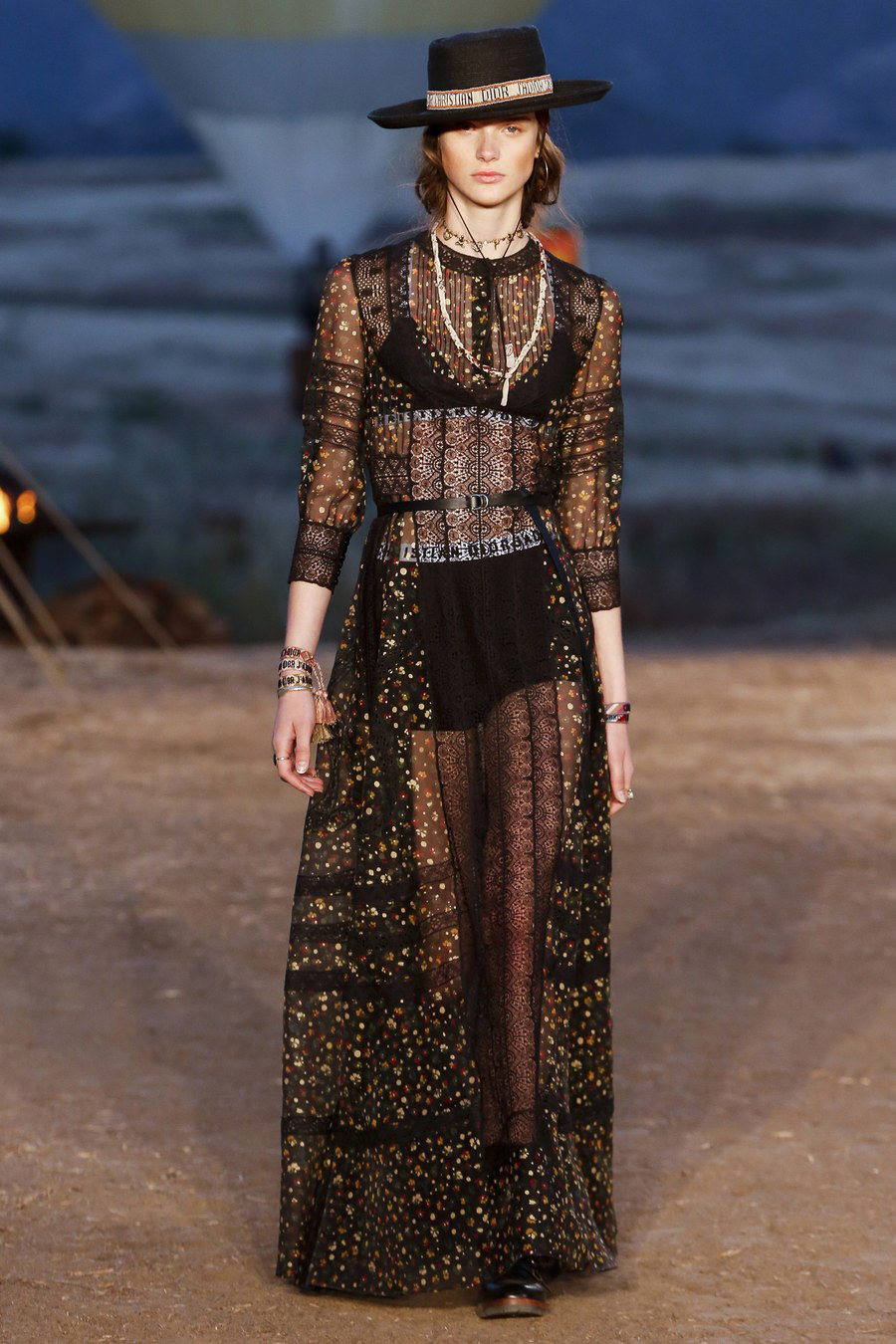 The Upper Las Virgenes Canyon Open Space Preserve in the golden-hued hills of Calabasas wasn't the obvious Californian location you might think of. Truly rural locale, where MASH and Gone With the Wind were filmed, the set was chosen by Maria Grazia Chiuri even before her arrival at the house. “You think of L.A. and you think of Hollywood, the Oscars ceremony, the red carpet; but honestly, I feel people love this place because you feel in contact with the natural elements," stated the first female creative director of the French maison.
The starting point for Maria Grazia was the wild woman archetype as written about by Clarissa Pinkola Estes in Women Who Run with the Wolves, or as artist Georgia O'Keeffe, wearing stark black and white in her house in New Mexico. “I wanted to explore a different side to the city that was more connected to the open space and nature. It’s too easy to think of Hollywood and the red carpet,” explained Chiuri before the show. “You have to find a dialogue between the heritage of the past and the different lifestyles of today’s women.”

In 1951 Monsieur Dior appropriated the strokes of the Lascaux cave for a print, which was now reproduced by Maria Grazia in different shades of ochre and terracotta. “If you think about the past, women have had fashion imposed on them, mostly by men," said Chiuri. "Now a new generation [of women] wants to express themselves in their own way. You can give them a point of view, but it cannot be imposed.” 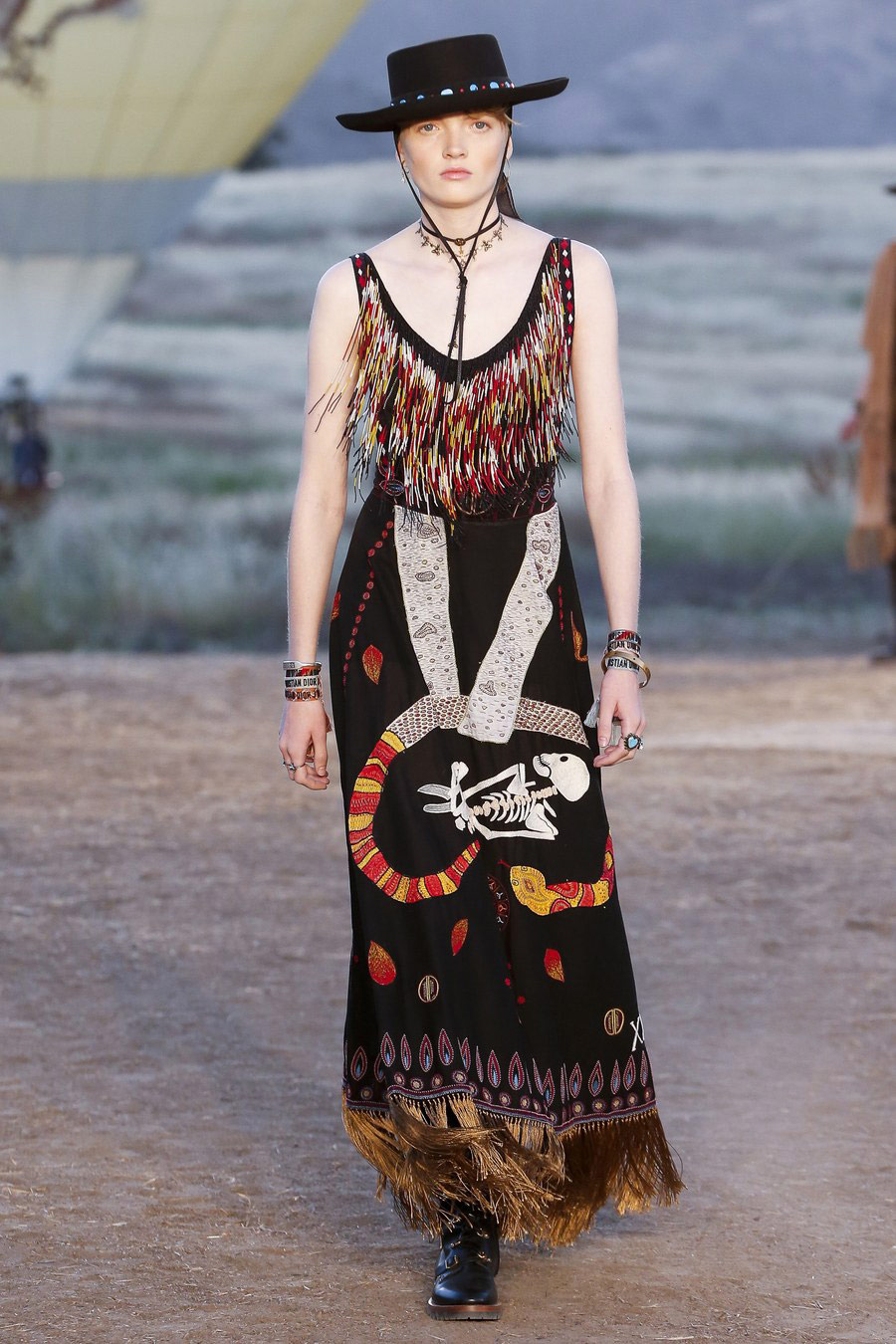 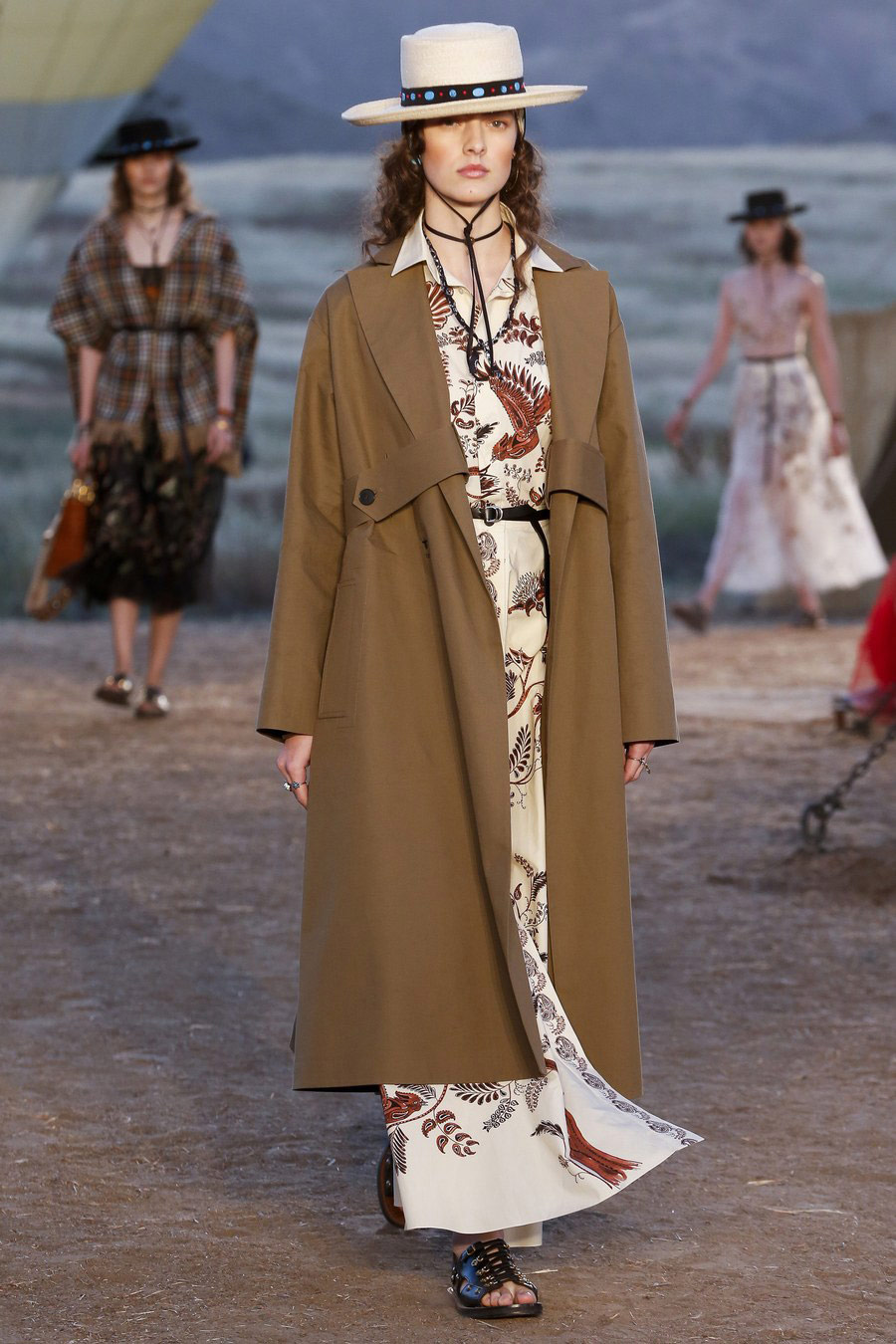 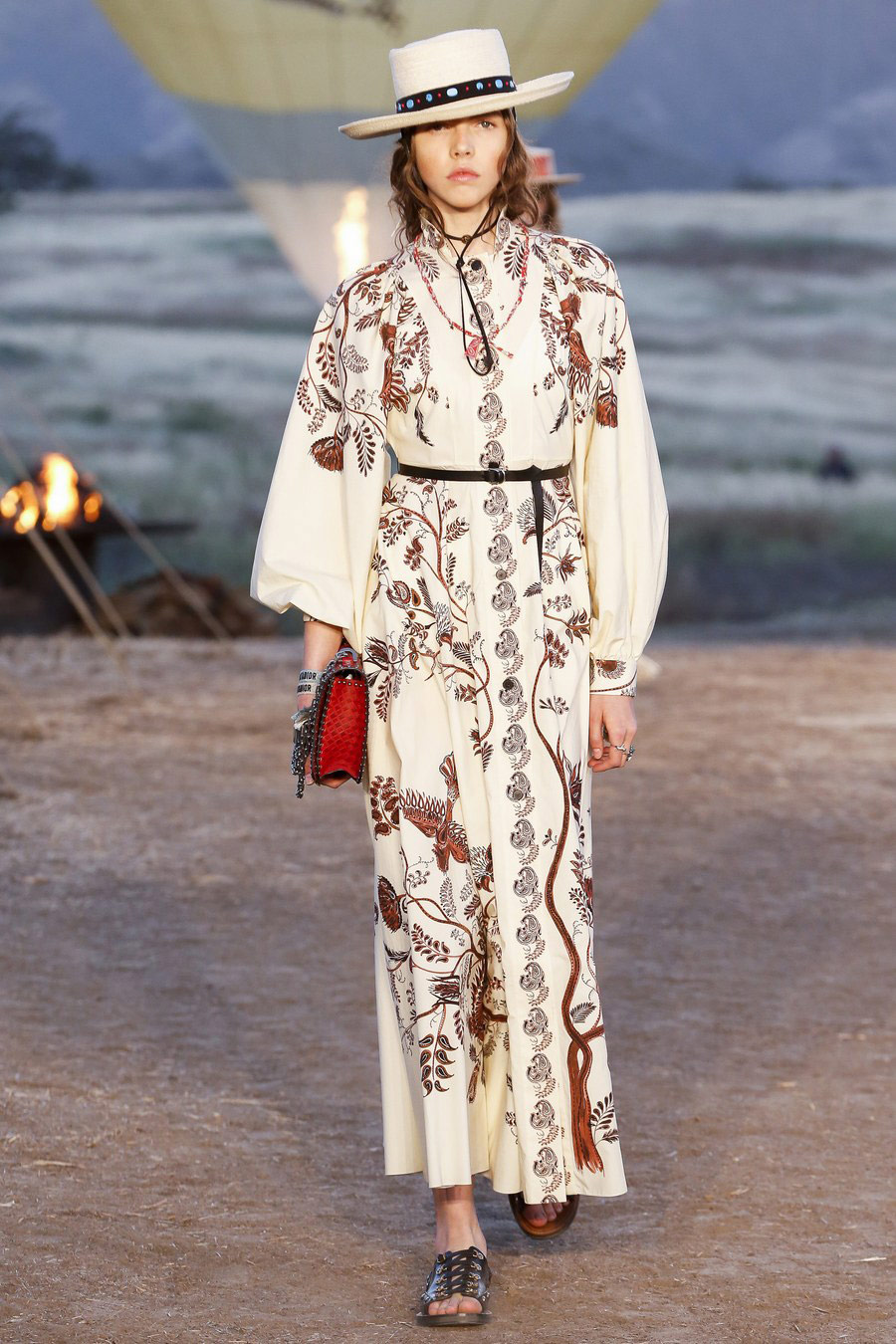 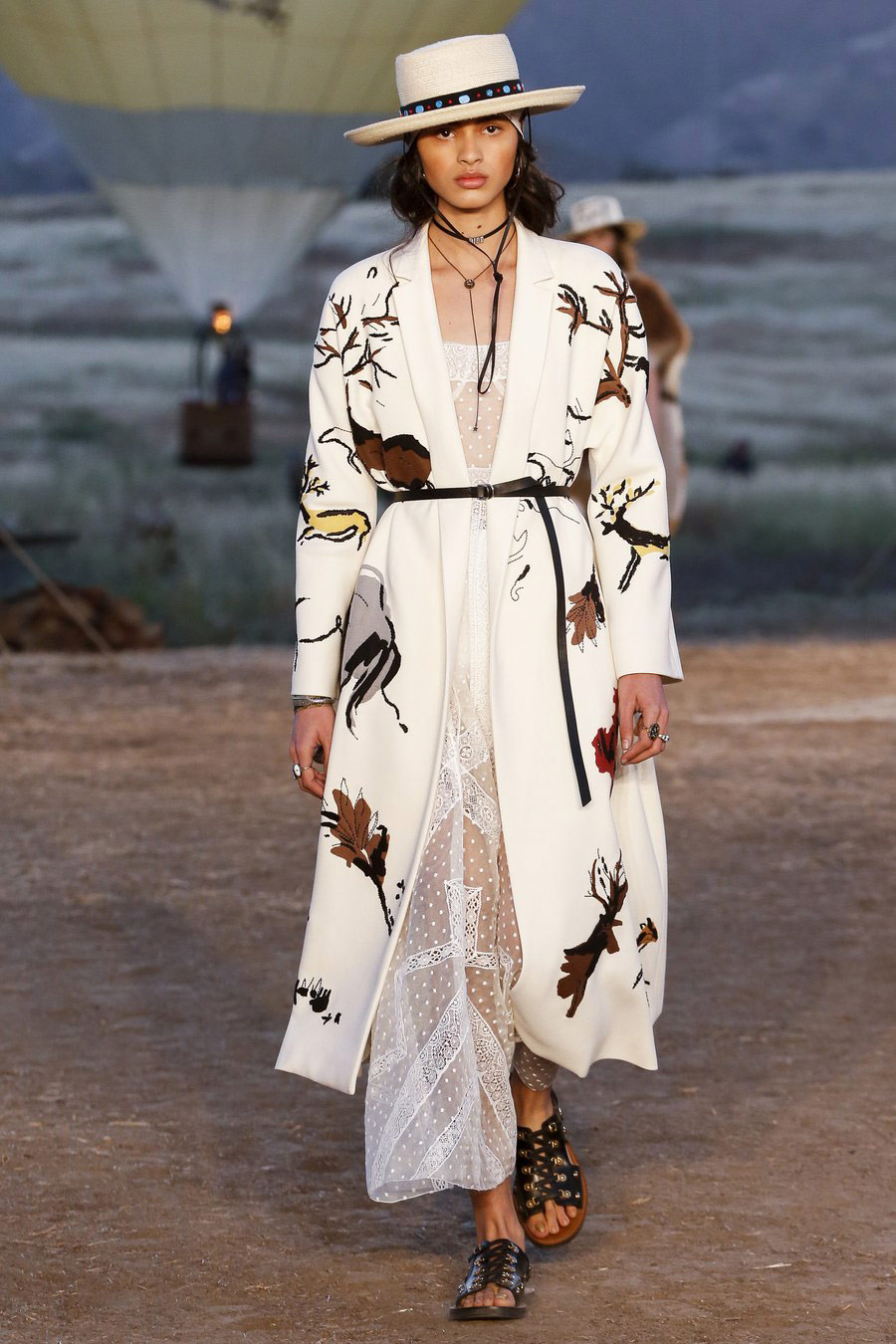 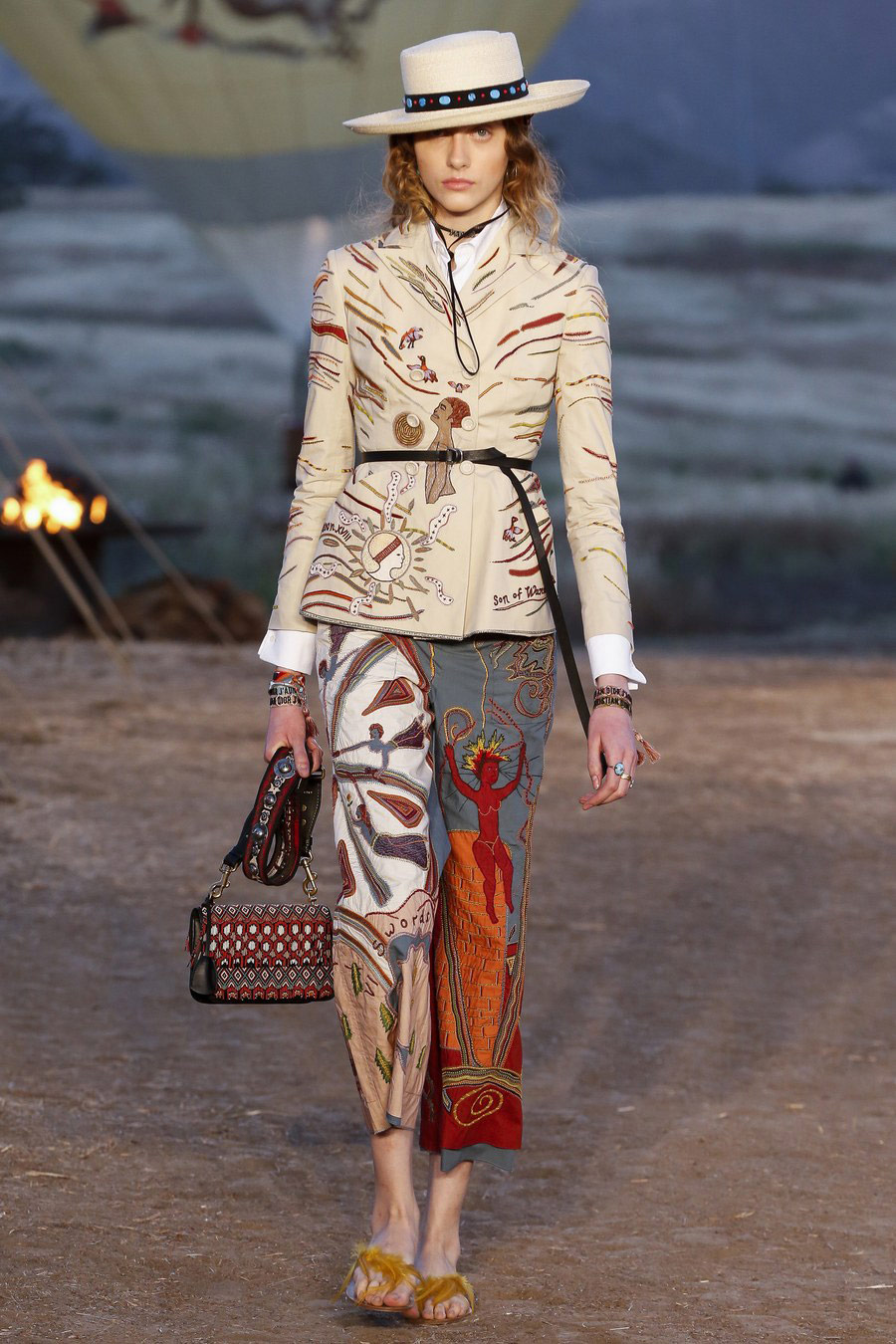 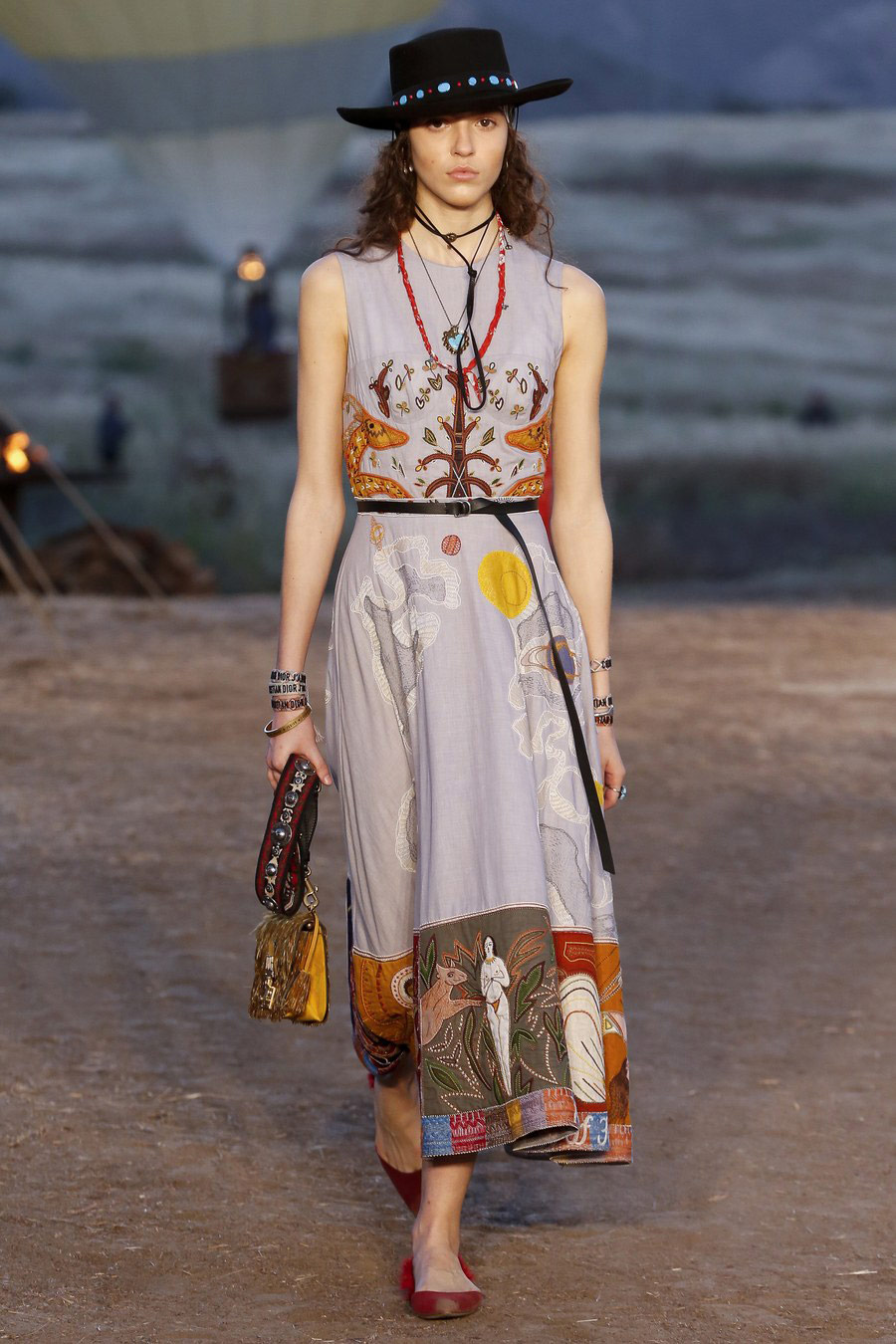 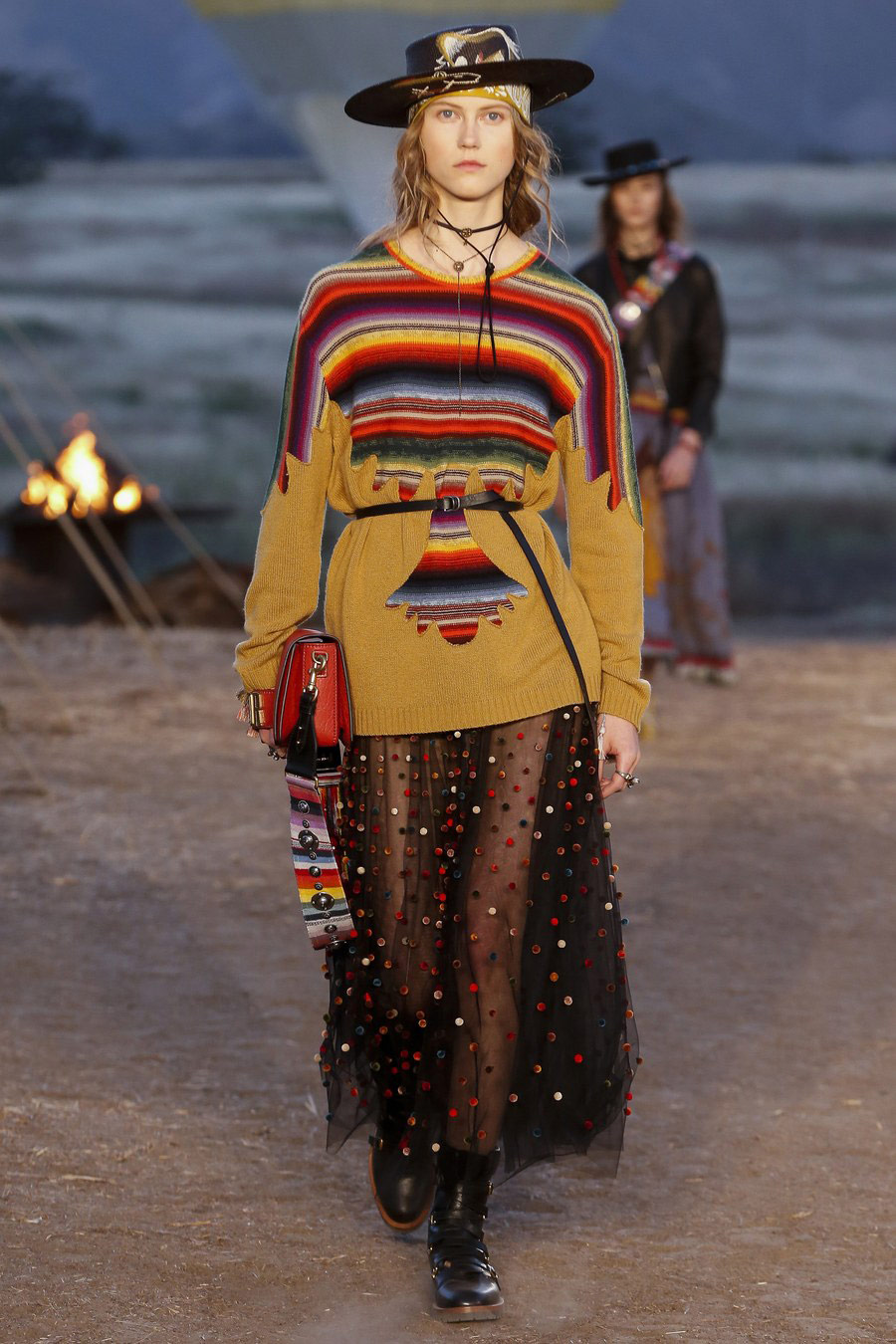 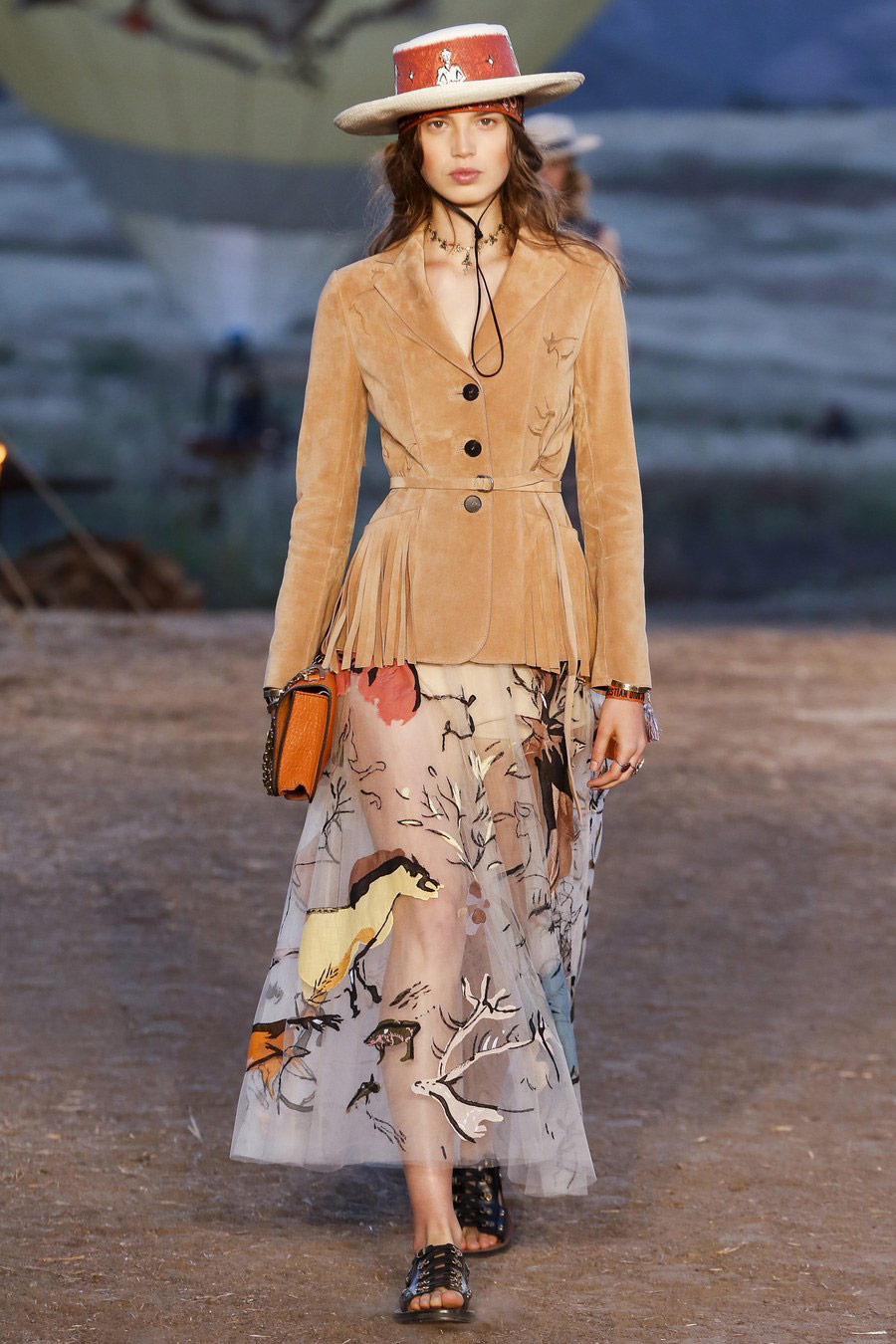 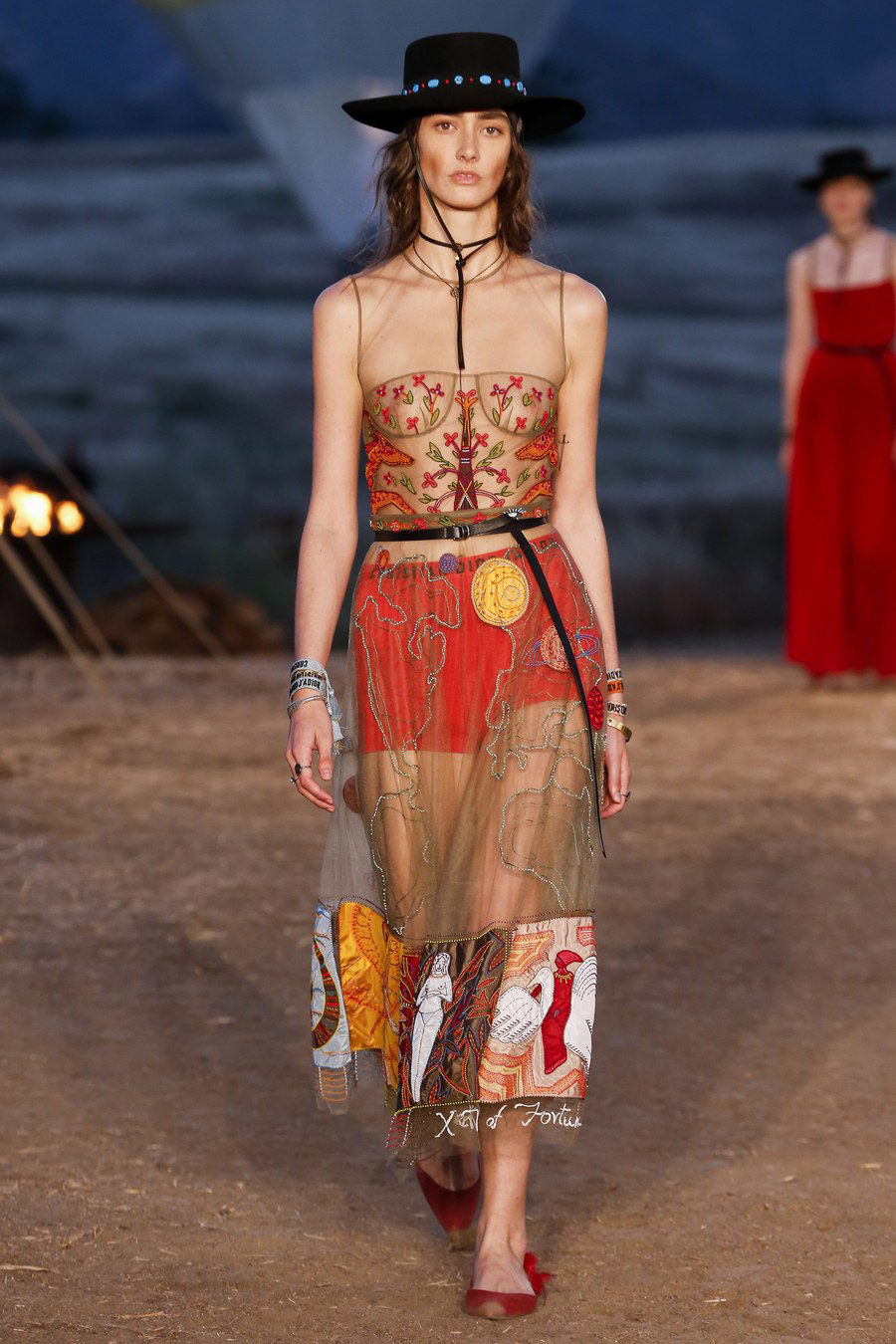 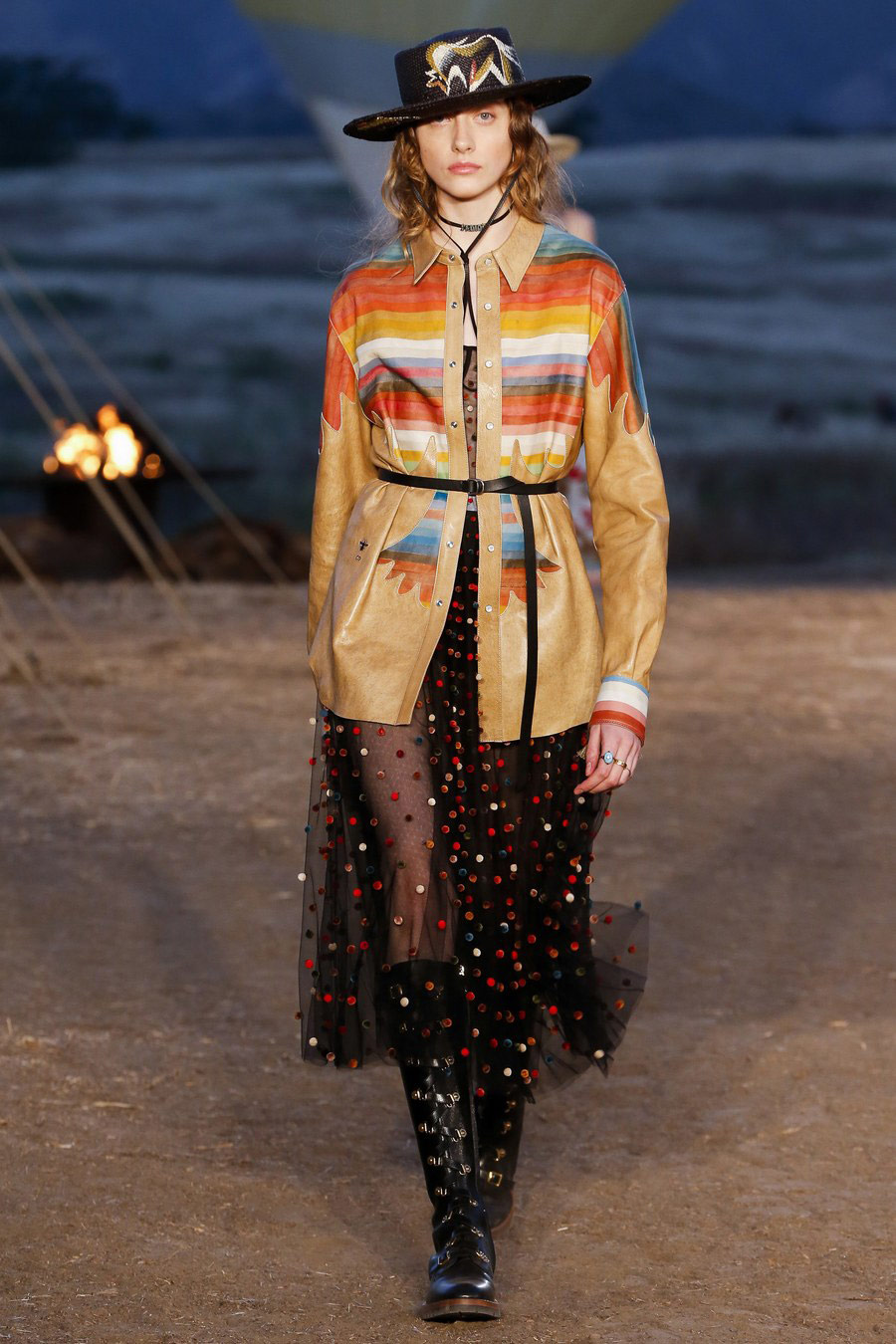