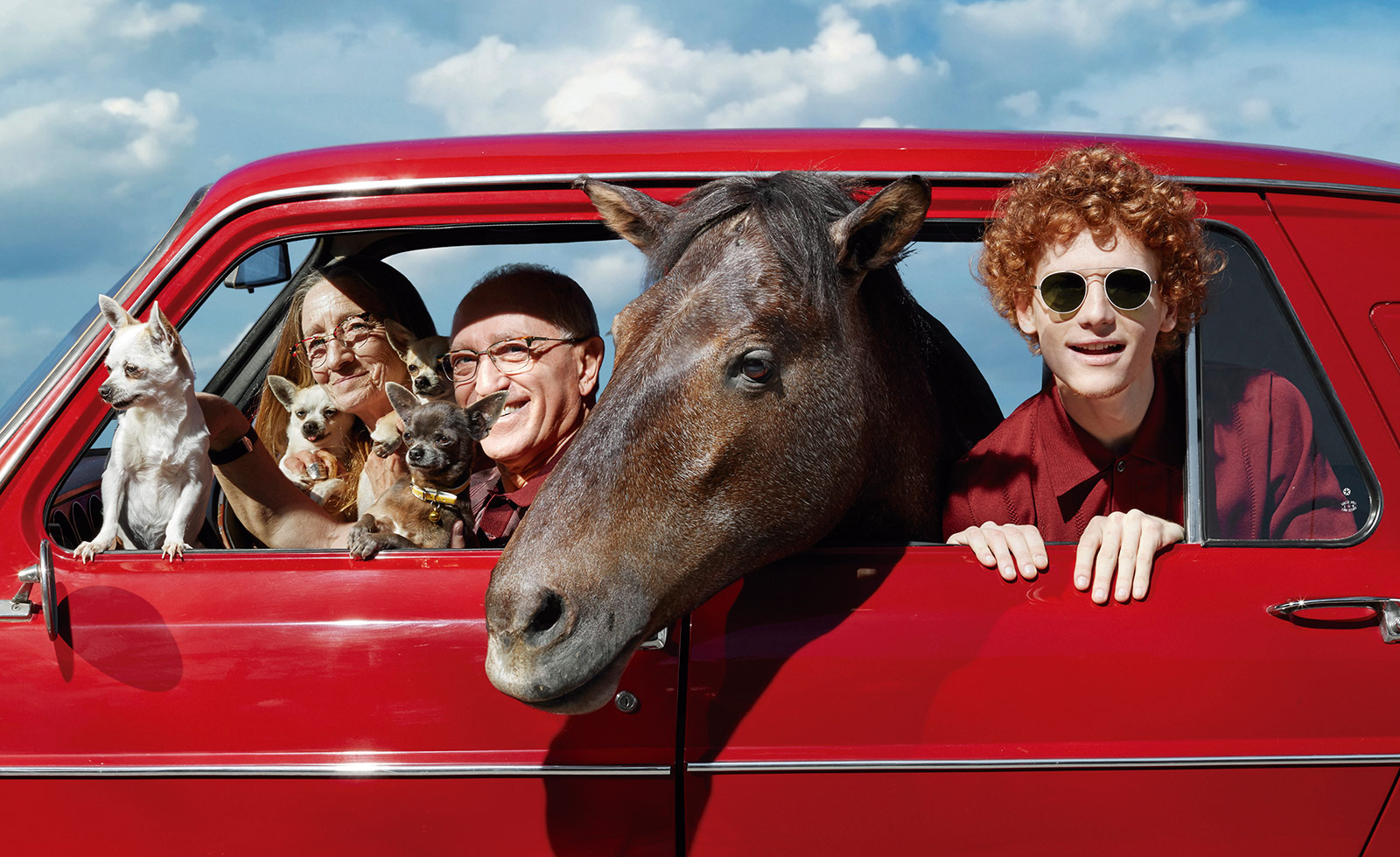 In Barcelona nothing is actually what it seems. Surrealism surrounds you, and what you think is simply a nice pair of glasses is actually something much bolder and rebel. In this city eyewear is an inescapable need, but it is much more than that: it can become a true statement. Whoever thinks that the accessory goes beyond the mere function of seeing better and safer under the sunlight is lucky enough to count on Etnia Barcelona, which has achieved creating the most distinctive frames for the most daring people. Do you want to Be Anartist?
As the tradition of all major avant-garde movements has taught during the past century, there is no such thing as a movement without a manifesto. “No more rules. No more boundaries. Anartists keep it real, we forge our own fates through pure creativity, joy, and madness”, proclaims Etnia’s text. And that’s just the beginning. The concept ‘Anartism’ is more than that; it’s an attitude. But in order to make it clear, the eyewear brand has drafted a Decalogue of eleven commandments based on its manifesto that explain the outlook of what Anartists should do and should not.

“The Anartist reinvents the format” or “The Anartist envisions the invisible” are some of the rules to follow. And the rest of them? Don’t worry: instead of being written in boring, grey stone or in a too-long-to-read law book, Etnia has commissioned Biel Capllonch to capture its pure essence. The photographer has created glossy and surreal tableaux-vivants that represent the principles enlisted in the Decalogue. The atmosphere is highly provocative and movie-inspired, recalling the surreal and pulp mood of iconic milestones like The Great Lebowski, A Clockwork Orange or any of the many movies created by visionary minds like Tarantino or Lynch.

In one of the pictures a fully tattooed guitarist ends up playing his music in front of a bunch of creepy anthropomorphic monkeys, giving visual form to the first rule of the Decalogue: “The Anartist respects and does not judge the public”. And we can also find an uncanny Uma Thurman-looking model laying in a bath full of banana peels that stands for “The Anartist creates without logic or intent”.

But this is not the first time that the brand adds an artistic flavour to its collections. Since Etnia Barcelona was born fifteen years ago, its founder David Pellicer has worked in order to put his colours in the frames. Pellicer followed the family’s passion for sunglasses, being initiated by his grandfather Fulgencio Ramo and spending his childhood surrounded by glasses. But, oh, his grandfather would have never imagined that, one day, David would be collaborating with photographer Nobuyoshi Araki, using Yves Klein’s blue pigment, or presenting a Baquiat-inspired collection in New York City.

But fashion and art are about looking at the future. So now it was time to reframe the artistic essence of the brand into a proper movement with its own manifesto, which marks the style of its all three lines: the Orginal Collection, the most colourful one; the Vintage Collection; and the Advanced Collection, based on minimalist designs. Anartism aims to be a living state of the brand, not simply a temporary campaign. It will evolve and it will bring more pictures and more content with it. Stay tuned to see what the future has in store for Anartists! 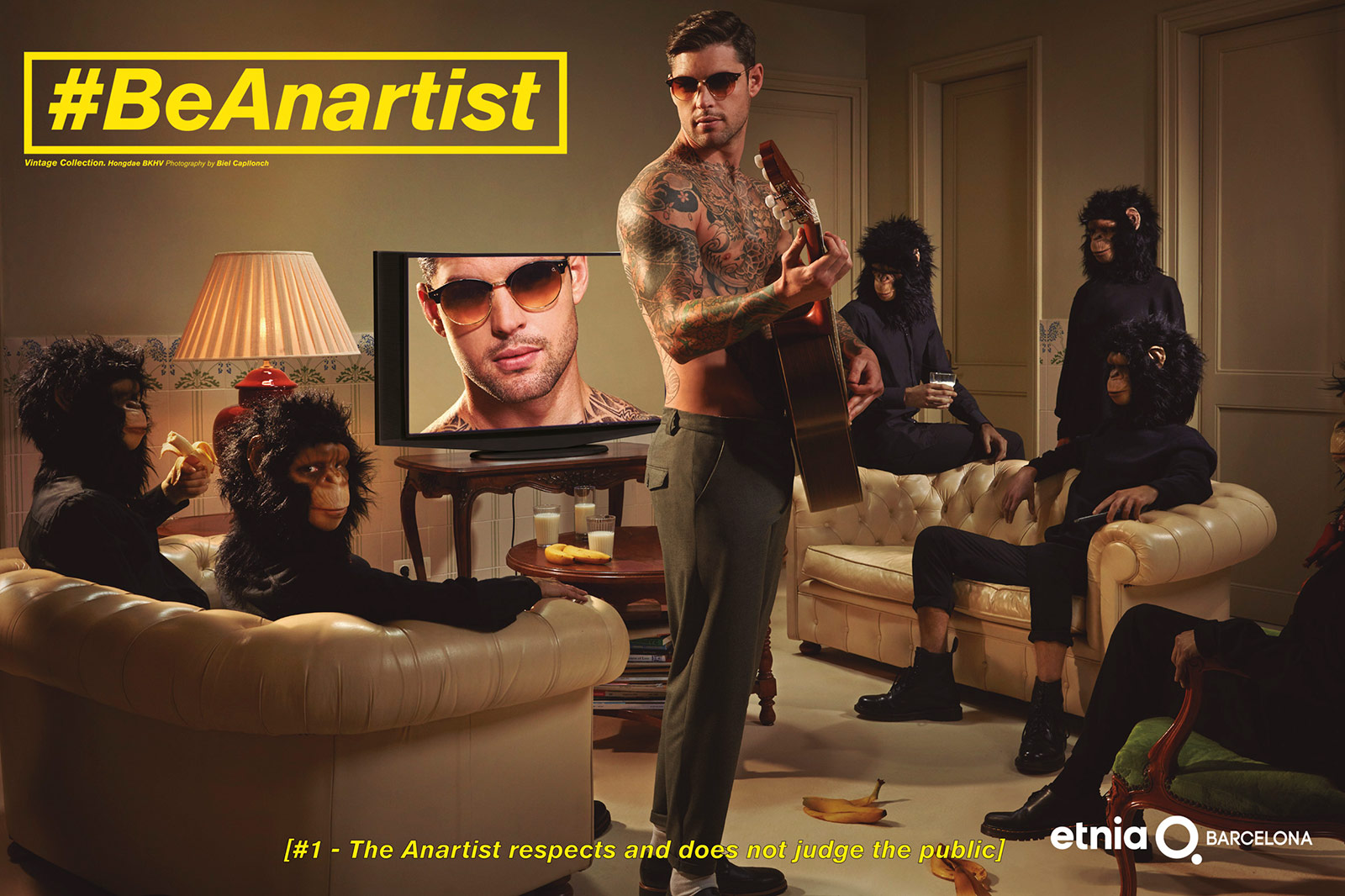 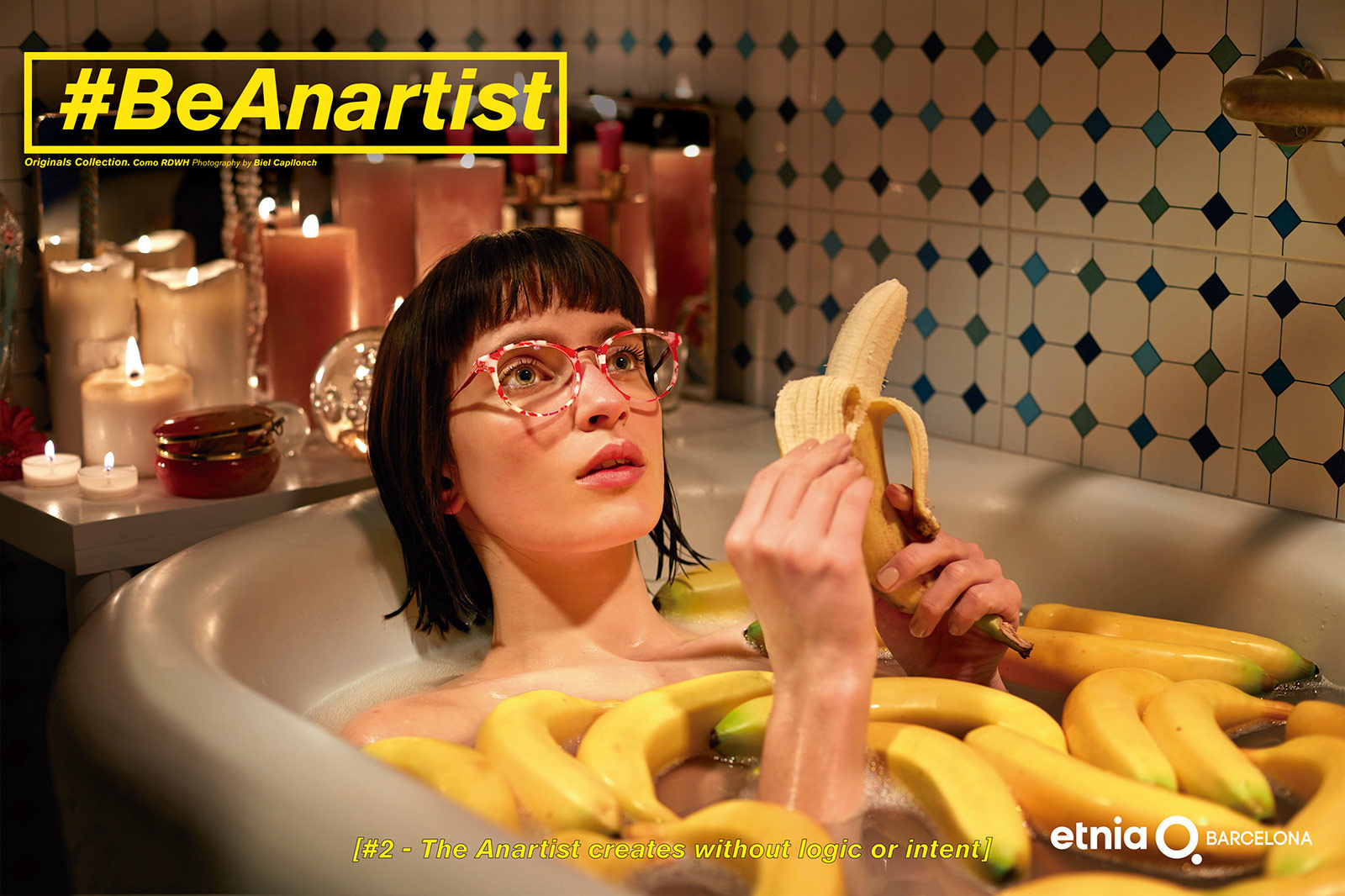 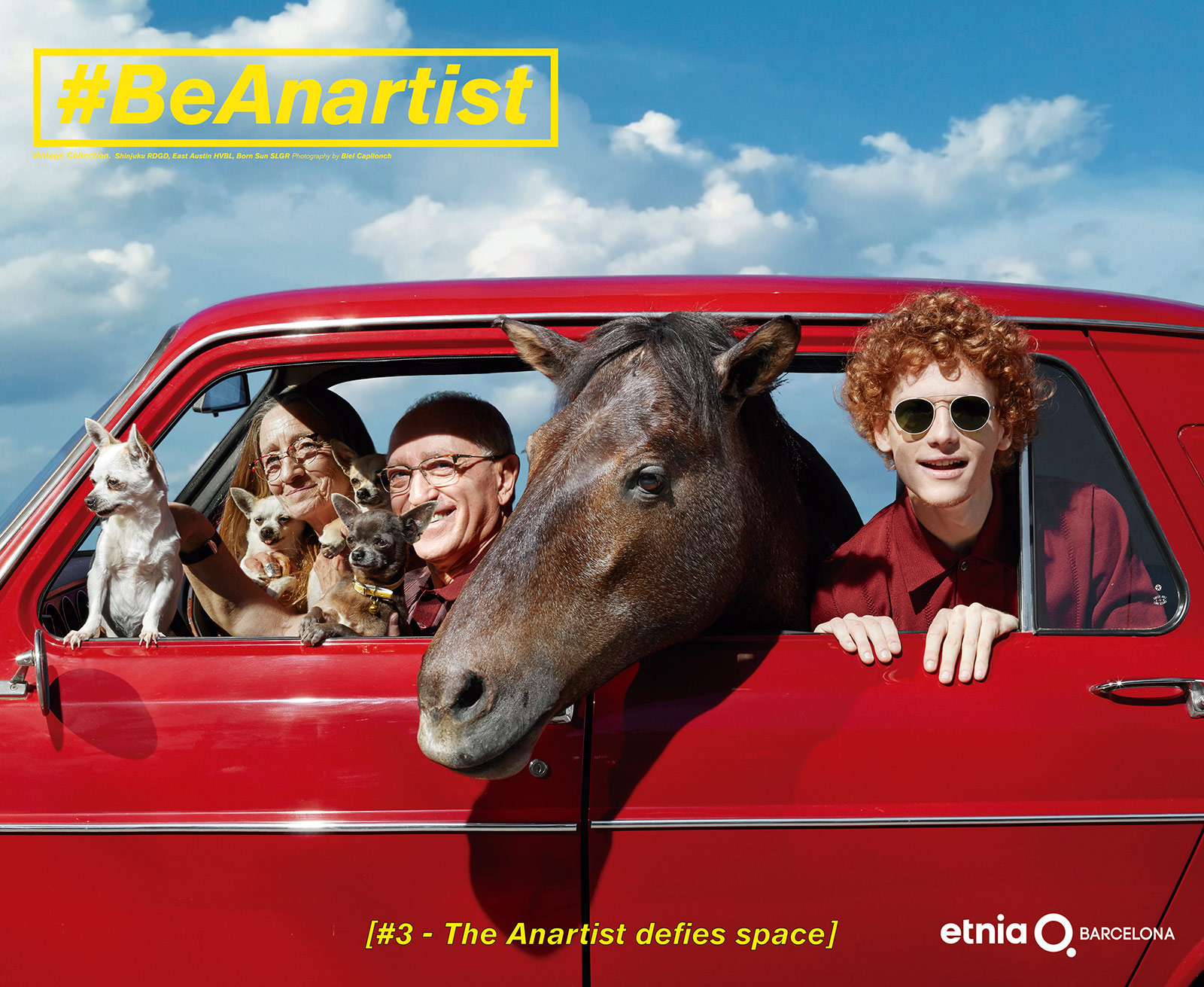 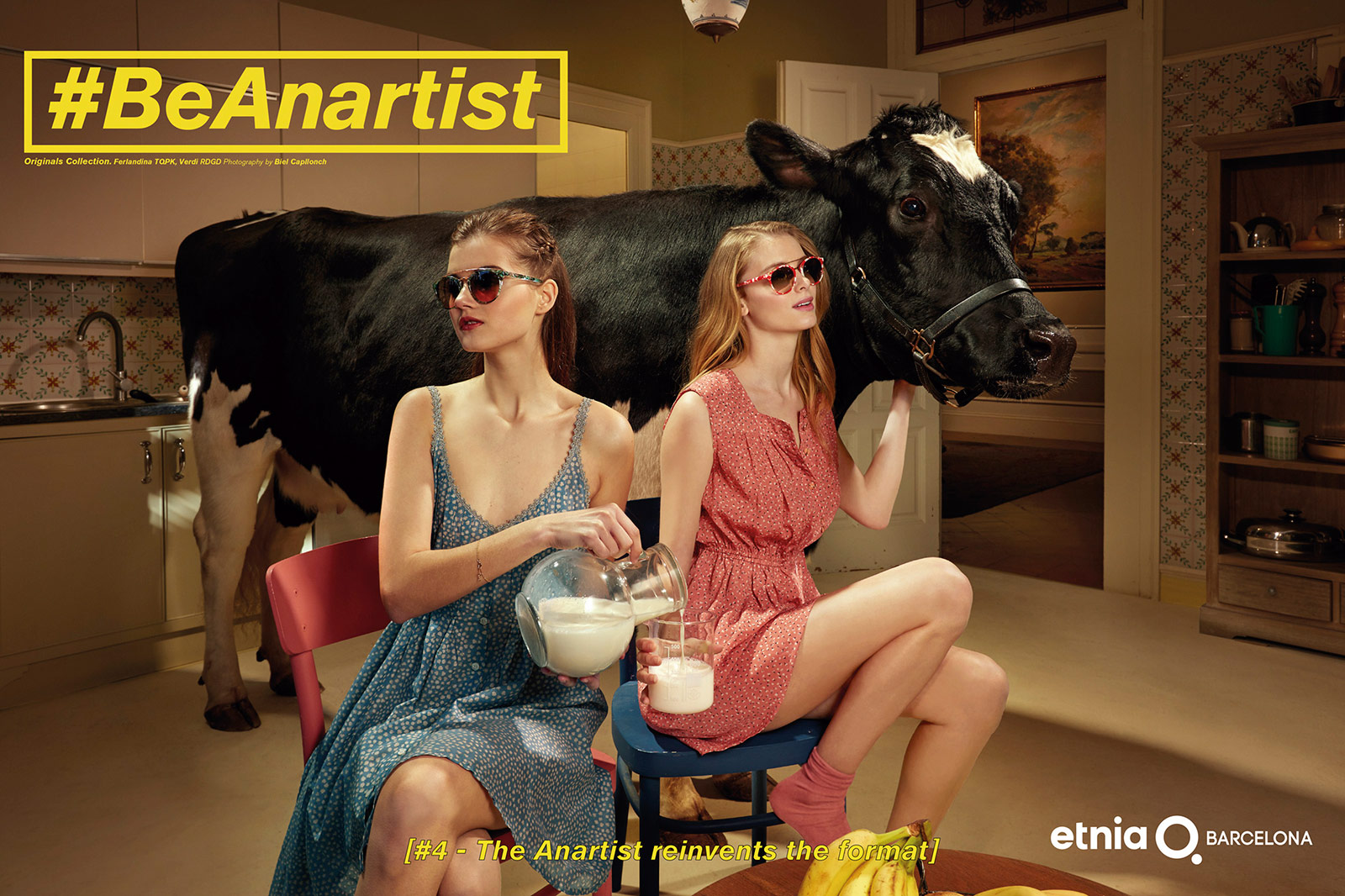 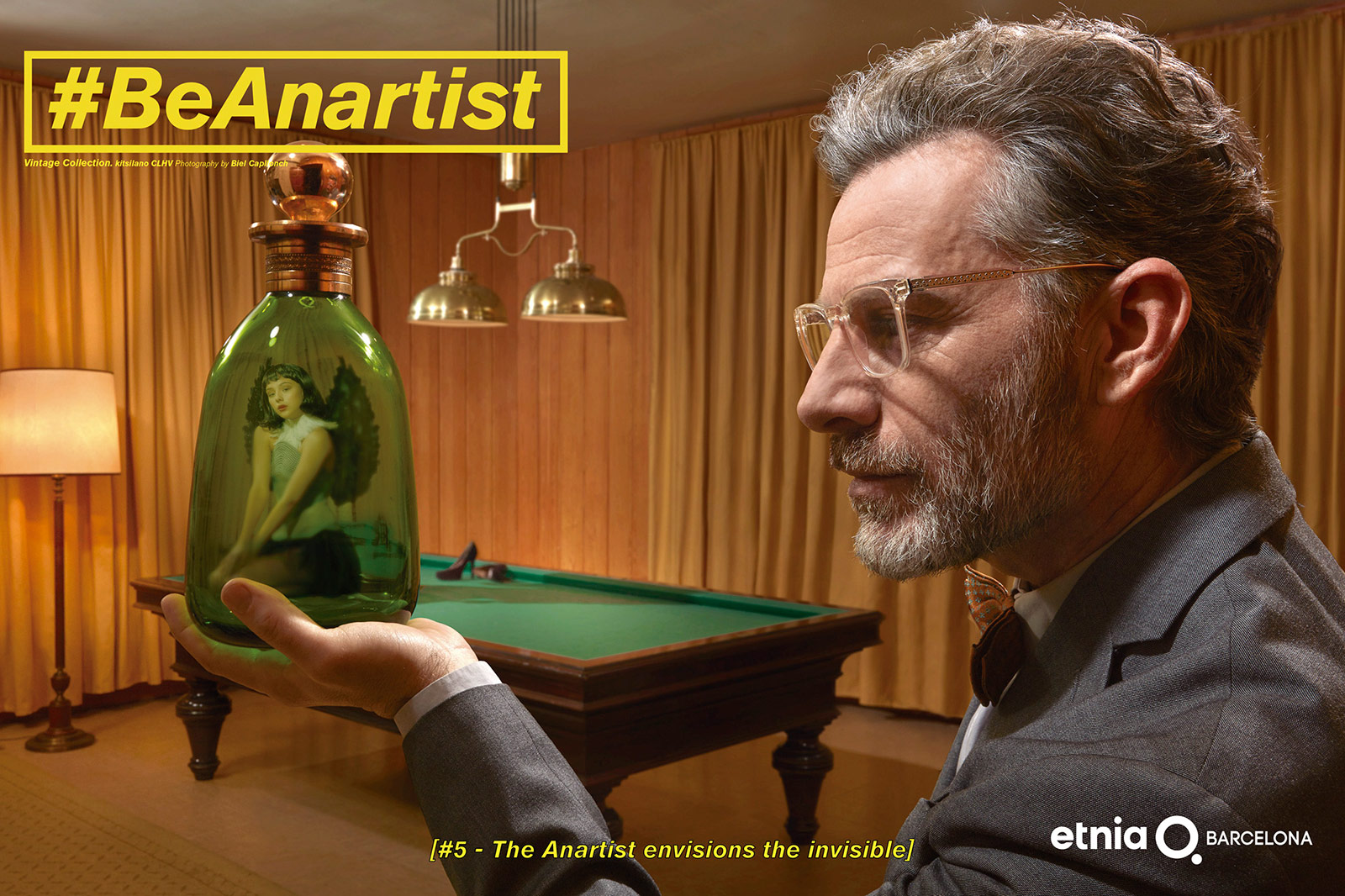 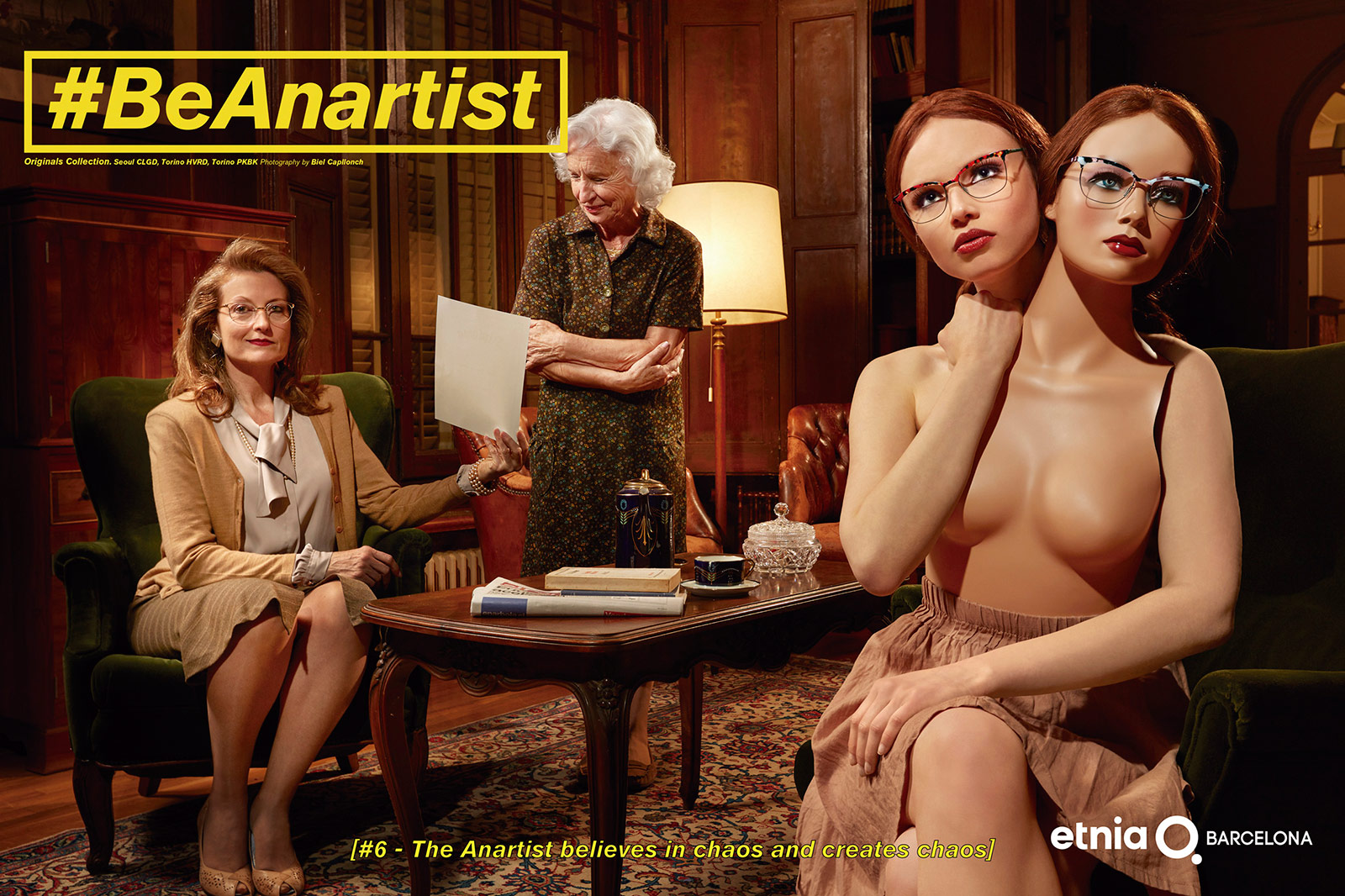