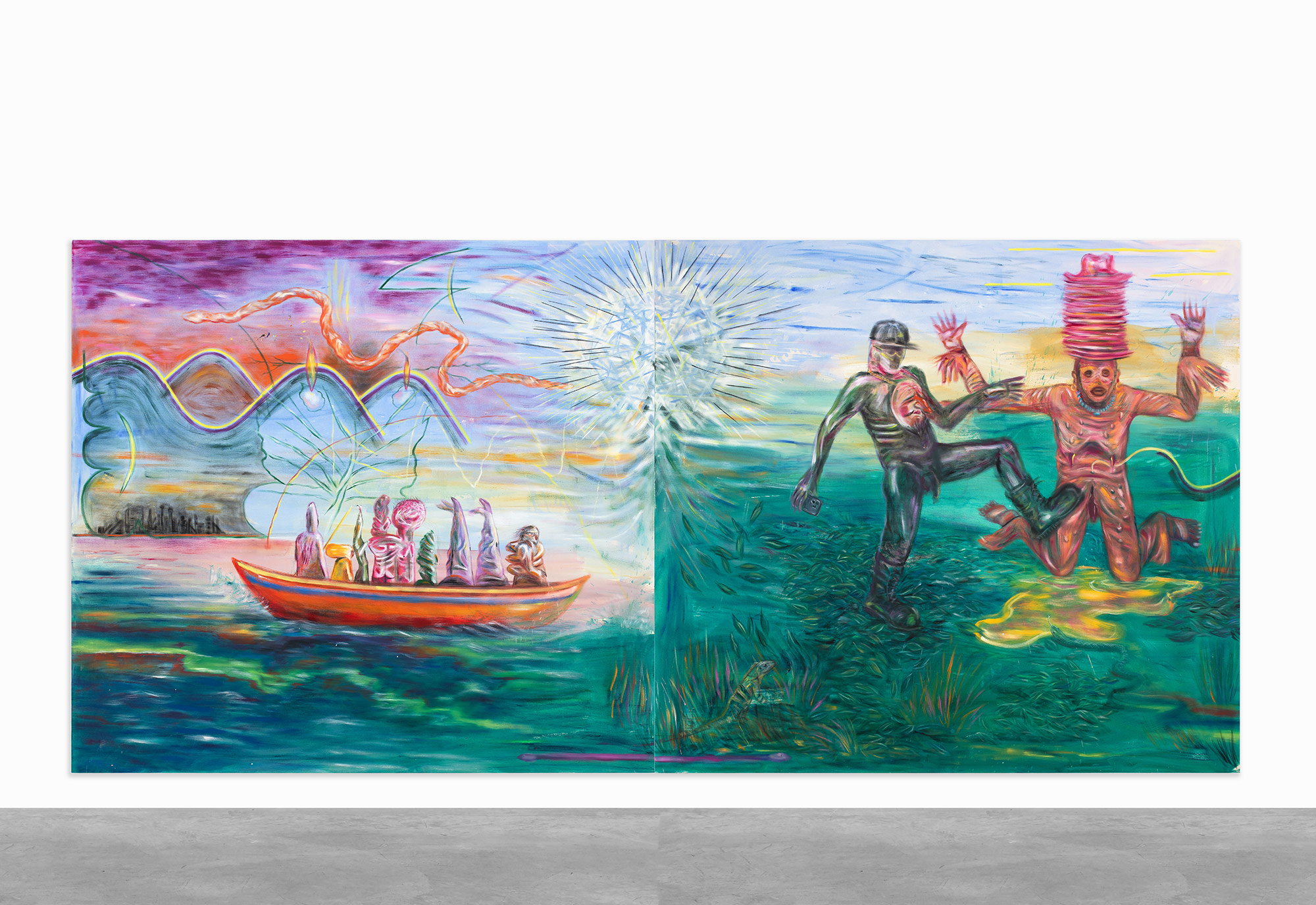 We pass on stories from generation to generation, these are modified slightly each and every time they are told. Some gruesome, horrific tales tend to evolve and further lean into fantasy, leaving out some facts. This is how stories can become embellished and end up becoming myths rather than the telling of historic events, however, who says that they can't actually be real? Or, better yet, who cares if they're not one hundred per cent accurate? Bayrol Jiménez explores this in his exhibition News from the Netherworld, now on view at Peres Projects in Berlin until March 18, through the telling of pre-hispanic Mexican stories.
In this exhibition artist Bayrol Jiménez retells myths from battles, such as Emperor Moctzeuma II against the ancient Toltec king Huemac, as well as battles from the Spanish conquest of the Aztec Empire. He tells these stories through these large-scale oil paintings, stripping symbols from their canonical meanings, creating his own code or language.

Bayrol Jiménez manages to portray – through the infinite color ranges that characterise his creations – this, unfortunately, natural predisposition that humans have to be cruel against each other. He does so by showing these phantasmagoric creations that show this netherworld, this evil side, while also showing in an exceptionally peculiar way, the way of life, culture and tradition of the Toltec culture, which has forged the being and wisdom of the Mexican people to this day.
Check out Bayrol Jiménez's exhibition News from the Netherworld until March 18 at Peres Projects in Berlin. 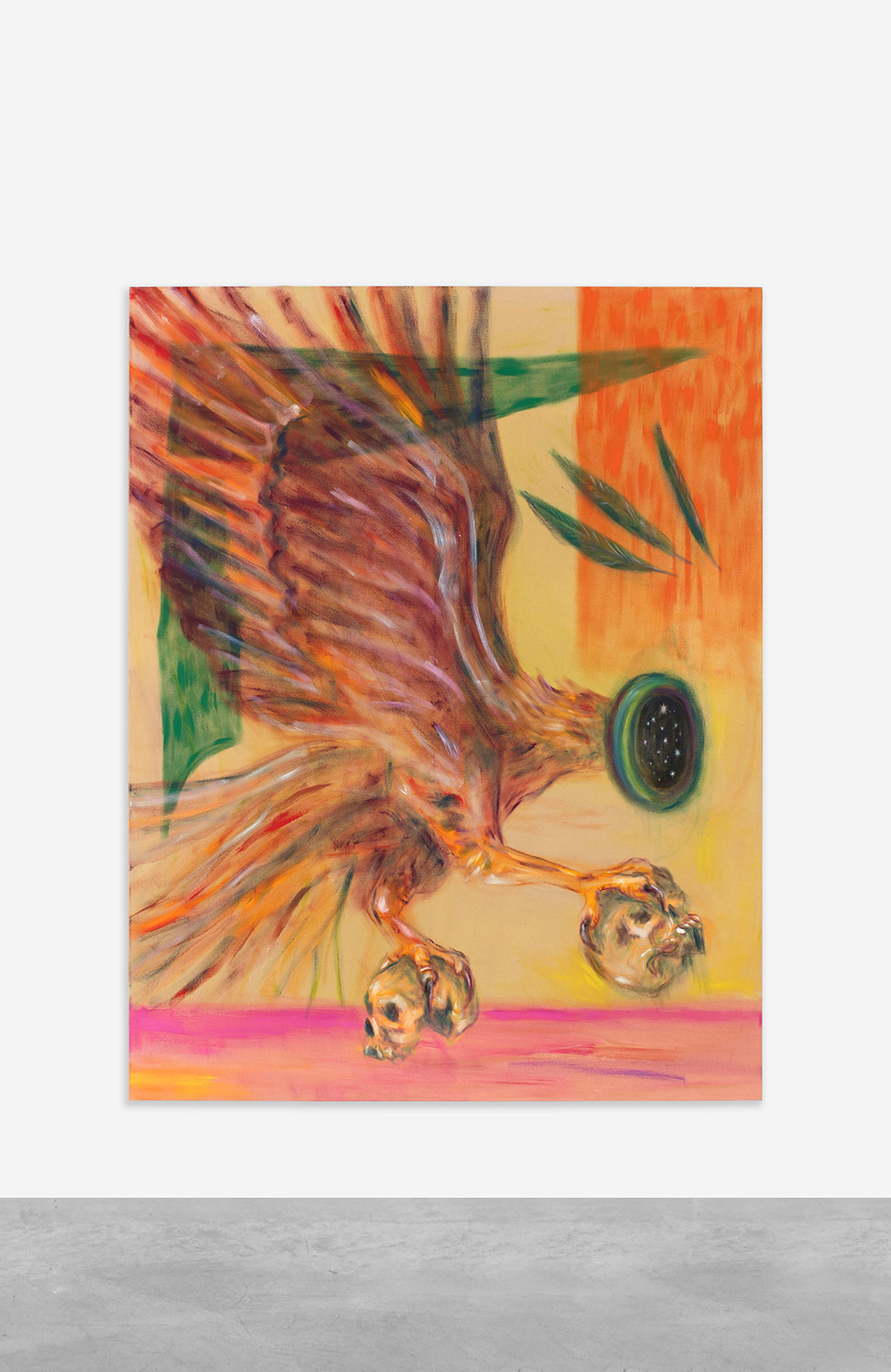 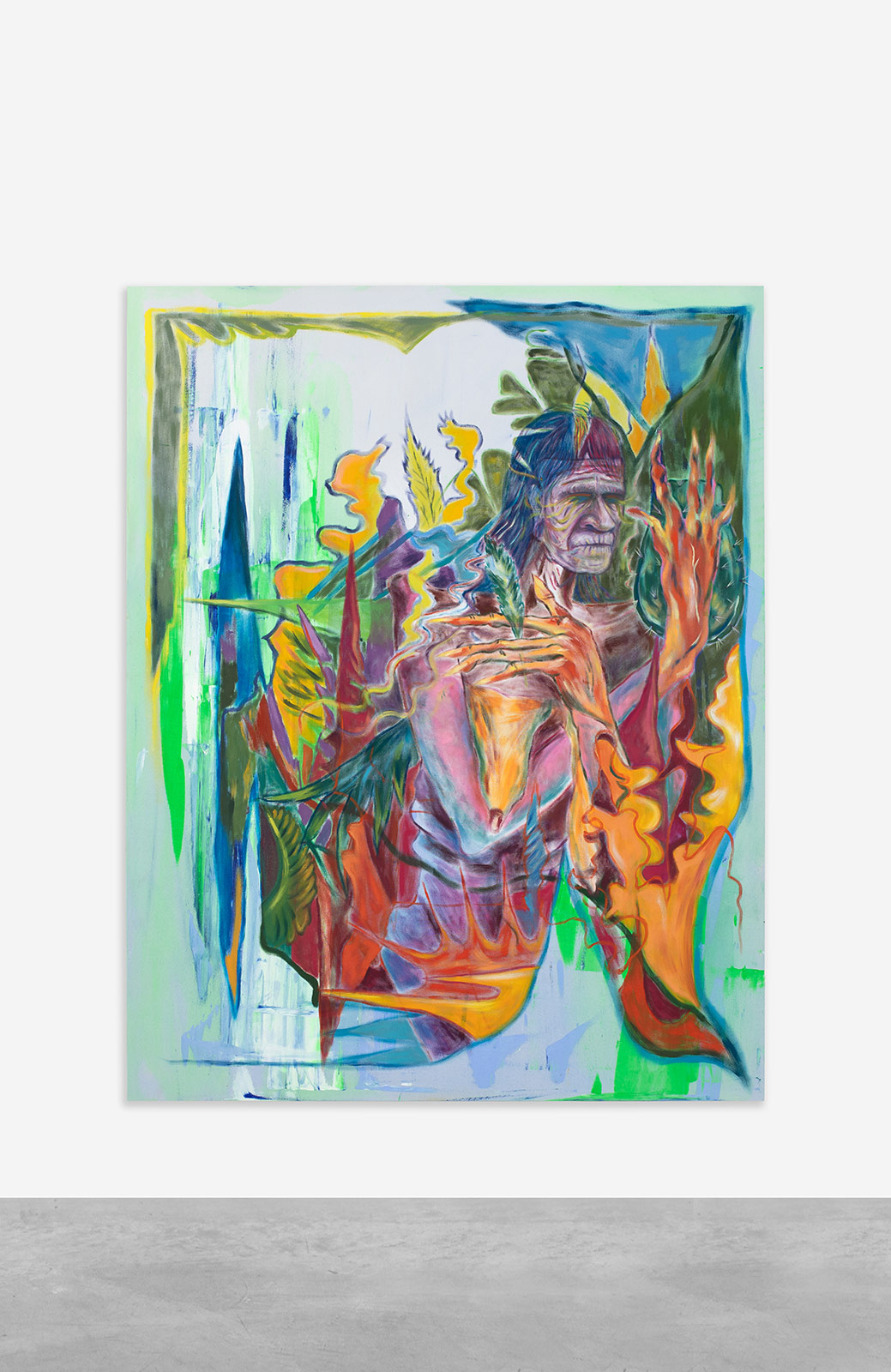 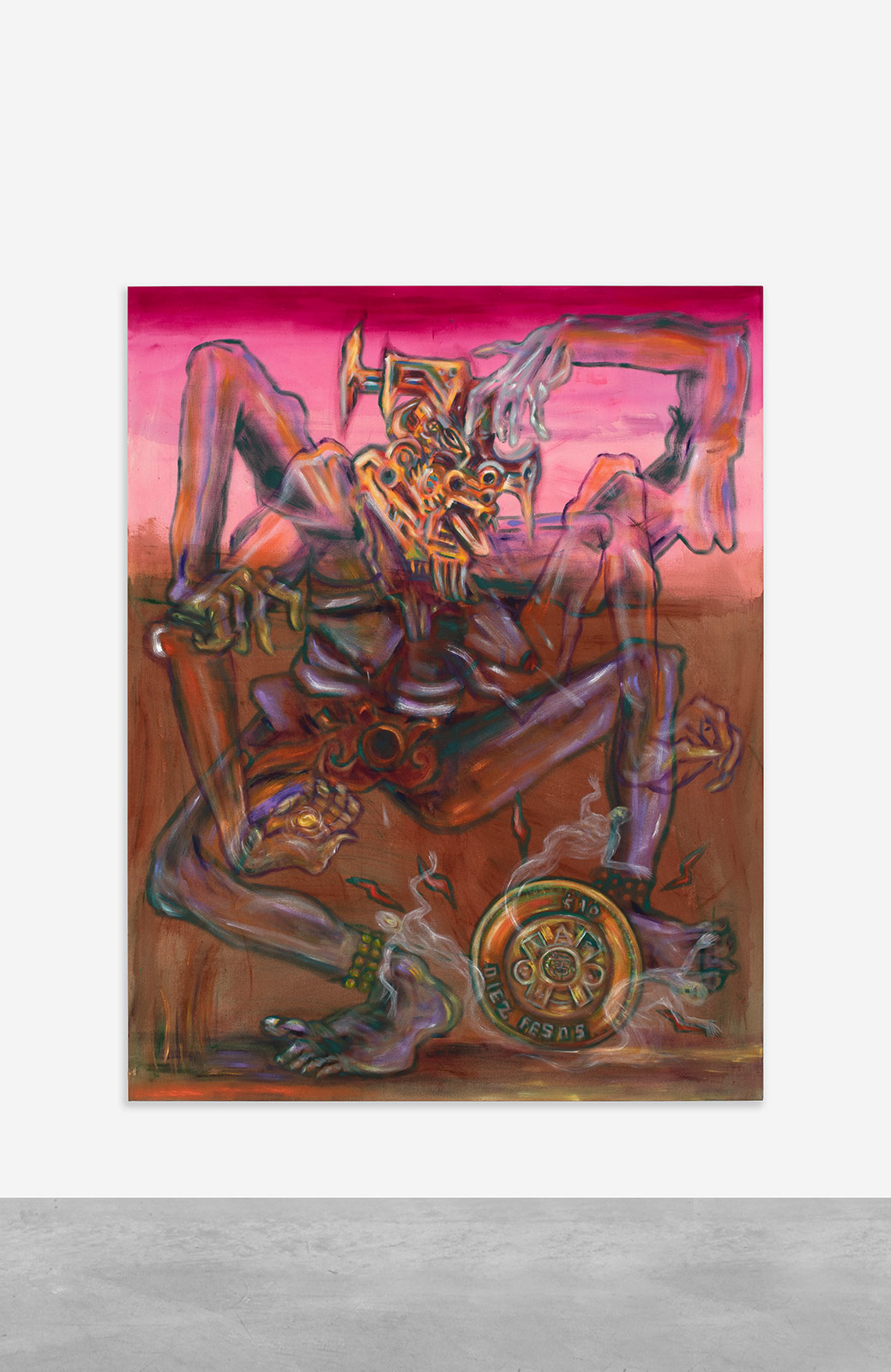 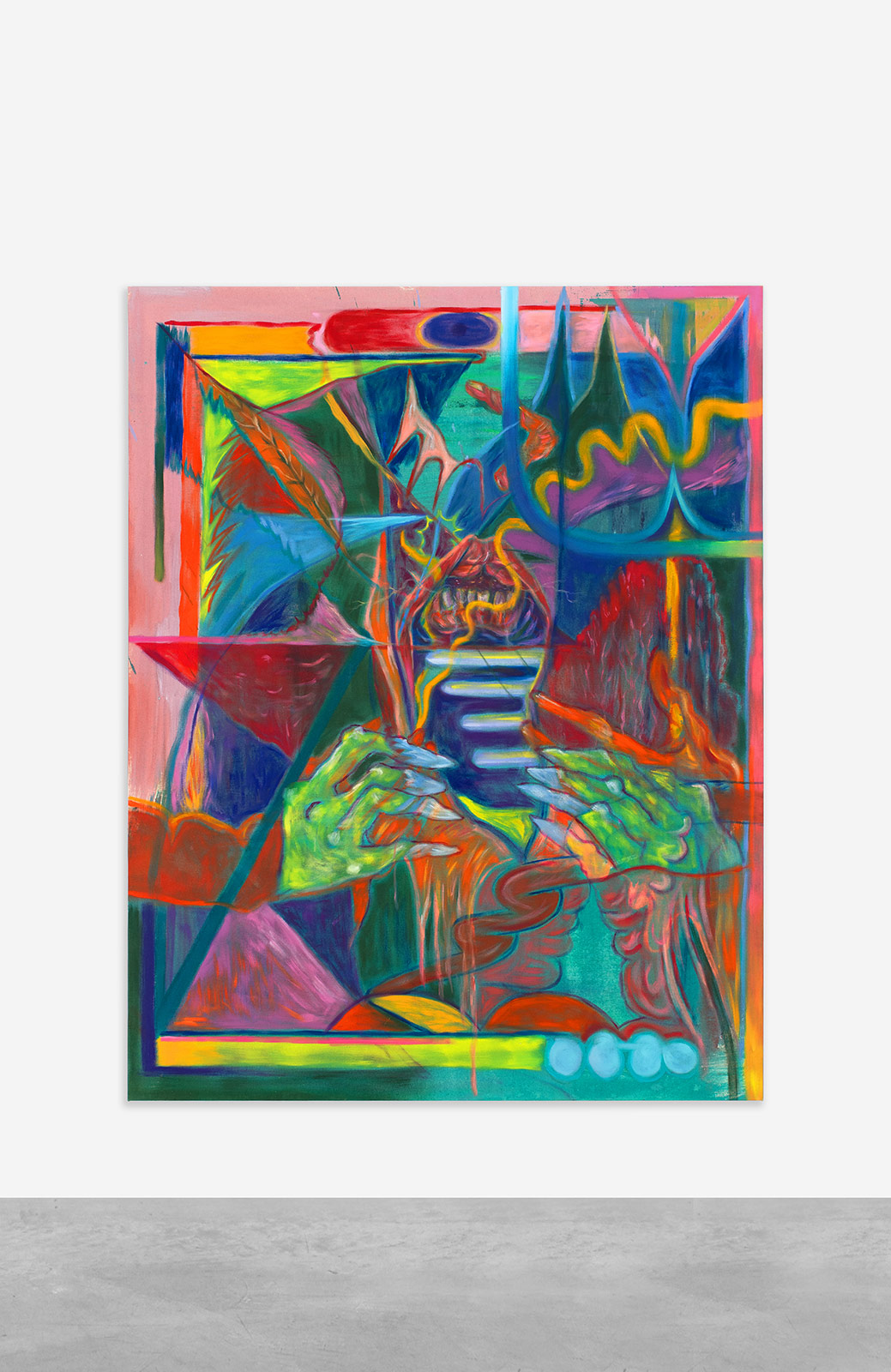 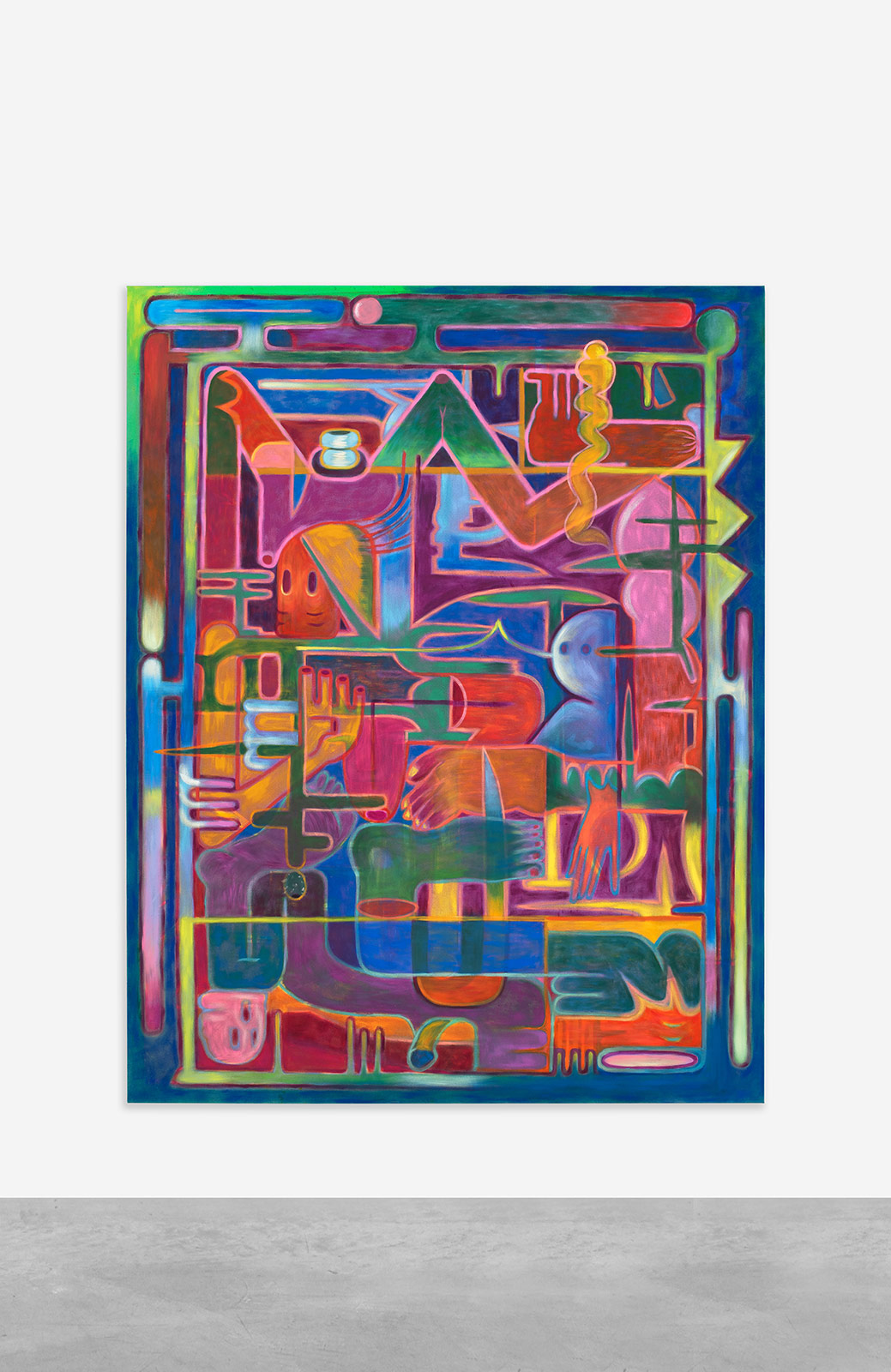 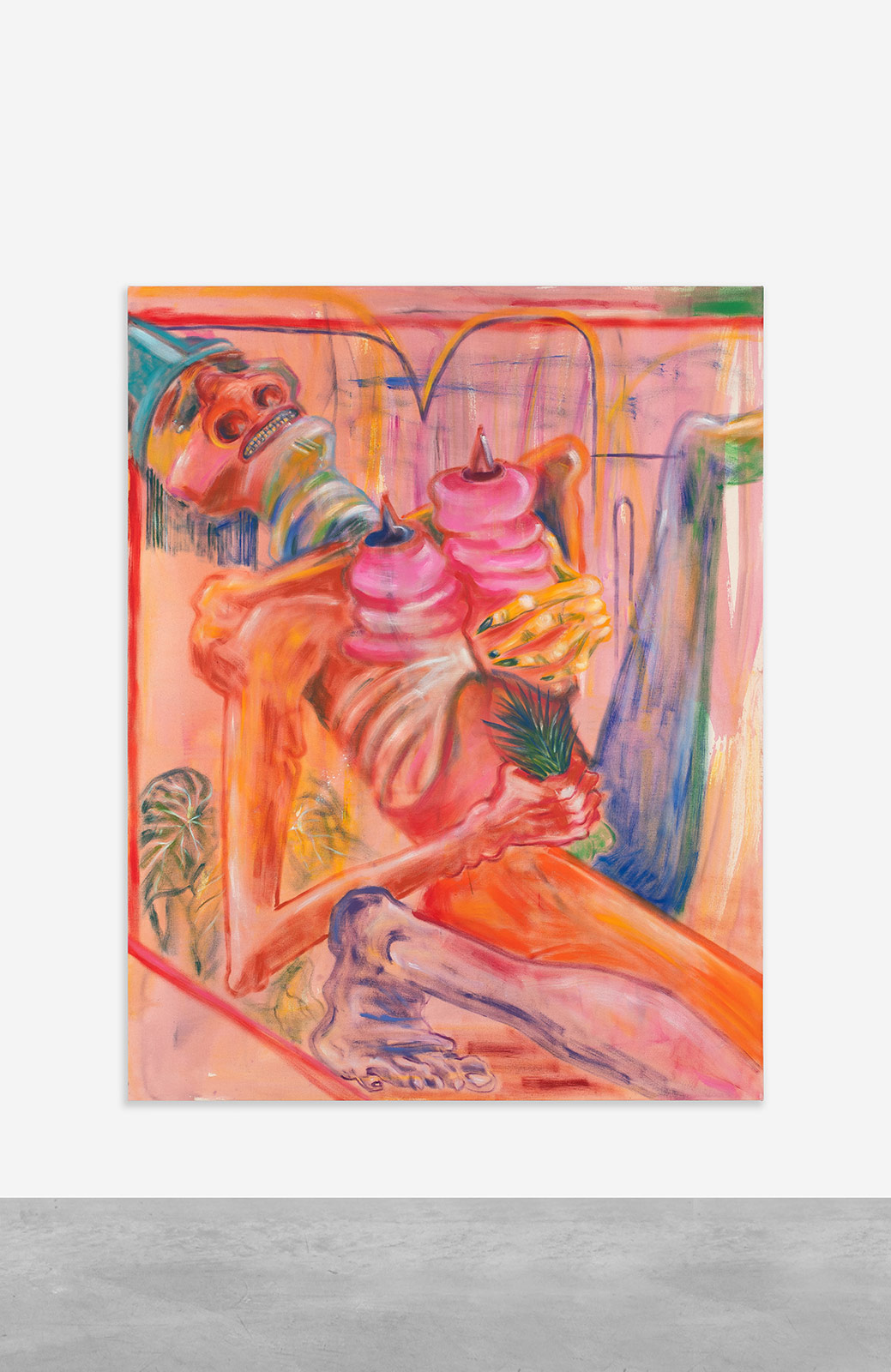 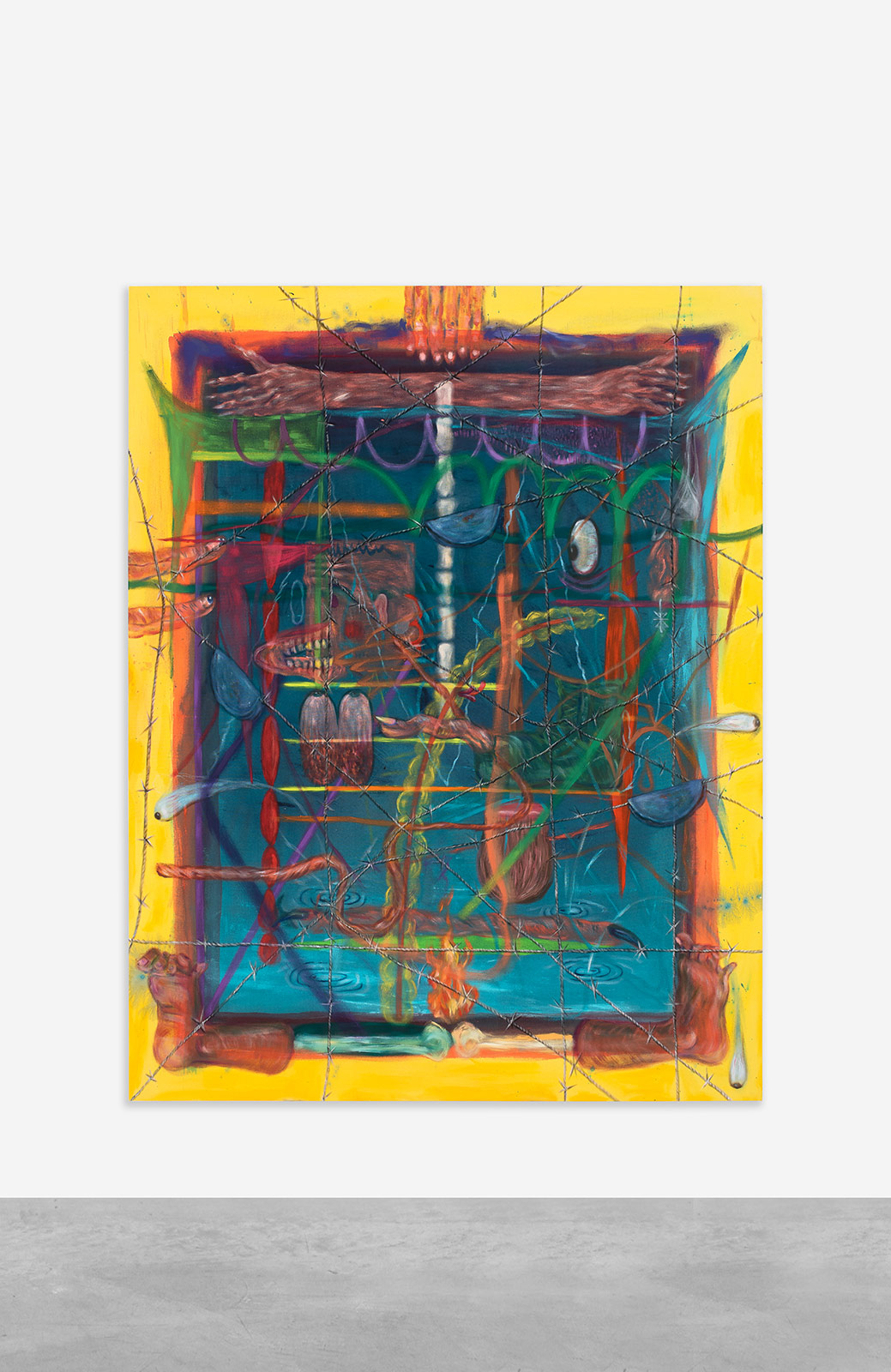 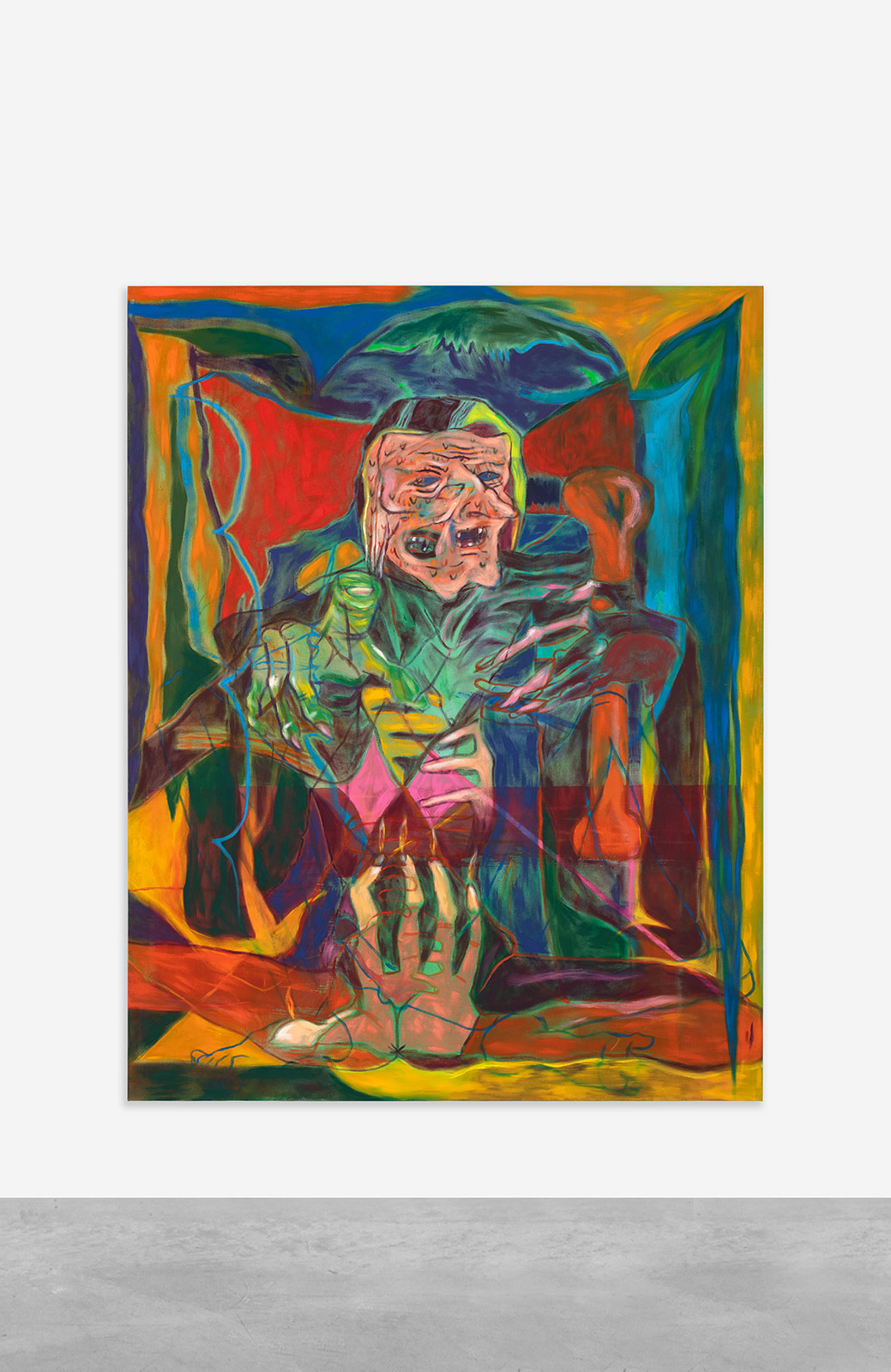 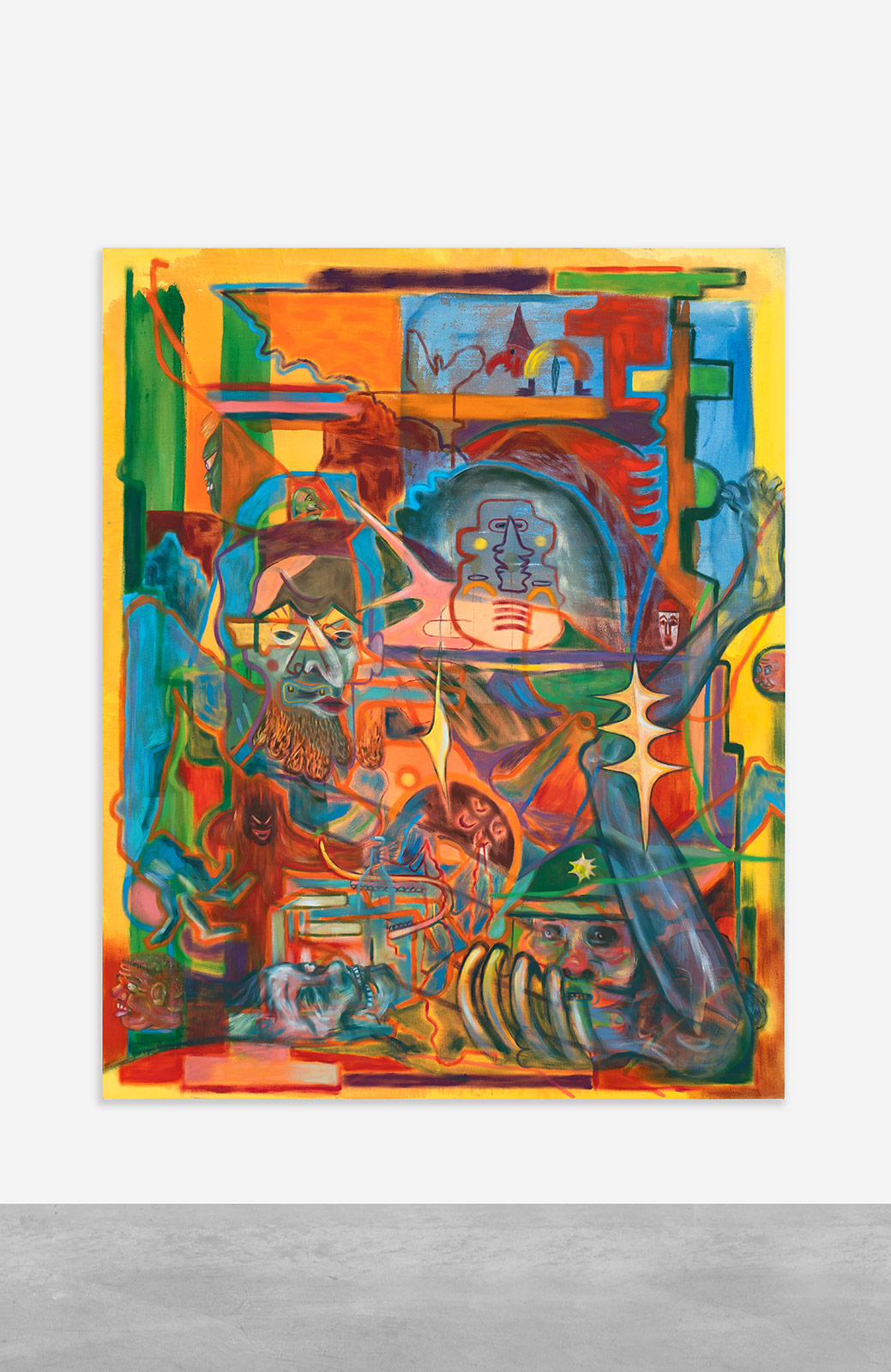 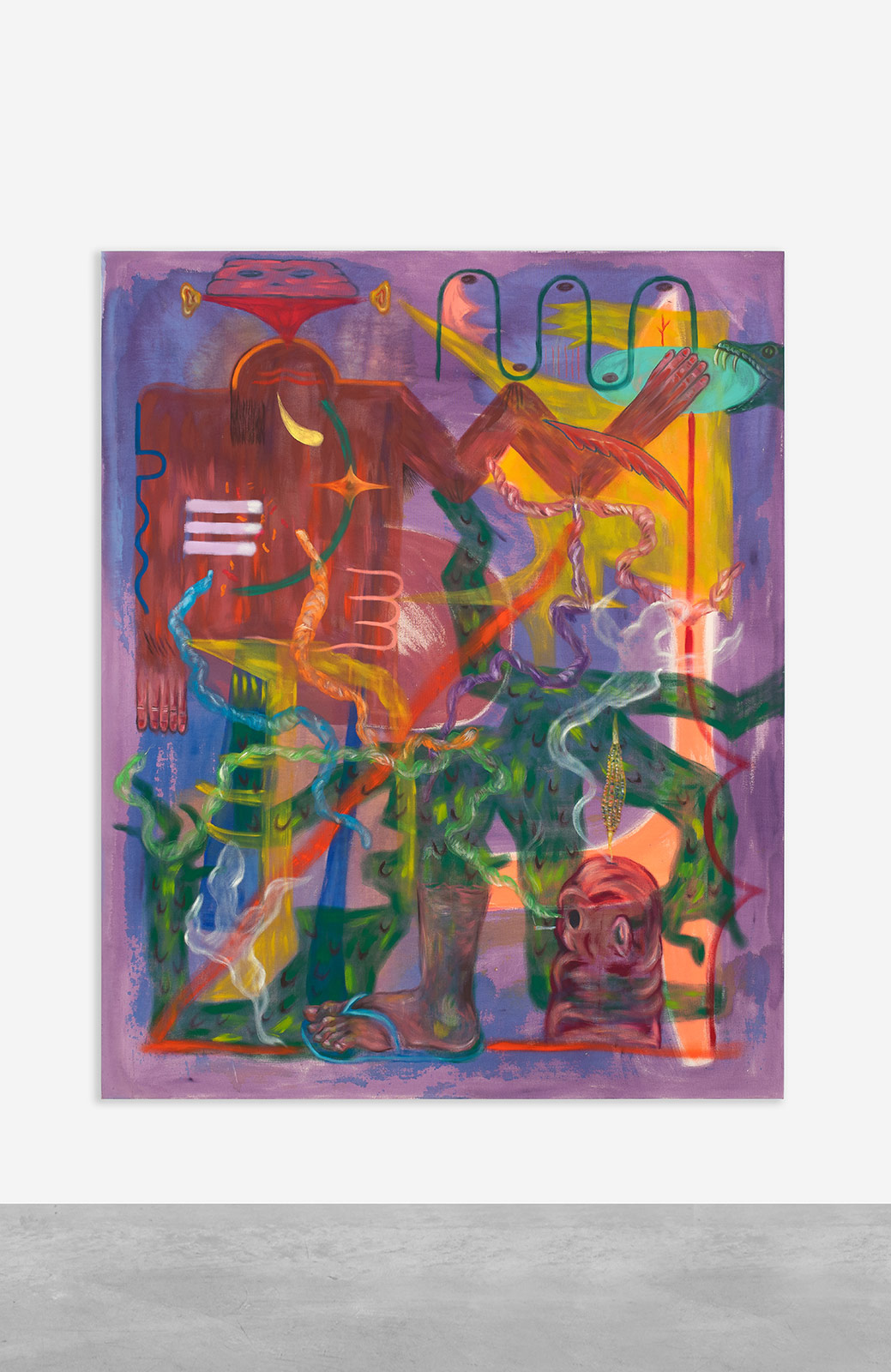