A house for Essex by Grayson Perry 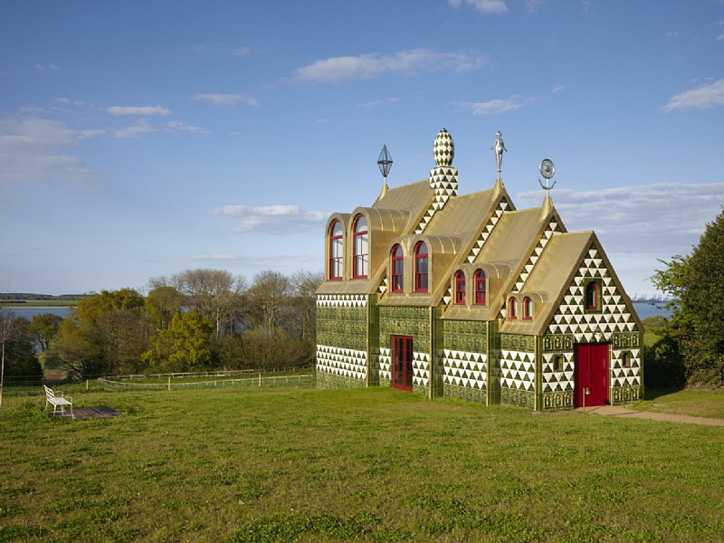 It could be a chapel for pilgrimage or Harry Potteresque magic cult, a scene from “Suspiria” by Dario Argento or even a representation of a kitsch matrioshka with infinite interior spaces fulfilled of colors and simple opulence. An acceptable oxymoron if we go deeper in Grayson Perry’s work, its British designer, winner of the Turner prize in 2003 and internationally known for his work with potter and exhibitions such as “The tomb of the Unknown Craftsman” or “Provincial Punk”, among others.

Perry goes beyond the limits of art and talks about the hurtfully process of becoming an artist with the same easiness with which he dresses as a woman and breaks all the clichés about his feminine alter ego. His interventions in BBC’s radio program The Reith Lectures recall a lot of his subversive and irreverent thoughts on the hard process of judging the quality of contemporary art.

A House for Essex is his latest success, included in project Living Architecture. This step forward tries to commercialize a conceptual design of holidays, emphasizing the value of modern architecture through houses in uncommon buildings across Great Britain. The Balancing Barn is another work, projected by Dutch architects MVRDV, that holds the same idea: a unique house which can be rented for weeks to vanguard lovers and people passionate about the architectonical experience; to those who dream of an exclusive design space for a few days. In this case, it is a barn house that seems to be hanging in an impossible suspension in the middle of Thorington’s countryside.

A House for Essex takes this exact holiday concept and gets inspired by the fictional tale of a woman from Essex called Julie. She came back to the village in the 50s to live together with her second husband, who, in truly mourning after her death, built a house in memoriam. The romanticism is all over the house’s walls, with an iconography about Julie’s story in a sort of eccentric and baroque Taj Mahal that Perry imagined and has dedicated to all anonymous women around the world.

Guests at House of Essex shouldn’t be alarmed by the fact that half of the nights they will be waken up by the echoes of a Byzantine ghost or by the sound of a Fabergé egg hitting noisily the potter floor and mosaics, which are part of the decoration made by the artist. The heraldry and the tapestry, the red and the gold, take us to an excess of the forms, materials and colors that tries to fit in the conservative landscape.

Located in Wrabness, the access is well connected from London, Harwich and Colchester. The hotel occupancy is for a maximum of four people, with two double rooms included, and it is full until October, when the reservations period will be opened again and we’ll be able to enjoy the settlement, renewed thanks to push of FAT (Fashion Architecture Taste) and to Perry’s talent. 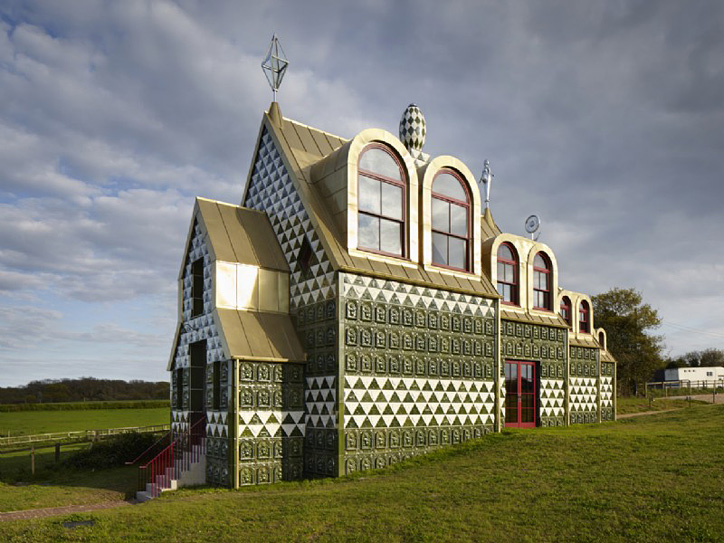 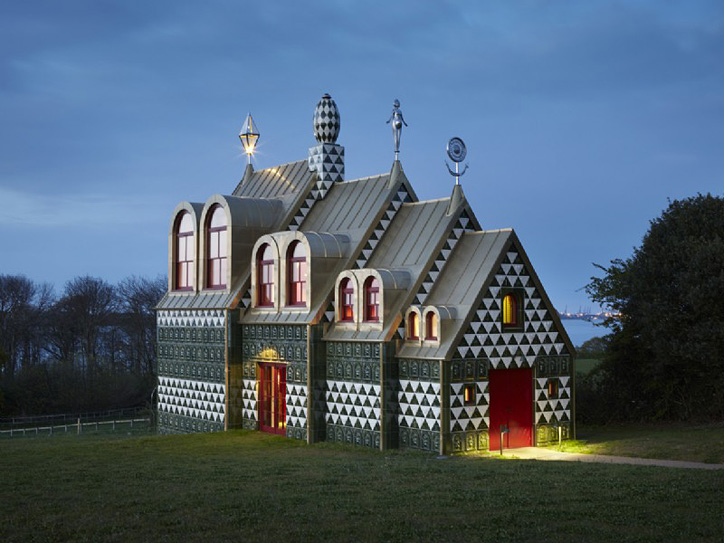 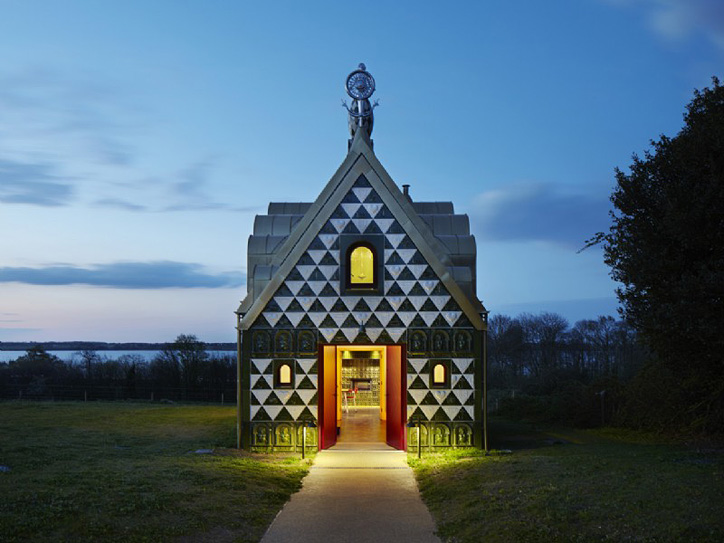 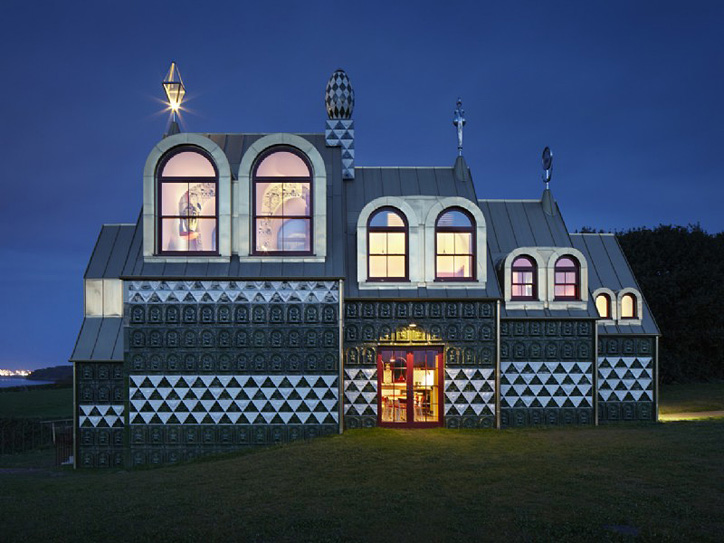 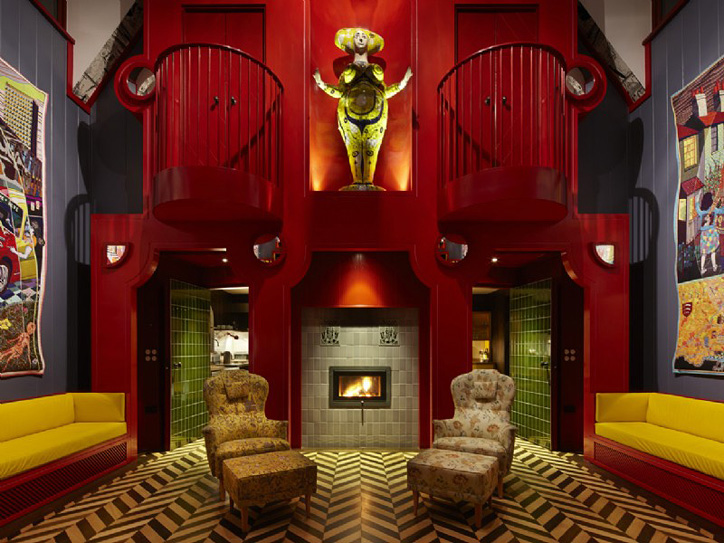 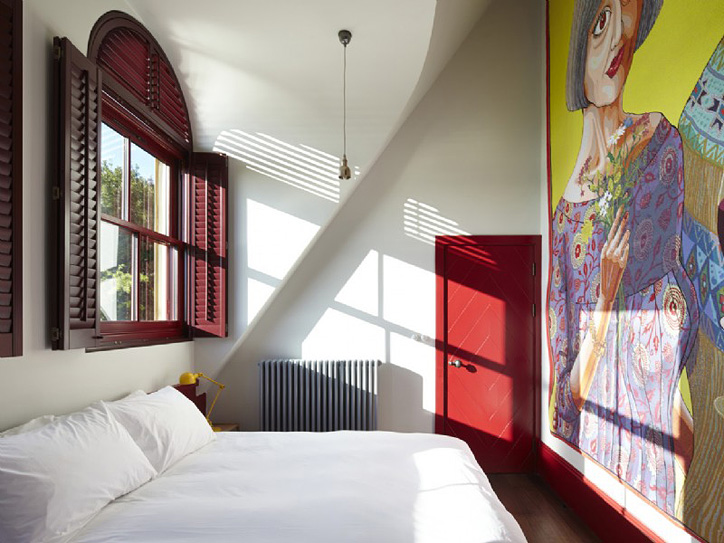 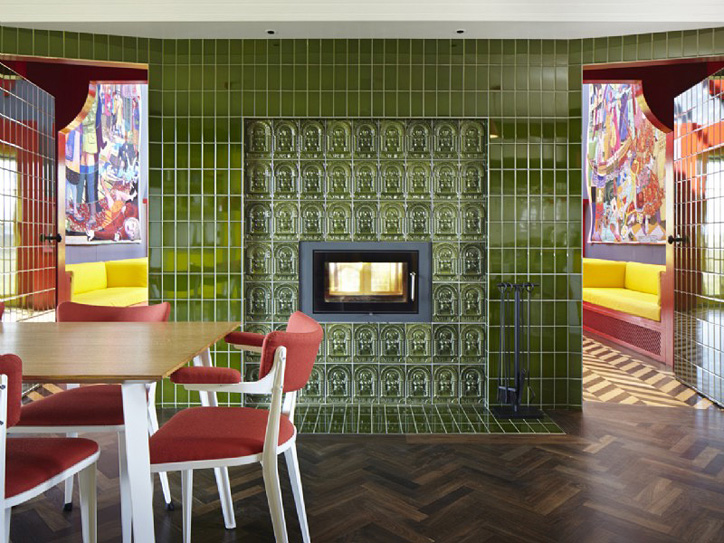 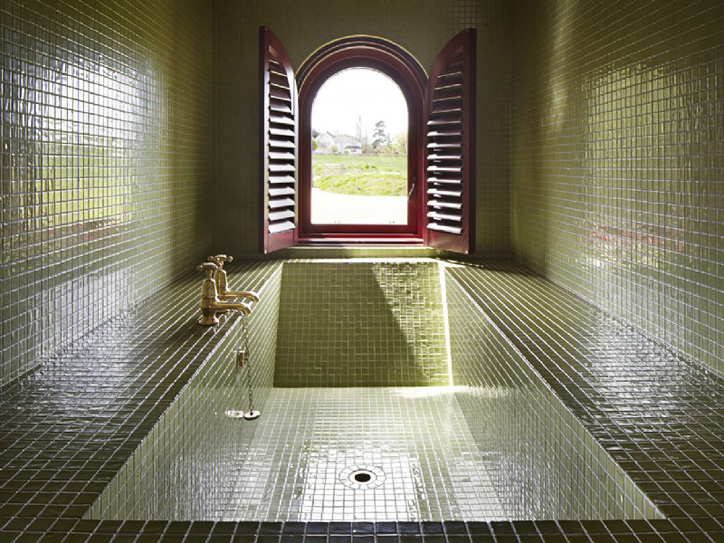 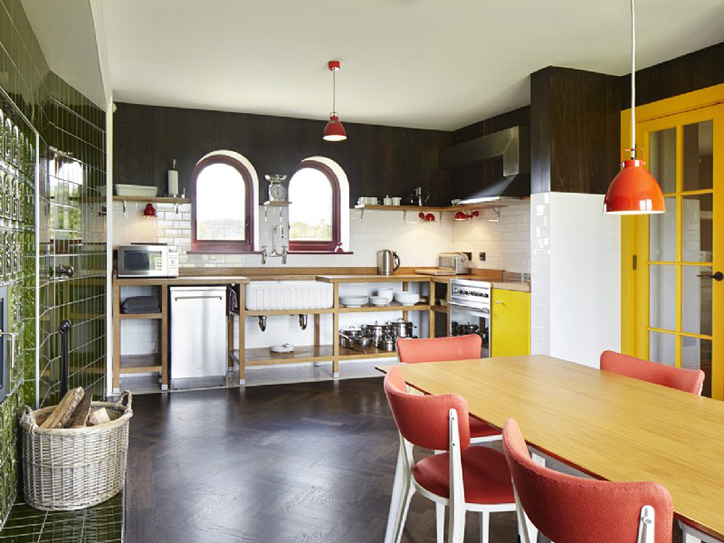 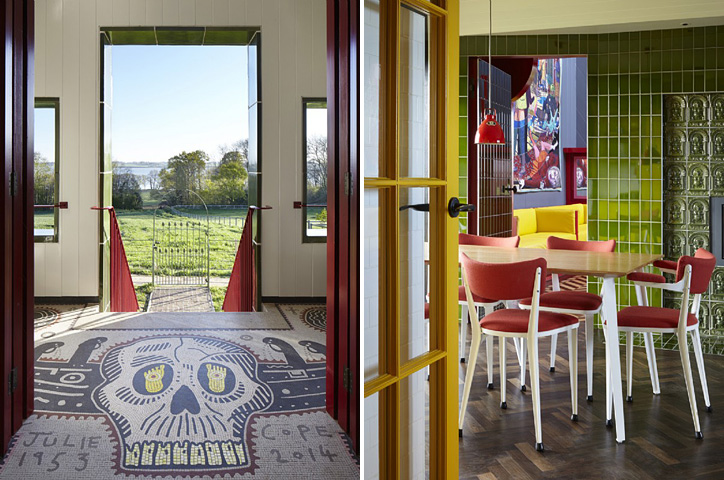 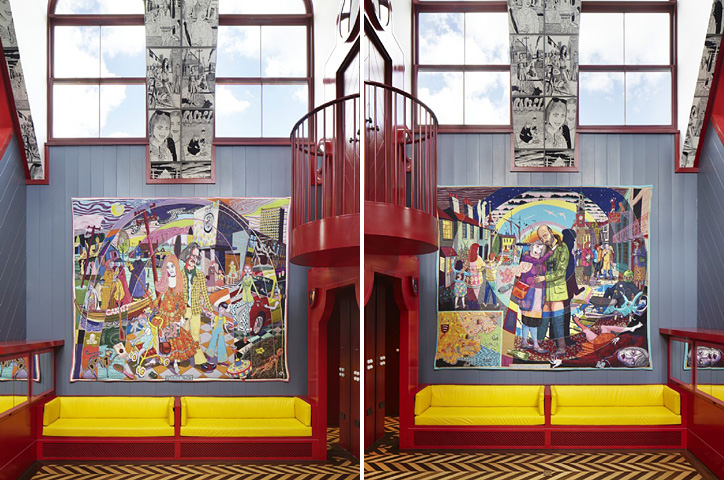