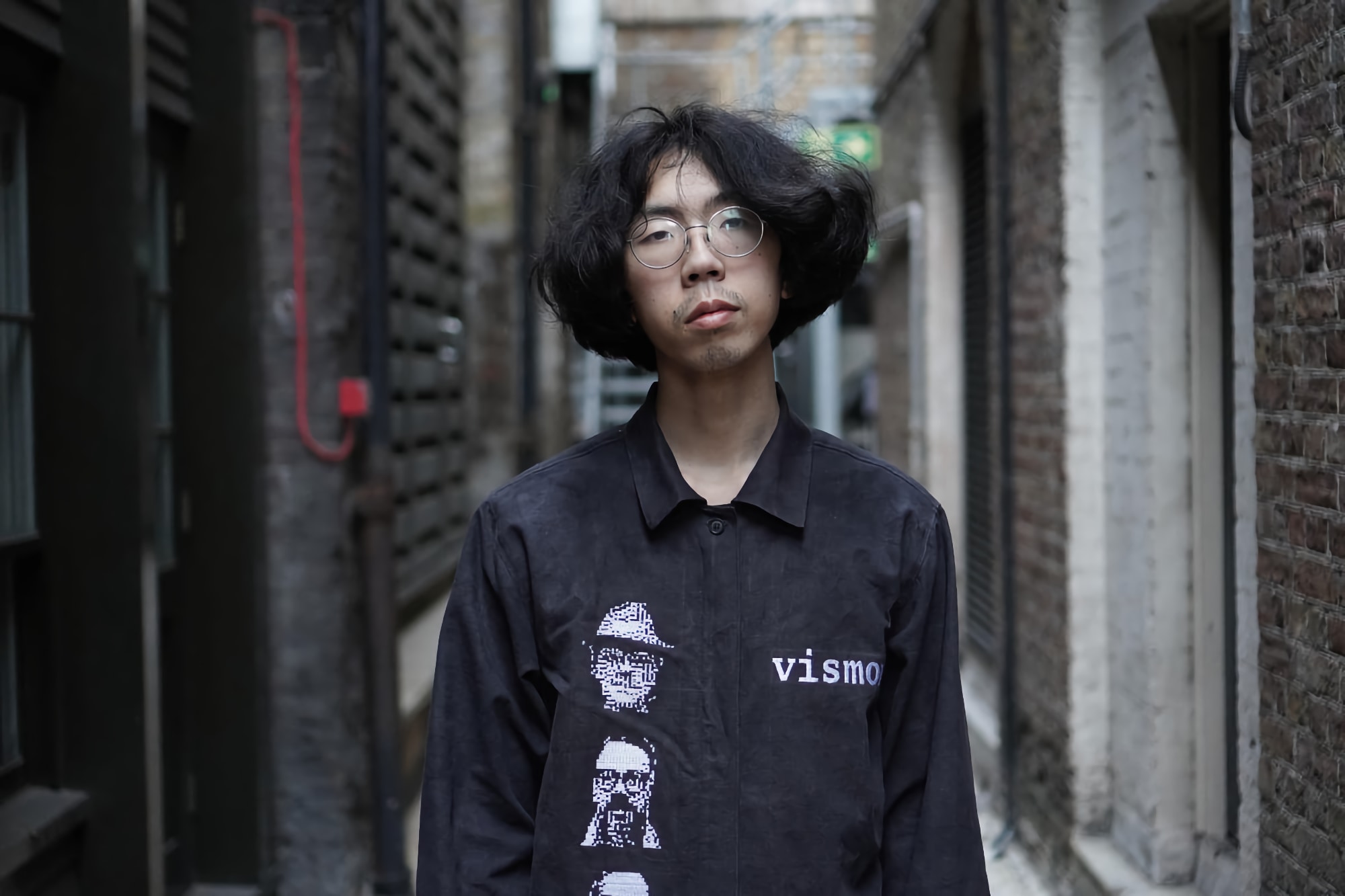 For some, finance appears to be rigorous, analytical and rational. For Gary Zhexi Zhang, there’s more than what meets the eye. The London-based artist is a resident at Somerset House Studios, and lately, he’s been interested in financial fictions. In this interview, he discusses the intersection between finance and astrology before delving into his recent oratorio with Waste Paper Opera.
Firstly, could you please introduce yourself to those who do not know you?
I’m Gary Zhexi Zhang. I’m an artist living in London, and currently a resident at Somerset House Studios. Before the pandemic, I was studying and teaching in the United States. A lot of my work explores the edges of amorphous concepts like economy, ecology and nationhood. I’m interested in how they change, how they fail, and how they shape forms of belief and social organisation. I’ve worked across various media with video, installation and sculpture, as well as writing, websites and digital simulations. My most recent project, a collaboration with Waste Paper Opera’s Klara Kofen and James Oldham, was an oratorio, an hour-long operatic and choral performance.
A lot of your recent work explores financial fictions, such as financial astrology. Could you please explain what that is and what about it inspires you?
I got interested in finance because it seemed like the mother of all speculative practices. It invokes this very technical, rationalistic image of bankers and analysts, but it’s also akin to a kind of magic – a way of shaping reality through belief – which plays a hugely powerful role in the world. In their way, art and technology have also both become intensively speculative practices – their purchase on the imagination is often predicated on promising radically new or ‘disruptive’ visions – except they rarely make good on these claims, whereas here was finance, this speculative machine that organises so much of our daily reality.
Financial astrology is pretty much what it sounds like: the use of astrology, the interpretation of celestial movements, to gain insight into financial markets. When I was living in New York, I got to know a financial astrologer called Henry Weingarten, who has been advising traders on Wall Street since the 1980s. Later I met others working in the City of London, too. I became fascinated with this intersection and started to realise what seemed bizarre at first made a lot of sense.

Why is it interesting to combine these financial concepts with visual art and performance? What is something special that these mediums offer compared to others?
I think about art as a way to stage encounters with sensibilities, concepts and forms of intelligence in the world that aren't surfaced otherwise. I suppose performance takes this to other dimensions of time and liveness. Like performance, finance is all about manipulating fictions, expectations and temporal structures, so it felt right to explore these ideas narratively through Dead Cat Bounce. It was a totally new form for me, though, and I’m indebted to my collaborators, Klara and James, for guiding me through that process.
Finance and astrology are often thought of as two very different fields. How do you see them being compatible with each other?
In a way, you could say that they're quite compatible. In the history of finance is also a history of how humans have engaged with time and uncertainty, a story of temporal technologies which has always included astrology among its navigational tools. Ancient Babylonian cuneiforms would mark political events, weather forecasts, commodity prices and cosmic observations alongside one another. 19th-century economists thought financial crises were caused by the sun. I suppose the skies and the stars have long been an avatar of the tension between knowledge and unknowability.
Meanwhile, in quite a practical way, the financial market is literally a machine for generating unknowability and contingency. To make money, every trader who thinks it’s a good time to buy crude oil has to be met by a corresponding seller who thinks it’s a good time to sell. Everyone is trying to ‘beat the market’ while knowing that it’s mathematically impossible to do so.
What unique value does astrology add to finance? Why is using the position of the cosmos an effective way to predict financial events, such as trends in the stock market or recessions?
Financial trading and investment are largely about interpreting events and finding patterns. Henry Weingarten would probably say that astrology is a kind of insider knowledge that gives you an edge on the market. But the astrology doesn’t replace the financial knowledge, it’s just another navigational tool. The financial astrologers I’ve encountered are extremely technical in their approach, analysing patterns between celestial movements and market data in a way that’s really not that different to a trader sitting at a Bloomberg Terminal, attempting to glean insights from a firehose of financial information. Meanwhile, traders use all manner of cycles, waves, and geometries to ‘read’ the rise and fall of markets. One style of financial trading, technical analysis, is sometimes derided as ‘astrology for men.’
To take a step back, there’s a thread of financial lore which connects economic events with wider natural, planetary and cosmic systems, which seems increasingly relevant today. Last year, I interviewed an economist called Mikhail, whose research shows that the long history of financial crises continues to demonstrate an eerie correspondence with the rhythm of solar cycles since the 18th century. He doesn’t claim a causality, but like any data scientist, he finds a strong correlation difficult to ignore. Meanwhile, my collaborator Klara Kofen has been researching the so-called General Crisis around the 17th century, a period of intense global conflict and disarray, which also happened to coincide with ‘Maunder Minimum,’ a period of exceptionally low solar activity linked to global cooling.

In corporate finance, sometimes more mystical concepts like astrology can be seen as silly or taboo. How do you aim to challenge that perception? What kind of perspective on financial astrology are you trying to express?
I’m agnostic towards astrology and far more critical of contemporary finance, but both are ‘mystical’ insofar as they are belief-based systems held in tension by an uncertain world. But while financial astrology inspires an openness towards connections between human patterns and the cosmos, the wider financial system is wilfully obfuscatory, destructive and self-serving, all while operating under the posture of analytical rigour. Astrology might be mystical, but what's stranger is for finance to be considered rational. Against this dissonance, it’s unsurprising that financial astrologers have discreetly found plenty of clients seeking their advice in the industry. I’m less interested in challenging the perceptions of astrology than using its lens to explore the operative fictions by which finance (and futurity) are animated.
Let’s talk about your recent work, Dead Cat Bounce: An Oratorio about Finance and Catastrophe. This project combines comedy, opera and synth-pop, and is performed by four instrumentalists, eighteen chorus members and three soloists. How does one go about creating something this big?
Dead Cat Bounce started with a preoccupation with a story about five hitmen who hire each other for a job they never finish. It’s a story that has the structure of a joke: an expectation is set up and then constantly deferred until the process of deferral itself becomes the punchline. This became a container for five different vignettes about finance and catastrophe, a way to crystallise some ideas around weird temporalities into an experimental narrative form. Waste Paper Opera already wanted to write an oratorio, a type of ritualised church performance typically used to tell a sacred narrative, relying heavily on a choir, so we had a formal skeleton. We were very lucky to work with incredibly virtuosic and committed musicians and technicians, especially given how little rehearsal time we had — only about two days with the full cast and chorus together. It was a chaotic process, but it came together joyfully.
You worked on this project with Klara Kofen and James Oldham from Waste Paper Opera. What was the collaboration process like? How did you make creative decisions as a team?
All the key creative decisions were made collaboratively, mostly at the pub. There was a pretty good division of labour as well, with the onerous producing and logistical work split between us. Next time, we’ll get a producer… James composed the score, devised it with the performers and led the choir. Klara and I wrote the libretto together, and then Klara led on costumes while I made the set. However, as a newcomer to the medium, I also felt like a lucky hitchhiker on a collaborative performance-making practice that they'd honed together for many years.

Last year, you presented your work, Cycle 25, which explored the relationship between solar cycles and financial events. Evidently, this piece required a lot of research into astronomy, economics and ecology. Why do you think it’s important to do such extensive research on these topics for your projects?
My work is often driven by impulsive curiosities and accidental encounters – say, with a financial astrologer, or a catastrophe modeller – working in an area that I’m interested in. These practitioners also become a kind of interlocutor to the work, so it calls for a certain rigour about how those ideas and stories take shape.
What is something interesting that you have learned from your research?
I’ve been told that 2025-2026, the peak of the current solar cycle, is going to be rough.
Lastly, you’ve explored various topics within financial fictions and have combined many disciplines in your work. What new subjects or areas of finance do you want to investigate in the future?
Right now, I’m editing a book called Catastrophe Time!, to come out with Strange Attractor and MIT Press next year, which will wrap up some of my work around finance. It brings together short stories and essays by myself and others exploring weird temporalities and financial fictions. I’m thinking about a project that might unfold over the next two or three years, but it’s all a bit embryonic. Lately, I’ve found myself more drawn to more grounded ideas around embodiment, land and metabolism – maybe trying to find a way back from all these cosmic abstractions.